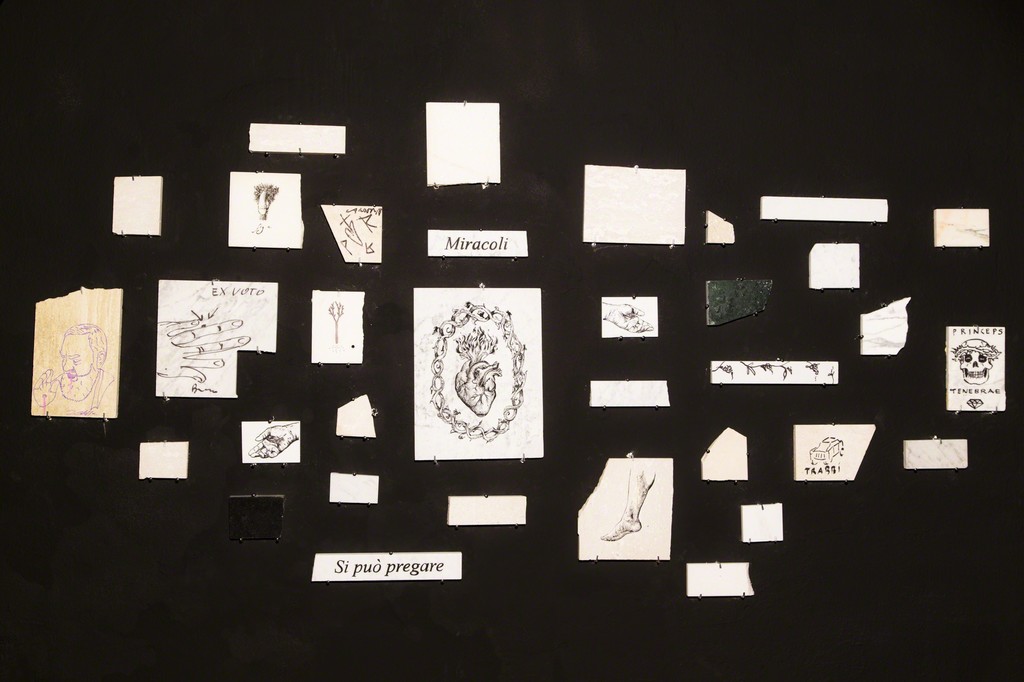 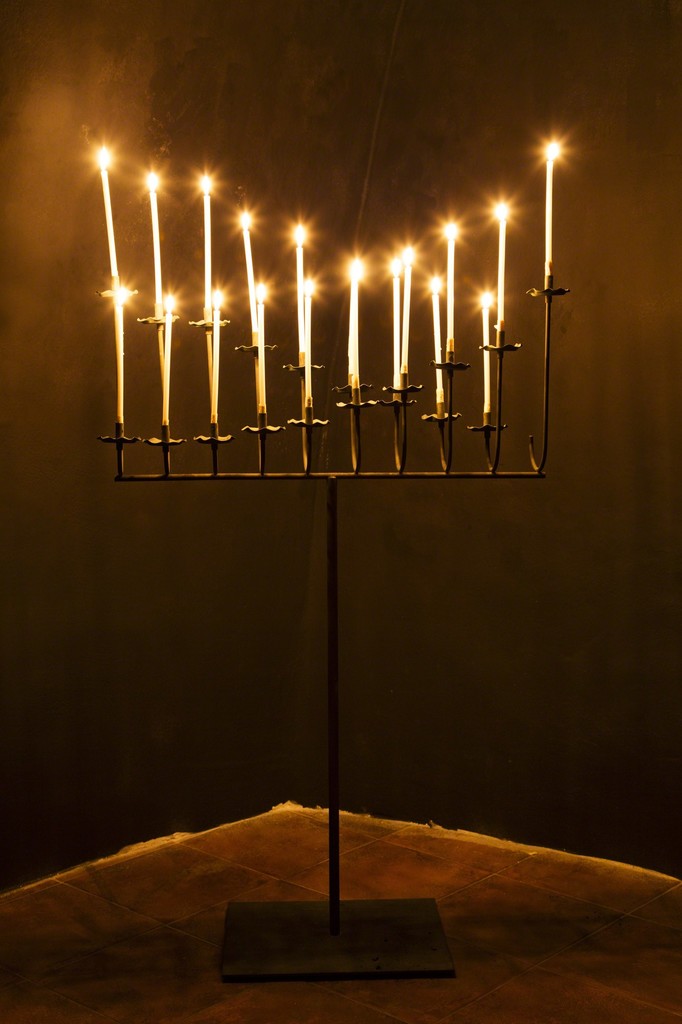 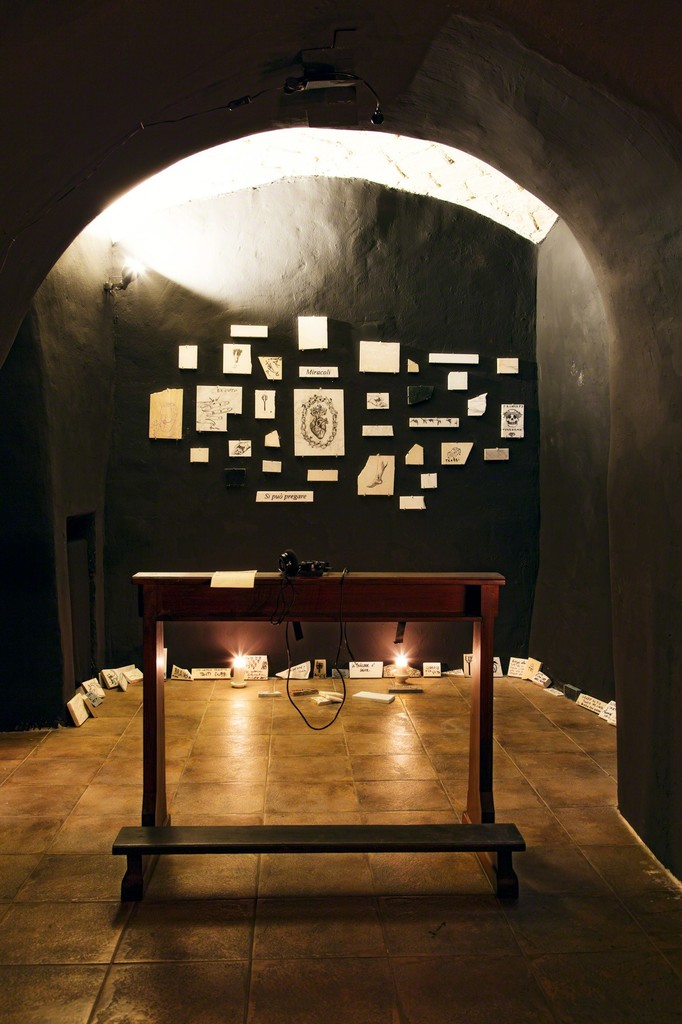 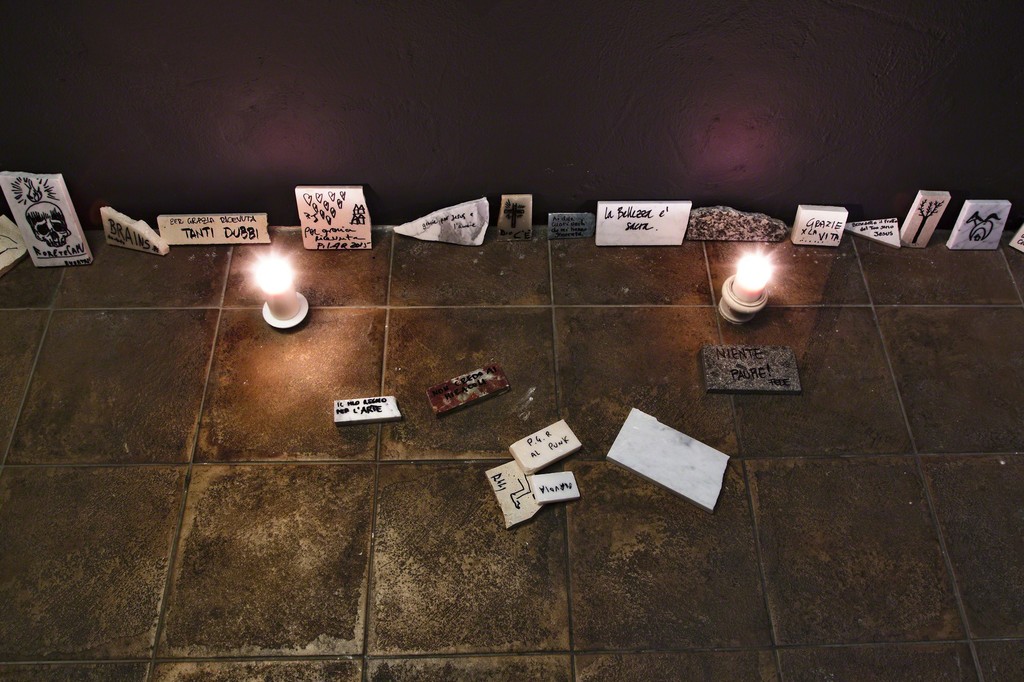 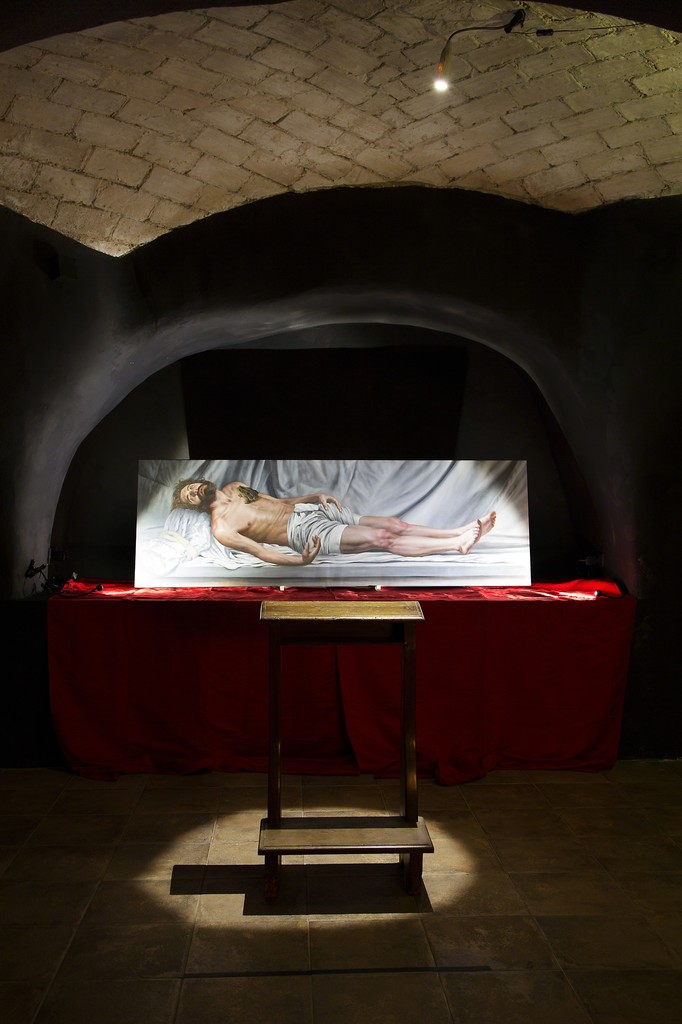 The exhibition, entitled Hyperbaroque is by the Spanish artist, Jesus Herrera Martinez who returns for his first solo show in Italy after his experience at the Spanish Royal Academy in Rome. His work represents a celebration of the famed sixteenth century cultural movement, known as the Baroque. The exhibition revolves around a series of works which represent the quintessence of Baroque theatricality in its most splendid academic and classic expression.
Jesus Herrera approaches the Baroque with profound irony, provocation and a faintly exhibitionist air of punk culture. In his hands, representations of parables, miracles and still life, which would be the pride of any sixteenth century picture gallery, succumb to surreal incursions in the vein of Terry Gilliam which immediately catapult them into the contemporary world.
His small oil paintings, or “postcards” are a direct continuation of his work at the Academy, while his larger canvases play on the contrast between the perfection of technique and the audacity of the message which is the essence of Mannerist art. Using the pictorial mastery of Domenichino and the punk approach of a modern-day Caravaggio, Jesus produces an altarpiece of monumental dimensions portraying images hovering between the religious and derisory which celebrate his very own miracles.
Jesus’ work plays on the tendency of the Baroque to unsettle viewers with its spectacle and illusion, often creating visual Chinese boxes to do so: the viewer’s attention is captured by small views in oil of the Grand Tour, painted as a trompe-l’oeil, which become improbable postcards hung on walls. In other works, the figures depicted in the sacred scenes, so dear to Italian pictorial tradition, are surrounded by Hollywood explosions of style and are nothing but the recurring and paradoxical representations of the same subject: the artist.
In the project room, Jesus Herrera continues his descent into the Baroque fantasy world by using votive offerings and sacred relics to transform the space into the ideal and dramatic setting of a crypt.
This exhibition is the ideological culmination of the Roman adventure of an outstanding painter which, initiating in the historical institution of the Spanish Royal Academy, explodes in the White Noise Gallery with a surreal and spectacular tribute to a cultural movement which made Rome the centre of the world.