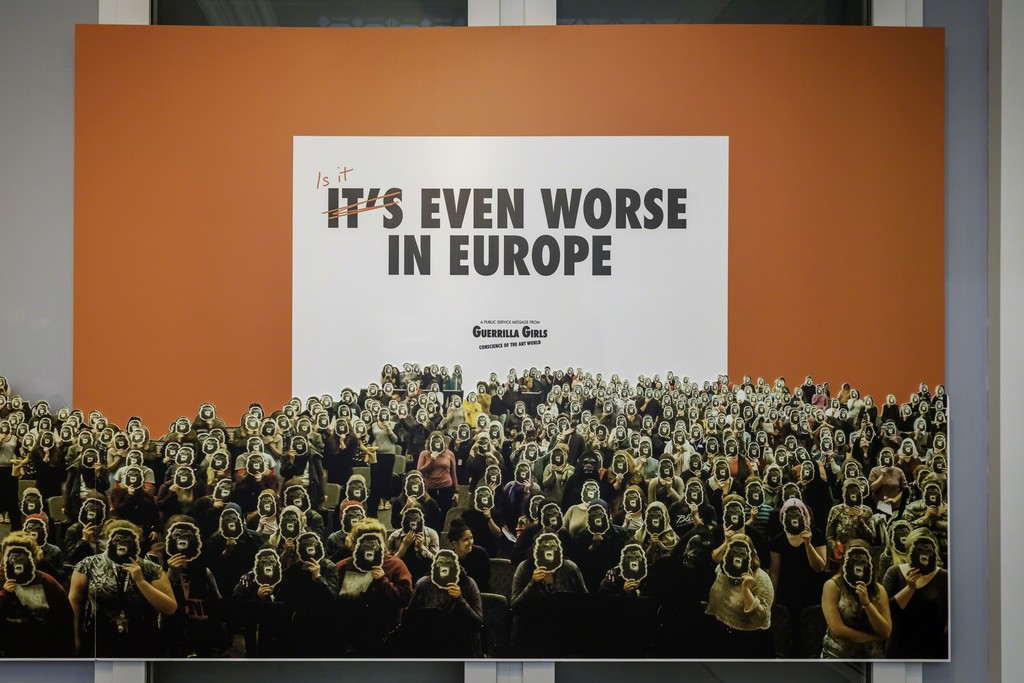 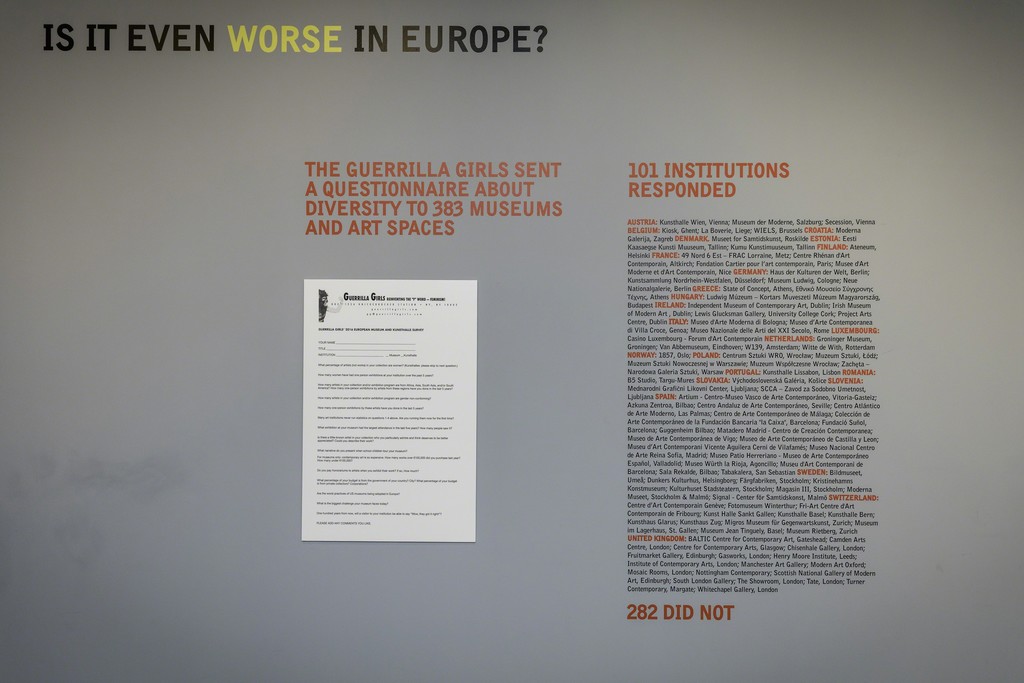 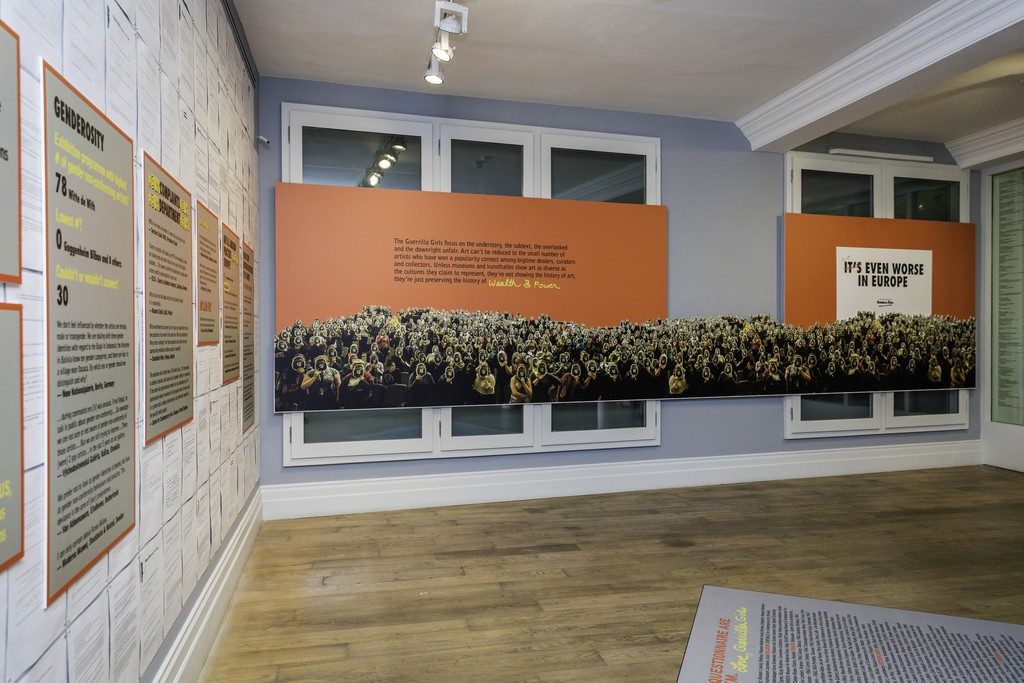 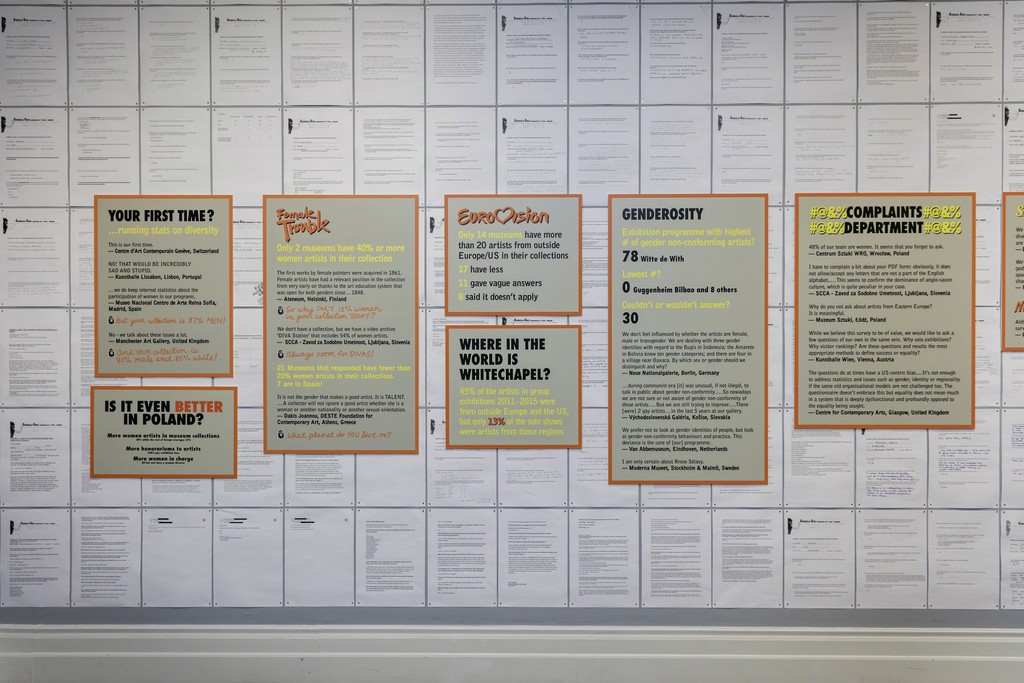 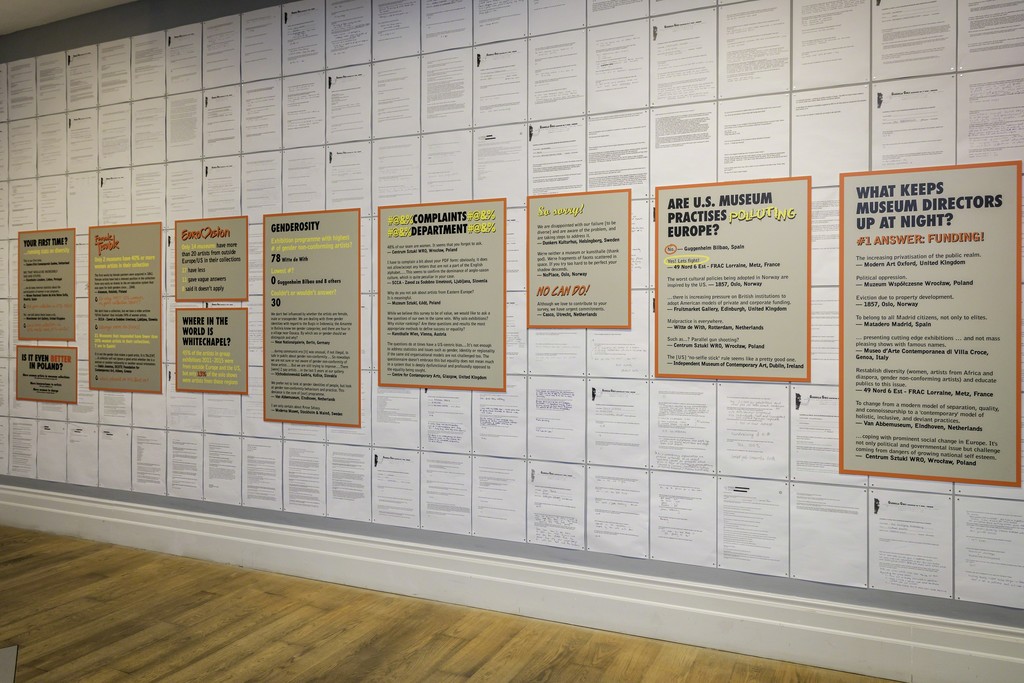 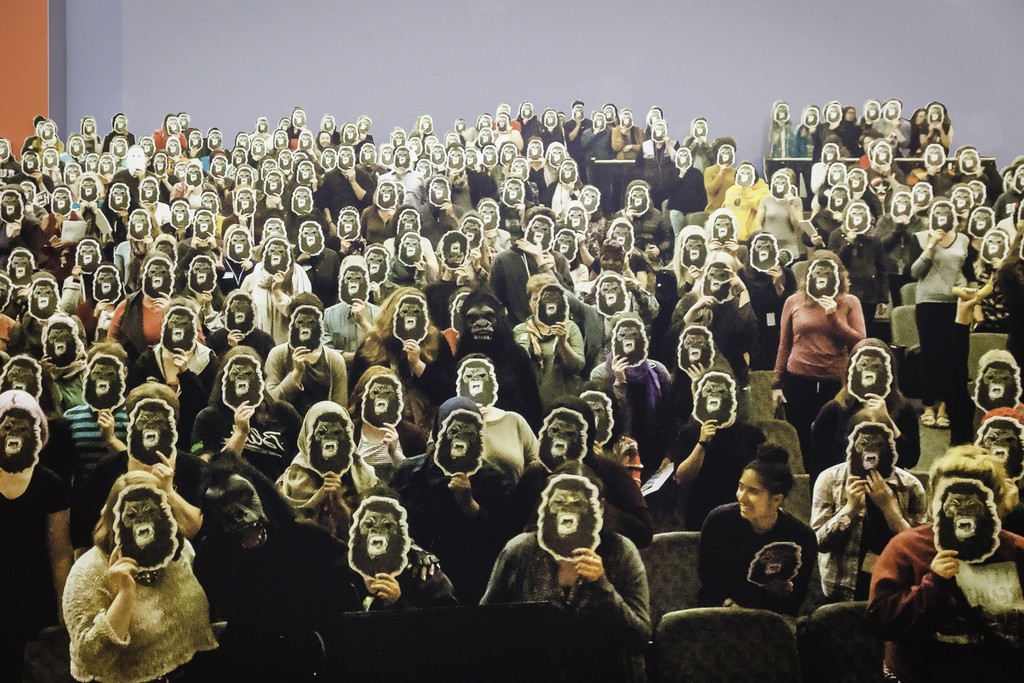 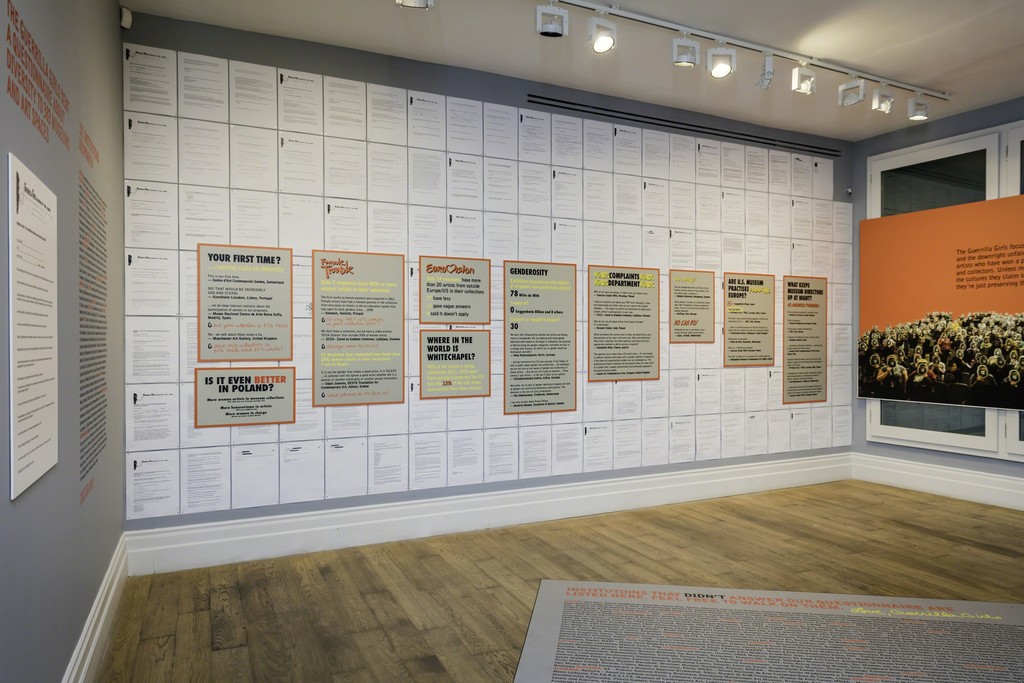 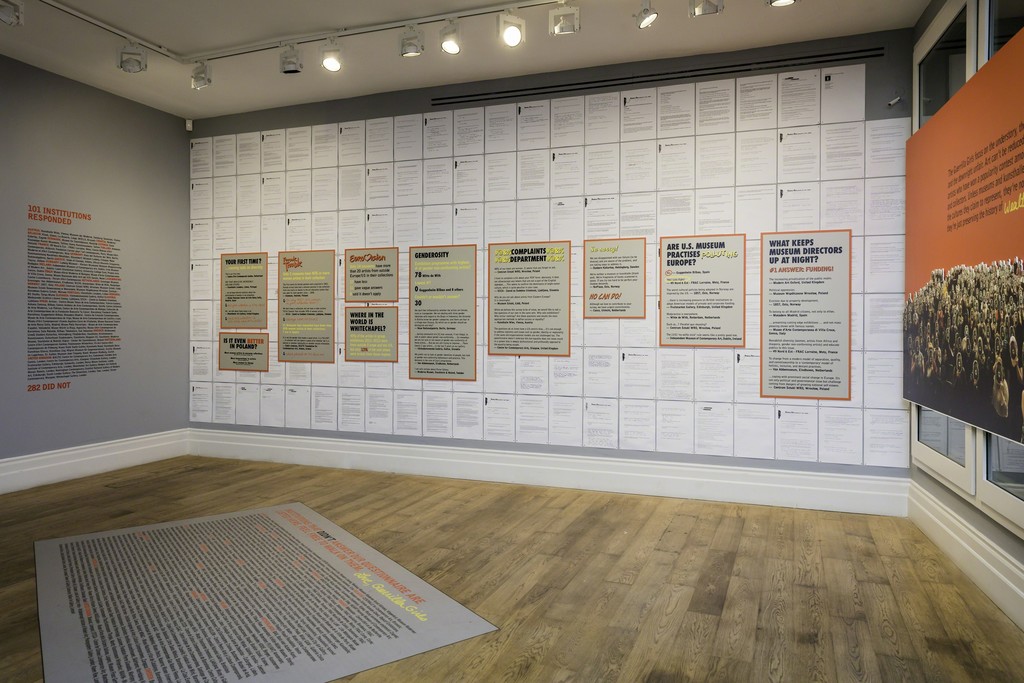 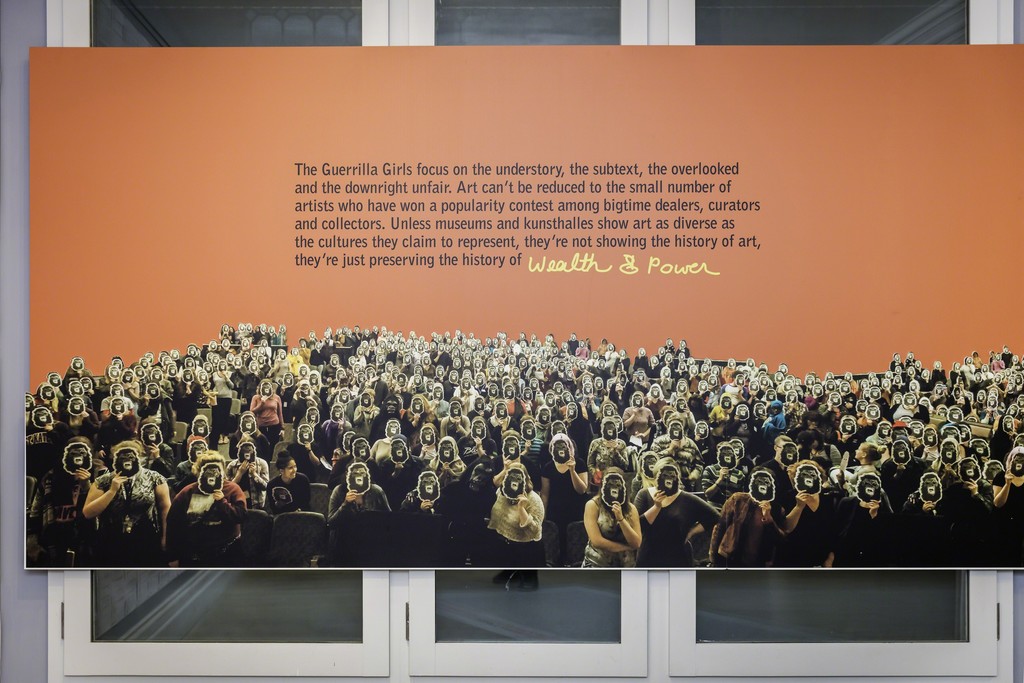 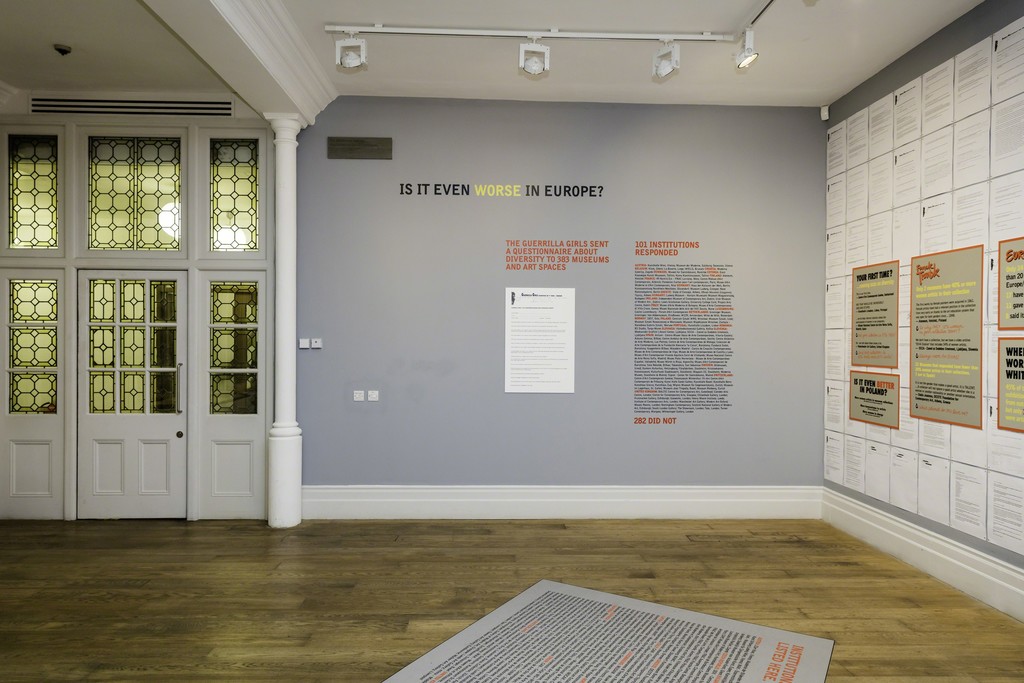 The Guerrilla Girls revisit their 1986 poster “It’s Even Worse in Europe” in a new display at the Whitechapel Gallery. The project is based on information gathered from museums across Europe about the representation of artists who are female, gender non-conforming or from Africa, Asia, South Asia and South America.

Obtained via questionnaires sent to the directors of European museums, the project presents new statistics on the state of museums and galleries in the continent. Archival material illuminating the group’s inner workings, from research and production to public response are also on show.

Founded in 1985, the Guerrilla Girls are a group of anonymous, feminist activists. Each member of the group takes the name of a dead woman artist as a pseudonym and hides their identity in public under gorilla masks. Using facts, humour and fake fur, they produce posters, banners, stickers, billboards, projections and other public projects that expose sexism, racism and corruption in art, film, politics and culture at large.

Coinciding with this new commission and exhibition, the Guerrilla Girls will also lead a week-long major public project at Tate Modern (4 – 9 October 2016), as part of Tate Exchange.