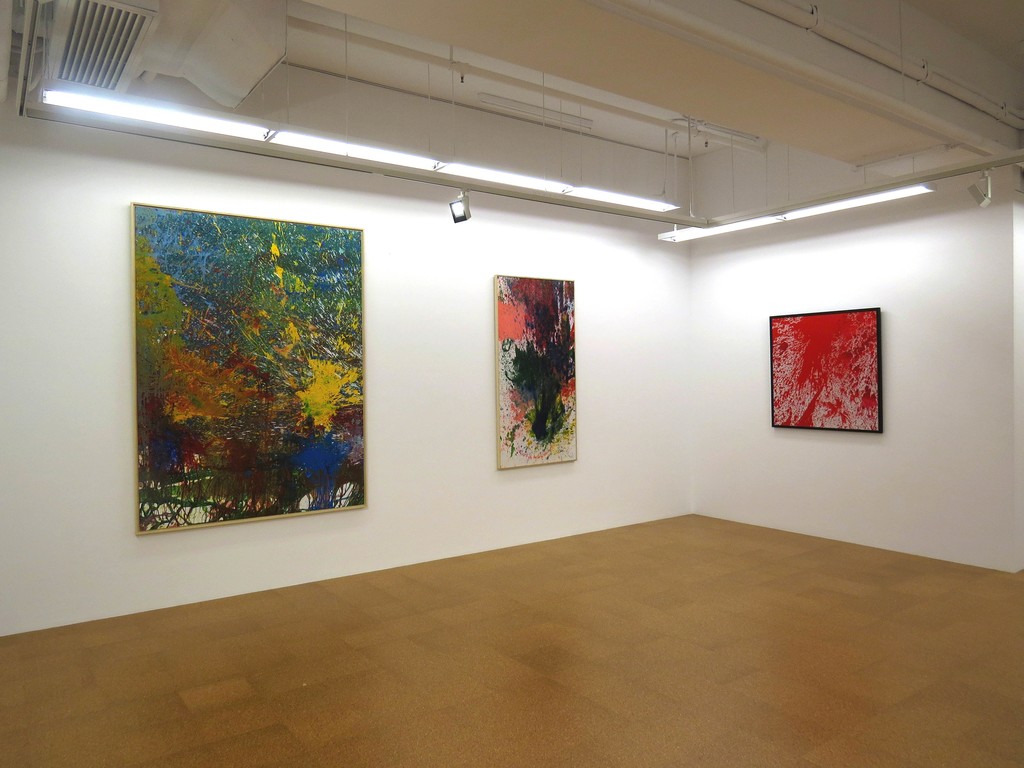 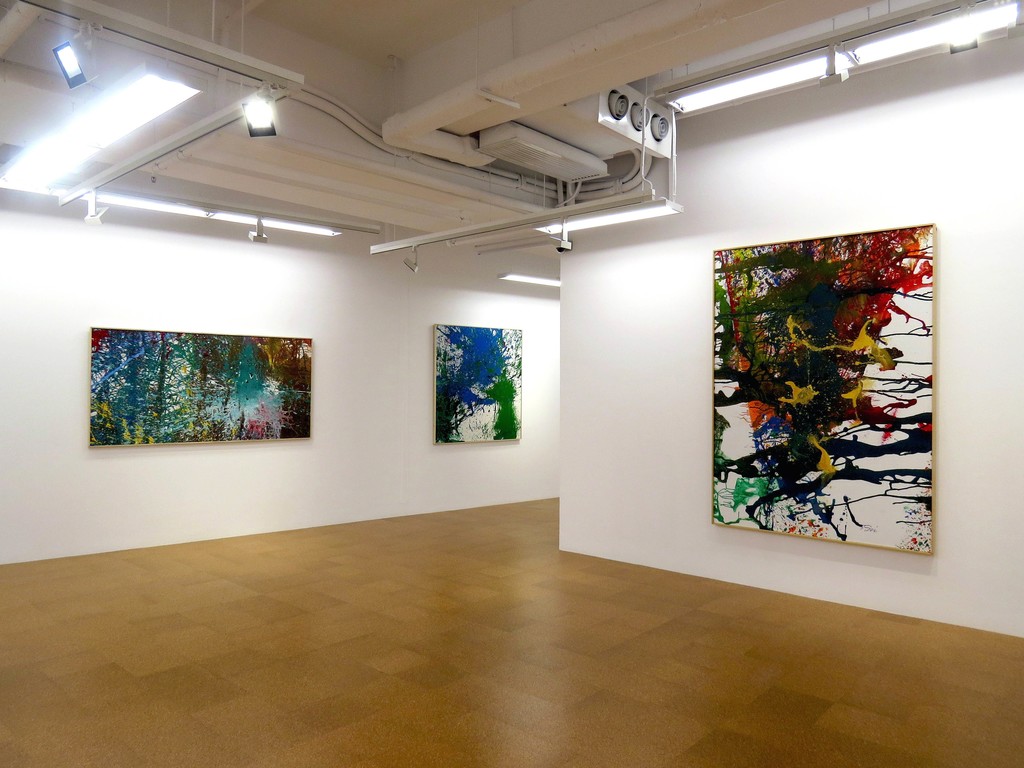 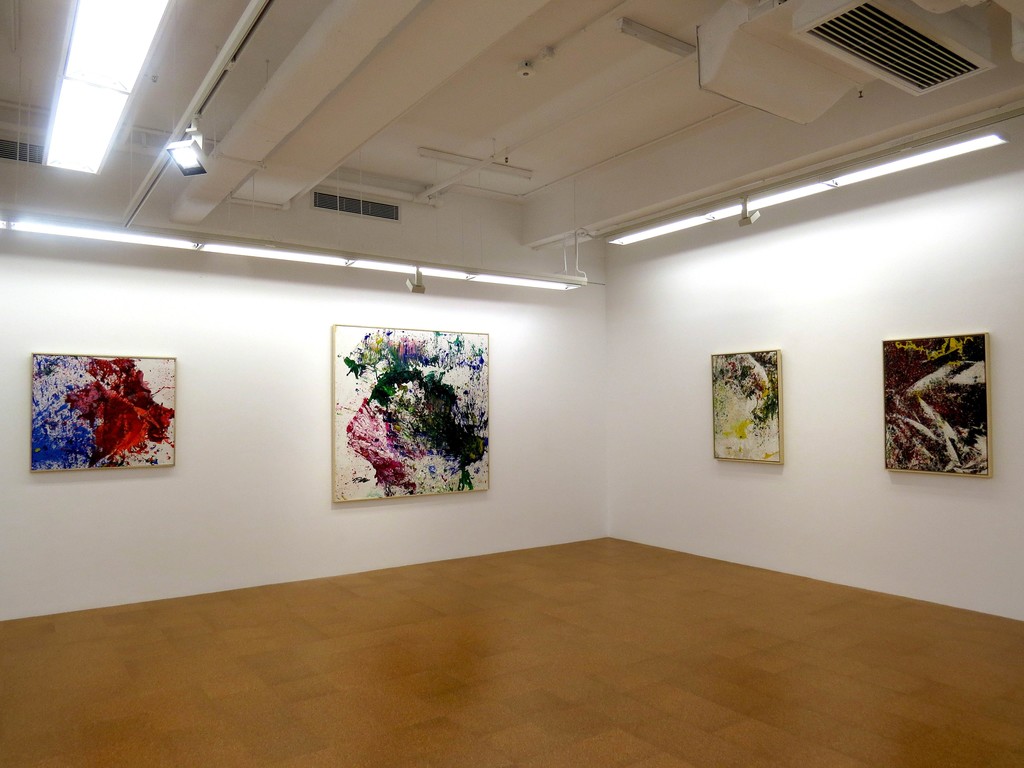 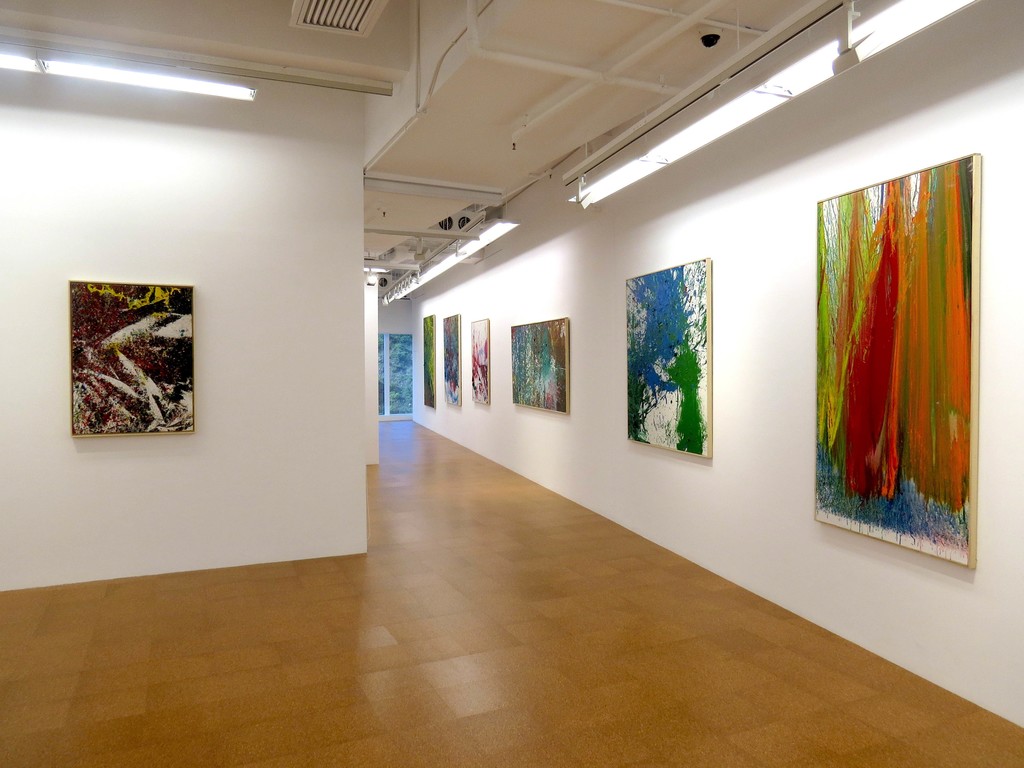 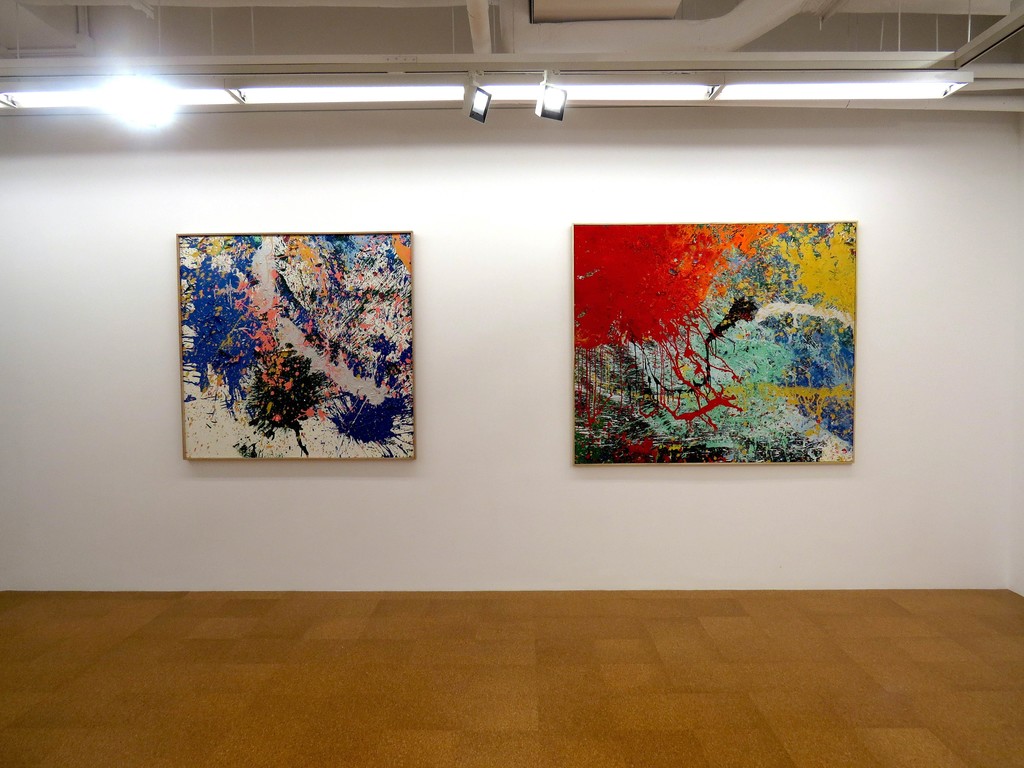 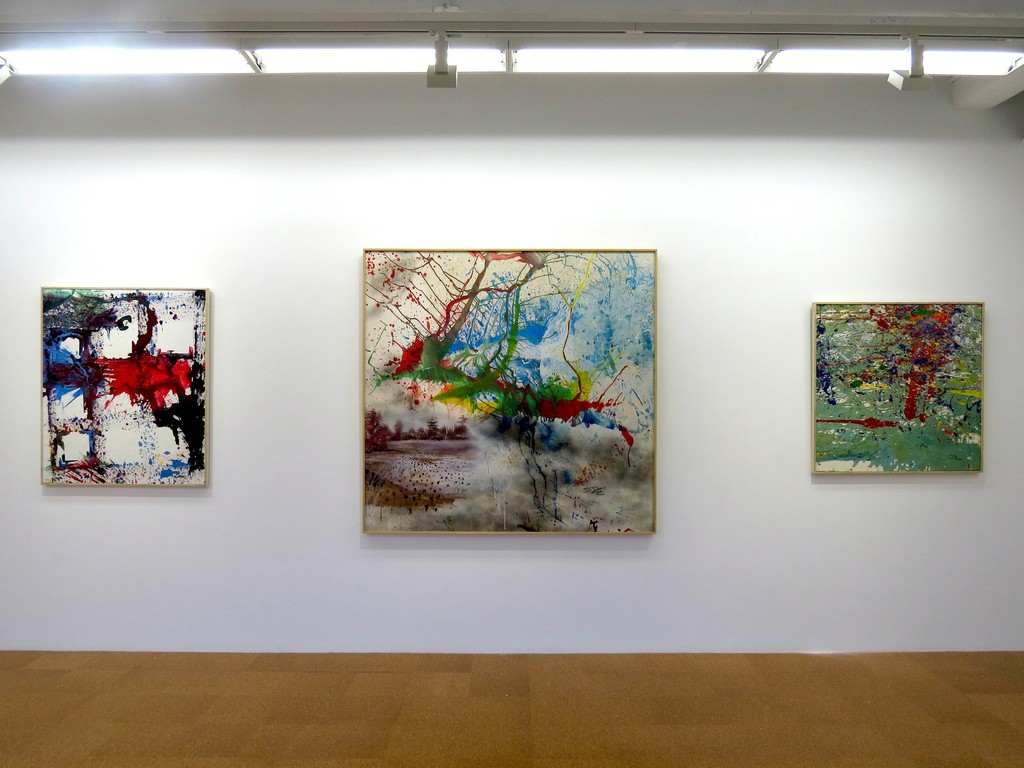 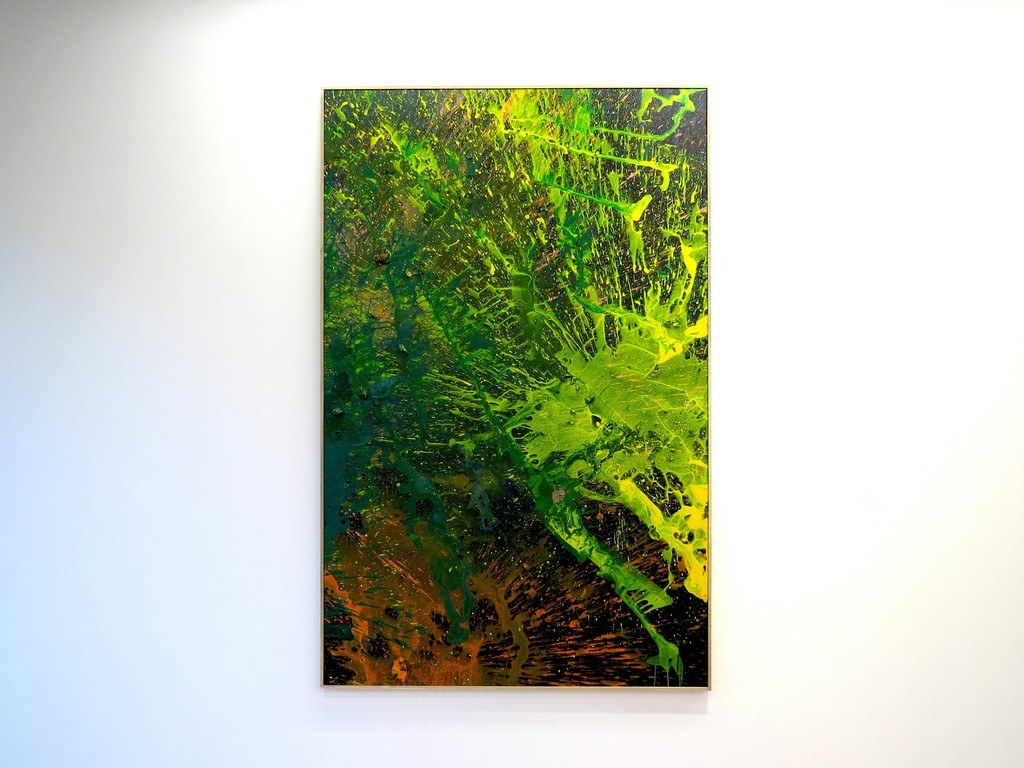 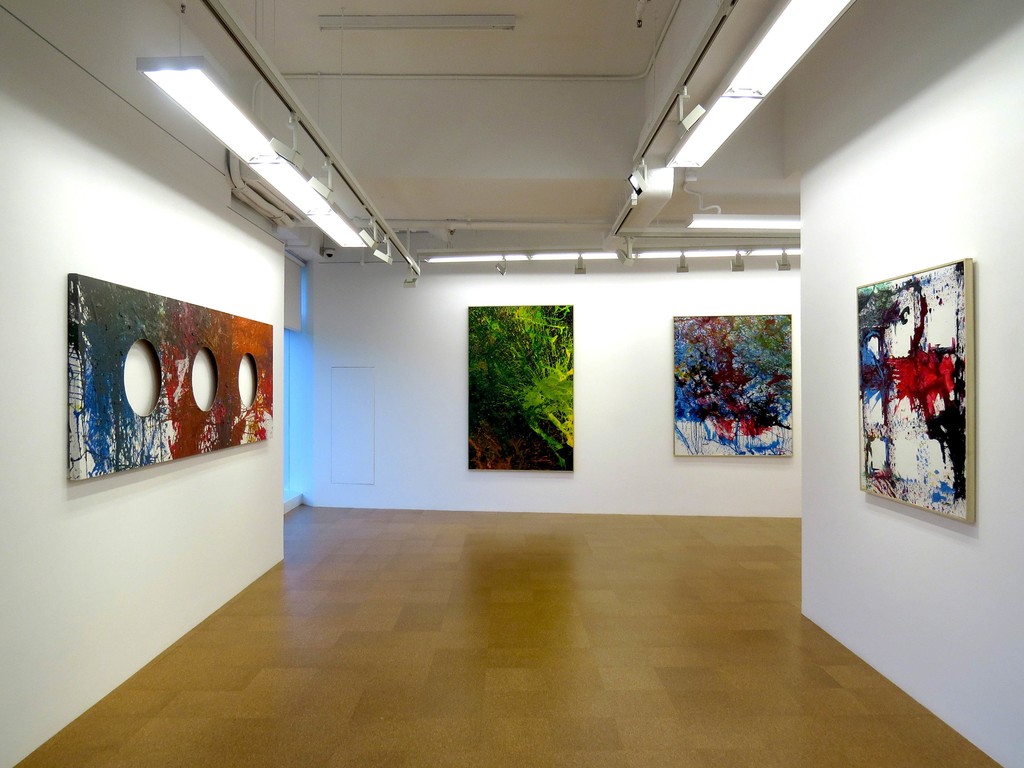 Whitestone Gallery is proud to present the first solo exhibition of Shozo Shimamoto A Serious Bluffer in Hong Kong.
As a founding member of Gutai Art Association, Shimamoto emerged as a key figure in the Japanese avant-garde in the early 1950s with his attempt to embody space, action, and physicality.
In 1956, Shimamoto used acetylene gas to blast paint out from four-meter-long cannon to the surface of a large sheet of vinyl. Instantly, the discharged paint from the explosion flew over the surface of the vinyl and created the physical traces of color and material. This later developed into the method of throwing bottles filled with paint on a canvas placed on the floor, leaving traces of fragmented pieces of glass and pigment.
The artists bodily engagement with creation process, and celebration of individuality continued even more vigorously after the disbandment of Gutai Art Association in 1972. Shimamoto challenged the scale and method of art making with his innovative performances all around the world; global scale mail art, use of a helicopter and a Balloon forbottle crashpieces, and unconventional ways of employing music, movie, and dance for performances. Throughout his long artist career, Shimamoto practiced eccentric ideas and fiery performances relentlessly. This solo exhibition will be highlighting the artists colorful character and his physical engagement with creation by displaying paintings mostly from the artists performances between 2009 to 2011, including rare pieces from Shimamotos ambitious 100 year project Heiwa no Akashi(A proof of peace) which was initiated when the artist first met the American nuclear physicist Bern Porter in 1986, and realized as a performance at the monumental site in Nishinomiya Yacht Harbor every year since the year 2000. Many of works have never been showcased before and it is the great pleasure of the gallery to bring fresh works of the artist for his very first solo show in Hong Kong.
With a generous support from shimamoto LAB Inc., the exhibition will be an in-depth introduction of the artist along with his fresh and extensive oeuvre, each still exuding a vibrant individuality, and incredible energy.

About Gutai art Association
The Gutai Art Association was an art group formed in 1954 by a collection of young artists living in the Kansai region and led by Jiro Yoshihara, The name "Gutai" was meant to "present concrete proof that our spirit is free.” "Sprit" was considered to be specific to each individual but also an abstract entity. Gutai's leader Yoshihara Jiro, therefore, relentlessly demanded that the group's members make art unlike any that had ever existed in the past, and further, that these expressions be abstract in nature. He also organized exhibitions to show their work in parks, on stage and in the sky in hopes of encouraging them to generate new ideas free of the existing framework of art.
The group was highly acclaimed abroad and the name "GUTAI" came to be widely recognized in the Western art world in the late '50s. Recently, The National Art Center, Tokyo (2012), and The Guggenheim Museum, New York (2013) presented the Gutai Art Association and its artists along with their challenging sprit and creative energy of the age.