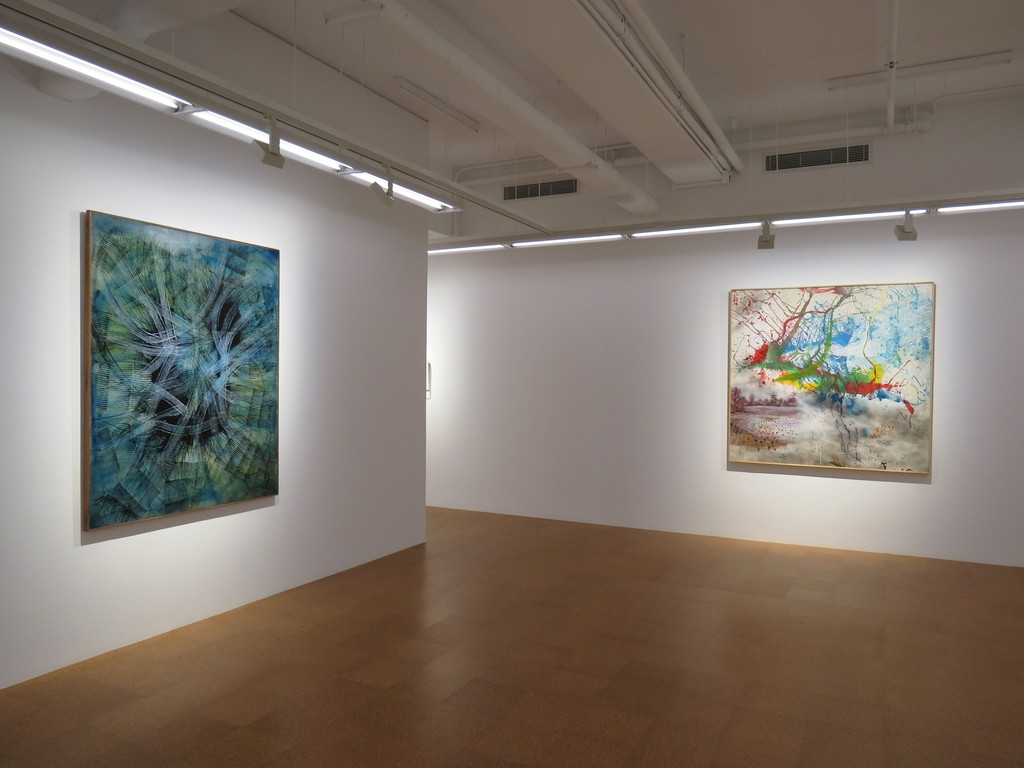 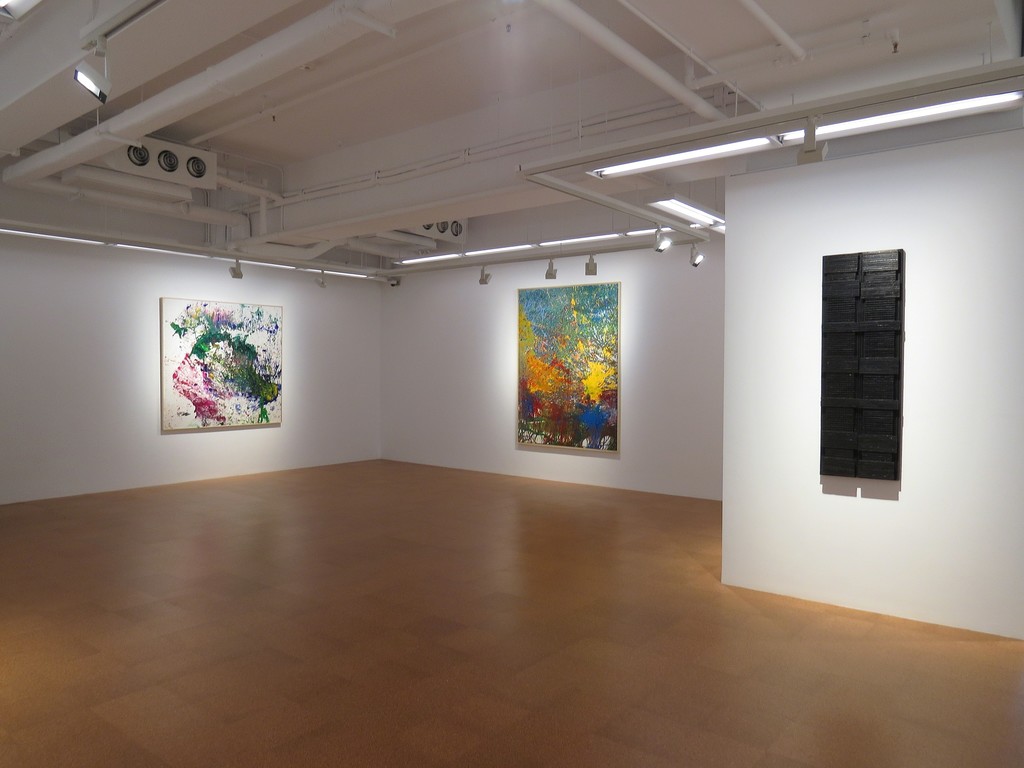 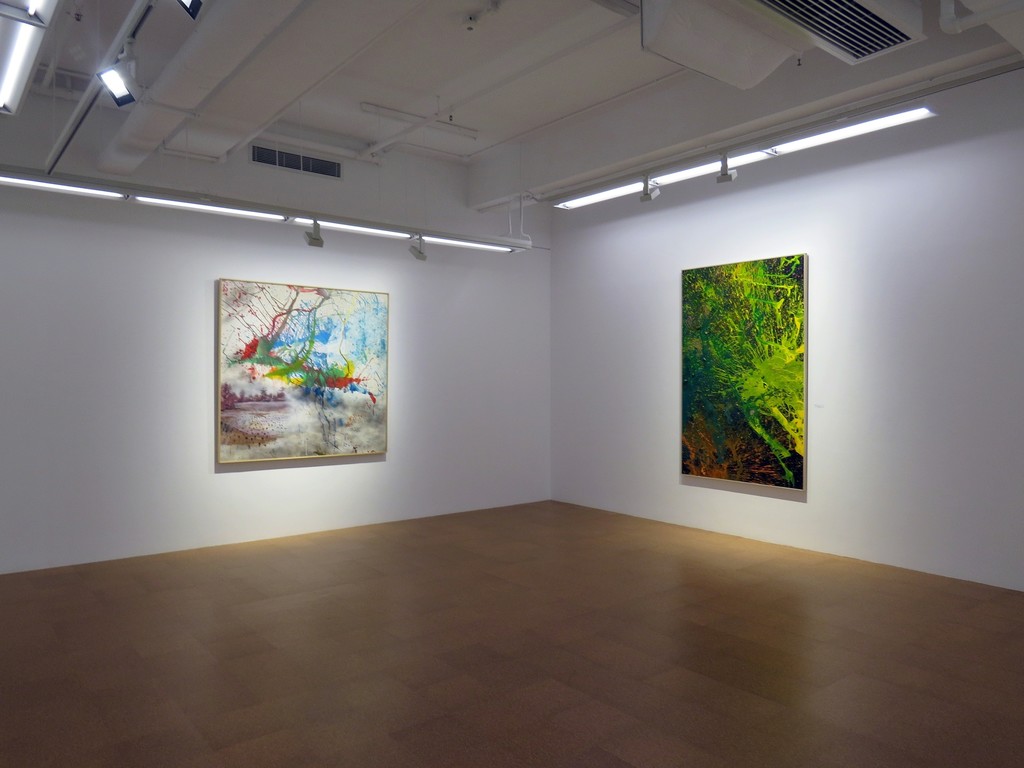 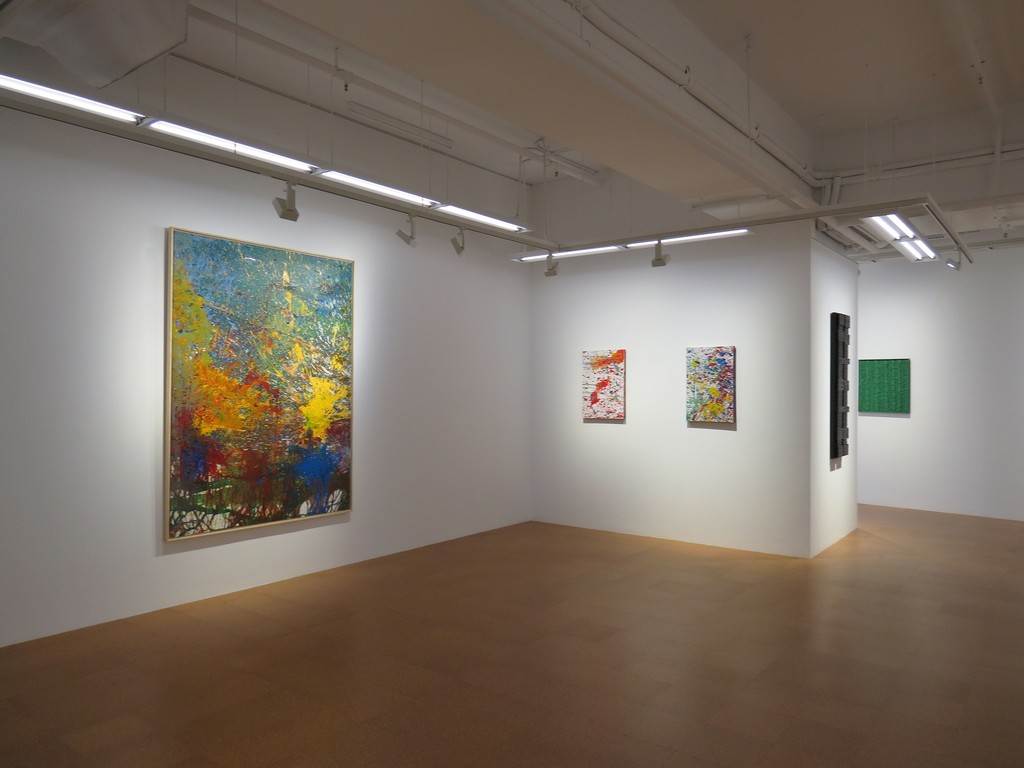 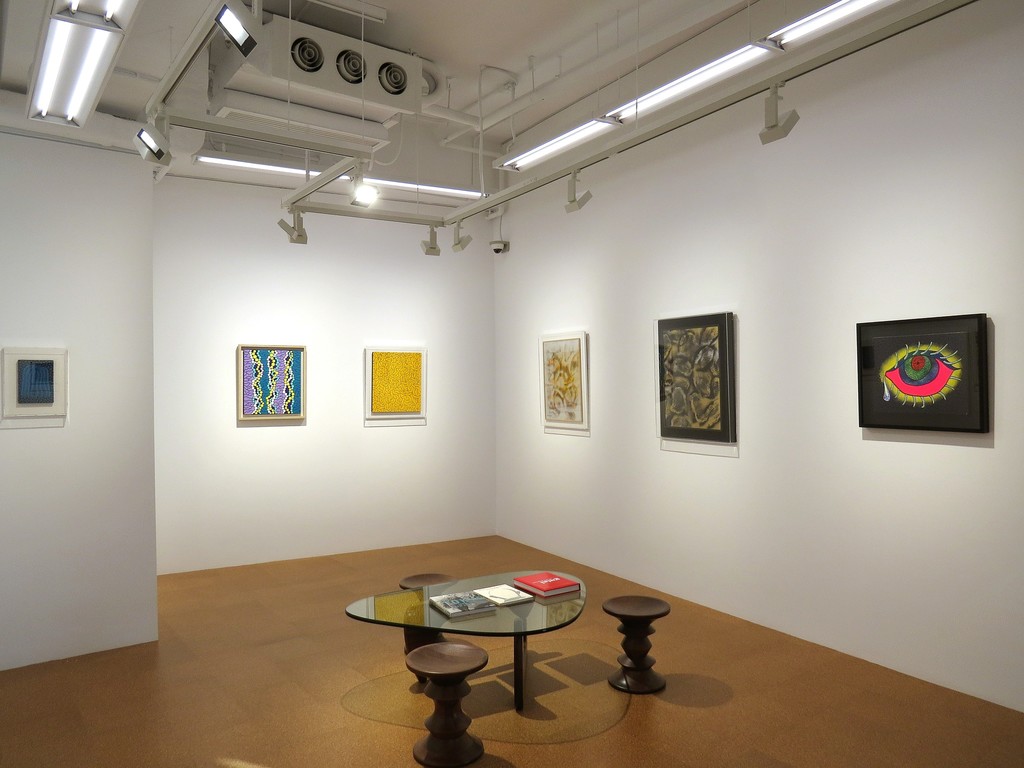 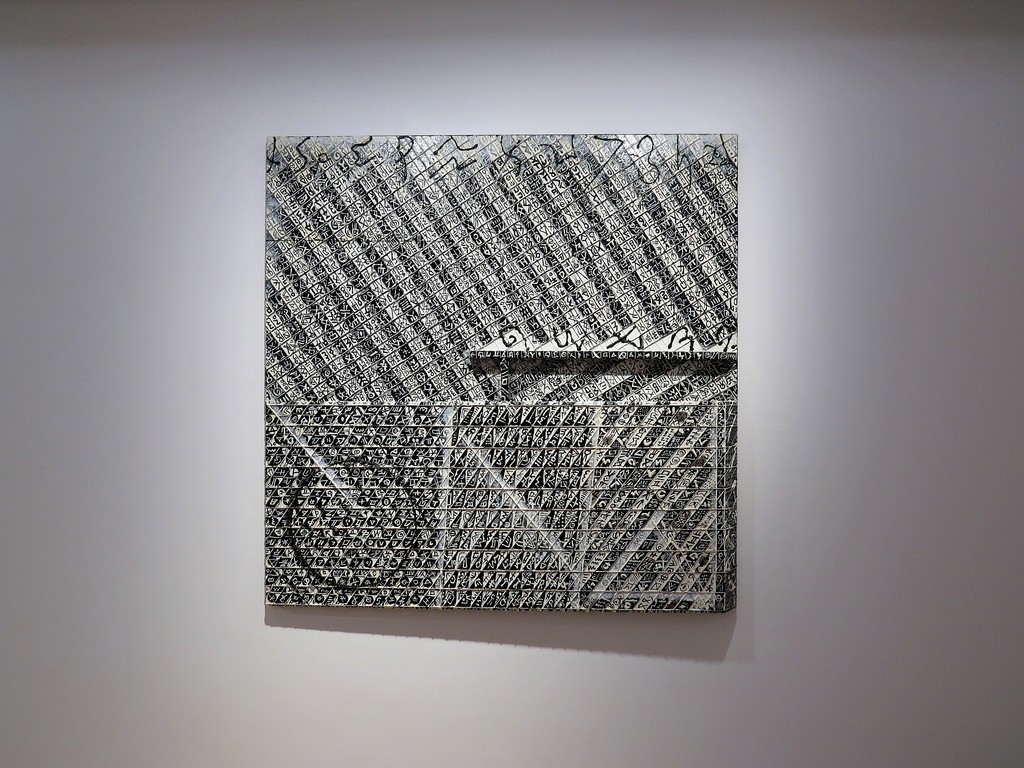 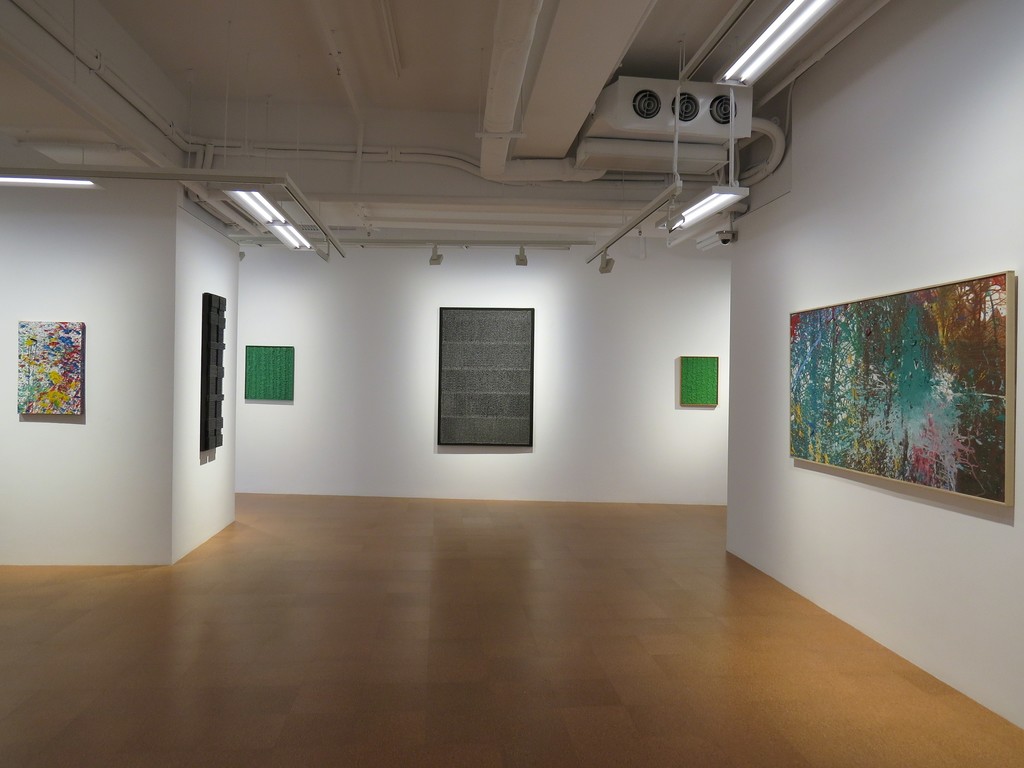 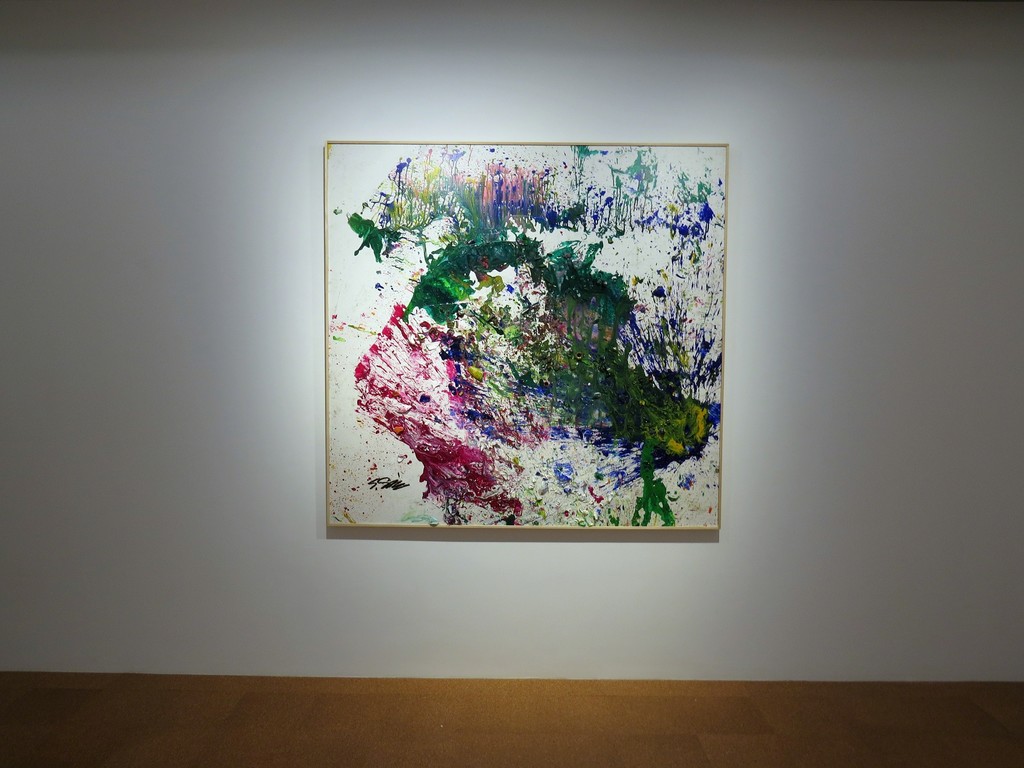 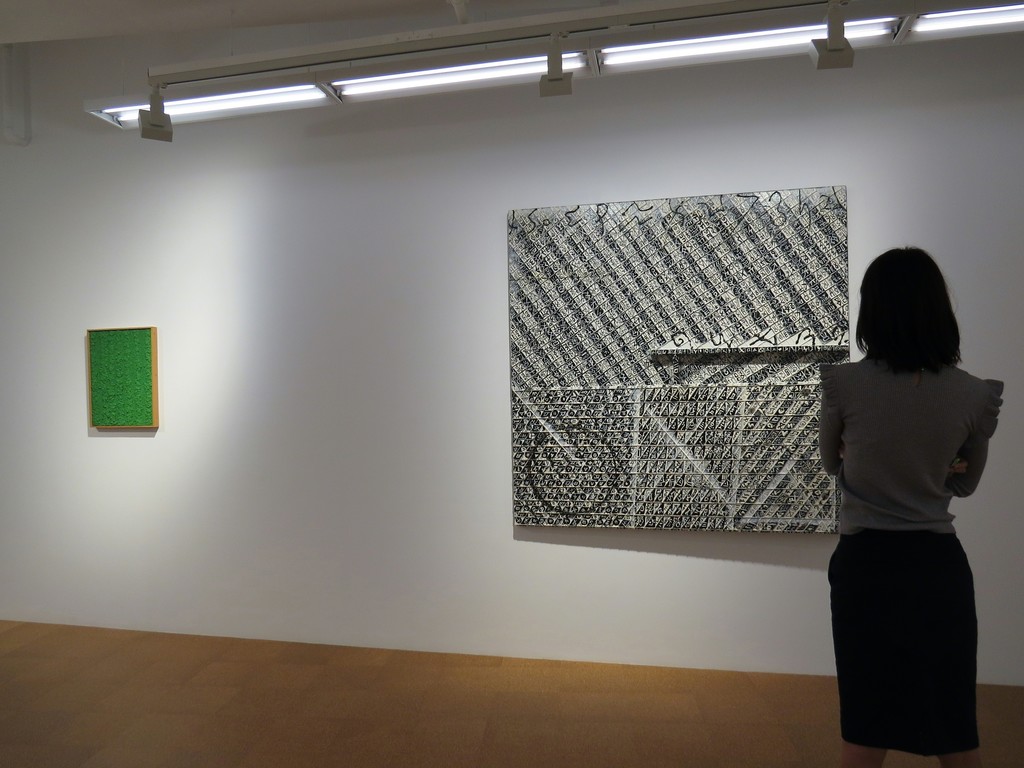 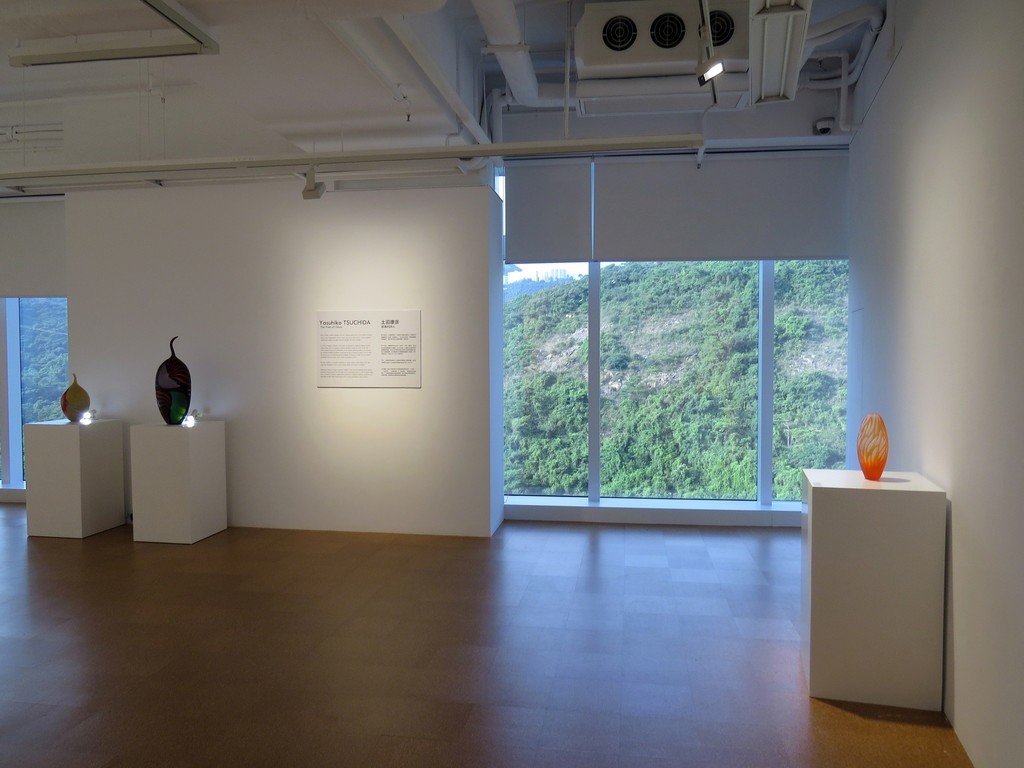 The exhibition features selected artist`s works from Whitestone Gallery collection: Yayoi Kusama, and following artists from Gutai art movement; Shozo Shimamoto, Chiyu Uemae, Tsuyoshi Maekawa, Yasuo Sumi, Yuko Nasaka, and a special exhibition of Yasuhiko Tsuchida.
Whitestone Gallery, in conjunction with Whitestone Art Foundation and Karuizawa New Art Museum, has been dedicated to introducing Japanese avant-garde art moments, and artists for the last five years. Its large collection, spanning the period of postwar Japan (early 1950s) to up until recent years, not only focuses on the historical significance in the context of art history, but also emphasizes the development of individual artists throughout the years.

Back in the early 1960s, Yayoi Kusama was based in New York, and actively introduced her groundbreakingInfinity Netsseries and soft-sculpture installations. In the meantime, Gutai group was based in Kansai region and tried to expend the boundaries of the form of art by challenging conventional ways and exploring performing art, action painting, and environmental installations. Despite the physical distance, Yayoi Kusama and artists from Gutai art movement participated Nul Exhibition in 1965 at the Stedelijk Museum in Amsterdam, and MoMAs 1966 exhibition The New Japanese Painting and sculpture as innovative Japanese artists of the period.
A half-century later, Yayoi Kusama and Gutai artists are one of the most important names in international art scene. Yayoi Kusama still creates her new series of works with vigor, and art lovers of all over the world with different generation and gender eagerly seek after her creations.
As for the Gutai art movement, the Guggenheim exhibition Splendid playground, and Tokyo 1955-1970: A New Avant-Garde at MoMA in 2013, shed new light on the group`s historical significance and their potent influence on art history.

Born in Osaka, Yasuhiko Tsuchida is the only Japanese glass artist to run an atelier in Murano Island in Italy. Nicknamed the Poet of Glass, much of his works revolves around producing majestic glass objects with poetic titles that resonate with space and light.
In 1996, his Bamboo Collection series which was inspired by Japanese bamboo received critical acclaim and was featured at several exhibitions around the world. By the year 2003, Tsuchida became the chief director of the Venetian Glass Laboratory, and received the Cultural Promotion Contributor Award from the city of Grosseto in Tuscany and won the Grand-Prix from the OPEN International Exhibition of Sculpture in 2008. He was invited to participate the Issey Miyake IM10 Project Competition in 2010.
This year, Tsuchida was invited to decorate the Japan Pavilion at Expo Milano 2015. His large scale installation work is on view at Expo Milano 2015 until 31st October.
Whitestone Gallery is proud to introduce Tsuchidas works from his acclaimed series; Bamboo Collection, Peacock series, The Crossroads of Fate, and Ryukyu series, for the first time in Hong Kong. We believe Tsuchidas sophisticated translation of Japanese traditional aesthetics and philosophy through Italian Murano glass will be a fresh experience for many viewers.