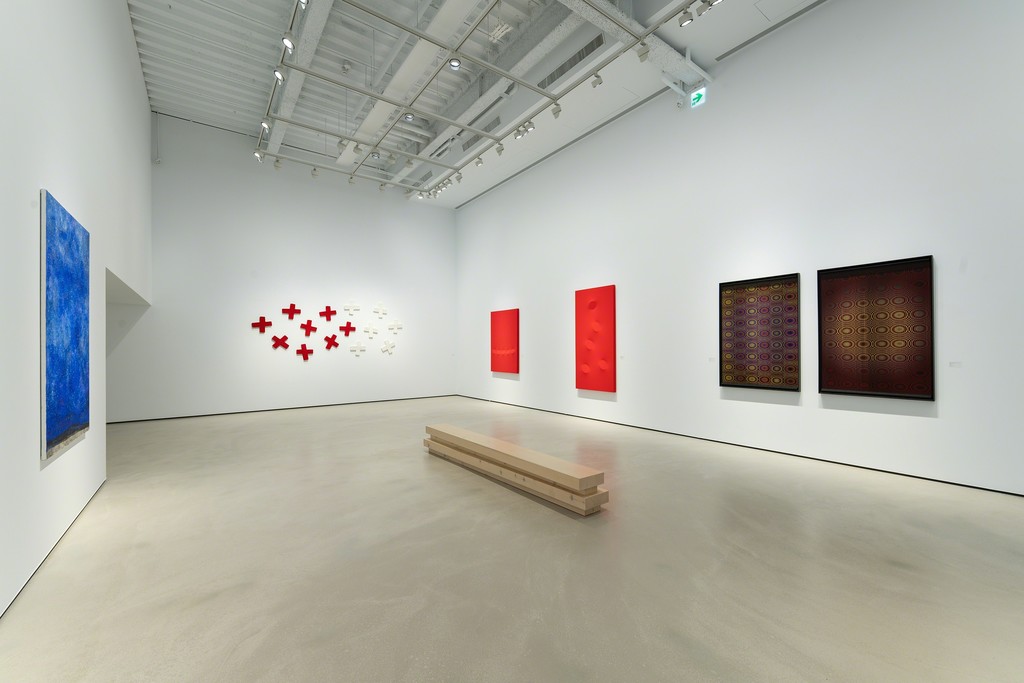 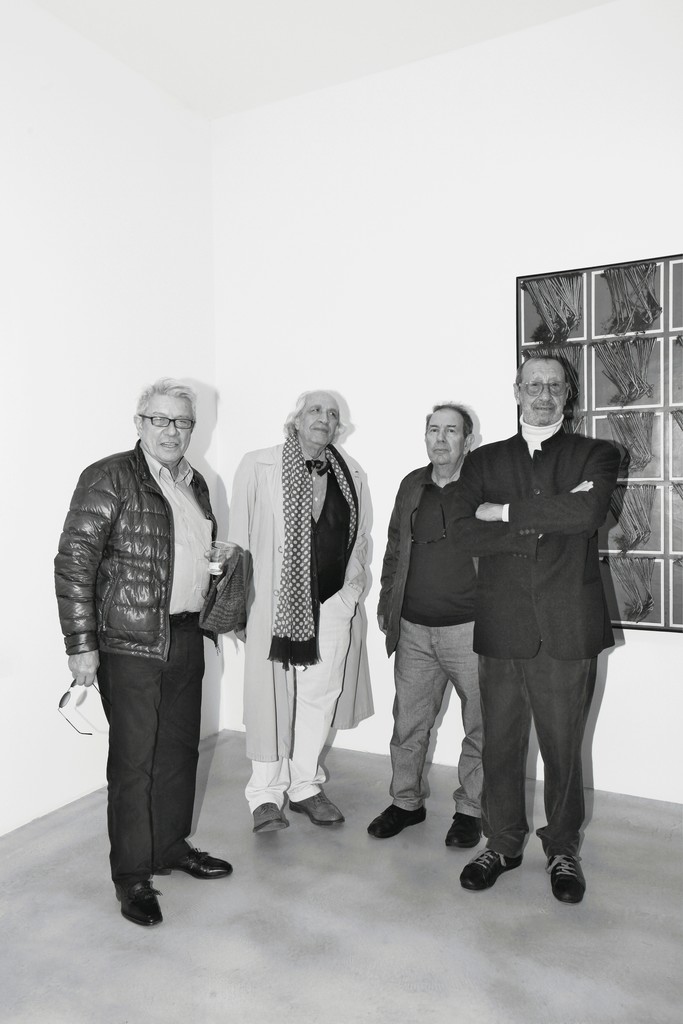 Whitestone Gallery Hong Kong is delighted to announce the opening of In the Matter of Color, curated by Matteo Galbiati. Following the success of the exhibition in our Taipei gallery last year, we are excited to present the exhibition in Hong Kong, with works of four Italian contemporary artists Natale Addamiano (b. 1943), Alberto Biasi (b. 1937), Pino Pinelli (b. 1938) and Turi Simeti (b. 1929). Color, as the crucial theme of the exhibition, is developed in different inclination, inspiration, and temperament through their works.

Natale Addamiano’s I cieli stellati series represents the epicenter and horizon of his imaginary, describe his passion for a traditionally implicit and expressed painting. The herald of lyrical and profound romanticism, surpass the very limits of the landscape the works try to convey. The infinite night sky enlivens the color into countless possibilities of interpretation; and renewed in the oversensitive sensibilities they move and solicit. Light and atmosphere, clouds and galaxies bypass their own representation and become a screen of lively suggestion for the eyes and the soul.

Alberto Biasi, the co-founder of Gruppo Enne, is a key player of the “New Trends” in Italian art in the context defined as Programmed Art. His geometric works explore the possibilities of optical illusions in painting and sculpture with their mathematical precision and elaborate symmetry. The artist aims towards a close relationship with the viewer that in it reveals a process of active, dynamic, and renewed interaction in time and in the varying circumstances of sight. Perception and movement, alterations or changes, apparent or virtual, act like innovative elements that strive to acting upon the structure of the work that constantly changes its physical and intuitive appeal.

Pino Pinelli was one of the most coherent and authoritative masters of Analytical Painting, characterized by the material components of the painting and the relationship between the painting and the artist. His creation grows without boundaries of a canvas, into expansive and dynamic forms. They take on the tactile form of elements that macroscopically highlight the sensibility manifest in the derma of the color itself; in the micro of the hidden essence what erupts to the extreme consequence is the act of breaking and defeating the unity of the “painting.” Leaving behind the canonical dimension of the painting and the rigor of structured geometry, his color material was able to evolve into a concrete act, scattered and present in the environment.

Turi Simeti, a member of the Zero group, is one of the young generation artists present in the 1965 group show Zero Avantgarde in Lucio Fontana’s studio in Milan. A primary element, the oval, is used as a multiplying sign of his artistic act, safeguarding the identity of his own personal analytical intuition. The act of painting in him leads the absolute silent monochrome layering of colors to encounter the sense of the object’s physicality. The canvas’s tension in enlivened in the extroversion according to a practice that outlines all the complex structure of relations, constructions, and energy forces that act under and behind them.

Concrete and shattered, monochrome or vibrant, optic or evocative, thick or scattered, the chromatic material leads to four considerations that, across their own stories and intermingling the artistic-cultural events and happenings, project their own reflection, and resulting aesthetics, into all of today’s relevance, which is the sign of unwavering work that continues today and has lots to tell and say.