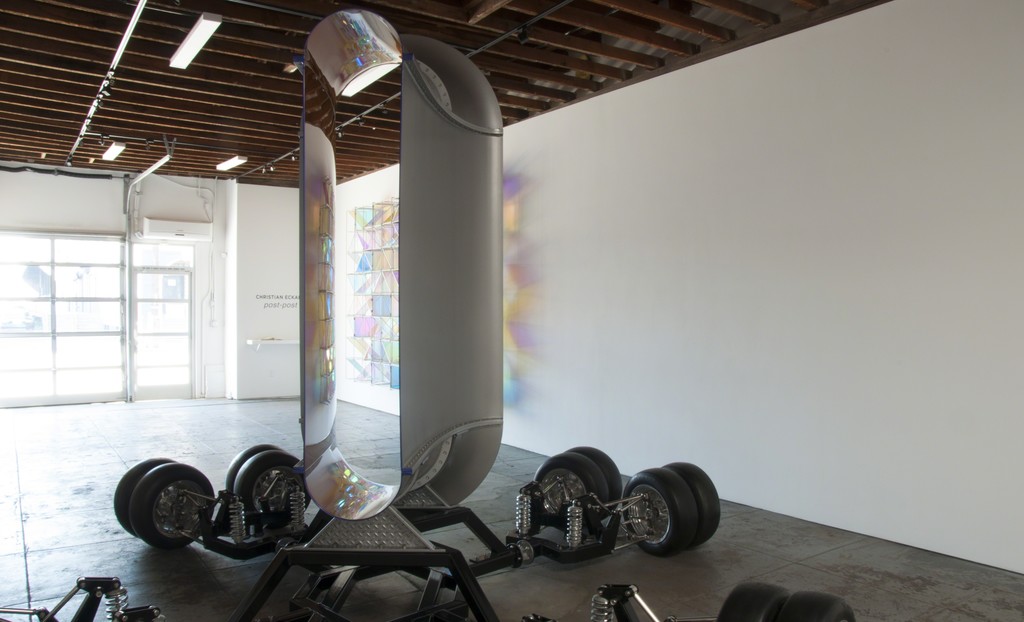 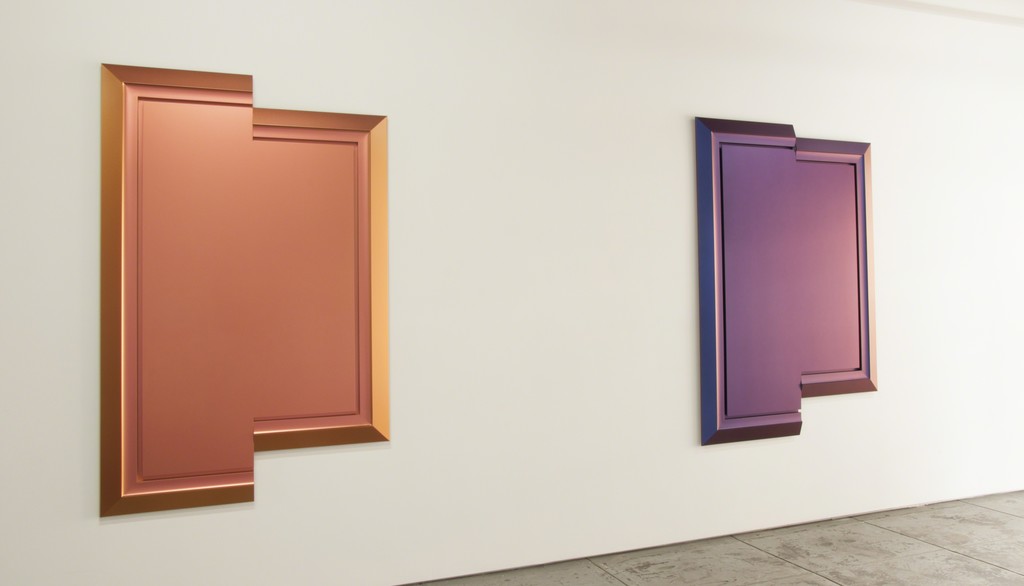 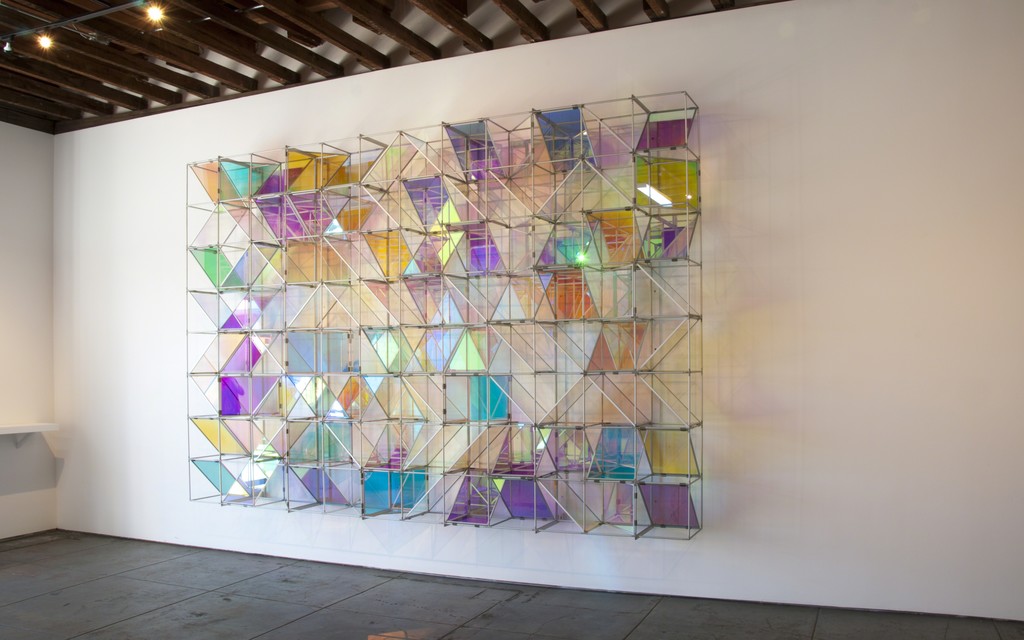 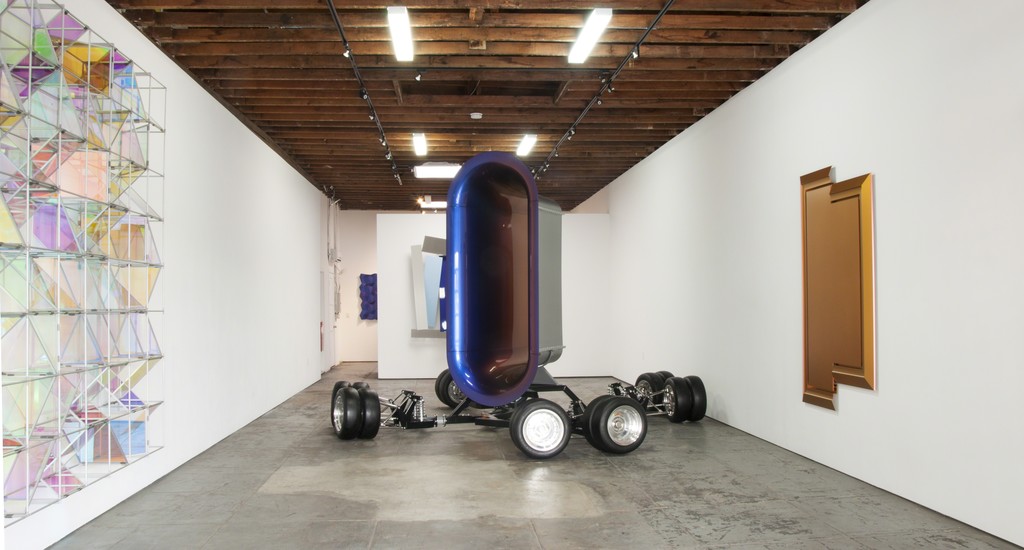 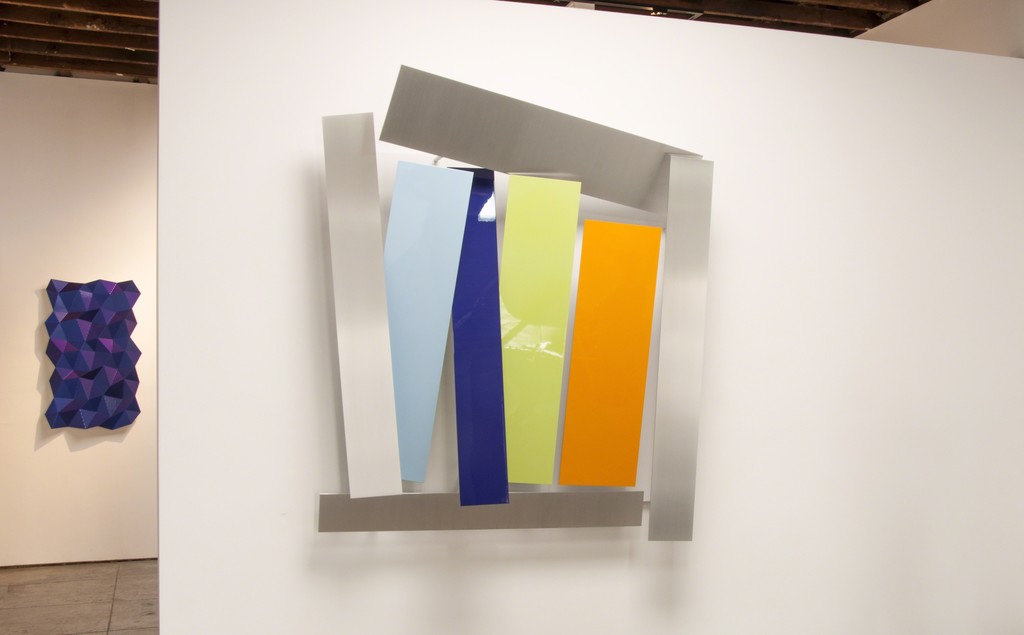 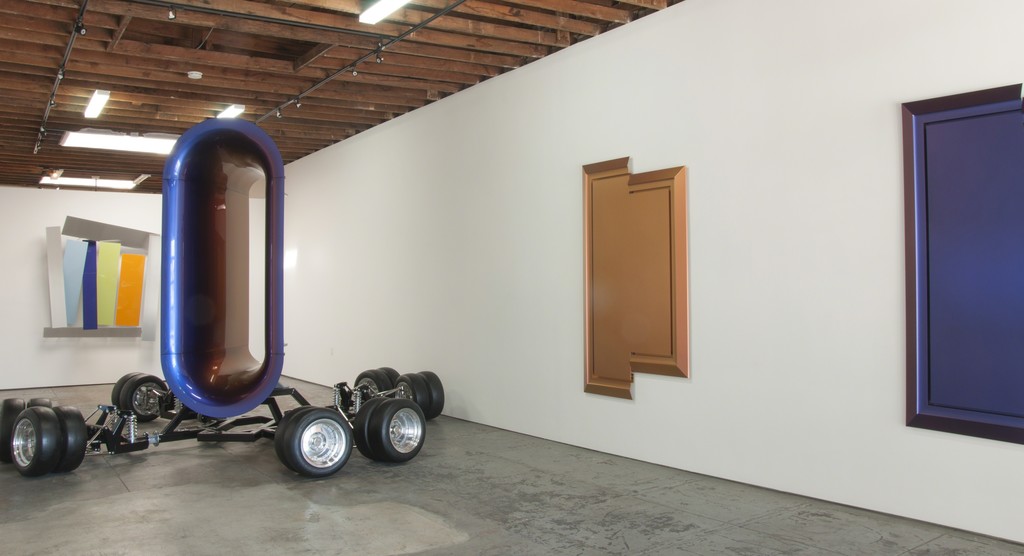 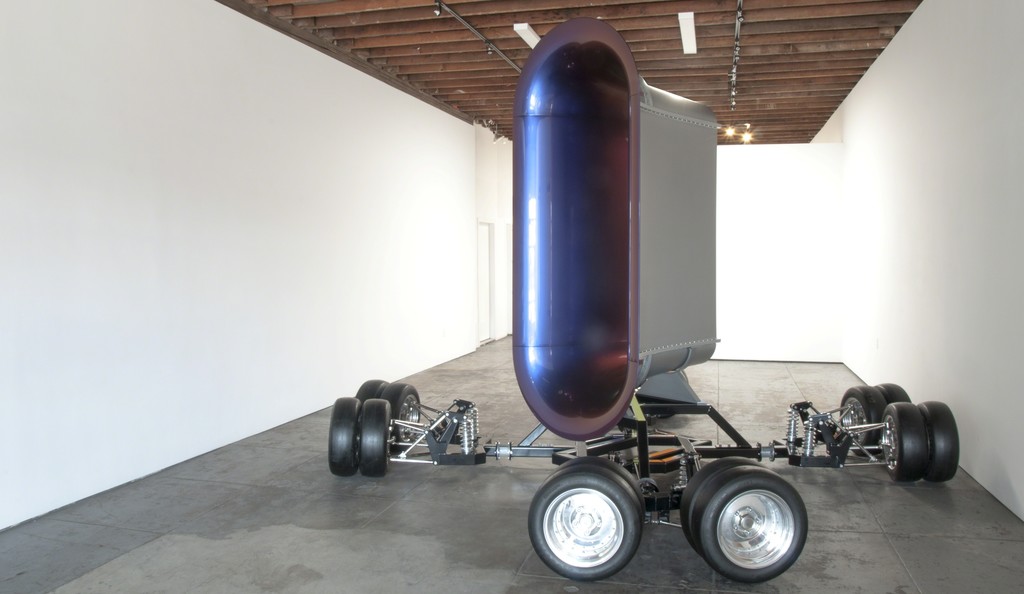 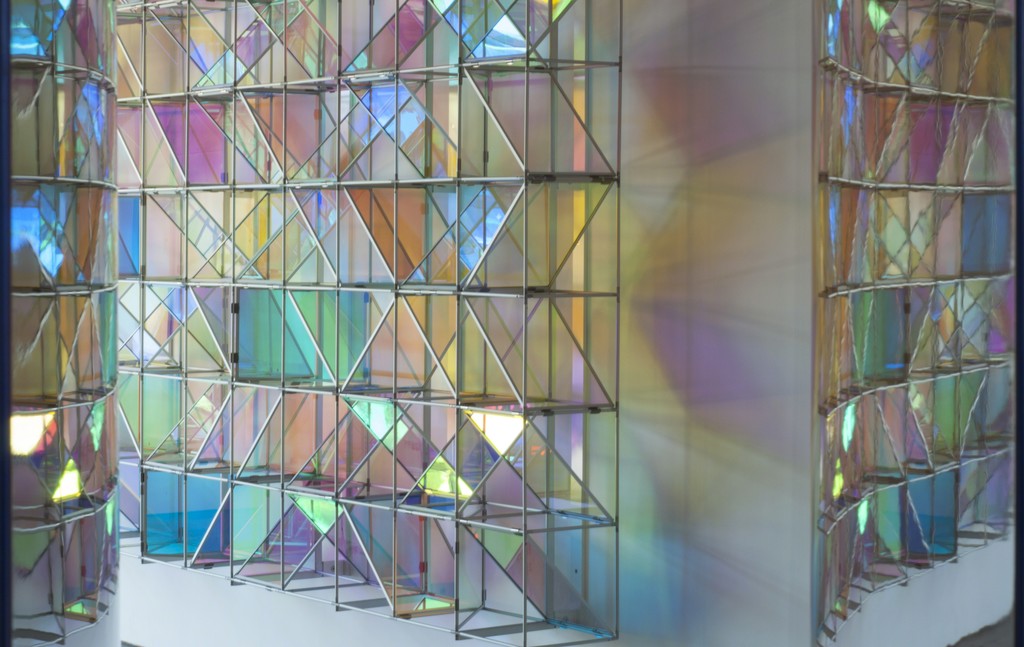 Wilding Cran Gallery is pleased to present post-post, a solo exhibition by internationally acclaimed, Houston based artist Christian Eckart. Featuring new works, the exhibition explores Eckart’s philosophical inquiry and interrogation of the concept of “Art” articulated in the form of painting/sculpture hybrids. With a career spanning over 30 years, he has established a substantial record of more than 60 international solo exhibitions. post-post will be Eckart’s first solo show in Los Angeles.

The presentation at Wilding Cran Gallery will include the most recent version of his well-known series, Sacra Conversazione Painting, subtitled Versione Follia, and two new diptych works based upon his White Painting series from the mid-1980's. In addition there will be an example from the newly initiated series entitled Polychrome Paintings and a work related to Cloud Room Field, his recently completed 60 foot-long commission artwork for Houston Hobby Airport.

Also on view will be The Absurd Vehicle, which was produced over a five year period from 2006-2011. Considered to be one of Eckart’s seminal and summary objects, he regards The Absurd Vehicle as a painting with an identity crisis, extending from the tradition of the Northern Romantic Sublime. He sees the work as a painting that decided to become a sculpture, then a hot-rod, then a space vehicle, then a time machine and finally resolving itself, seemingly, as an oracle. The title, The Absurd Vehicle, references the motivations, aspirations and perhaps implausibility for paintings to be used as mechanisms of and for transcendence.

post-post is intended as a question. What is after after or what comes after after? Eckart's work posits a critical examination of the fundamental principles of the family and/or class of objects, actions, gestures, etc. deemed to be artworks. Can we capture a glimpse of who and what we are through the objectification and/or crystallization of our hopes, wishes, needs, aspirations, dreams and desires within the phenomena we consensually acknowledge to be artworks? Eckart deploys a kind of meta-painting as a way to engage the viewer into critical consideration of the underlying social, political, economic, philosophical, intellectual and spiritual imperatives–the "software" undergirding the concept of "Art" itself.

ABOUT CHRISTIAN ECKART
Canadian born (Calgary, Alberta, 1959, American citizenship since 1995) international artist Christian Eckart, formerly based in New York (1984-2003), settled in Houston, Texas at the beginning of 2003. During the 20 years he lived in NYC and up to the present Eckart’s work has been the subject of over 60 solo exhibitions, including many museum surveys, and has been included in over 150 group exhibitions. His work is represented in many important private and public permanent collections including those of The Guggenheim Museum, N.Y., The Museum of Modern Art, N.Y., Museum ModernerKunst, Vienna, The Chicago Art Institute, The Detroit Institute of Art, the Broad Art Foundation and The Art Gallery of Ontario as well as many others throughout North America, Europe and Asia. With regard to Los Angeles, Eckart’s work has been collected in-depth by The Eli and Edythe Broad Collection and can be found in other important LA based collections. Eckart’s work was included in the Color & Form exhibition curated by Franklin Sirmans in 2010 at LACMA in relation to the work of Blinky Palermo which also included works by Peter Halley, Gunther Forg, John McCracken, among others. Eckart was an instructor at The School of Visual Art, NY, from 1994 through 2002, the Glassell School of Art of The Museum of Fine Art Houston 2003 - 2005 and he has held visiting professorships at both the University of Houston and Rice University. He has lectured extensively throughout North America and Europe, realized many public and private commissions, organized group exhibitions and published a number of essays and articles.