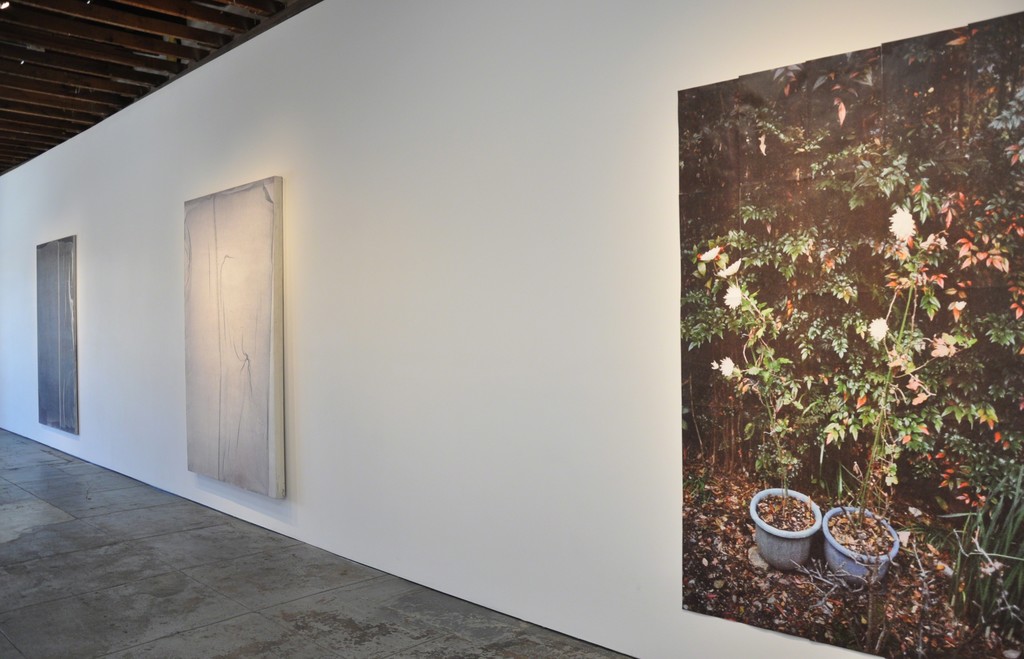 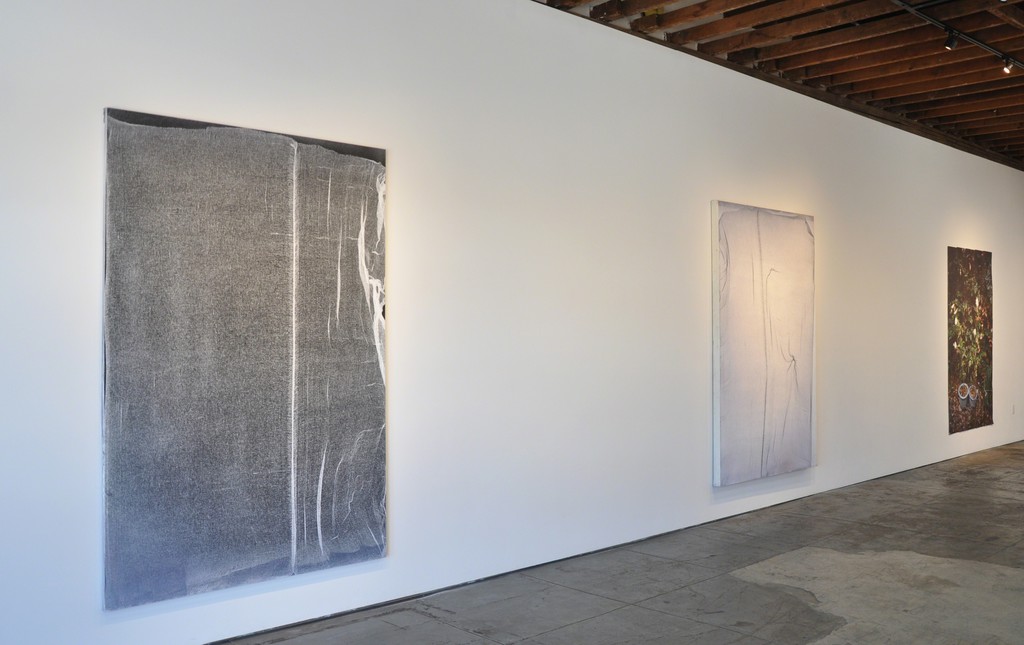 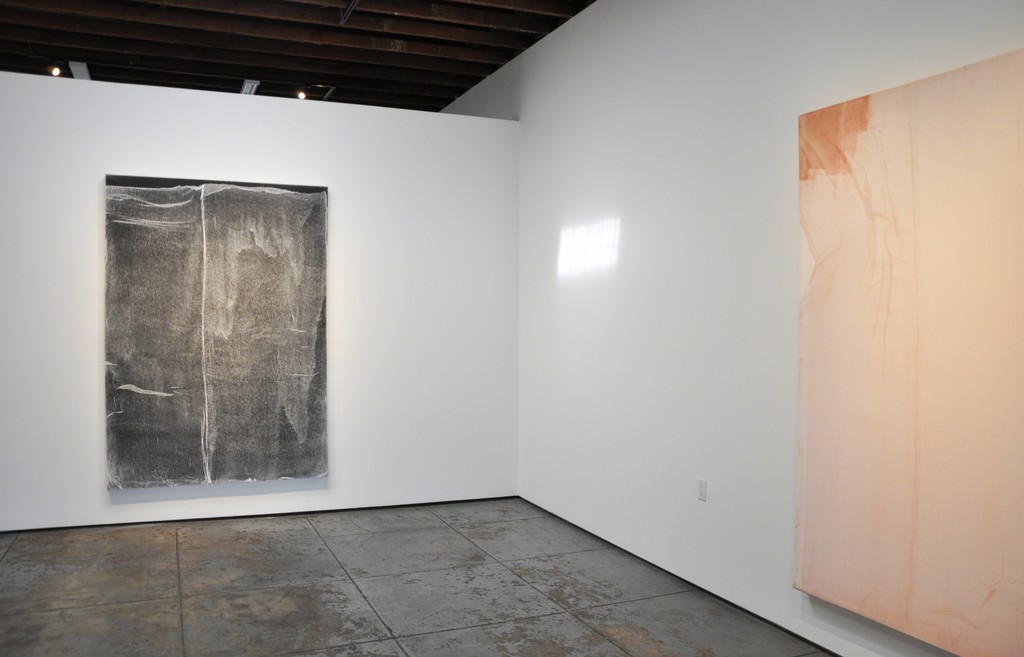 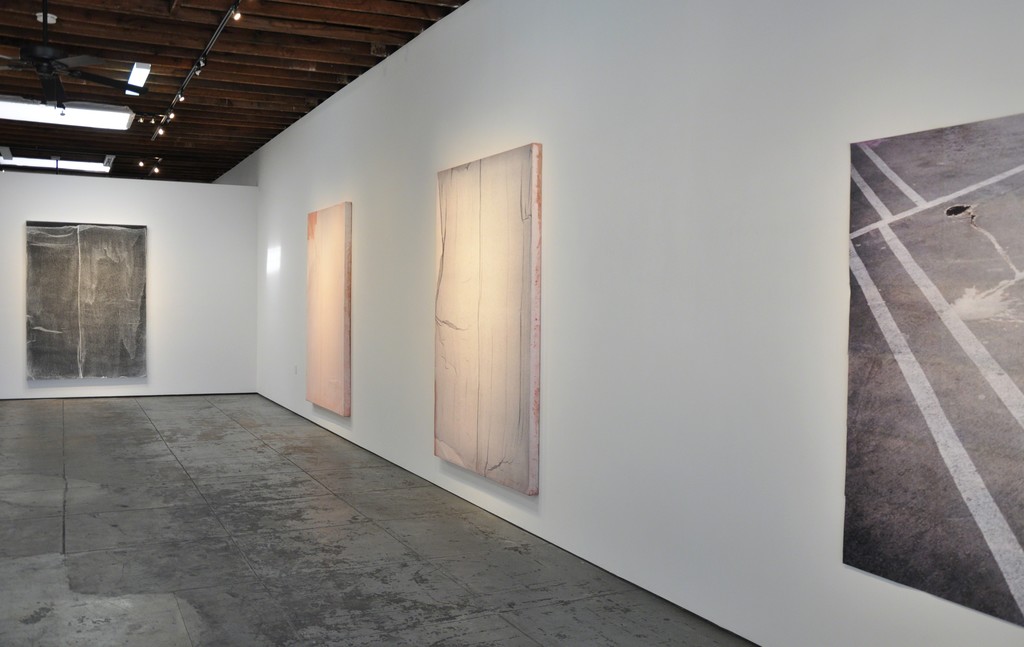 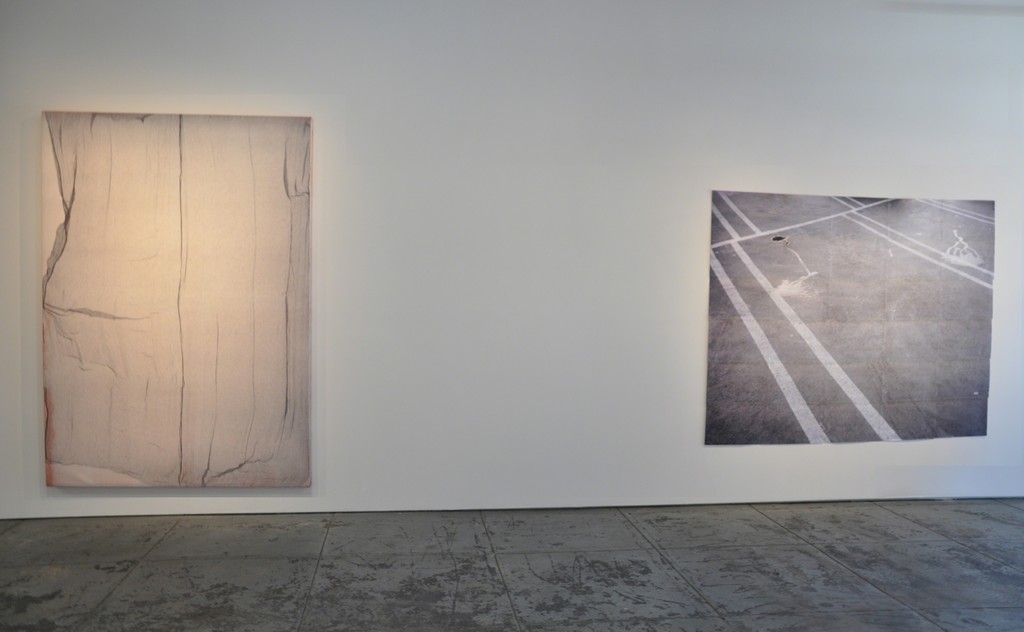 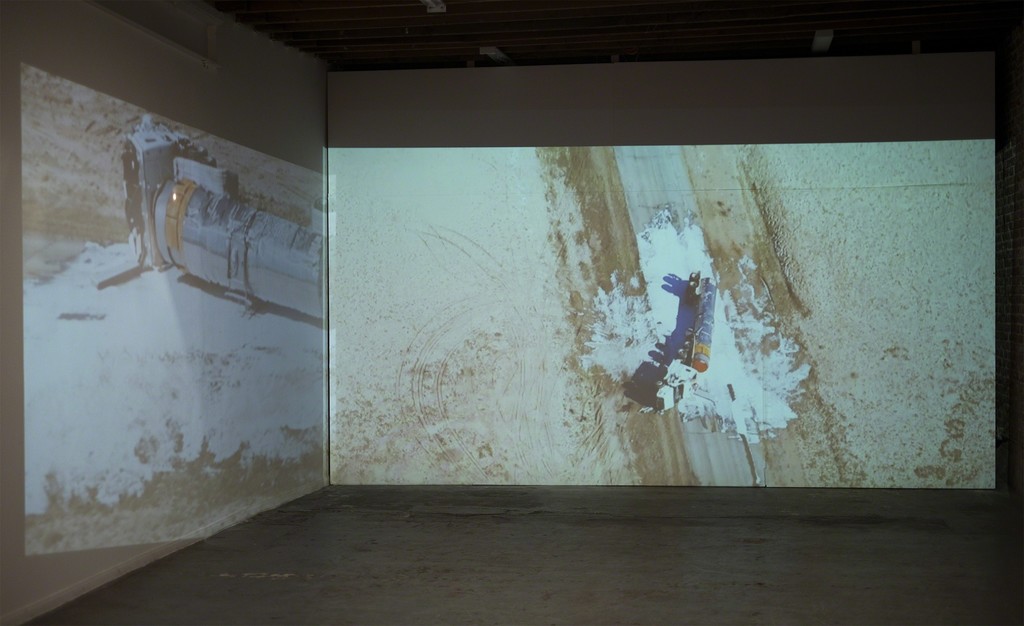 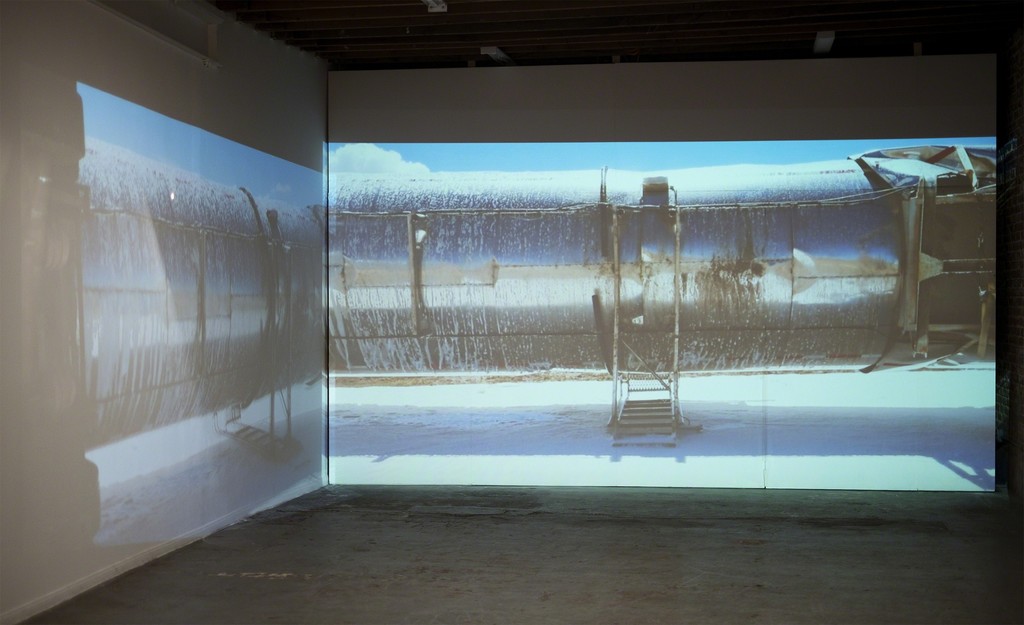 Wilding Cran Gallery is pleased to present Double Pour, a solo exhibition by Los Angeles and Paris based artist Jeremy Everett. Utilizing a variety of mediums including painting, photography, and video, the works in the exhibition share an exploration of visual necessity, impermanence and a reduction toward the absolute. Starting with an action— pouring, arranging, vacuuming or, quite literally, crashing— Everett’s findings become delicate abstractions that expose a poetry of being.

In his Broken Grid (2015) series he approaches painting through techniques used in sculpture and printing. As layers of water-based paint are buried below a thin wire mesh, colors bleed together and the grid becomes twisted, kinked and broken by the action of painting. The result reduces any imagery to reveal the physicality of the object and the visual charge of the painting surface.

Two videos continue Everett’s exposé of visual meaning and truth. FLOY (2015), his latest and possibly most ambitious gesture, is a sculpture/performance using a 60' truck flipped on its side spilling milk across the greatest American monument, the highway. "I closed the highway so I could wreck the truck, I wanted the sculpture to temporarily stop the system," Everett explained. As the sculpture blocked the road, he flew above in a helicopter to document the work with stills and video. The footage is as raw and direct as a live news feed. A second video in the exhibition, Death Valley Vacuum (2009), shows Everett vacuuming up the landscape of Death Valley, an absurd and intimate action in an expansive space.

Using similar methods of disruption and intervention, Everett presents several works in situ such as Double Pour (2014). With specific placement and intention the artist pours two pools of water into a composition using lines from a generic parking lot in LA, a work that lasted for 30 seconds before disappearing forever. UNTITLED (2013) is a photograph of two arranged potted plants growing, flowering and behaving simultaneously, side by side in Japan. Both of these photographs provide the permanent documentation of ephemeral works that participate inside of life not isolated outside of it.

Jeremy Everett (b. 1979) holds a BA in Landscape Architecture from Colorado State University and an MA in Visual Studies, Bruce Mau/Institute Without Boundaries, Toronto, Canada. He has had solo exhibitions in New York and Paris and has been included in group exhibitions in New York, Berlin, Hong Kong, and Los Angeles. Everett participated in the 2015 summer residency program at Hooper Projects in Los Angeles and his work has been featured in, The New York Times, The Smithsonian Magazine, Flash Art, Modern Painters, and ArtReview, L’Officiel Art, and Purple Magazine amongst others.