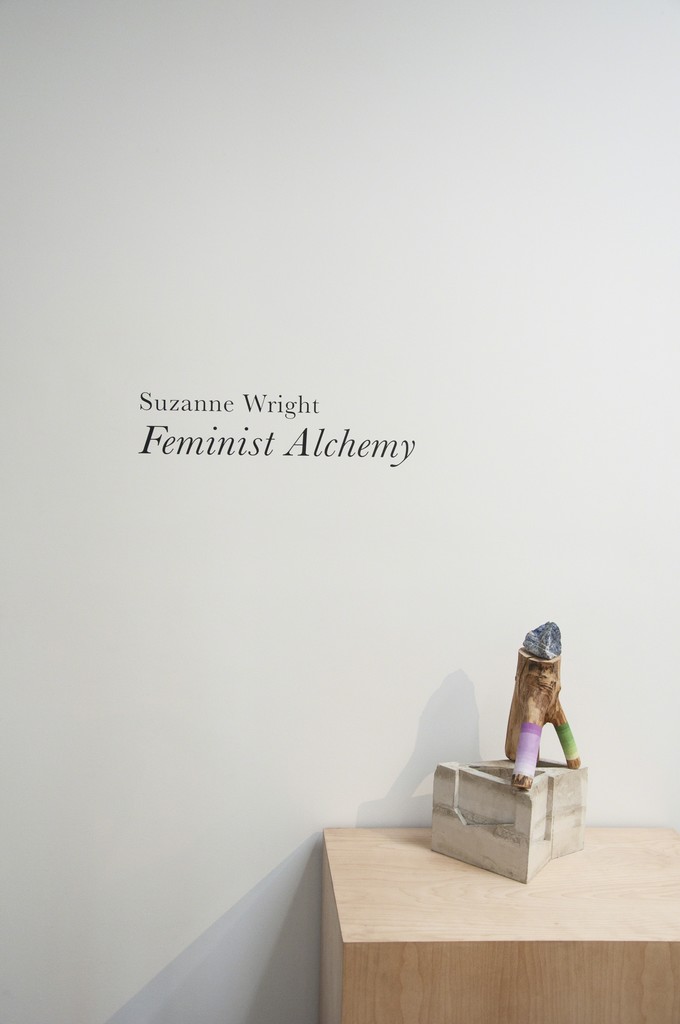 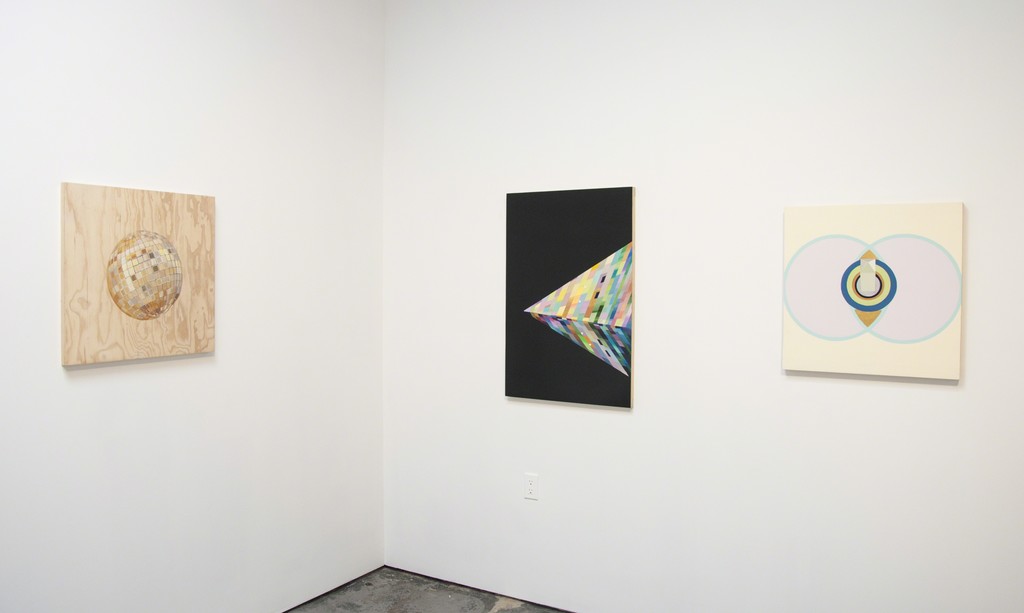 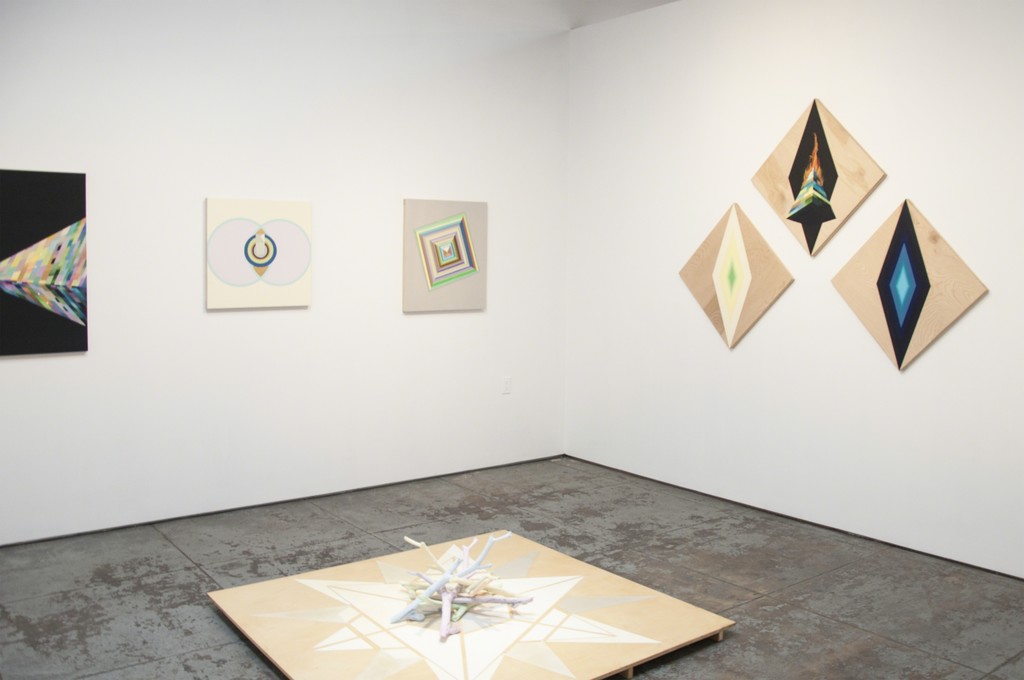 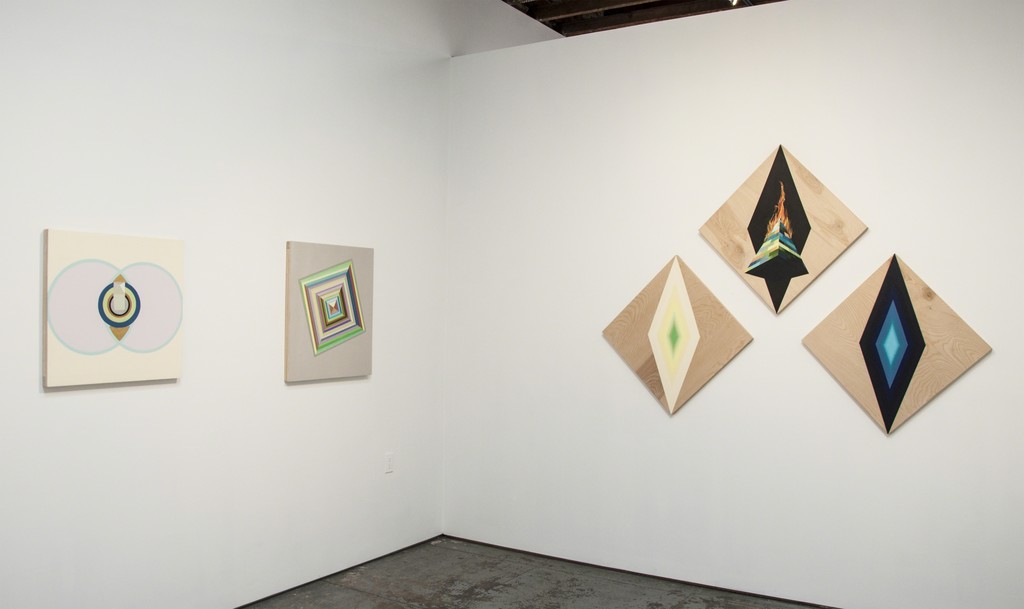 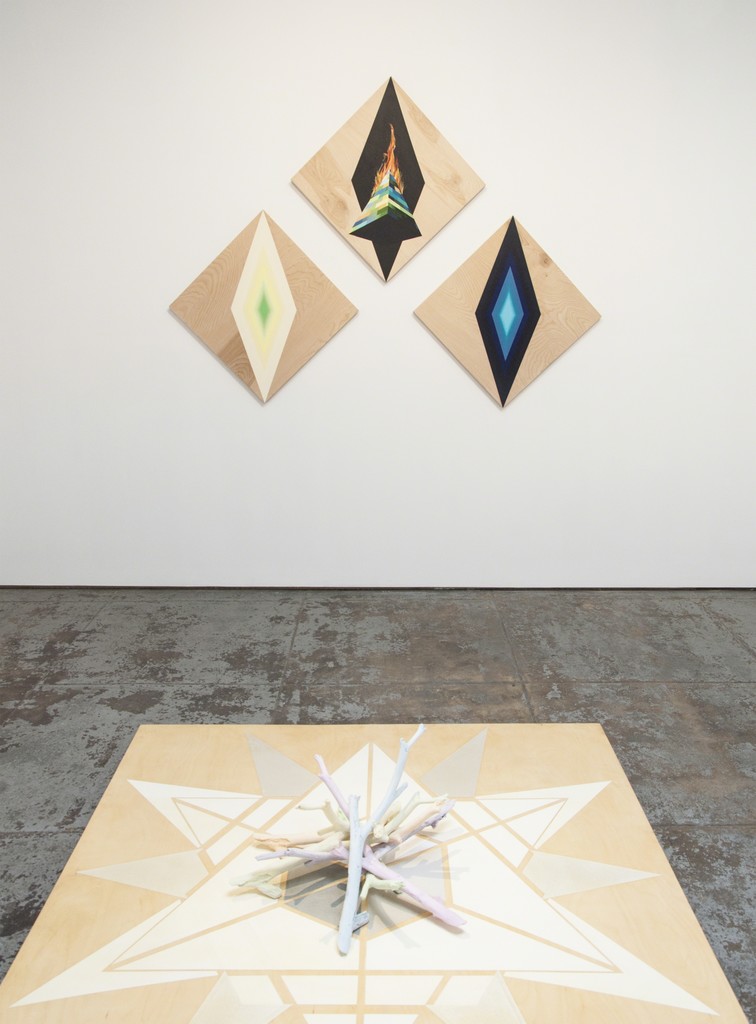 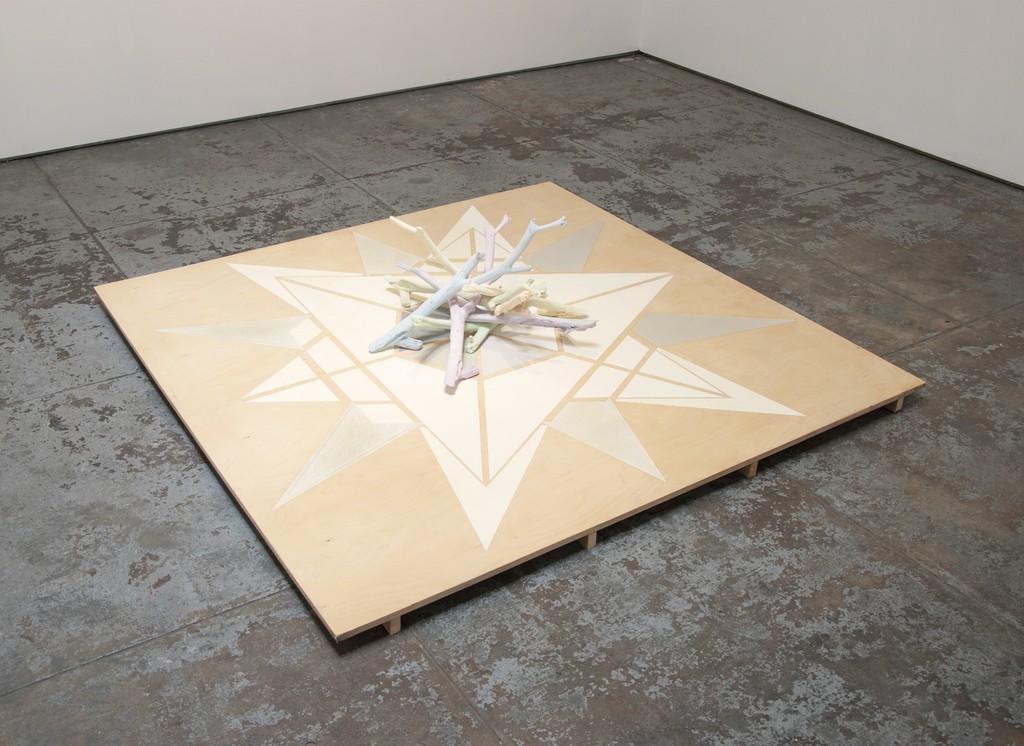 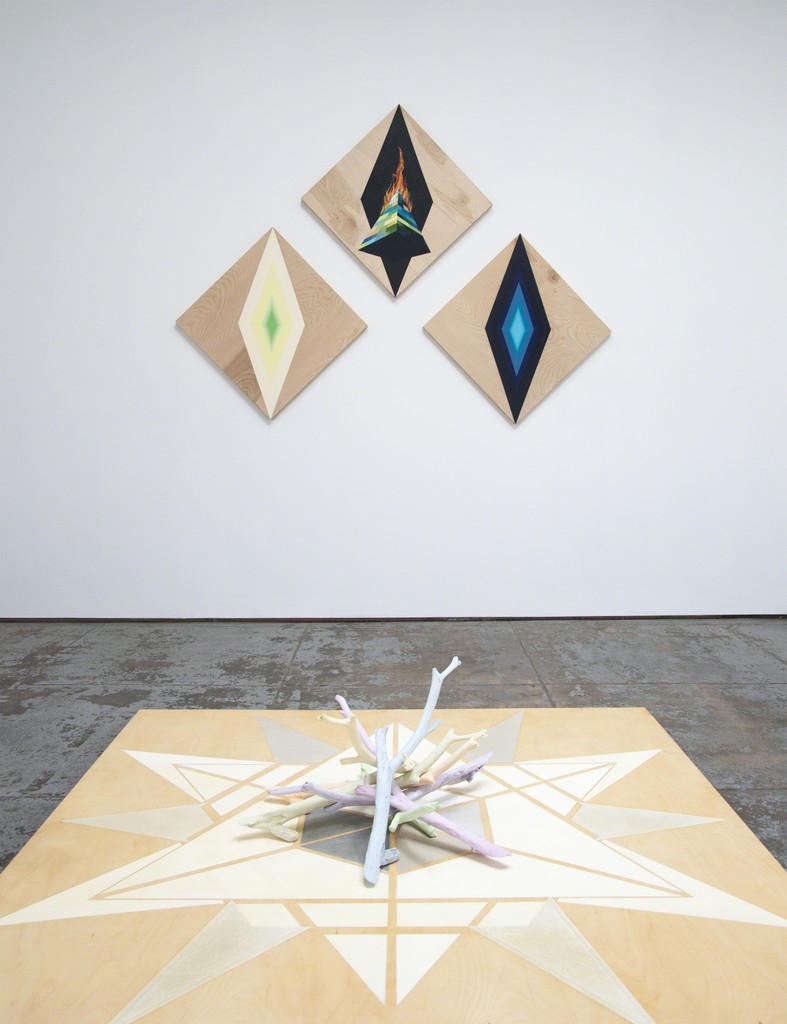 Alchemy is the hermetic science and art of causing change, both physically and spiritually, a seemingly magical process of transformation, creation, or combination.

For this series Suzanne Wright researched the ‘secret architecture’ of Washington DC, and it’s hidden zodiac and cosmological symbolism. Using Google Earth to view the capital city from an arial perspective, she has created an inverted, ‘feminized’ version of the city’s monuments, opening a dialogue that responds to those historically masculine symbols of power.

The piece A Goddess Eye View references the Washington Memorial, a giant obelisk which was inspired by the Egyptian obelisk ‘Tekhenu’, a phallic salutation to the sun god. Wright’s version sees the memorial topographically from above, transforming the masculine symbol into a universal one: the overlapping of two spheres to form a Vesica Piscis.

Wright proposes a contemporary feminist alchemy, forging alternative frames of reference with new perspectives that lead us to a re-vitalized kind of perception, equality and empowerment.
Suzanne Wright is an artist and professor living and working in Los Angeles. Suzanne Wright’s work explores glory holes, portals, and power across Multiple disciplines. She earned her BFA at Cooper Union & MFA at the University of California San Diego & also attended Skowhegan School of Painting and Sculpture. She has been included in exhibitions at Stephen Friedman Gallery, Stefan Stux, Claire Oliver Gallery, Monya Rowe, Luis De Jesus Gallery, in Los Angeles. Her most recent solo shows were at Commonwealth and Council called “The Rainbow Control Room” and Angel’s Gate in San Pedro called “Rainbow Warriors”. Her work can be seen in publications including Cock, Paper, Scissors, Feminist Landscapes, Strange Attractors, Armpit of the Mole and Art and Queer Culture (Phaidon, 2013).
Wright has been an active member of various AIDS and LGBTQ organizations, including ACT UP/New York from 1989-1998.