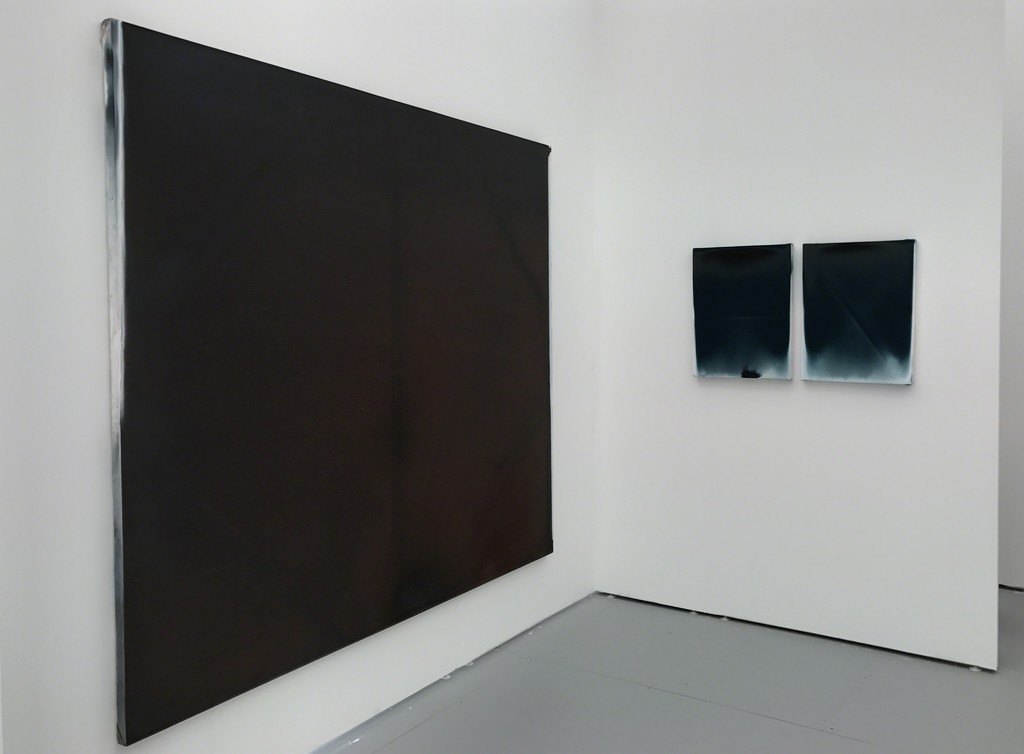 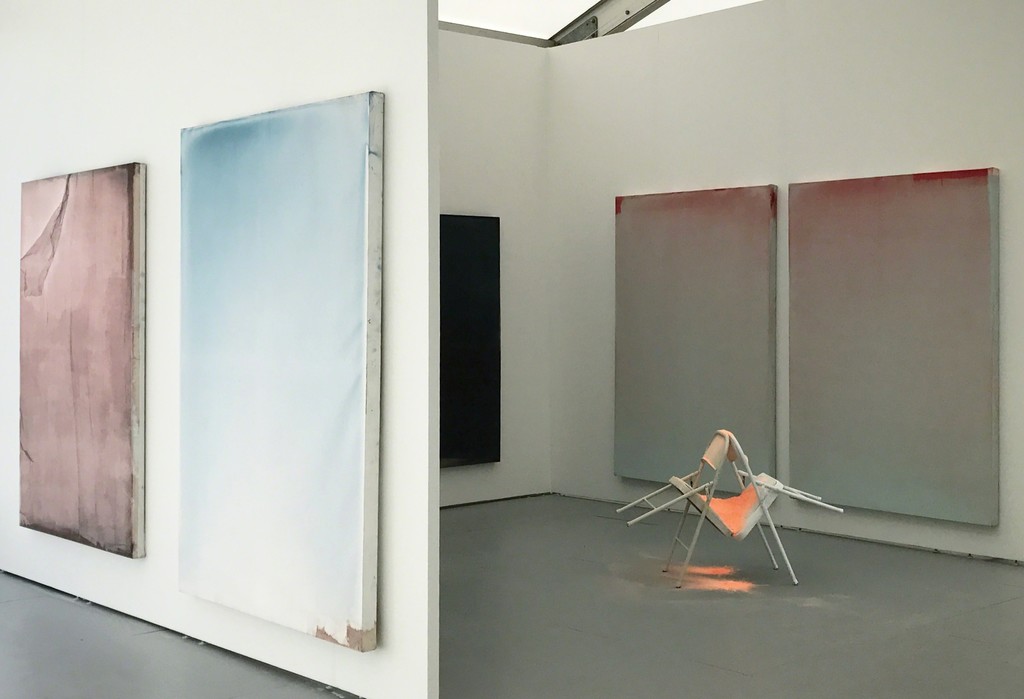 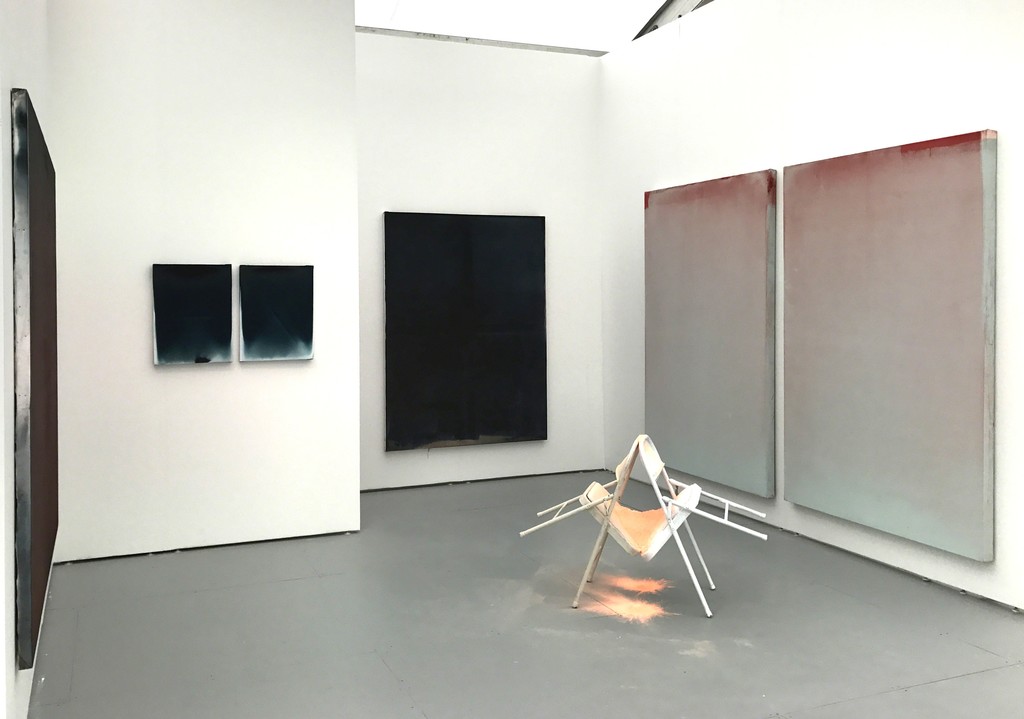 Wilding Cran Gallery is pleased to announce the presentation of Jeremy Everett’s Broken Grid series and new Flare paintings alongside a mixed-media sculpture in booth A17 at UNTITLED Miami Beach, November 30 through December 4, 2016.

Everett’s Flare paintings made with colored smoke began by chance but eventually developed into a series with intention. Working with colors of tension – such as orange and blue – he references the hues of emergency flares. His first smoke piece took place on a rooftop in the center of Paris in 2013. As a city that has a very uniform, horizontal landscape, the colorful smoke could be seen hanging just above the buildings for approximately ten minutes. He documented the duration of the piece from the roof of the Pompidou. The next development of this work entailed using the smoke pigment to expose physical pieces of architecture, leaving a monochromatic photocopy of an exhibition space, demonstrating his interest in exploring the smoke disruption in a gallery setting.
The paintings on view at UNTITLED Miami Beach move away from site-specific iterations to reveal the structure of the canvas as composition. By using colored smoke and allowing it to blow through the painting, Everett prints the image of the stretcher bar underneath, using the air current the same way a photocopier uses light. The painting becomes a photocopy of itself, revealing the canvas structure as surface and as something to be revealed. The smooth surface of each painting offers a weightless and ephemeral quality while also viewing the work as sculptural pieces as the architecture of the canvas is exposed.
In his Broken Grid (2015) series Everett approaches painting through techniques used in sculpture and printing. As layers of water-based paint are buried below a thin wire mesh, colors bleed together and the grid becomes twisted, kinked and broken by the action of painting. The result reduces any imagery to reveal the physicality of the object and the visual charge of the painting surface.
The new mixed-media sculpture on view is comprised of two generic folding chairs painted white and positioned face-to-face, leaning into each other to create a V-shape with the seats of the chairs. He places a mound of bright orange pigment in the V-shaped space between the chairs, the weight of the pigment balances the objects. The delicate position of the chairs and pigment offers a heightened sense of fragility surrounding the object as contact with the piece could potentially unbalance the scale.

Everett’s work is poetic and moves beyond process and creation, bringing to light the honesty and fragility of the object through each intervention. He is concerned with the visual truth and a reduction towards the absolute.
ABOUT JEREMY EVERETT (b. 1979)
Jeremy Everett’s interventions translate into visually impacting formulations of sensual and quiet violence: delicate, measured yet powerful. His ability to create a poetical narrative is evident, subtle yet direct, it does not spell out what should be seen but rather opens ones mind to numerous transformative possibilities. Each work exists as the fragment of a sentence, a lyrical exposé, released into the world with precise abandon.