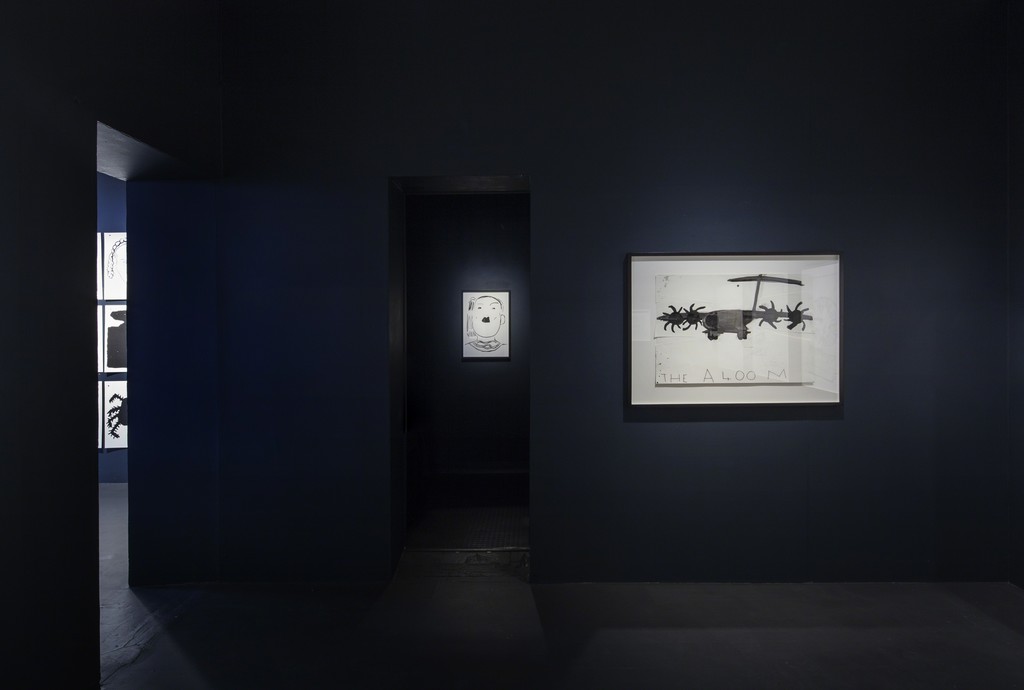 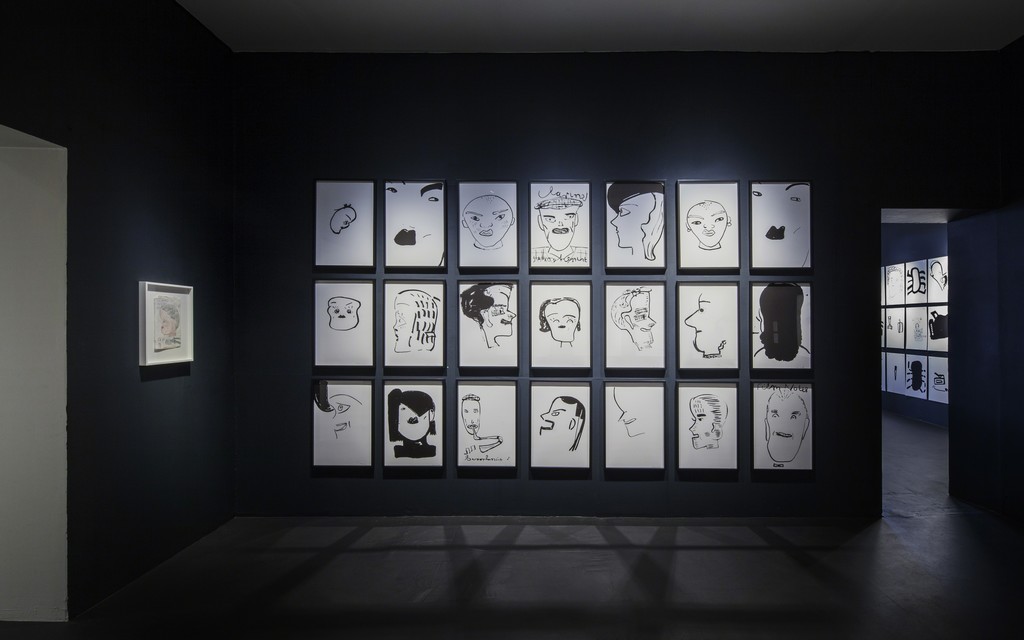 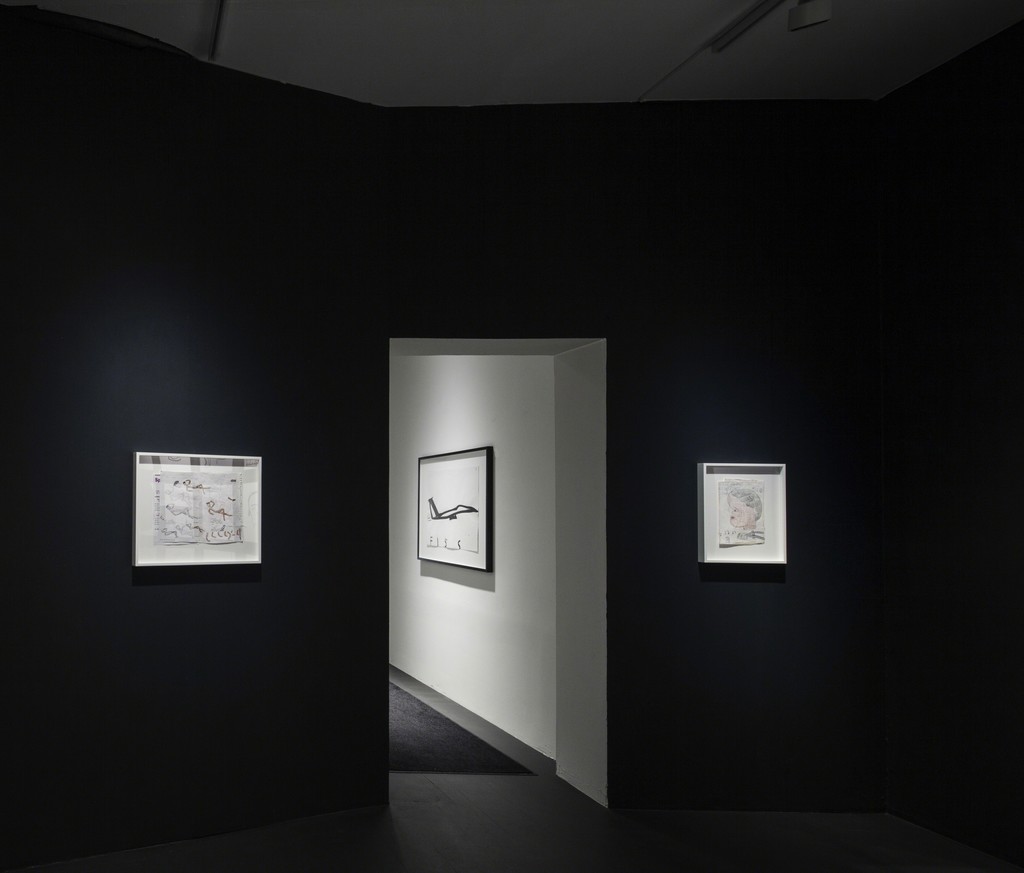 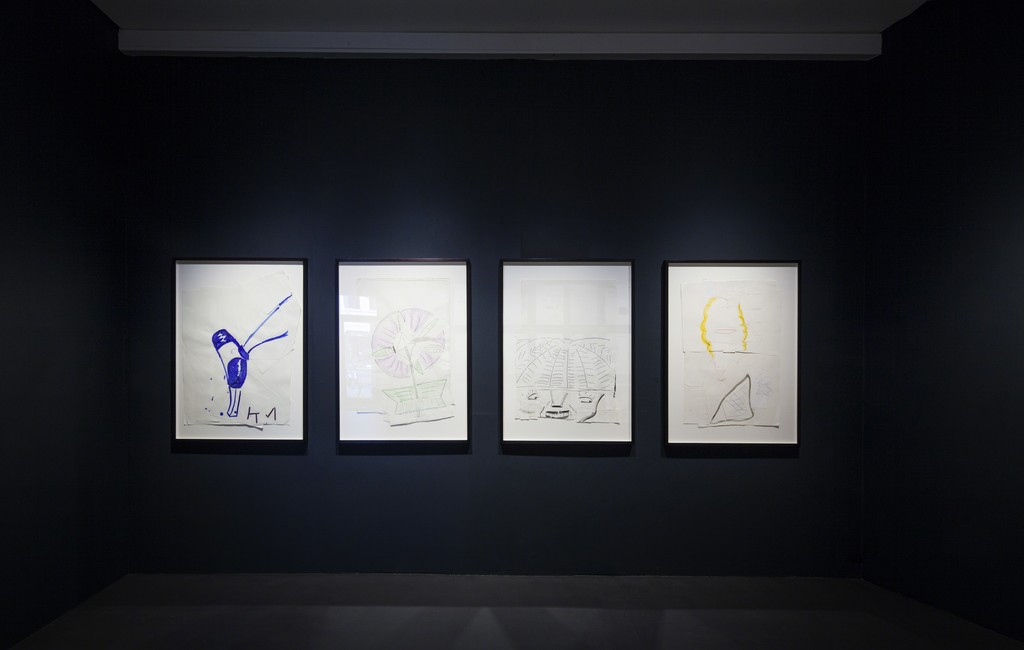 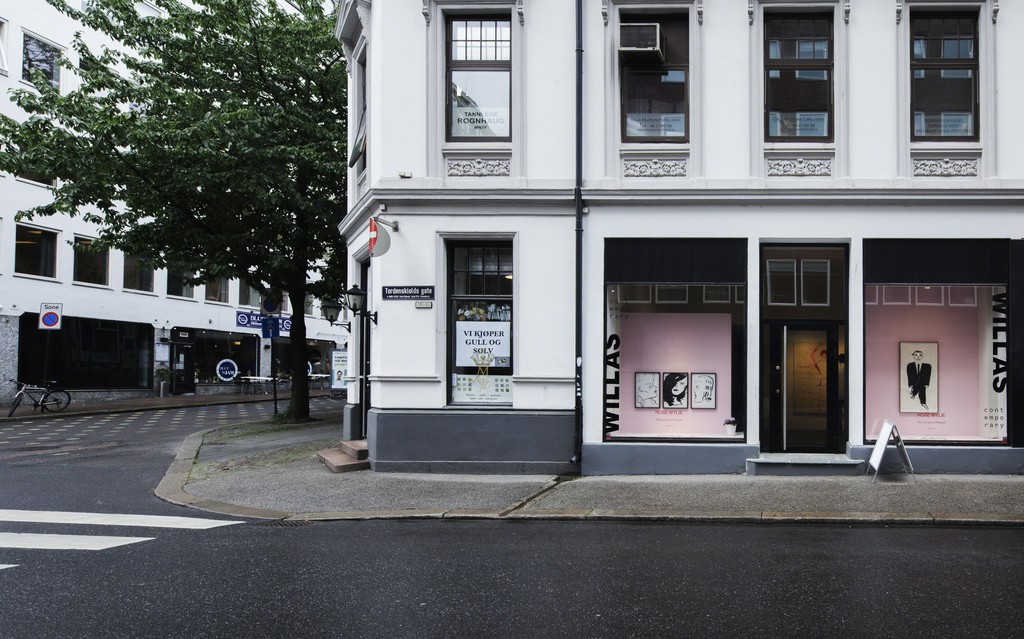 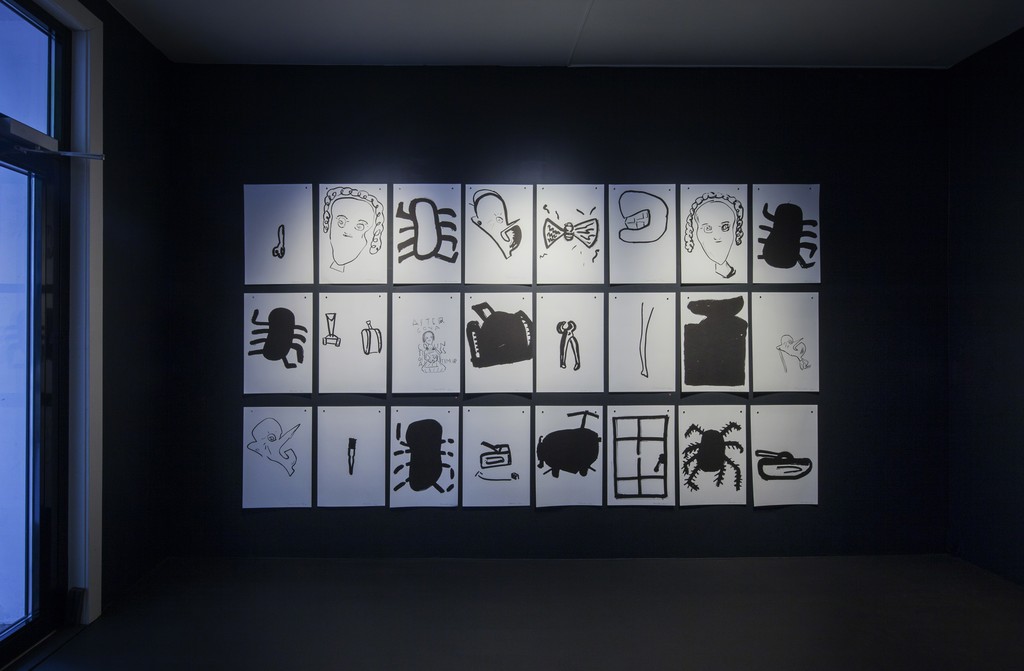 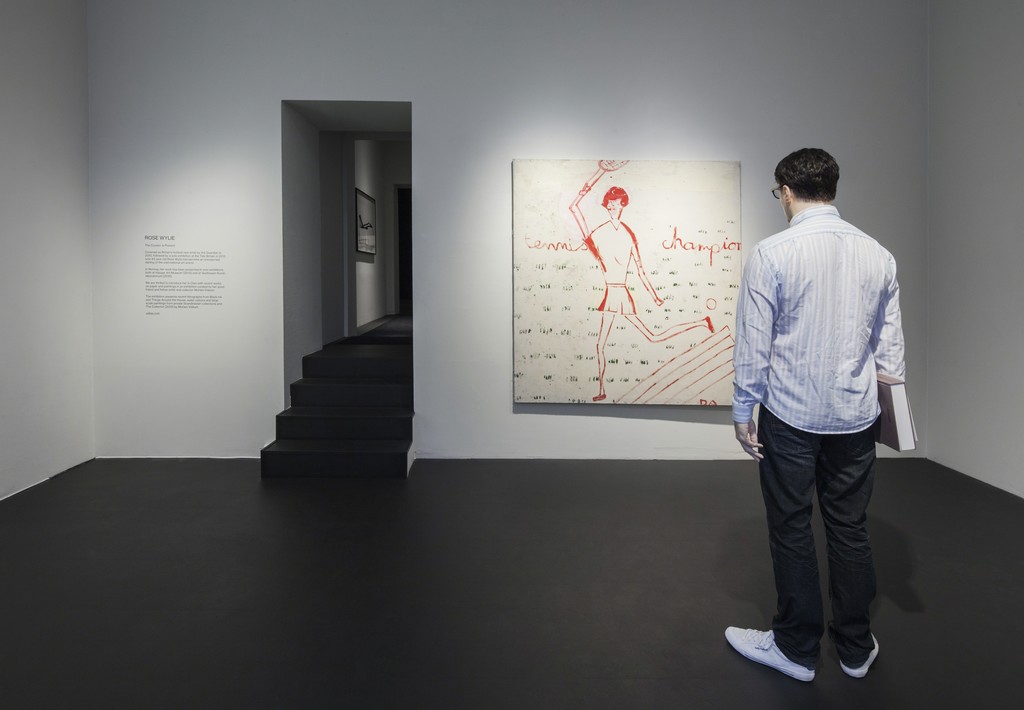 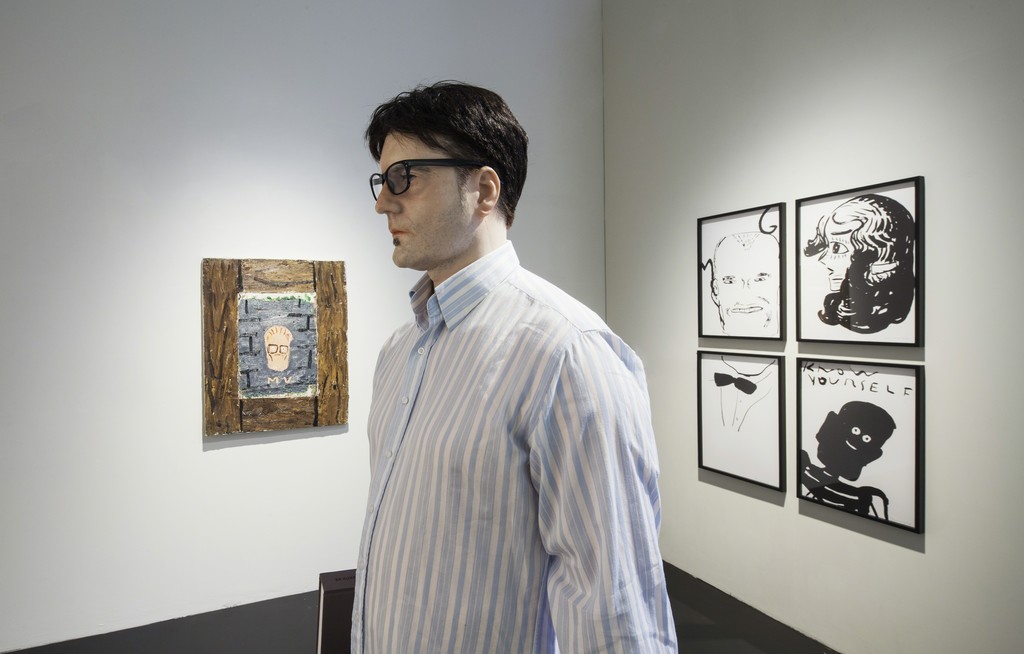 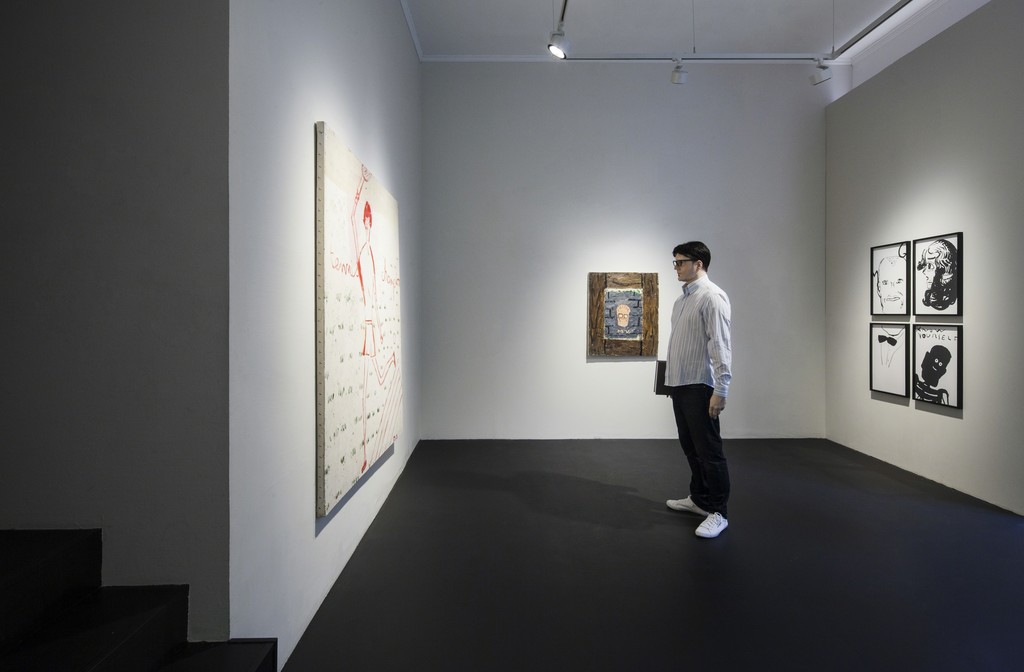 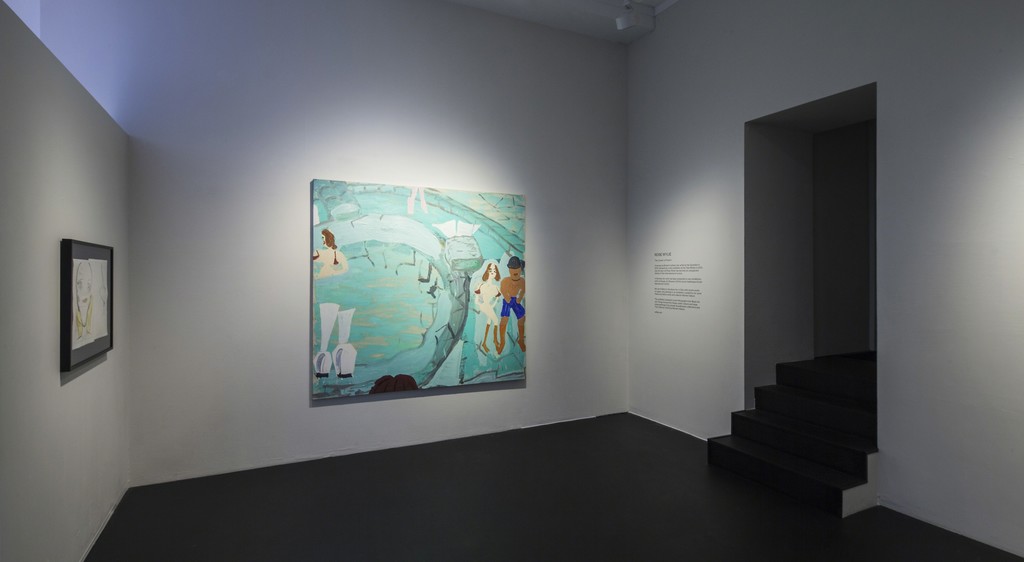 Rose Wylie - The Curator is Present

Crowned as Britain’s hottest new artist by the Guardian in 2010, followed by a solo exhibition at the Tate Britain in 2013, 83 year old Rose Wylie has become an unexpected darling of the international art scene.

In Norway, her work has been presented in solo exhibitions both at Haugar Art Museum [2013] and at Vestfossen Kunstlaboratorium [2015] - and we are thrilled to introduce her in Oslo with recent works on paper and paintings in an exhibition curated by her good friend and fellow artist and collector Morten Viskum.

The exhibition presents recent lithographs, water colours and large scale paintings from private Scandinavian collections + the sculpture ‘The Collector’ by Morten Viskum gazing at the portrait of him painted by Wylie.

Rose Wylie first began showing her large-scale, folkloric compositions in the 1980s. Often inspired by simple motifs including animals, insects, flowers and everyday imagery from rural Kent, Wylie also draws on a rich knowledge of art history, mass media and ancient iconography. Her work possesses an intense physicality, which often results in rough texture and raw brushstrokes — she scratches out and covers up various elements, reworking the space until her depiction suits her visual memory. Text appears in many of her pieces, tying together narratives and illuminating characters. With a unique, playful style, Wylie interweaves pattern, motif, vintage advertising, bizarre animals and historical account, transcending the aesthetics of memory.

Her work is deeply rooted within the everyday, and as a painter who draws a lot, Wylie points at how we navigate that everyday, looking at things, picking stuff up, doing bits and pieces, watching television, reading the newspaper, pottering around the garden, painting a canvas, cooking sausages, draining pasta, and for Wylie, being an artist in 21st century Britain, those things are all tantamount.

In 2011 Rose Wylie won the Paul Hamlyn Prize for Visual arts, and in 2014 she received the John Moores Painting Prize. In 2010 Wylie became the only non-American artist in the Women to Watch exhibition at the National Museum of Women in the Arts, Washington D.C., and in 2015 she became a member of the Royal Academy of Arts.

With a series of controversial projects, Morten Viskum [b. 1965] has established himself as the artist Norway’s cultural media likes to discuss most. Through his performative works he has shed light on a fear of the ephemeral and the strange that pervades our culture. Employing unconventional tools–including medical equipment, dead animals, cancer cells, and a deceased man’s hand–he challenges both the relationship between science and ethics, and what art can morally embrace.

Viskum works with installation, performance, photography, and painting, and has been represented at various exhibitions nationally and internationally. The Italian publisher Skira published in 2016 a large monograph about Morten Viskum’s art practice.