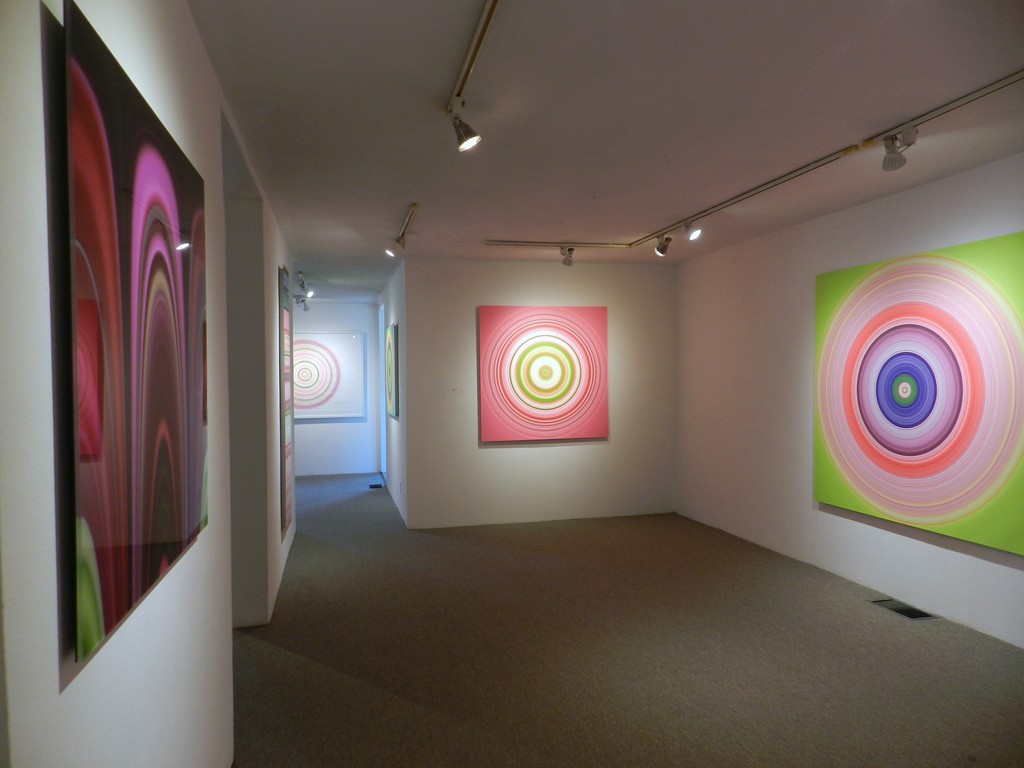 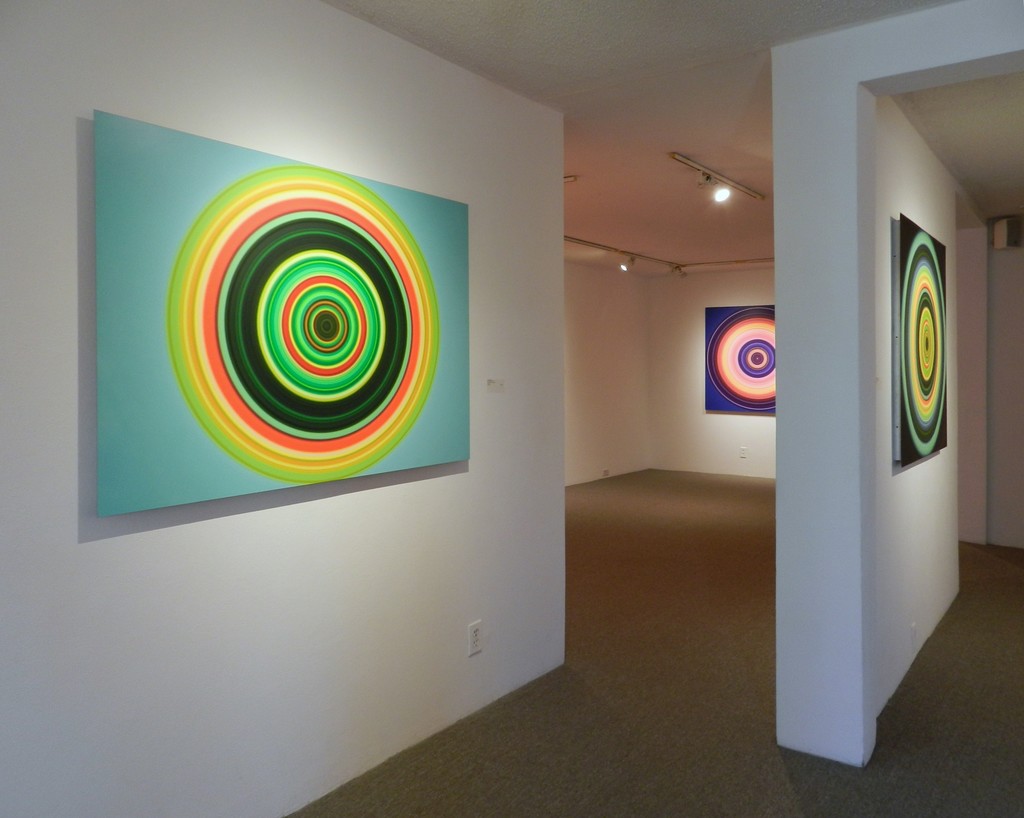 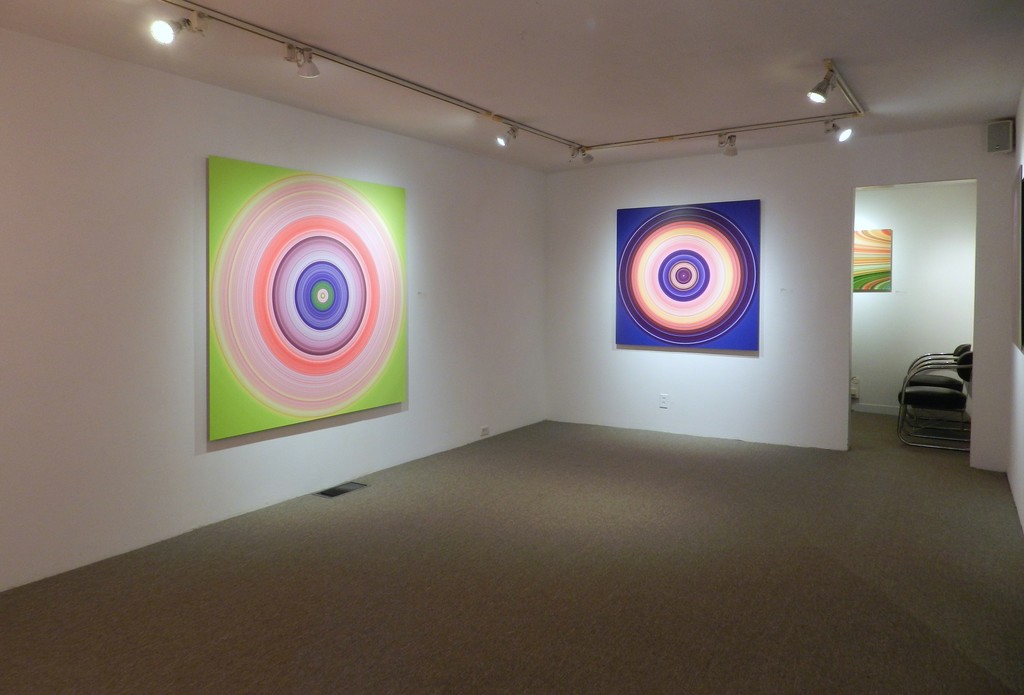 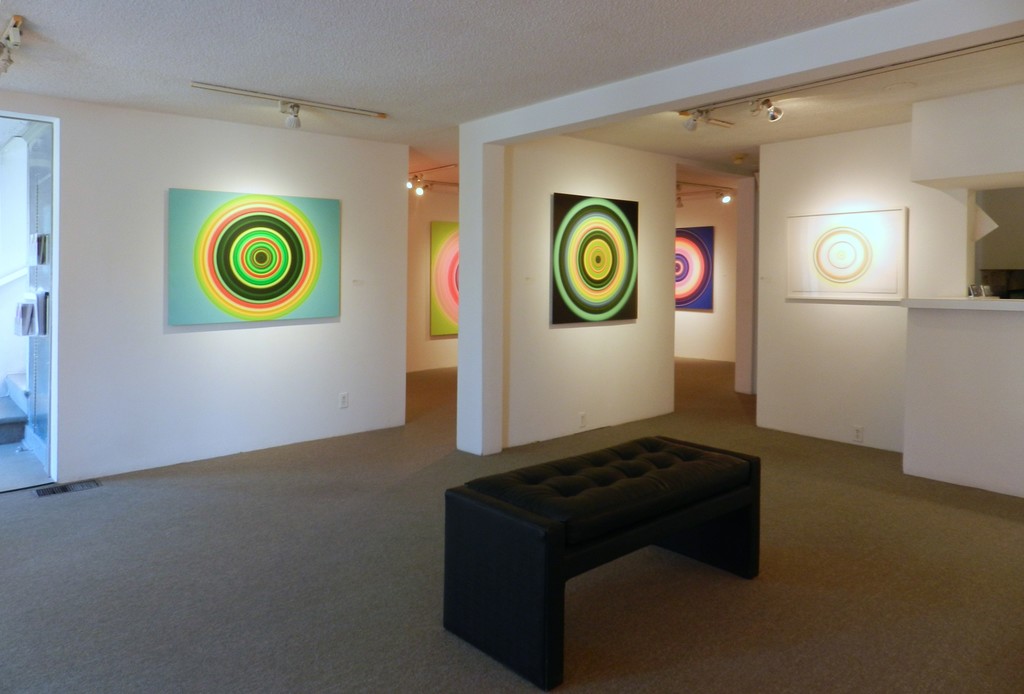 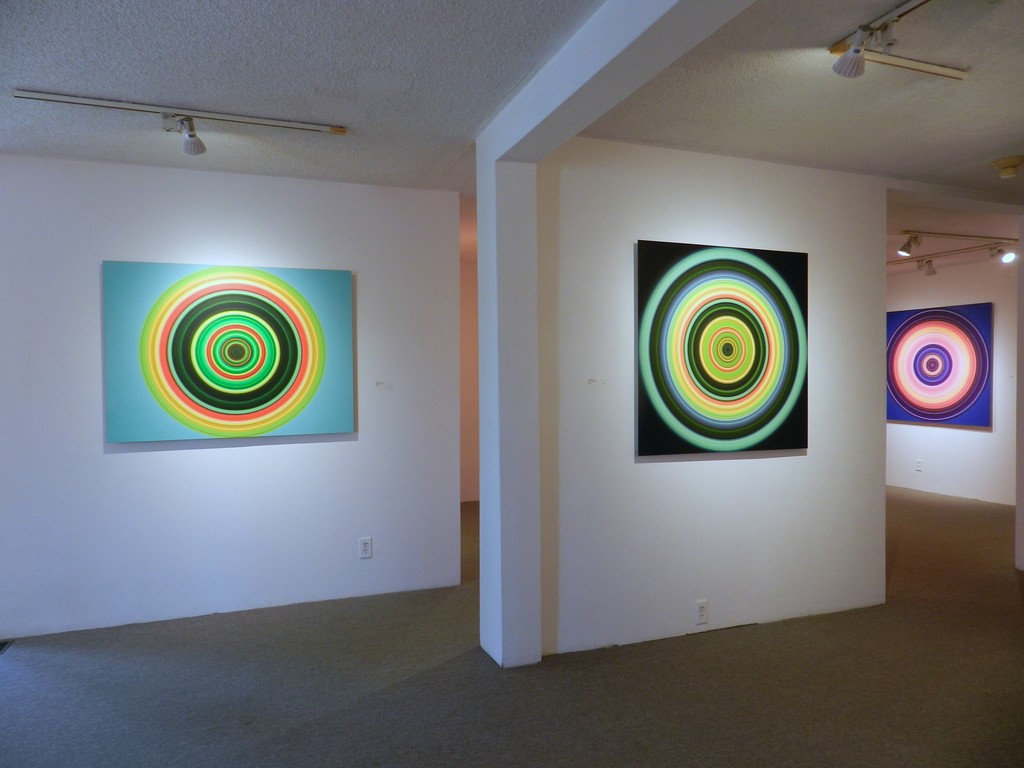 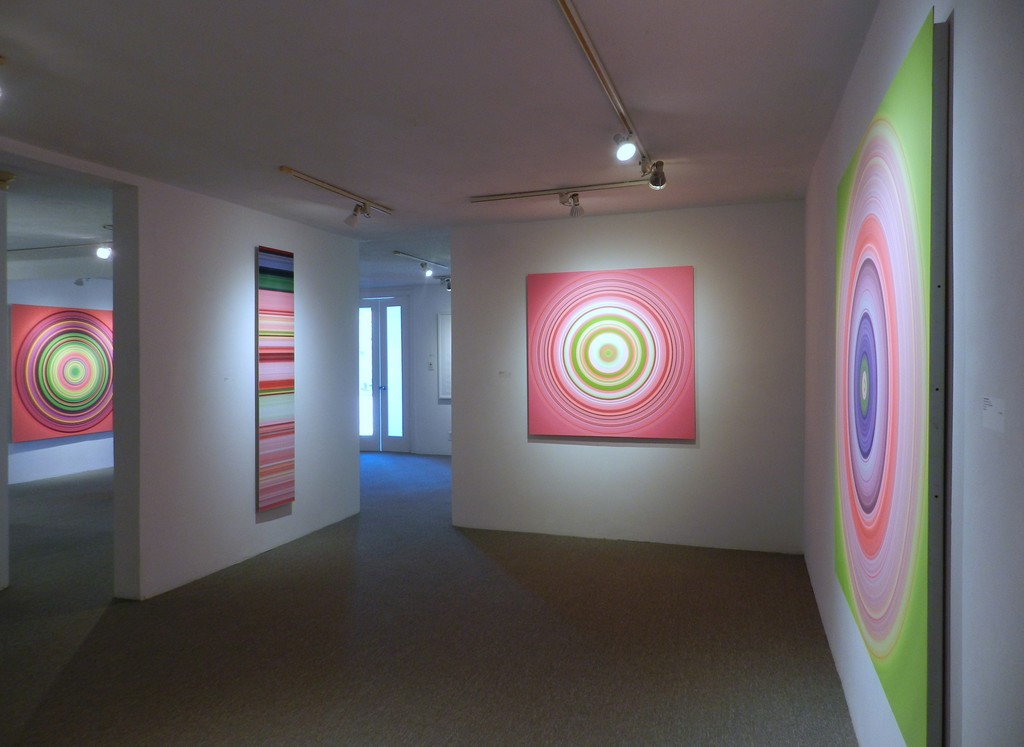 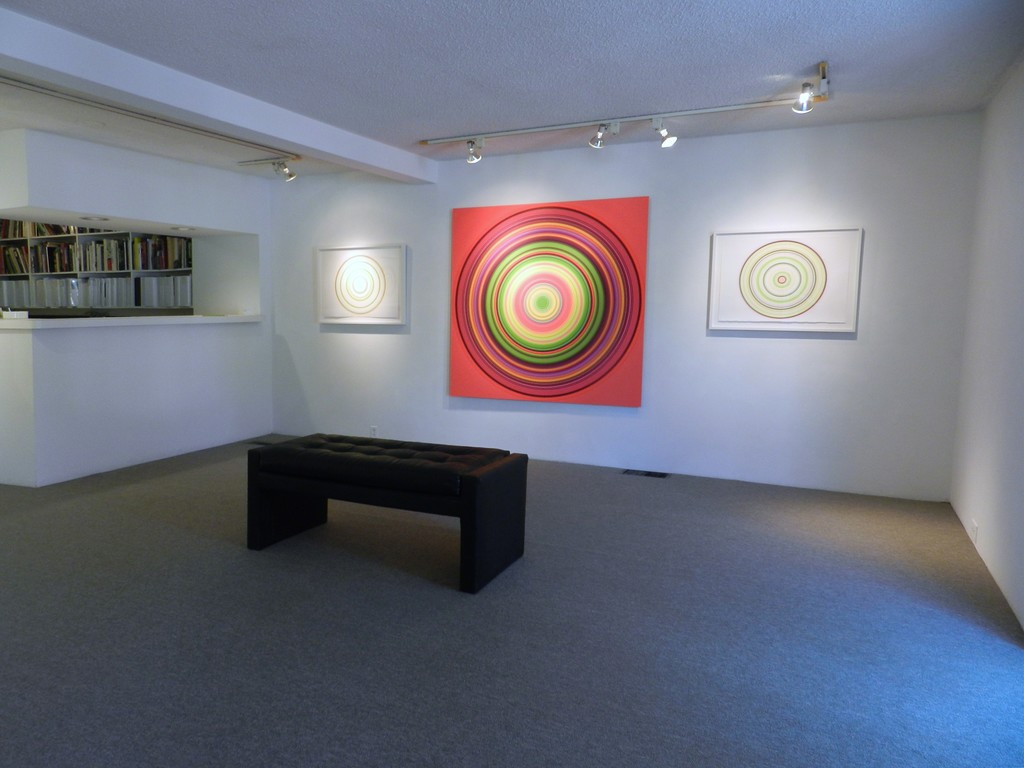 Cellular Level, an exhibition of new work by acclaimed Fort Worth artist John Holt Smith, will be on display October 28 through November 23 at William Campbell Contemporary Art. An opening reception will be held Friday, October 28, from 6:00 to 8:00 p.m. The show will include eight new large-scale paintings, in addition to several digital prints and drawings. Smith’s signature Oculus and Sequence paintings pare down complex images to strictly ordered lines of pigment that depict each object’s visible essence. The abstract pieces are reductive yet concentrated, consisting of hundreds of precisely rendered striations that reverberate in concert with one another across the two-dimensional surface.

Smith engineers such broad transformations through an intricate process that begins with digital manipulation of a photograph. He performs a series of cropping and stretching actions, distilling the image down to its most rudimentary elements to reveal its unique color signature. He then applies each line of color with painstaking accuracy to create a potent, high-contrast composition that comprises a multifaceted series of luminous, pulsating lines.

Smith has always been drawn to science-based ideas and their corresponding imagery, and as such, his art manifests largely as a convergence of the two disciplines. Cellular Level features paintings derived from images of adult neural stem cells originally captured with a microscope. He chose this source material for its intense color story, as well as for the theoretical implications. “The possibilities and promise of these cells drew me to them,” says Smith. “I like that they can be re-purposed, used to heal or grow. They are the building blocks—the foundation—of all life.”

While any mention of “stem cells” is often surrounded by controversy, Smith’s paintings eschew the debate, serving only to point out a visual transformation—to offer a new lens through which to view items of such vital substance. “I value the opportunity to move them into the art world,” he says. “That unexpected gaze reveals things that are surprising and energizes the work beyond the vibrant colors.”

Ultimately, Smith’s paintings commingle micro- and macro-environments within one space: each abstract composition has a specific color identity that also evokes notions of the universal. With his technical yet artistic approach, Smith mines the complex language of color. More than a visual element, it functions within these pieces as the measurement of an object’s physicality—a materialization of its unique fingerprint that remains inextricably woven into our collective ethos.

ABOUT THE ARTIST
A Fort Worth native, John Holt Smith has exhibited work throughout Texas and the United States, including solo and group shows in Fort Worth, Dallas, Houston, New York, Los Angeles, and San Francisco. Public works include large-scale commissions for the Mansion on Turtle Creek, the Joule Hotel, and the W Building in Dallas; Midwestern University in Wichita Falls; Fort Worth’s Crestline Investors group and Gideon Toal building; Terminal D at DFW International Airport; and the Neiman Marcus Collection.

Smith’s work has been featured in many publications as well, including Texas Monthly, Homestyle Magazine, Fort Worth Texas Magazine, Inky-Blue Magazine, Dallas Morning News, and the Fort Worth Star-Telegram. In 2006, his work appeared on the cover of the Neiman Marcus Christmas Book.

Smith received a B.F.A. from the University of California at Santa Barbara, where he concurrently worked with artist Ann Hamilton on many exhibitions, including those at the National Gallery in Washington, D.C. and the Spoleto Festival in Charleston, South Carolina. During college, he received the William Dole Scholarship and a Presidents Undergraduate Fellowship, and also spent a year in Florence, Italy, studying art and art history.

ABOUT THE GALLERY
Founded in 1974 by William and Pam Campbell, William Campbell Contemporary Art exhibits high-quality contemporary art in a variety of media, including paintings, works on paper, mixed-media constructions, photography, prints, ceramics, and sculpture. By exhibiting nationally recognized artists, along with new and emerging talent, the gallery aims to nurture an awareness and appreciation of the exciting diversity found in contemporary art.