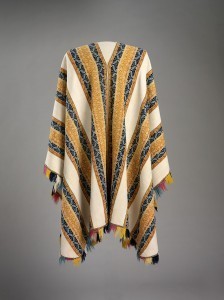 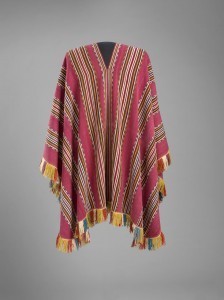 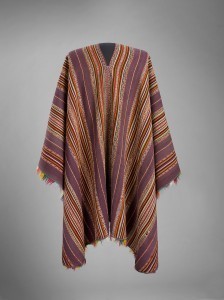 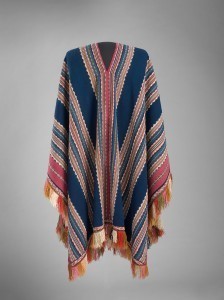 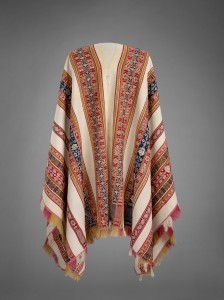 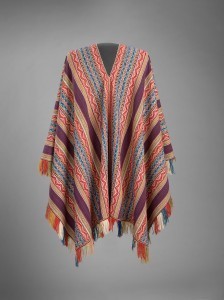 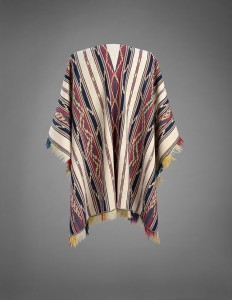 The weavings of the Aymara People in Bolivia include many different styles and types. This exhibition will focus specifically on the large Balandrán Ponchos of the 18th and 19th Century. Although Ponchos had been used by Andean Peoples for thousands of years, it was in Jesuit workshops that large Balandrán style ponchos were first mass produced for export to Spain and for local use in the 17th century. These Ponchos became a symbol ofstatus first worn by Mestizos who could not afford expensive Europeancloth. Later, the style was adopted by the Aymara after many of their traditional garments were outlawed by the Spanish following native uprisings at the end of the 18th century.

Two hundred years later a chance meeting in 1974 brought Giles Mead andWilliam Siegal together. Mead was the Director of the Los Angeles CountyMuseum of Natural History and Siegal an avid traveler and textile dealer.Within a month of their first conversation Mead became Siegalʼs principalclient for the weavings of the Aymara. Driven by a mutual passion for great weaving and a shared understanding of the historical significance of the otherwise undiscovered master works of the Aymara, they set out to collect, document and preserve as many of the oldest and finest examples as they could find. It became an undertaking of unexpected scale that ultimately led Siegal to spend nearly fifteen years traveling to remote villages on the Altiplano seeking heirloom textiles.