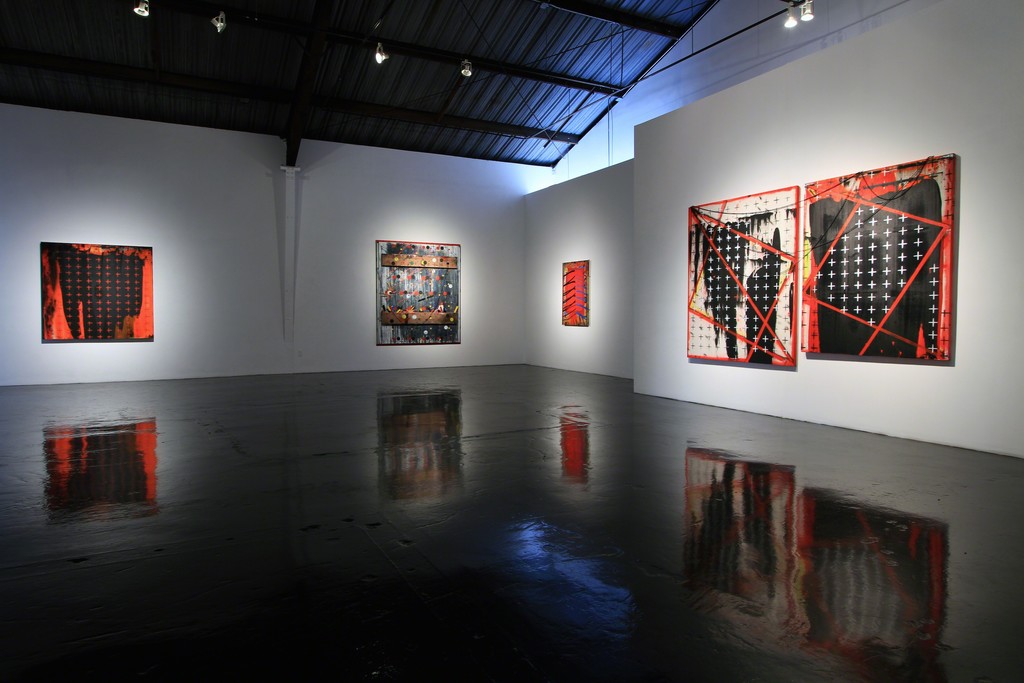 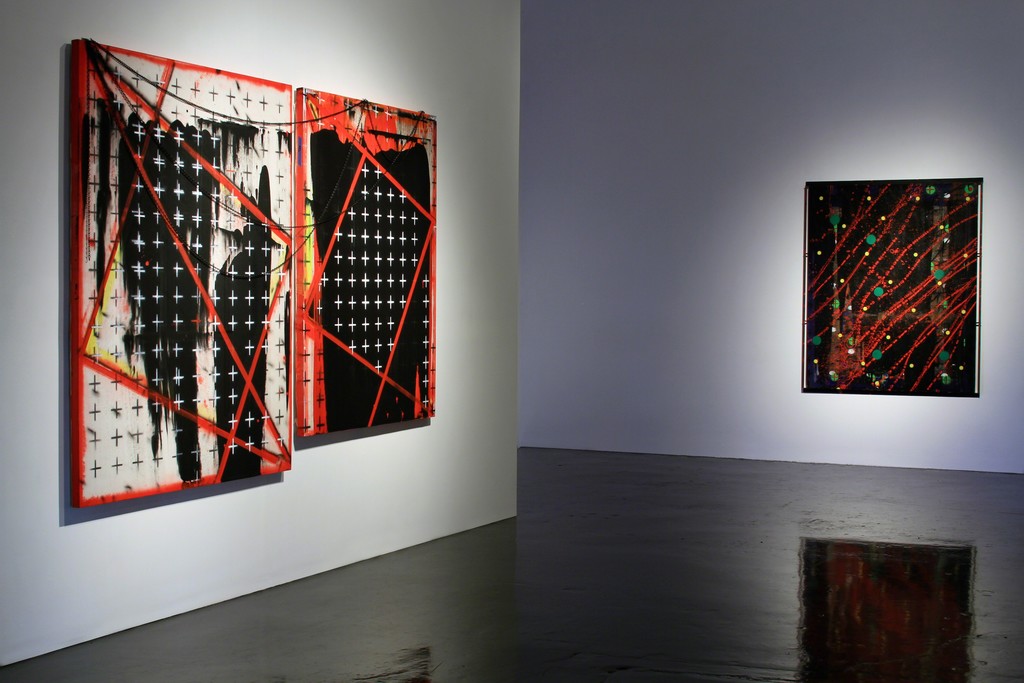 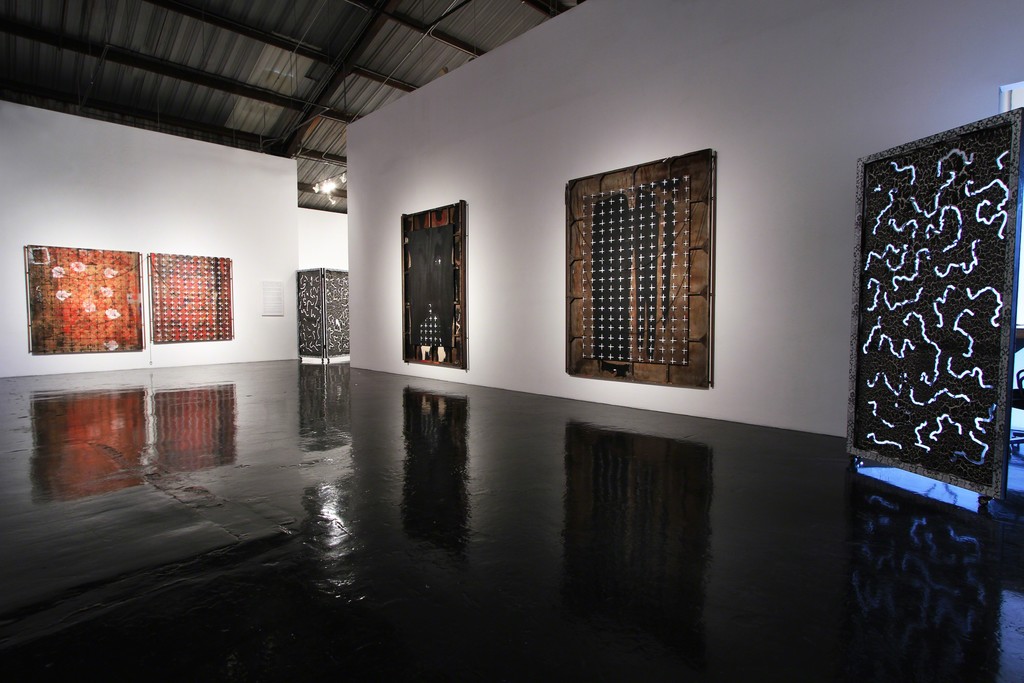 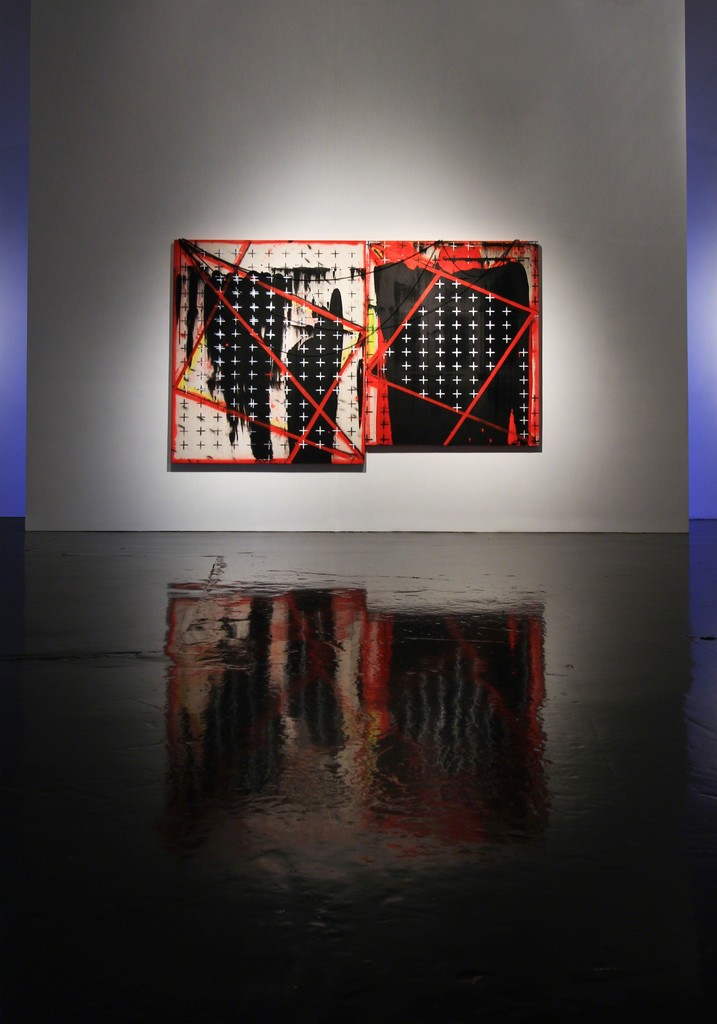 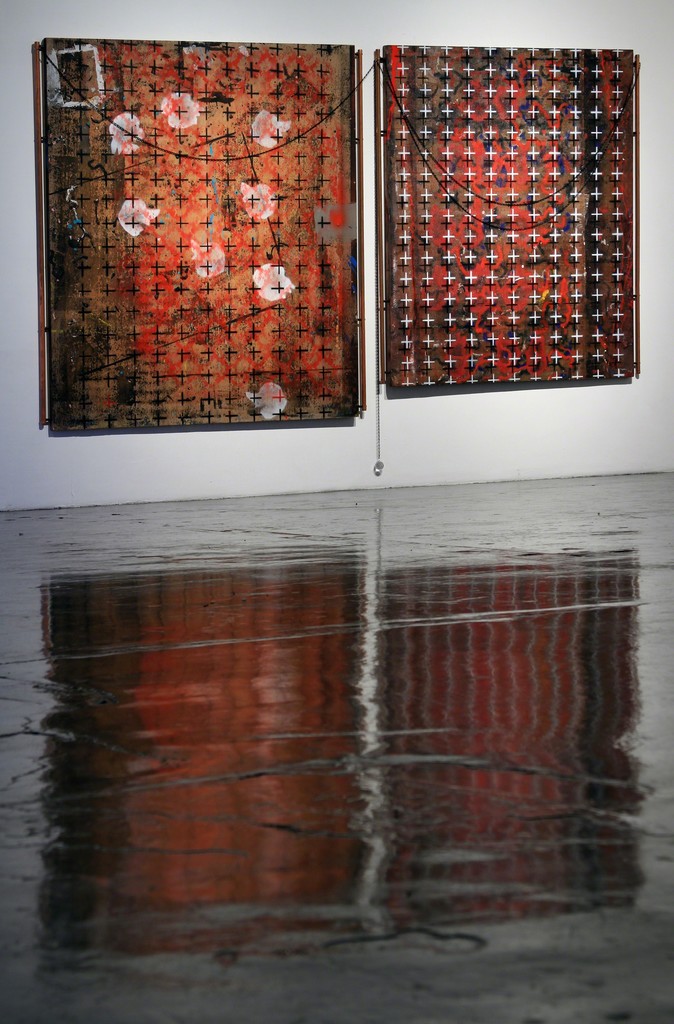 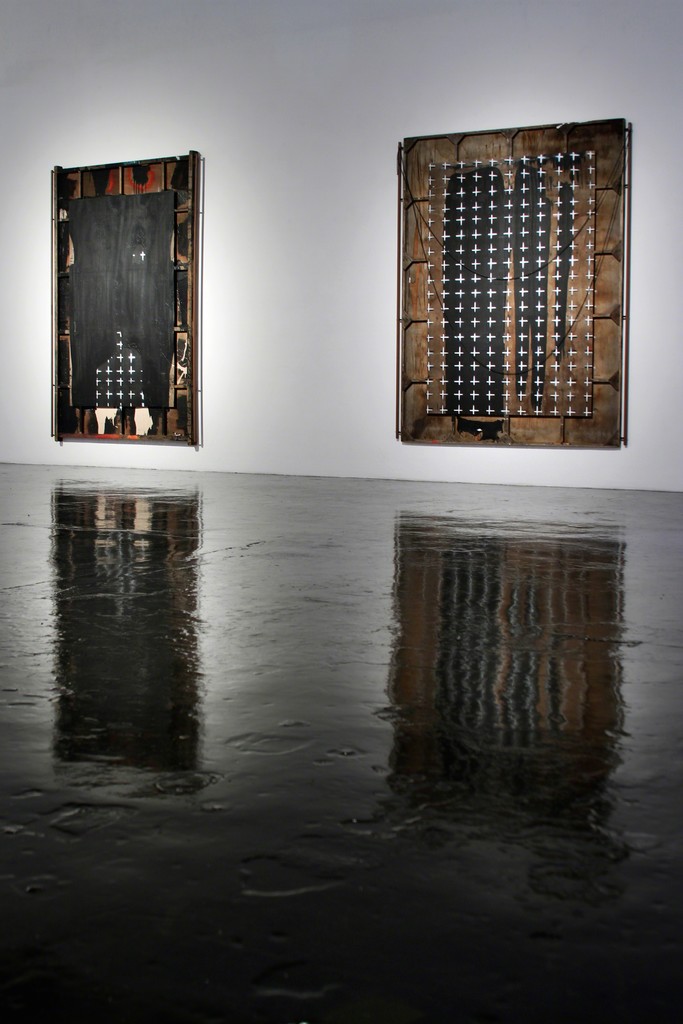 William Turner Gallery is pleased to present Ed Moses: Now And Then, an exhibition of paintings and works on paper. Since the 1950s, Ed Moses has been at the heart of the LA art scene. One of the founding artists at the legendary Ferus Gallery, Moses was a compelling presence in the Post-War movement in Los Angeles.

Today, Moses’ work graces the collections of the nation’s major museums and he is regarded by many as a cultural icon. Yet, Moses eschews the term artist, preferring instead more elemental descriptives - painter, mark-maker, mutator. Stylistically, Moses has resisted allegiance to any one movement, preferring instead a practice that is immersed in the moment. Such commitment has led to a uniquely varied body of work that is energized by restless re-invention and a willingness to take risks.

In Now and Then, Moses has produced a series of paintings that are delightfully rugged, in some utilizing the backs of old stretcher bars, re-purposed materials and earlier paintings that have sat for years in his studio. Each piece is a layered visual record of the painter’s path - like strata in the Earth’s surface, every mark Moses makes builds on prior works. These paintings can be read as allegories of time - past, present and future. Mining his own oeuvre as he has, Moses presents us with paintings that nonetheless strike out in bold, new directions.

Moses also introduces several series of exquisite new works on games of chance and skill, Baccarat and Pai Gow, the titles perfectly illustrate Moses’ embrace of the balance between the mastery of the artist’s hand and the uncontrollable forces of nature.

In 1996, MOCA mounted a major retrospective for the artist. Last year, the University of California Irvine, held their own comprehensive retrospective, entitled Cross-Section. Both were met with huge critical success.

Currently, the Los Angeles County Museum of Art is exhibiting an exquisitely curated solo exhibition of Moses’ works on paper from the 1960s and 70s, on view through August 2, 2015.

In addition to MOCA and LACMA, Ed Moses’ work is in the permanent collections of such prominent museums as the Hammer Museum, San Francisco MoMA, the Whitney Museum of Art, the Frederick Weisman Foundation, the Menil Foundation and the Museum of Modern Art in New York.