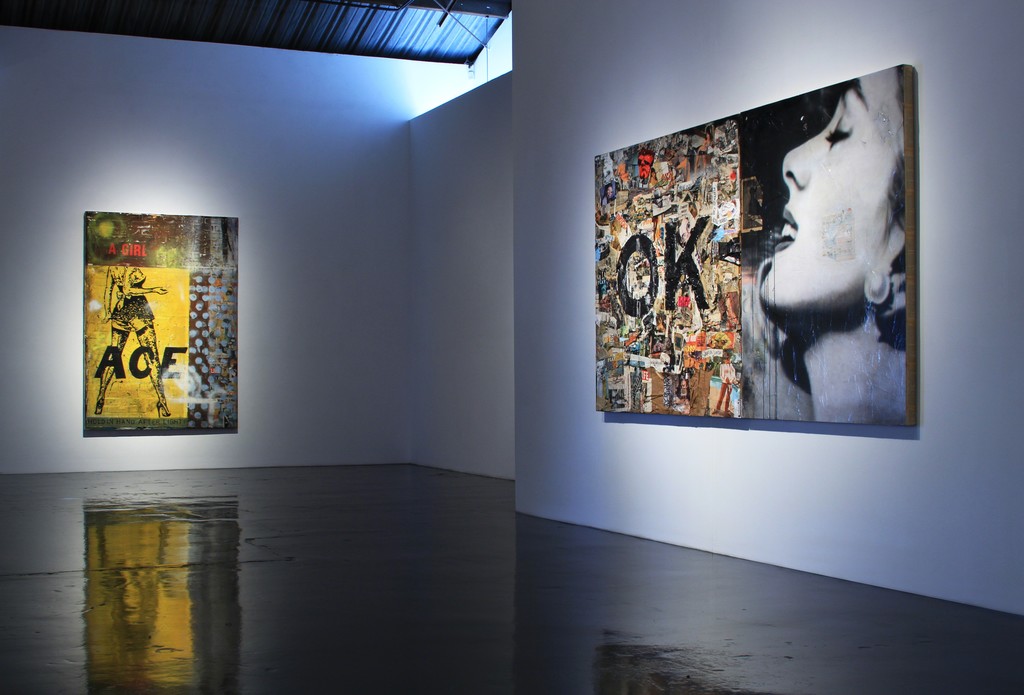 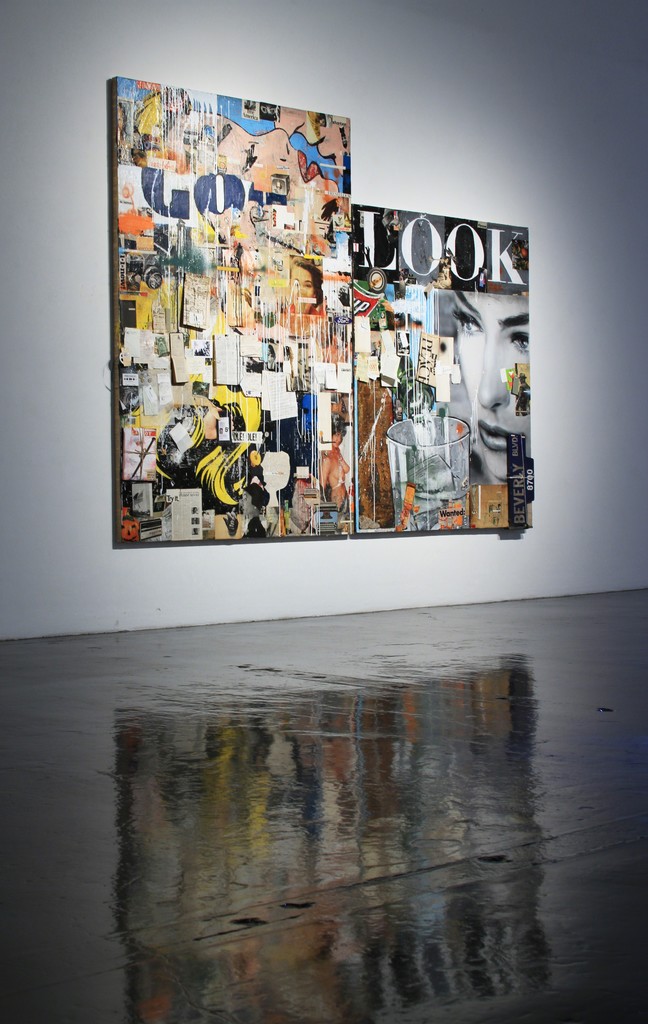 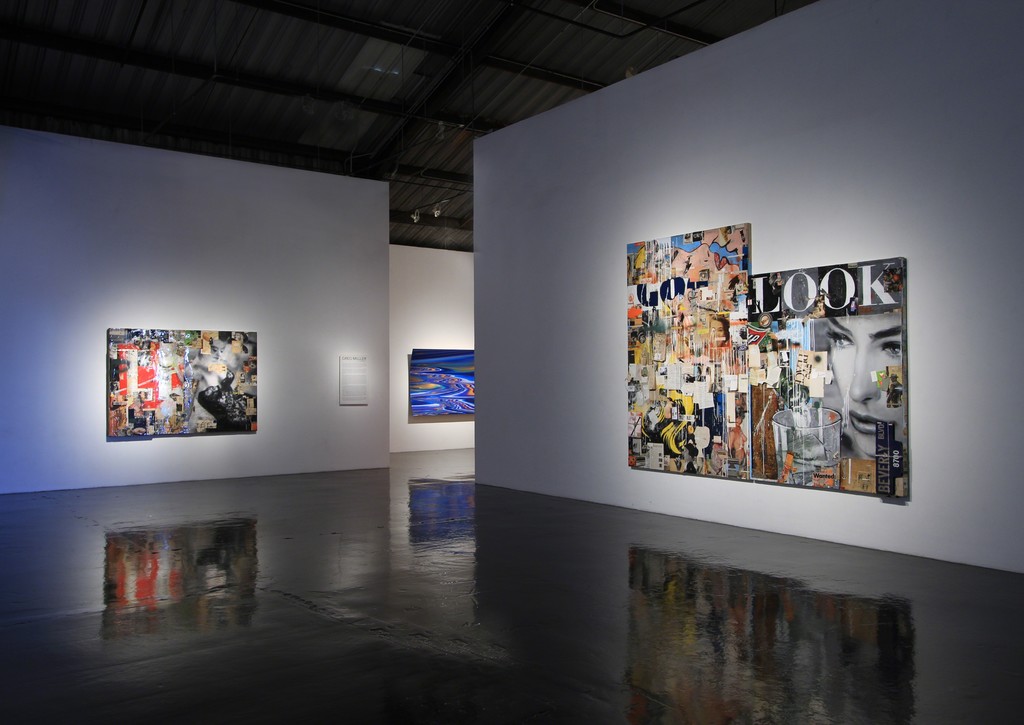 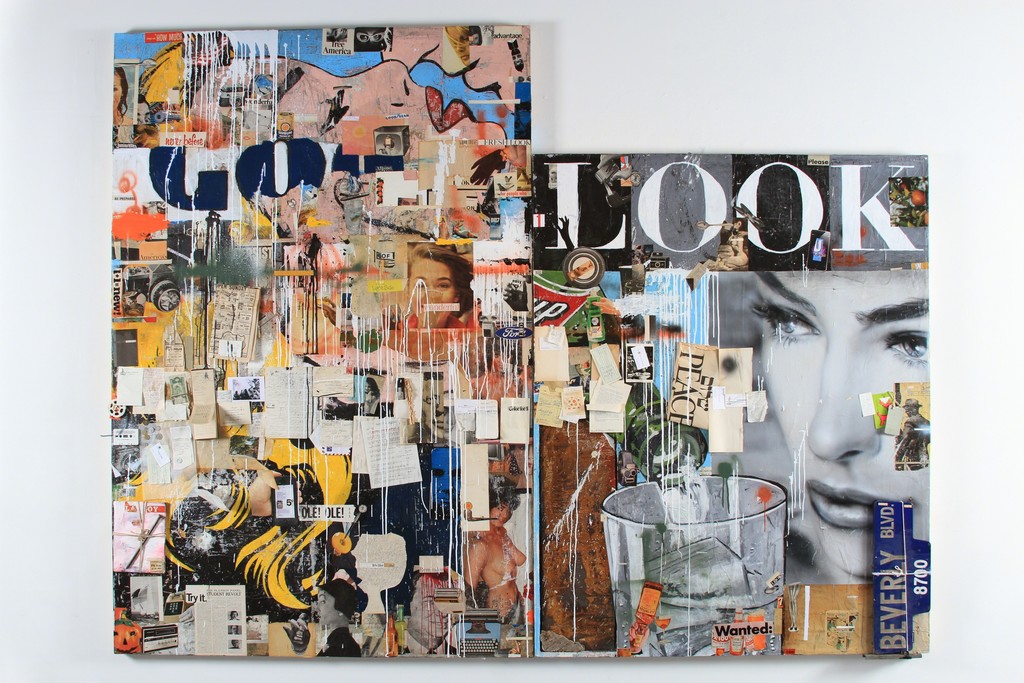 The William Turner Gallery is pleased to present J Street, a series of new works by Greg Miller. Following a recent move to New York, history and how we make it, has been weighing on Miller’s mind. J Street, named for the main drag in Miller’s hometown of Sacramento, CA, is a collection of paintings that explores the ways in which we carry, preserve and experience our collective and individual histories.

Born in 1951, Miller came of age in the Bay Area in the 1960s and 70s, a time when America’s projected Post-War idealism was at odds with tumultuous political and social conflict. There are visual references to historical events in Miller’s work - both the joyous and the turbulent - juxtaposed with those signifiers of modern American culture - provocative and glamorous women, iconic consumer products, booze, classic cars and apple pie.

Miller’s work synthesizes a number of elements both contemporary and age-old. Critic Peter Frank remarks, “Greg Miller brings the pictorial poise of Pop to the eloquent fury of street art, effecting a marriage - or at least a torrid affair - between two hot items. One item is hot today, the other has been hot for a half century, but in Miller’s hands there is no generation gap, only a spiritual union - one that generates a sky, or at least a wall full of sparks.” With this series in particular, Miller’s practice reaches even further back in time - to the cave paintings of early man. This is a territory he explores by addressing our primal urge to make marks - the human need to declare to posterity “I was here!” Collaged elements project off of the surfaces - Miller has left some of the paintings resin-free, raw and exposed like cave walls or city streets, making the artist’s ritual of creating more tangible and tantalizing.

The images that Miller assembles and renders tell the story of us - establishing Miller as a visual storyteller of modern culture. As an artist, Miller has often dealt with the idea of bringing the outside world in - no easy task considering the barrage of images that we absorb every day. From tattered billboards to pages torn from popular magazines to slick advertisements, Miller mines the immense American visual culture to create a new language through which we can understand our history. In this sense, Miller’s works function as contemporary cave paintings - records of information transcribed in Miller’s unique visual language of painted image, found ephemera, gesture, text and iconography. There is a spontaneity to Miller’s mark making - paint drips and falls across the surface in Pollock-esque gestures, graffiti-like sprays and urgent scribbles punctuate the layered images. One might say that these are Miller’s handprints on the cave wall - a wall plastered with images that evoke desire, nostalgia and a collective visual consciousness.
Greg Miller’s work is featured in numerous museum and private collections, including the Frederick R. Weisman and Charles Saatchi Foundation. The Get Go, a volume of his writings, photography and paintings, was published in 2010, and the first comprehensive monograph on the artist, Signs of the Nearly Actual, was published in 2008.