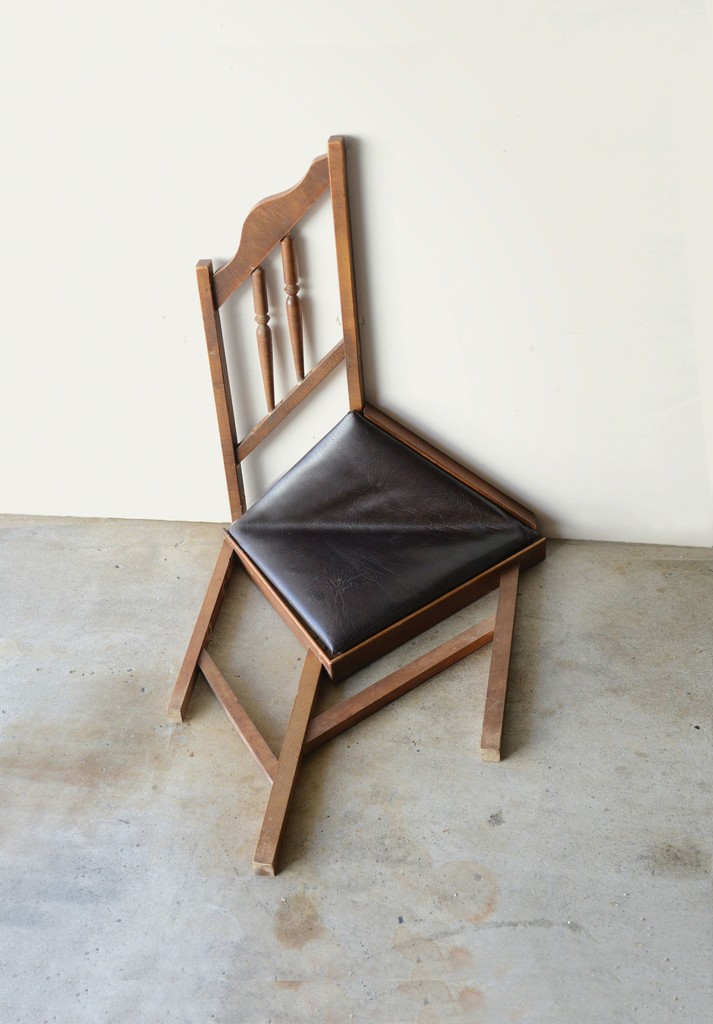 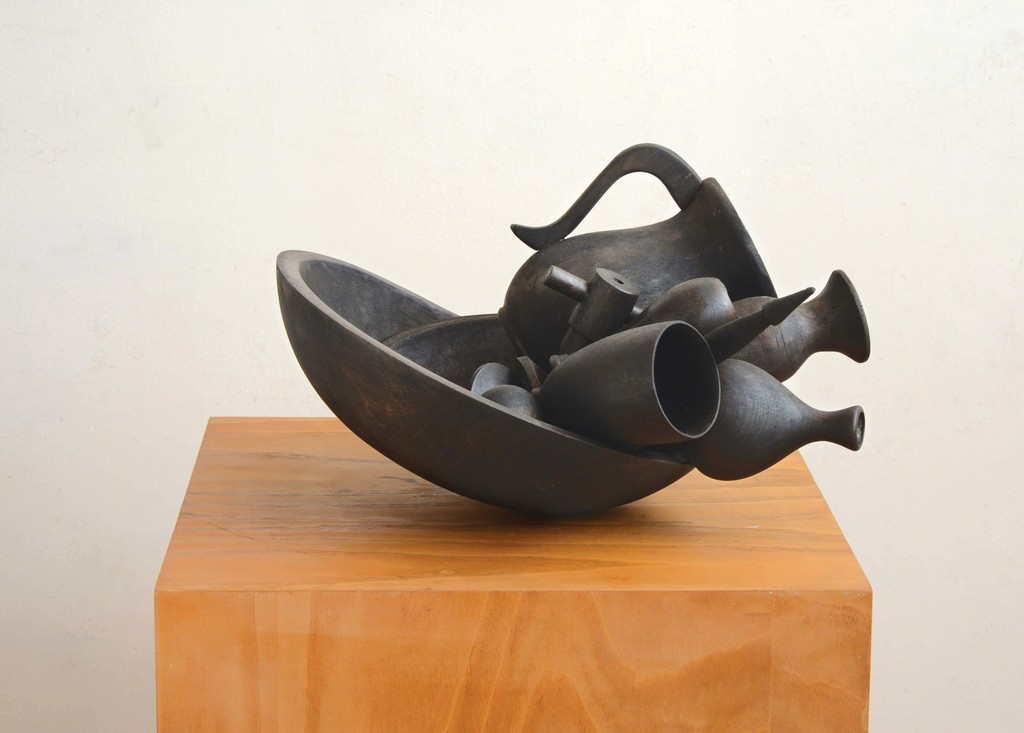 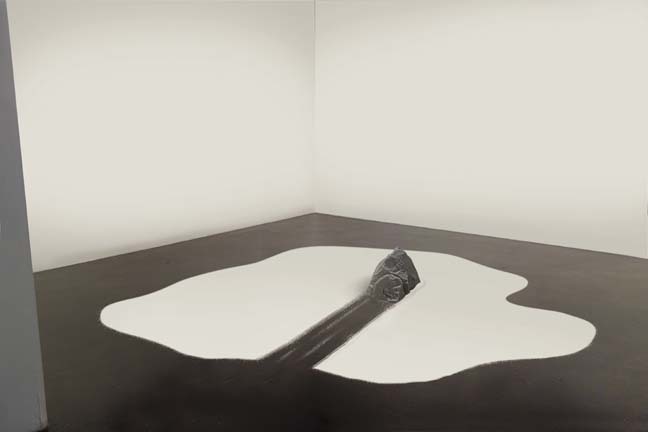 William Turner Gallery is pleased to present Idiosyncrasy, an exhibition of new sculptures by Los Angeles based artist, Koji Takei.

Creating sculptures of exquisite peculiarity is an art in which Takei excels. His elegantly crafted works embody the notion of the whimsical, contradictory and idiosyncratic. There is an immediately detectable sense of humor and quick wit about the sculptures in this exhibition. Beyond playfulness, however, Takei’s aim is to challenge the viewer to alter the way in which they look at reality.

Taking cues from the Surrealists of the early 20th century, Takei transforms the mundane into the fantastic - and sometimes absurd. His work is a constant inquiry into the meaning of functionality and the perception of purpose. Much like Man Ray’s iconic readymade sculpture, The Gift (1921), and Meret Oppenheim’s infamous fur-covered teacup (Object, 1936), Takei recontextualizes those pragmatic objects that we immediately recognize. With his piece Soft Shoulders (2011), Takei deconstructs a wooden clothes hanger into small pieces that are linked together like a necklace. He has obliterated its essential utility and in the process has created an entirely new object with new meaning and ultimately a new purpose.

In Takei’s hands, seemingly utilitarian objects are rendered useless, but are arguably made more beautiful - transformed from the quotidian to the extraordinary. For instance, inspired by watching the dramatic motions of a violinist playing in concert, Takei has taken a vine and twisted it into a delicate spiral, adding the frog, end cap and horsehair from a traditional bow to create A Thousand Strokes, (2015). The title itself is a double entendre - at once referring to the motion of playing an instrument and also to a cheeky Japanese slang. By altering the forms of these familiar objects, Takei imbues them with new meaning. Using clever, tongue-in-cheek titles, Takei in many instances personifies them, projecting our own attributes onto those ordinary, inanimate things that we utilize every day.

Koji Takei was born in Japan and currently lives and works in Los Angeles. He received his BFA from CalArts and has taught at Otis College of Art and Design, California Institute of the Arts and currently, Art Center College of Design. His works have been exhibited in a number of museums including the Laguna Art Museum and the Japanese American National Museum in Los Angeles. This marks his sixth solo exhibition at William Turner Gallery.