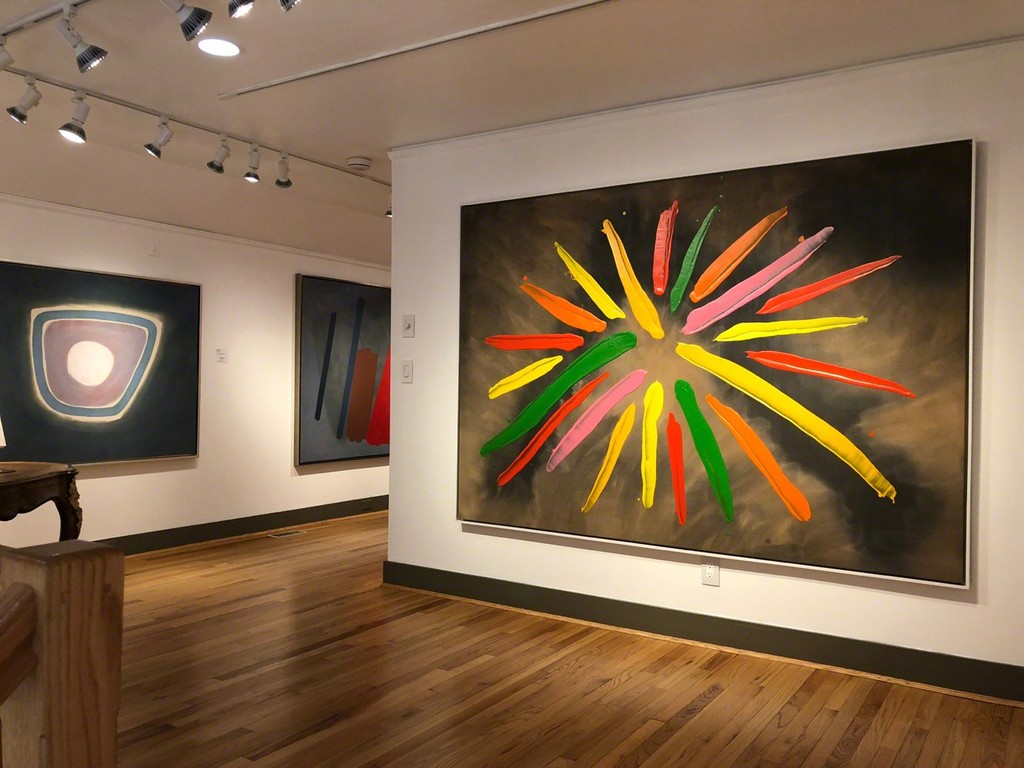 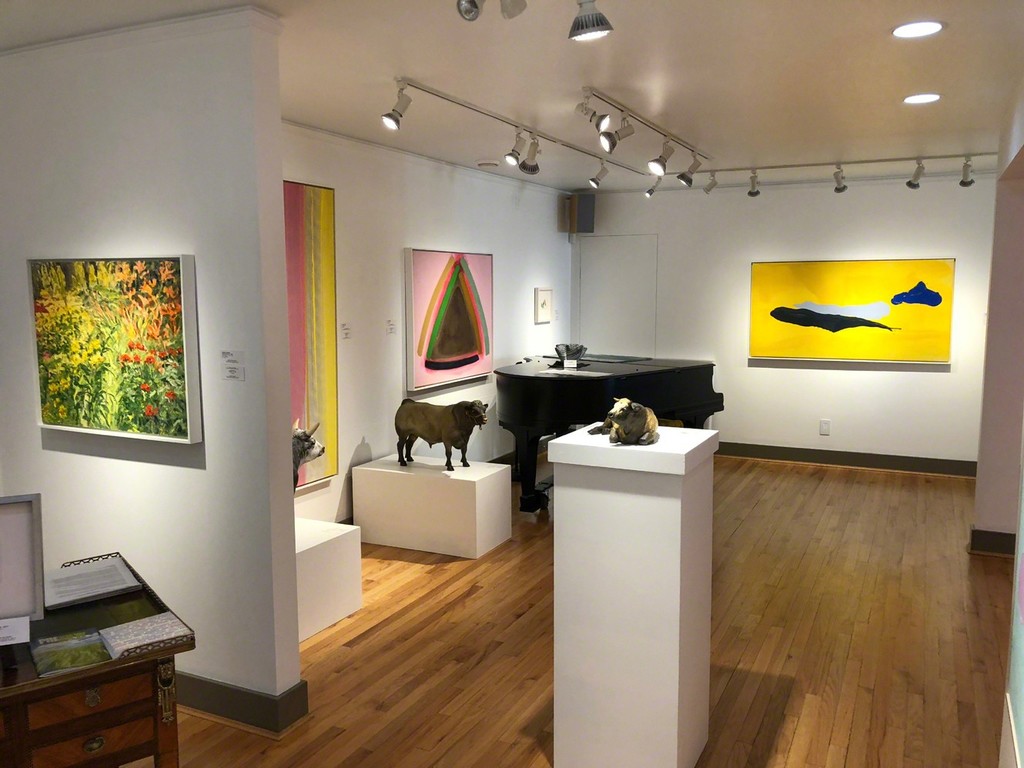 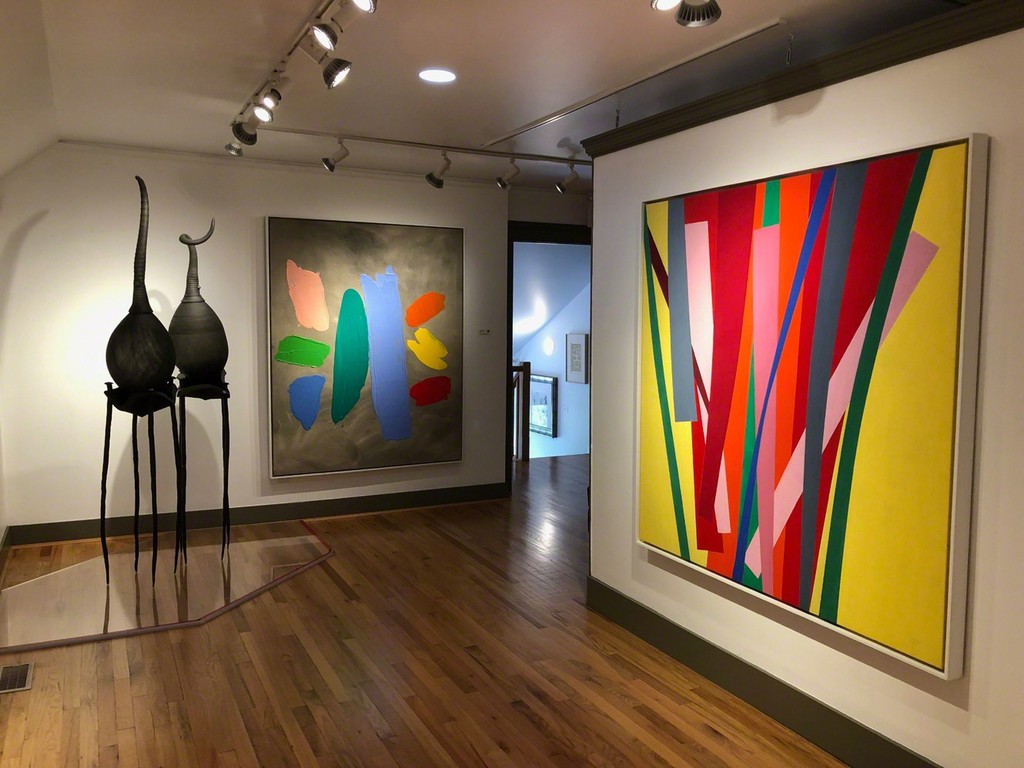 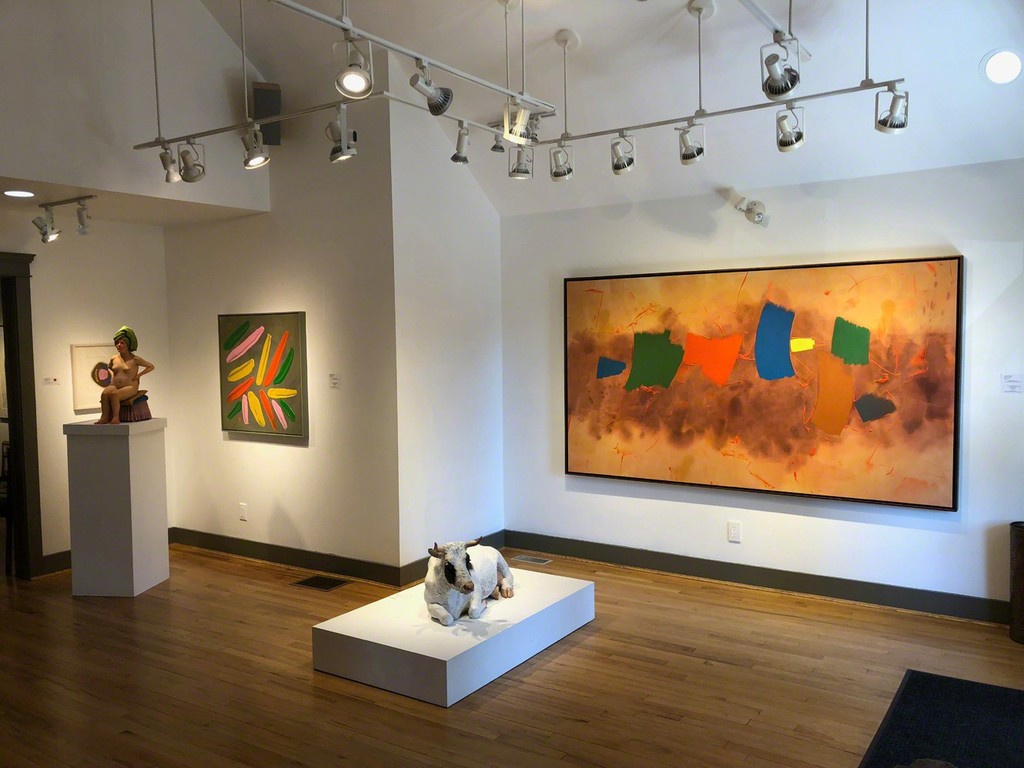 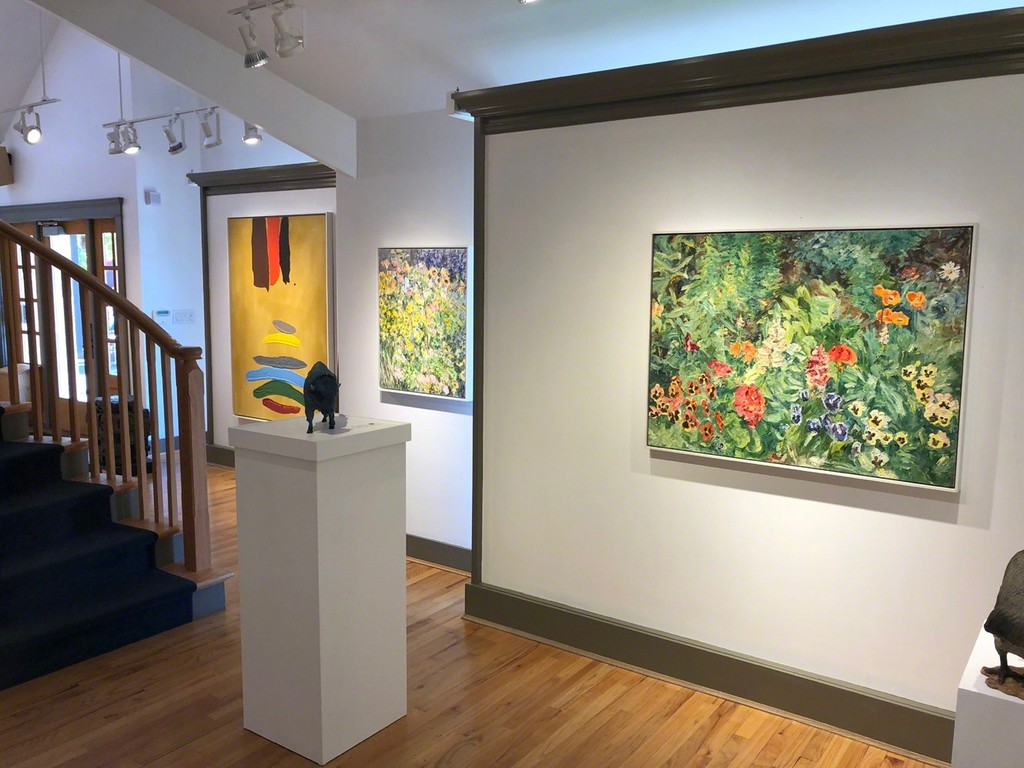 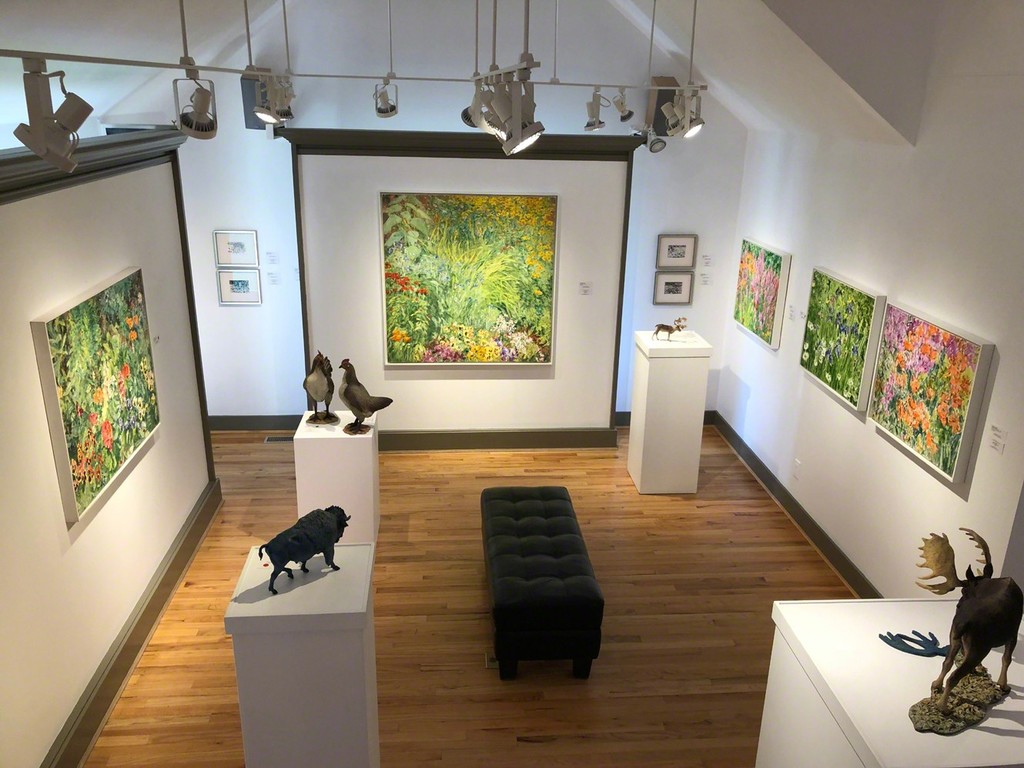 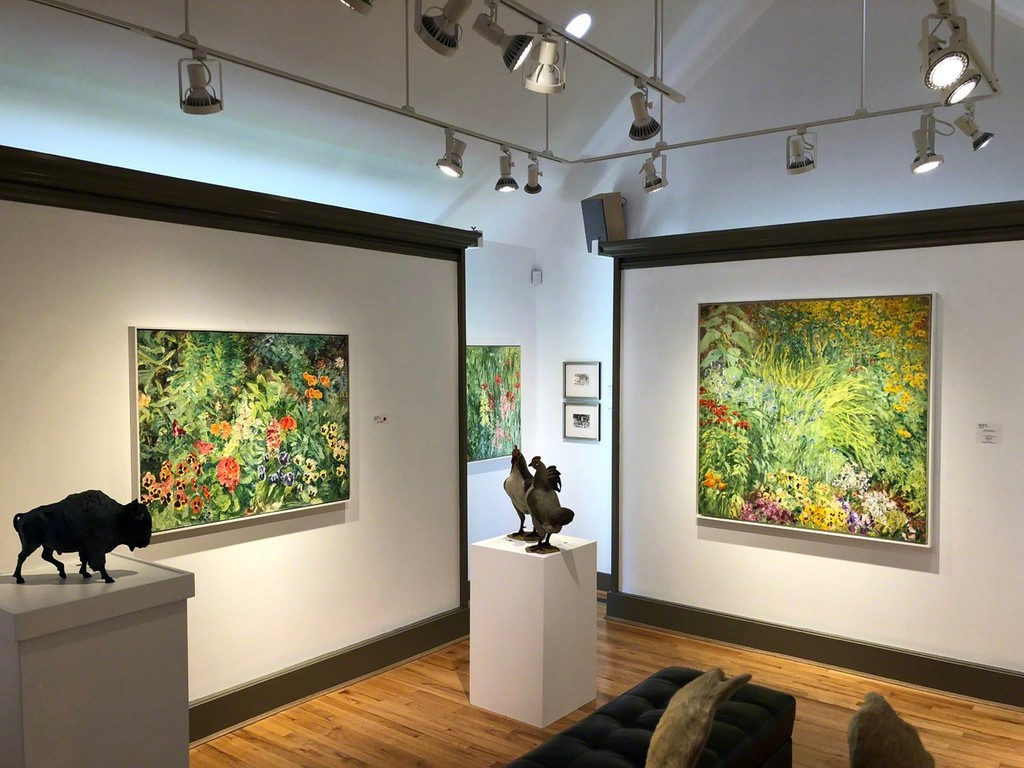 VICTORIA – Winchester Galleries presents a major joint exhibition of work by the important Canadian painters William Perehudoff and Dorothy Knowles, May 1 – 26, 2018 in its Oak Bay gallery. Everyone is invited to the official opening reception on Saturday, May 5th from 2:00 to 4:00 p.m. with Dorothy Knowles and members of her family in attendance.

PURE JOY: WILLIAM PEREHUDOFF AND DOROTHY KNOWLES will feature the joyful abstract acrylics of William Perehudoff who has long been hailed as one of the country’s greatest colourists and who was ranked with Jack Bush by Clement Greenberg, the 20th century’s most influential art historian and critic. Also on display will be the exuberant floral oils of Dorothy Knowles, Saskatchewan’s quintessential landscape painter (and Perehudoff’s wife) who was encouraged by Greenberg to pursue her uncommon approach to the land.

Winchester Galleries has represented Perehudoff and Knowles for many years, and these works were all hand-picked by the gallery from the artists’ studios in Saskatoon.
William Perehudoff's (1918-1913) achievements in Colour Field painting are internationally regarded. He was born to Doukhobor parents and grew up on the family farm in Saskatoon. While working for Intercontinental Packers for union wages in 1947, he painted large murals for the plant's cafeteria. From there, he earned enough to study in Colorado with the eminent muralist Jean Charlot. From 1950 to 1951, Perehudoff attended the Ozenfant School of fine Arts in New York, followed by the first of several Emma Lake Artists Workshops. It was at Emma Lake that he developed ties with many international colour field painters including Kenneth Noland and Jules Olitsky. He was a member of the Order of Canada and among his many other awards was the Queen's Diamond Jubilee Medal.
Dorothy Knowles was born in Unity, Saskatchewan in 1927. She received a BFA from the University of Saskatchewan 1948, intending to become a laboratory assistant. Instead, after attending the 1948 artists’ workshop at Emma Lake, she was redirected to the practice of painting. Like her husband, William Perehudoff, she regularly attended the Emma Lake Artists Workshops until 1969, studying with Joseph Plaskett, Will Barnet, Clement Greenberg, Ken Noland, Jules Olitski, Lawrence Alloway and Michael Steiner. She pursued further studies at the University of Saskatchewan, the Goldsmith School of Art in London and the Banff School of Arts. In 1987 she was awarded the Medal of Saskatchewan; in 2004 she received the Order of Canada; in 2012 she was a recipient of the Queen’s Diamond Jubilee Medal; and in 2017 she was awarded the Canada 150 medal.