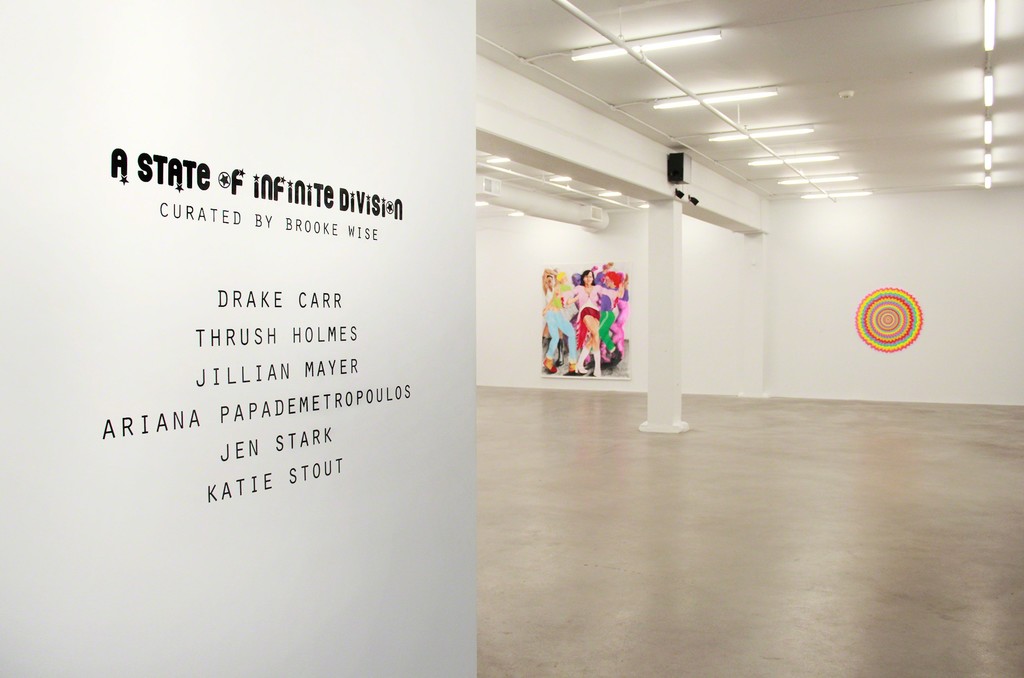 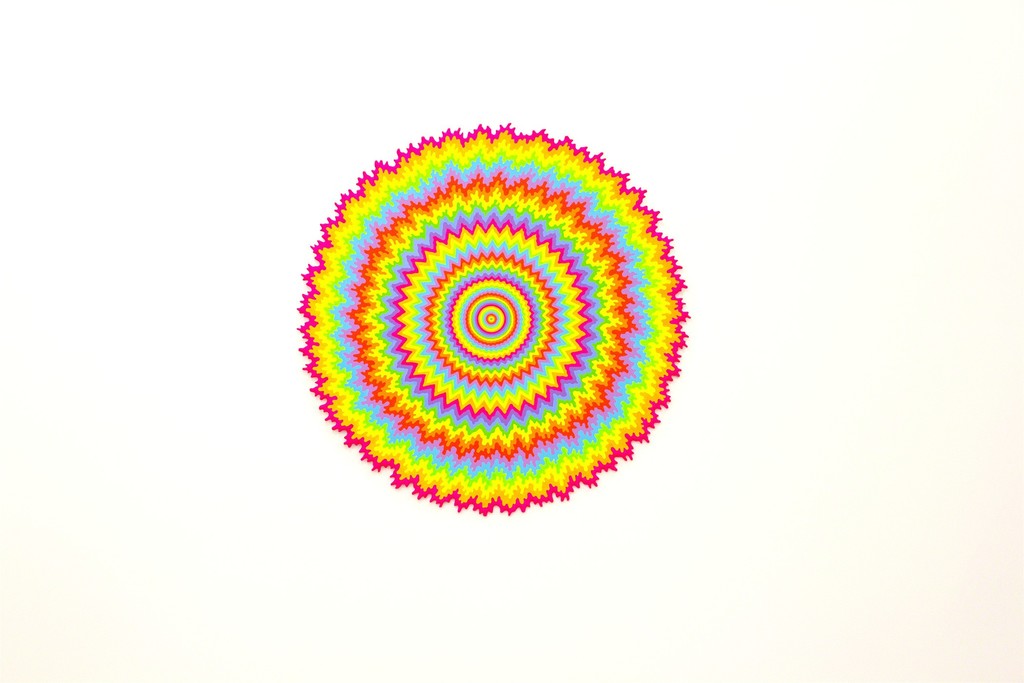 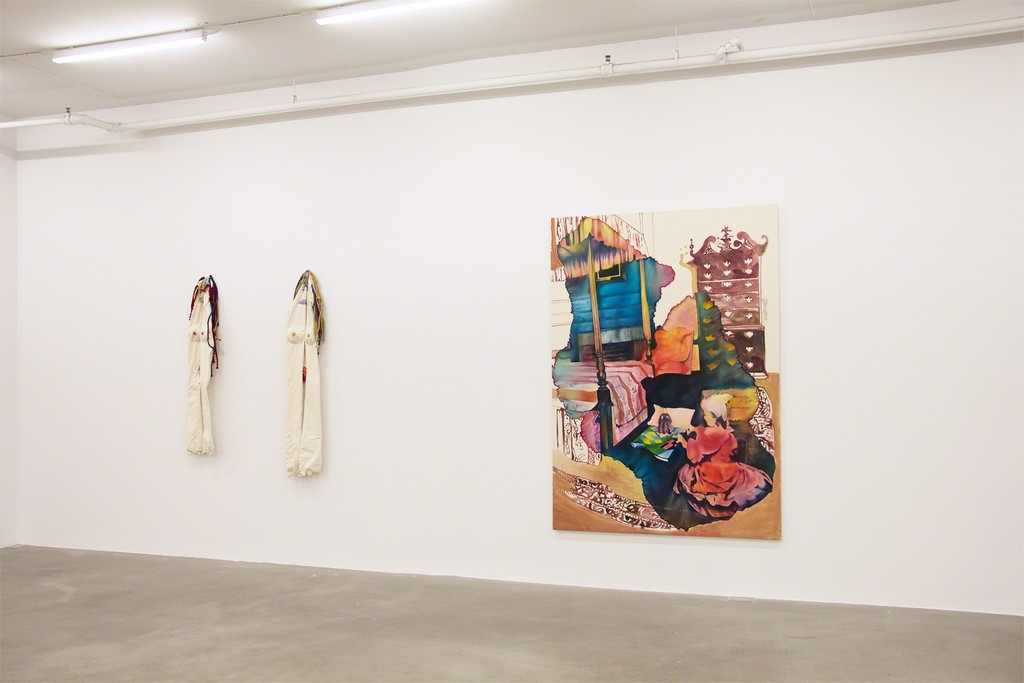 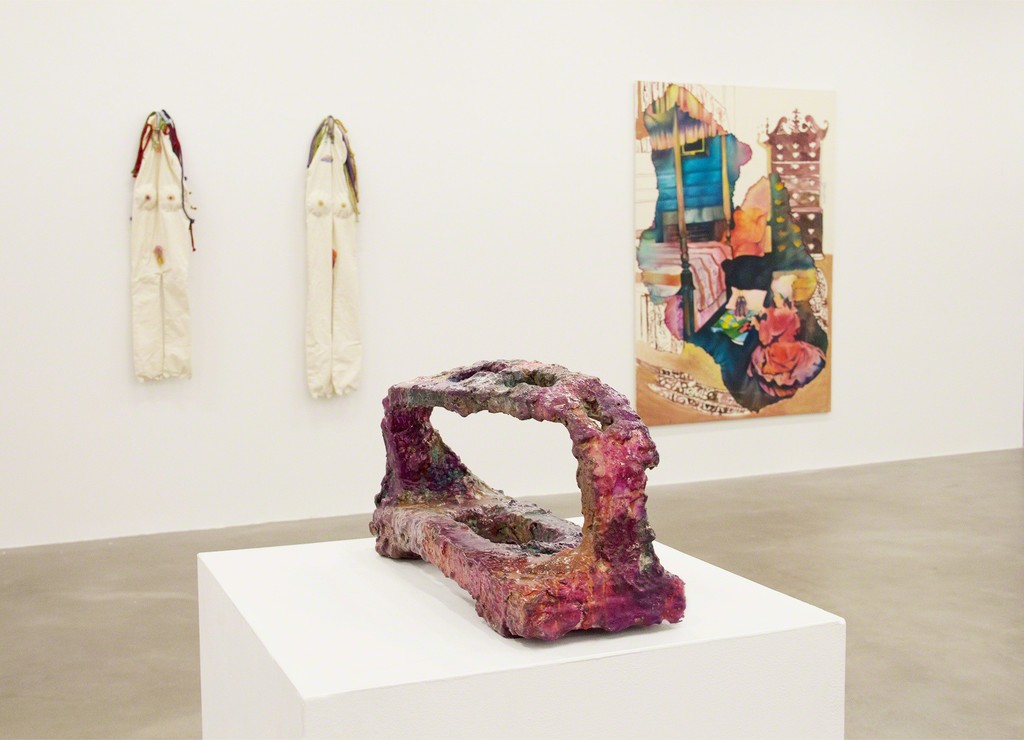 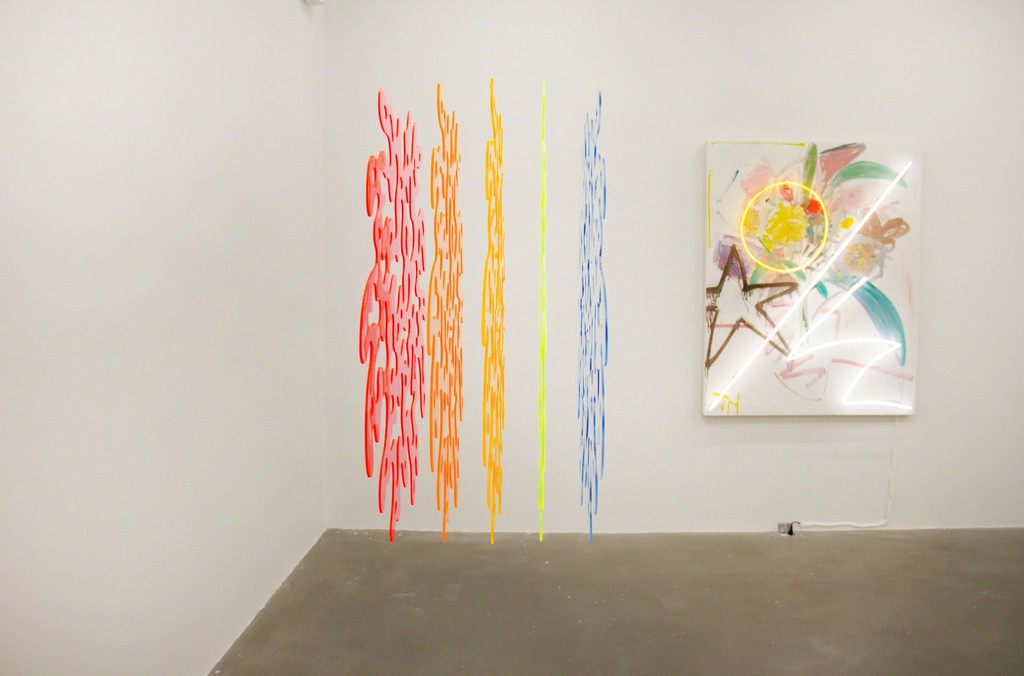 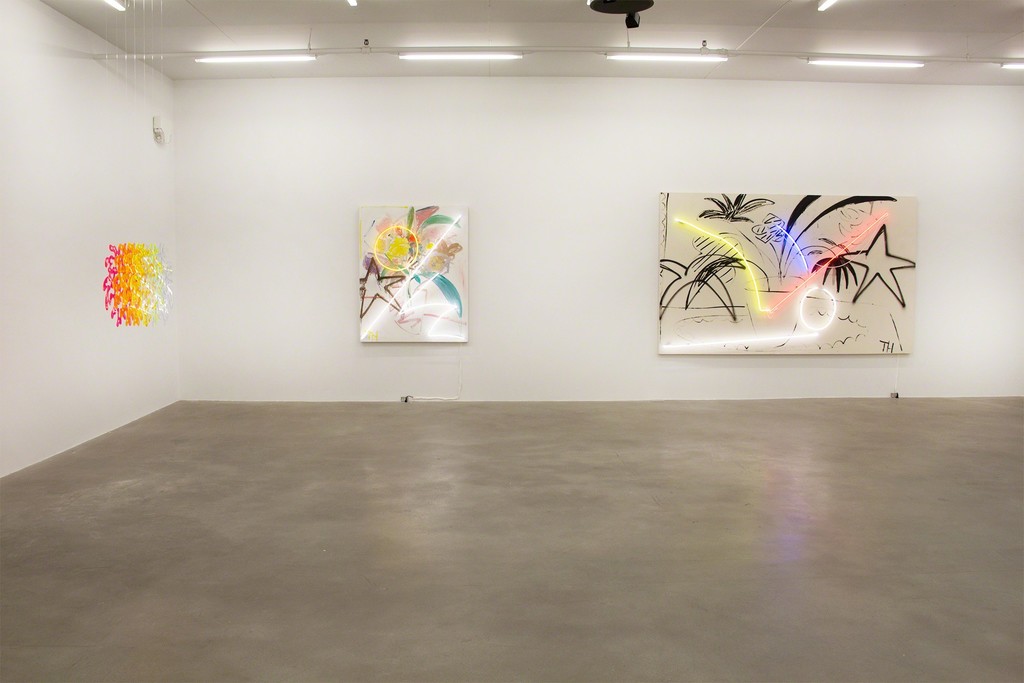 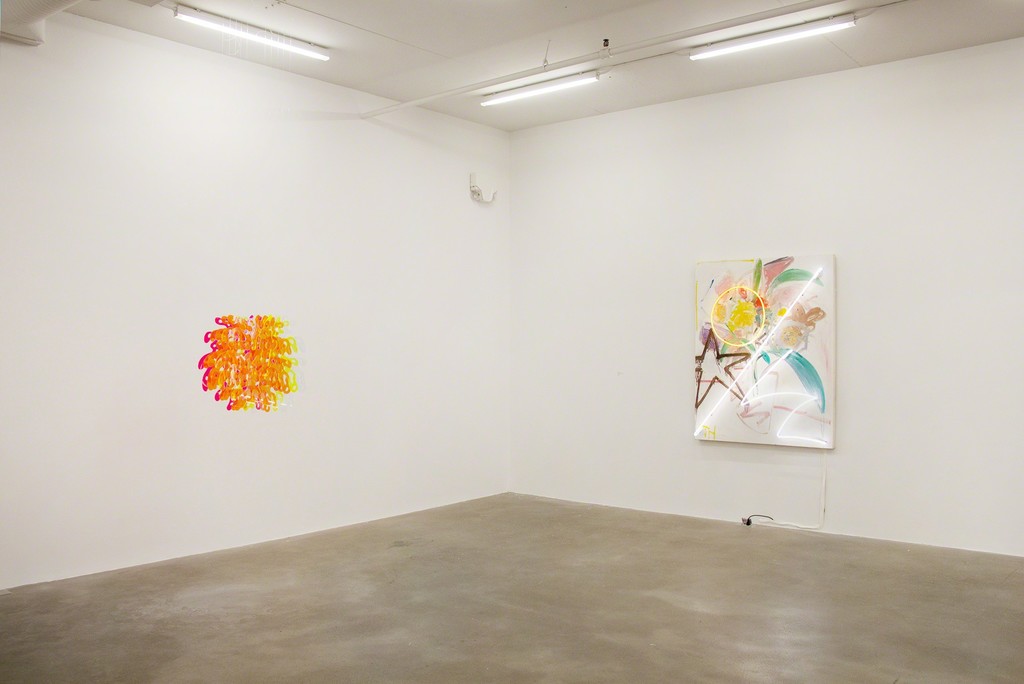 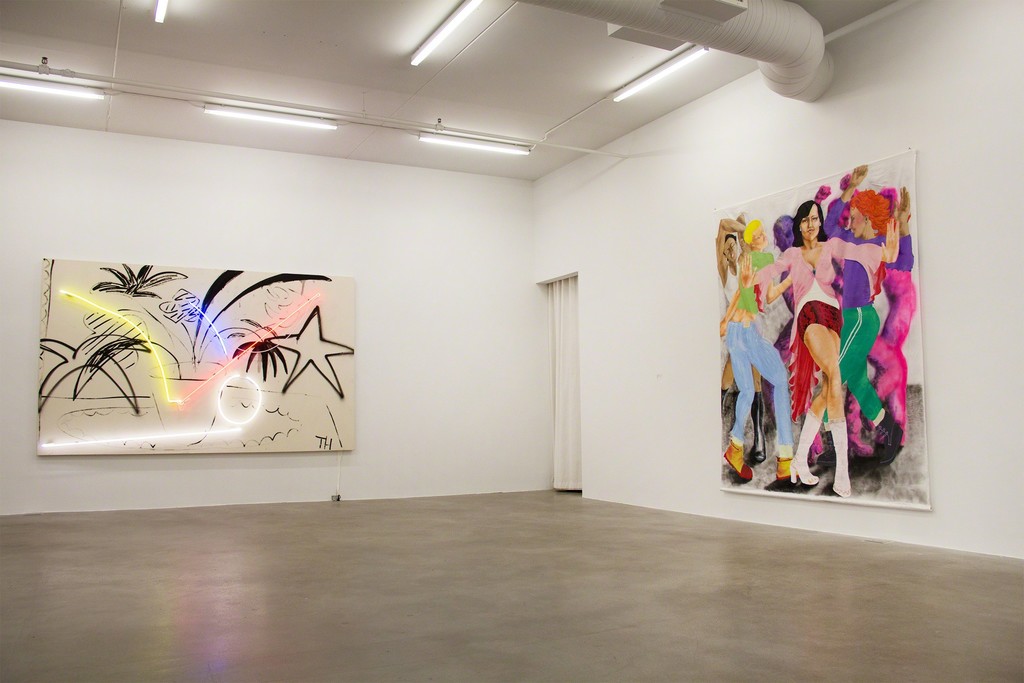 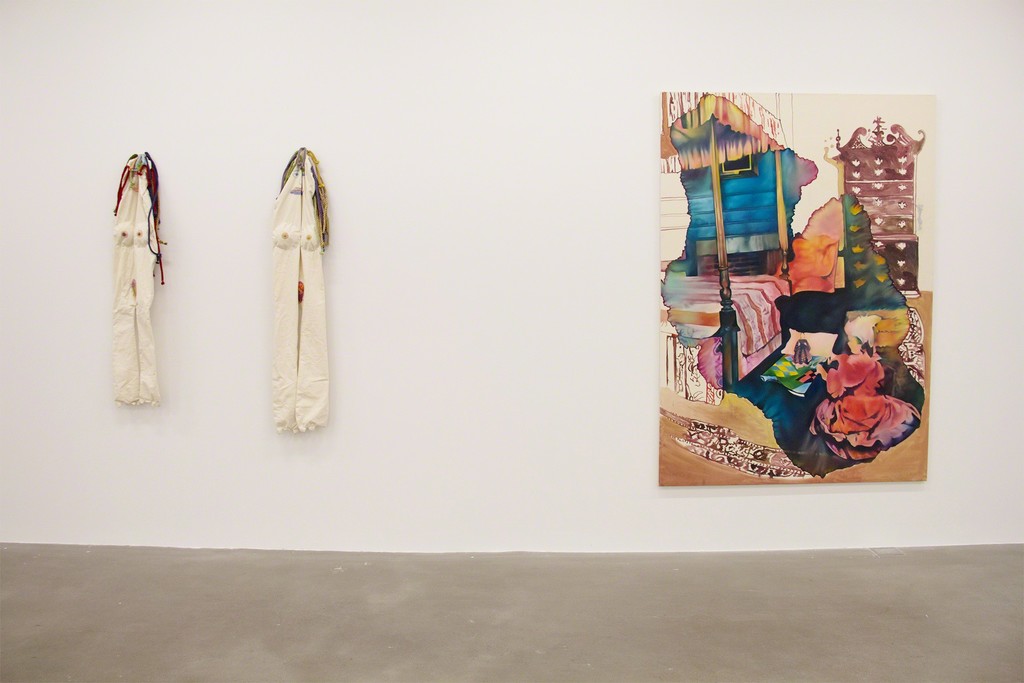 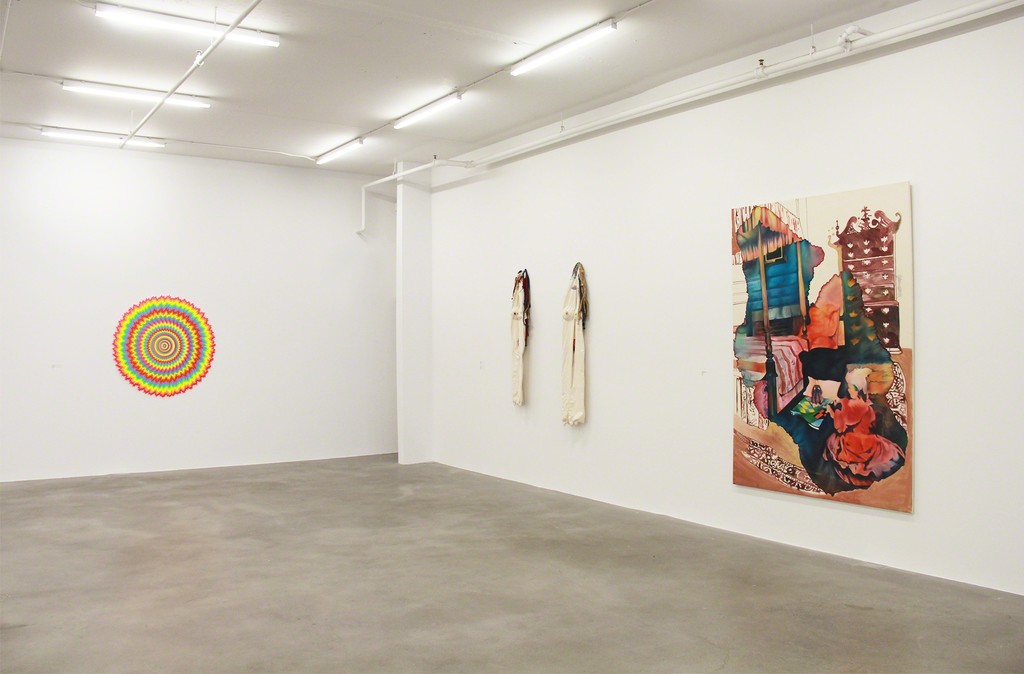 Winsor Gallery announces the upcoming exhibition entitled The State of Infinite Division curated by Brooke Wise. The exhibition runs from February 1st – February 24th, 2018. An opening will be held on the evening of February 1st, from 6-8pm; Brooke Wise and selected artists will be in attendance. Based on Michel Eugene Chevreul's, “The Principles of Harmony and Contrast on Colours”, The State of Infinite Division guest curated by Brooke Wise seeks to investigate colour vision, and each piece evokes harmony, wonder and illumination. The exhibition features work from artists Jen Stark, Thrush Holmes, Drake Carr, Katie Stout, and Ariana Papademetropoulos.

Jen Stark
Jen Stark was born in Miami, Florida in 1983 and received her BFA from Maryland Institute College of Art in 2005, majoring in fibers with a minor in animation. Her artwork mimics intricate patterns and colors found in nature while exploring ideas of replication and infinity. Although Stark is most recognized for her paper sculptures, she has explored a variety of media including wood, metal, paint, plexi and animation.
Stark has exhibited globally with major shows in NYC, Los Angeles, Miami, Chicago, Thailand and Canada. Her work is included in the Smithsonian American Art Museum, the West Collection, Crystal Bridges Museum of American Art, the Museum of Art Fort Lauderdale and MOCA Miami among others.

Thrush Holmes
Thrush Holmes is a self-taught Toronto-based artist, who at 29, has exhibited throughout Canada and the US, and has been placed among Canada’s top-selling living artists. His work has been accessioned into numerous celebrity and high-profile collections, including the Government of Ontario Art Collection, and Department of Foreign Affairs and International Trade Art Collection (Canada), and has garnered considerable national and international critical acclaim. Thrush Holmes creates diverse compositions in several disciplines and under multiple names (THRUSH HOLMES, C. CHANGE), ranging from abstract painting to photographic-based mixed-media compositions, both intimate and tremendous in scale. The scope of his current work is wide, tackling notions of art, myth, introspection, and biography, while maneuvering a wide range of iconography, visual vocabulary, and mediums.

Drake Carr
Originally from Michigan, Drake Carr now lives and works in Brooklyn, NY. Via painting, drawing, and sculpture he creates larger than life person(a)s. What began as a project for a local dive bar has grown into an obsession with making towering dancing figures. Full of color and movement, his work has been described as “gender-bending and inviting...carrying a generational freedom and message of inclusion and happiness.”

Jillian Mayer
Jillian Mayer is an artist and filmmaker living in South Florida. Her work explores how technology affects our identities, lives and experiences. Through videos, online experiences, photography, telephone numbers, performance, sculpture, painting and installation, her projects investigate the tension between physical and digital iterations of identity and existence.
Her video works and performances have been premiered at galleries and museums internationally such as MoMA, MoCA:NoMi, BAM, Bass Museum, the Contemporary Museum of Montreal with the Montreal Biennial (2014) and film festivals such as Sundance, SXSW, and the New York Film Festival. She was recently featured in Art Papers, ArtNews and Art Forum discussing identity, Internet and her artistic practices and influences. In 2010, her video Scenic Jogging was one of the 25 selections for the Guggenheim’s Youtube Play: A Biennial of Creative Video and was exhibited at Solomon R. Guggenheim Museum, New York; Peggy Guggenheim Collection, Venice, Italy; Guggenheim Museum, Bilbao, Spain; and Deutsche Guggenheim, Berlin, Germany.

Katie Stout
Brooklyn based designer Katie Stout (b. 1989) describes her work as "naïve pop," a caricaturization of furniture as it is traditionally understood and of the motifs of suburban domestic life. She utilizes a diverse range of media and often unexpected techniques. Her expansive body of work includes lighting, seating, shelving, mirrors, carpets and curtains.

Ariana Papademetropoulos
Painting scenes from pre-existing photographs that appear as if water has been spilled on them, Ariana Papademetropolous strives to create works of art that function as portals. Her “Watermark” series reproduces lived-in spaces and environments, luring the viewer inward and yet suggesting a separate, inaccessible space through smudging and blurring. To most accurately create a watermark effect and obscure her scenes, she spills liquids onto photographs and recreates them with paint on a larger scale. Her stains expose the hidden colors and underlying organic patterns that make up a picture, resulting in a perpetually alluring, occasionally haunting image that becomes immersive and contemplative. Influenced by artists like Yayoi Kusama and David Hockney, Papademetropolous is drawn to illusions, façades, and the unseen.