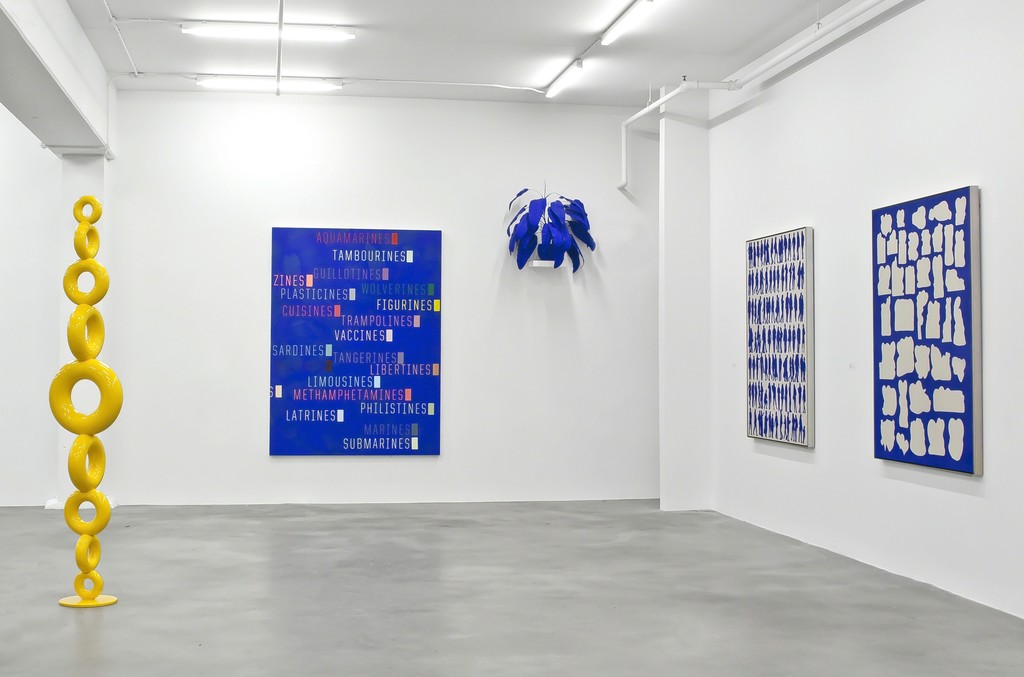 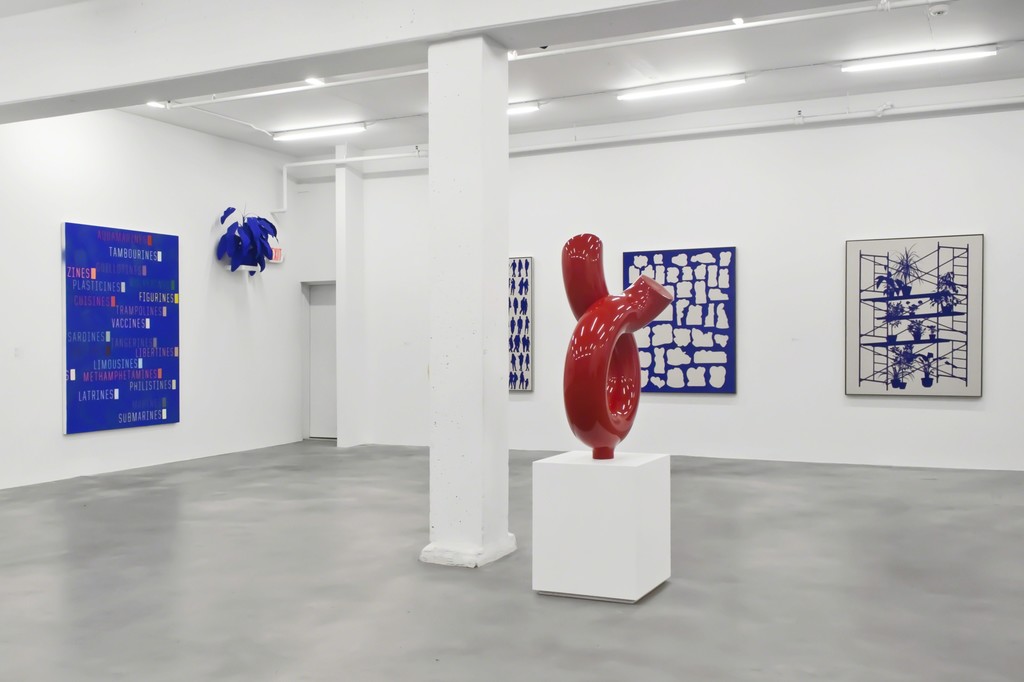 Install shot of the exhibition 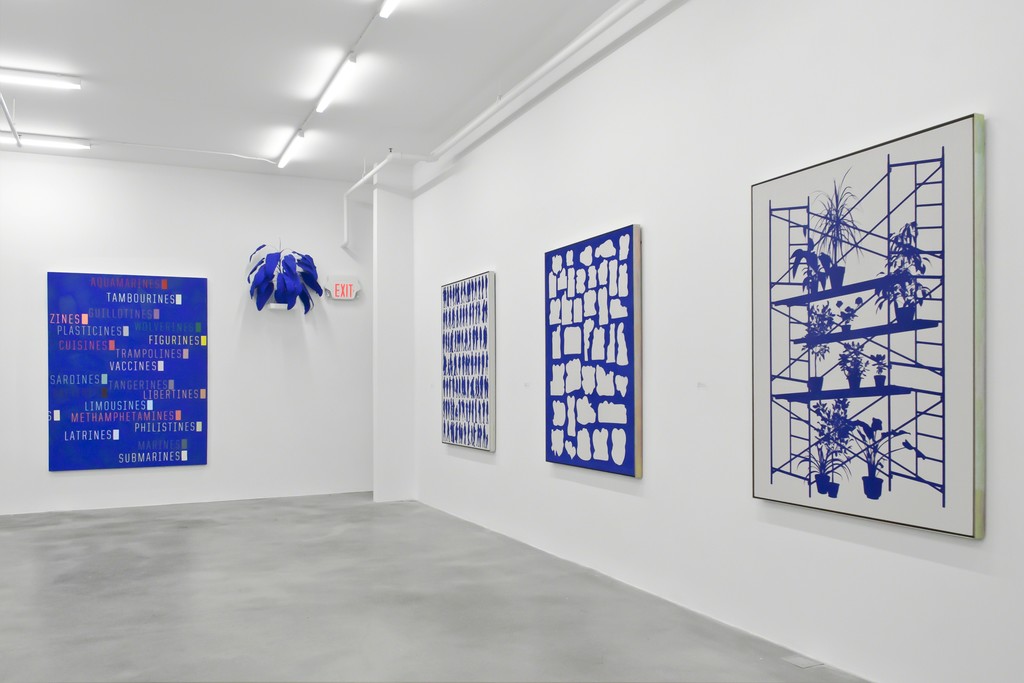 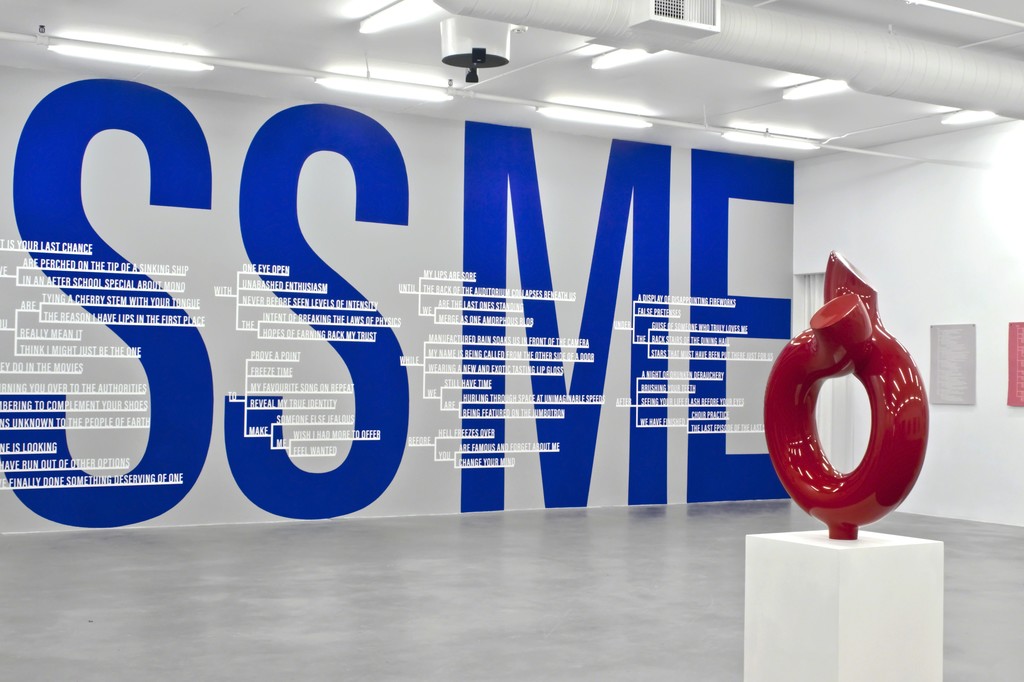 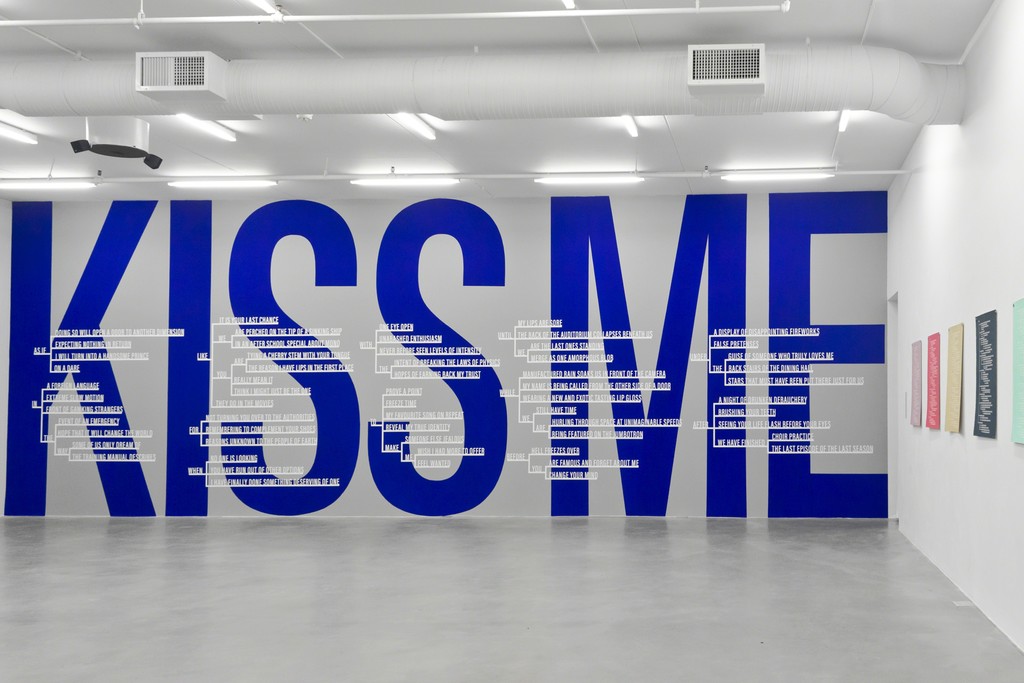 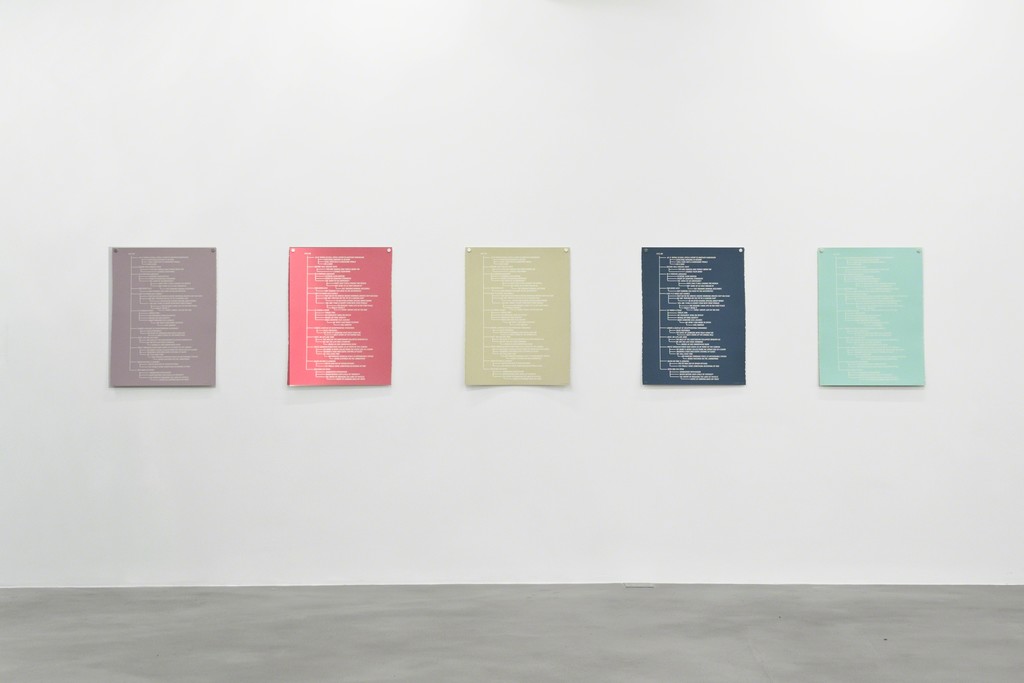 Winsor Gallery will be showcasing the impeccable skills and playful imaginations of Skinner and Caldwell. This exhibition features meticulous simplicity spanning different media - shape and form, text and language, colour and light. The curious and eccentric artworks and sculptures run freely throughout the space encouraging a flow between the works and artists.

While Skinner uses his artist’s vocabulary of letters and words as the building blocks of his work, Caldwell uses squares, spheres, and hemispheres. The vivid dilated hues used by both artists captivate the viewers’ gaze, evoking emotions and fresh perspectives. Skinner and Caldwell's experimental and abstract works never fail to keep the interest of their audience. The works not only stand out in colour and subject matter, but also in the vibrant shapes that are mixed within the body. Viewers are encouraged to be active participants in the production of the works meaning, an act that dynamically connects the works, and thus the exhibition, into a cohesive whole.

About Alex Caldwell
Minimalism meets pop art in Alex Caldwell’s playful, colour-saturated forms. In making these sculptures, found materials are often cast, multiplied, and combined to create bubbling or squiggling shapes. Caldwell determines each sculpture’s colour intuitively, based on how its shape absorbs and reflects light. Caldwell’s impeccably flawless sculpture colours are created through repeated applications of automotive or oilfield paint. Both bulletproof and weatherproof, the paint masks the joins between each sculpture’s individual components, giving complete cohesion to each form. The resulting sculptures are molecular or toy-like, and so densely vibrant that they seem to be not just coated in colour but made of it completely. Whether seeming to levitate against a wall or hover off a plinth, Caldwell’s sculptures become a skillful play on visual surprise and pleasure. Alex Caldwell was born in Whitehorse, Yukon.

About Ben Skinner
Ben Skinner grew up in a small oil town in Southern Ontario. He graduated with a BFA in Interdisciplinary Fine Art from the Nova Scotia College of Art & Design in Halifax in 2000, and with an MFA in Art & Technology from the School of the Art Institute of Chicago in 2003. Ben lives and works in Vancouver, British Columbia. Currently showing with Mayberry Fine Art in Toronto, K.Imperial Fine Art in San Fransisco and Hazan Projects in New York.