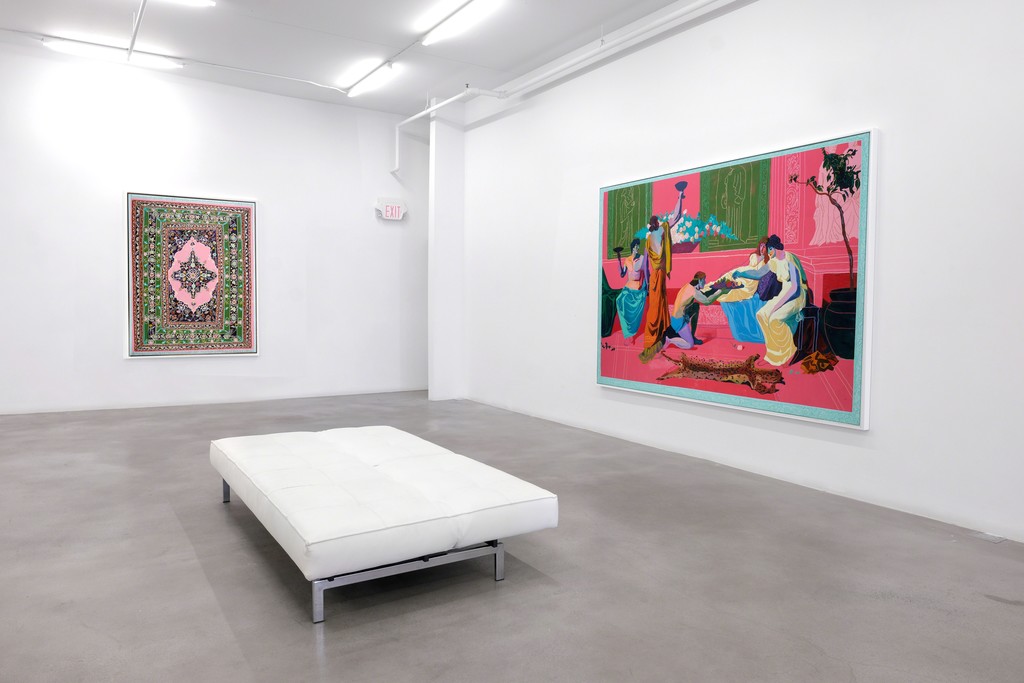 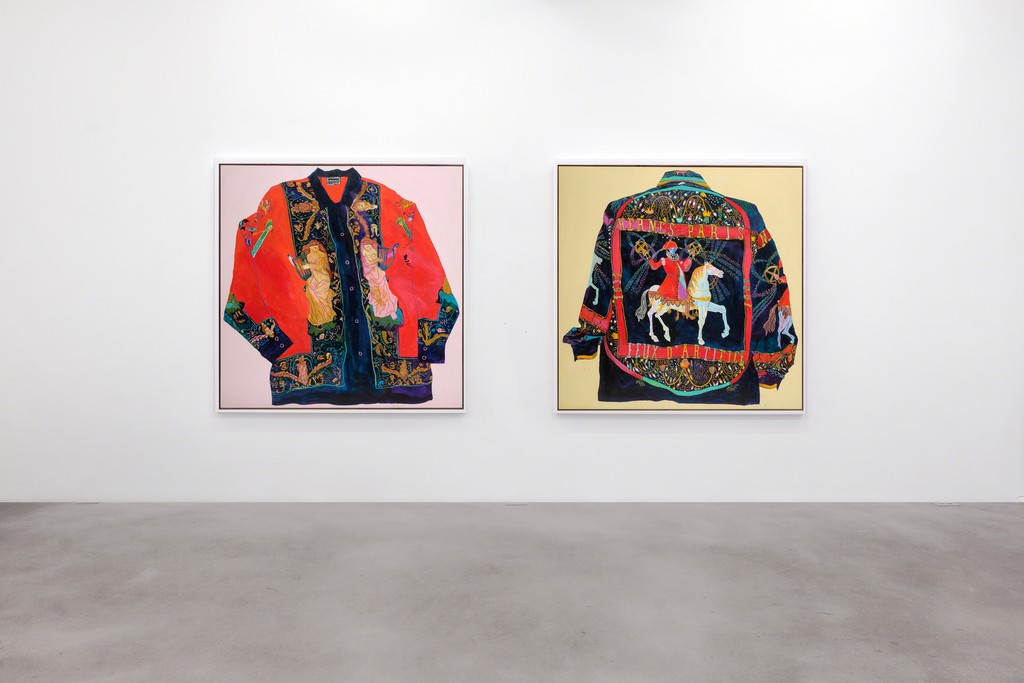 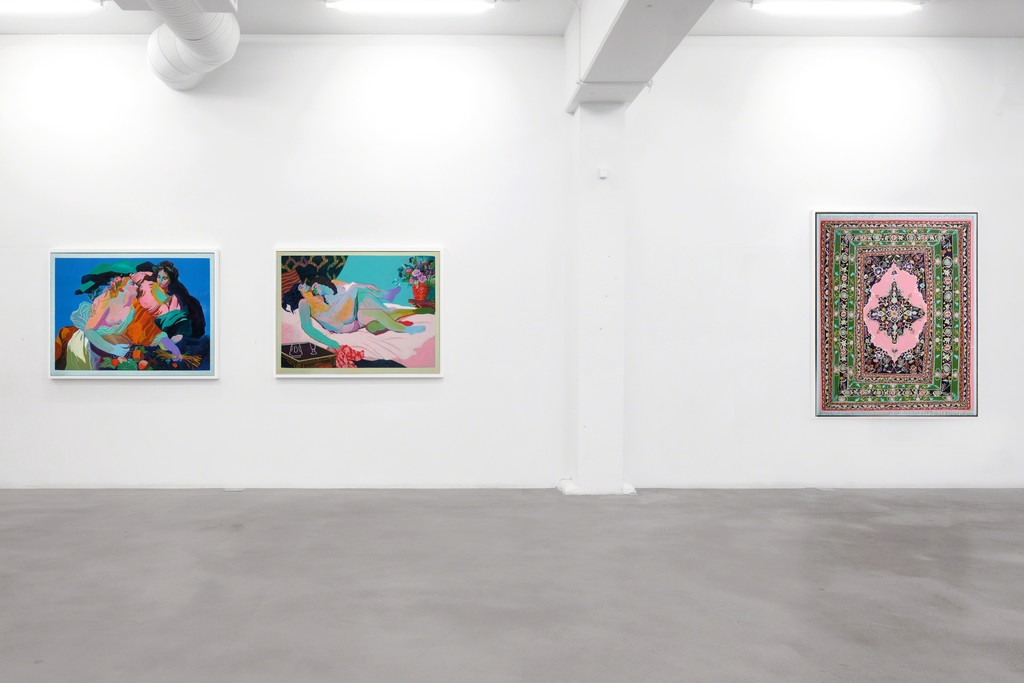 Andy Dixon is hyper-aware of art’s relationship with money. Signifiers of wealth abound in his large acrylic paintings, which take as their subjects stately lords, reclining nudes, ornate ballrooms, bathing beauties, and prominent paintings of the aforementioned motifs. Borrowing content from Renaissance art, Flemish still lifes, and Google Image searches of "most expensive vases", his subject matter is selected on the basis of public expectation of what an expensive painting should look like. By sampling content verified as valuable by the market, Dixon positions his own work to ask, "What is the value of a painting of a valuable object?"

Our value of art is truly a phenomenon that operates on a set of rules distinct from the ones that govern the rest of our world. Paintings which feature the tropes Dixon samples from perhaps at one time had social or political agency but are now simply commodities assigned value by the highest bidder. Paintings of expensive things are themselves expensive things collected by the wealthy to promote the luxury lifestyle. However, Dixon isn't out to mock the affluent. Rather, he is a complicit player in the game; his larger paintings of upper class social scenes tend to feature his own previous paintings hanging on the walls in the background. As Alex Quicho writes in Luxury Object, Luxury Subject, “His postmodern non-interest in either vilifying or reifying luxury cooly transmutes its weirdness.”

Dixon's work is full of juxtapositions. A self-taught painter, he treats his high-brow content in a crude manner, matching a vivid pastel palette with rough line treatment. His practice has recently expanded to include 3D sculptures which mimic the figures in his paintings—absurdly disproportionate, yet still created with an eye toward beauty. In this way, Dixon's own appreciation of his subject matter is evident; and while his work questions the subjective valuation of artwork, it also proves that it doesn't necessarily detract from its beauty.