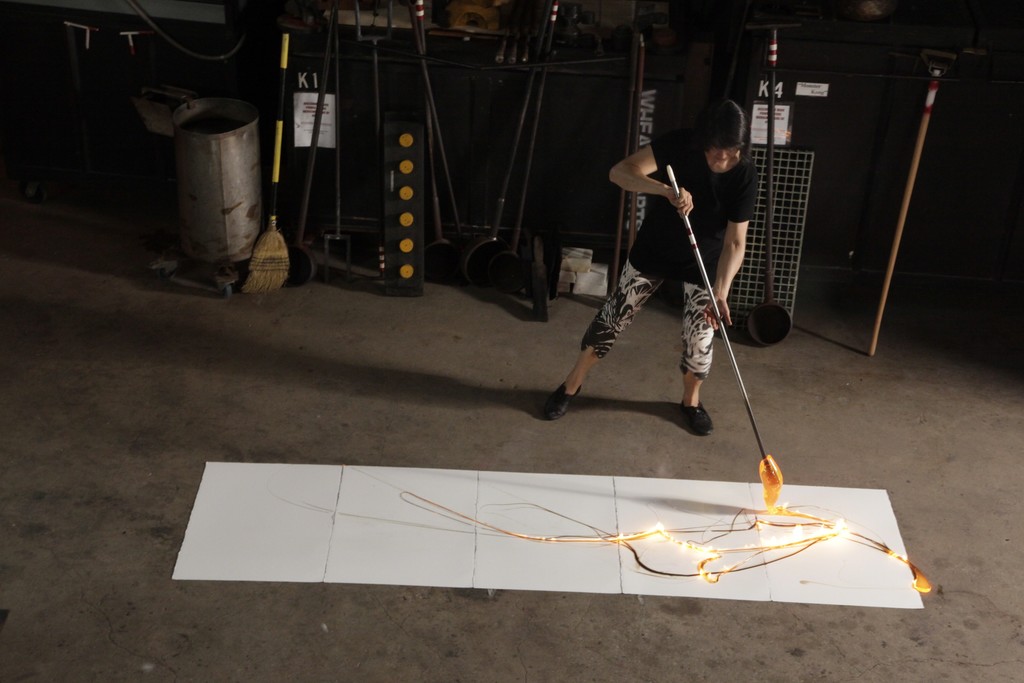 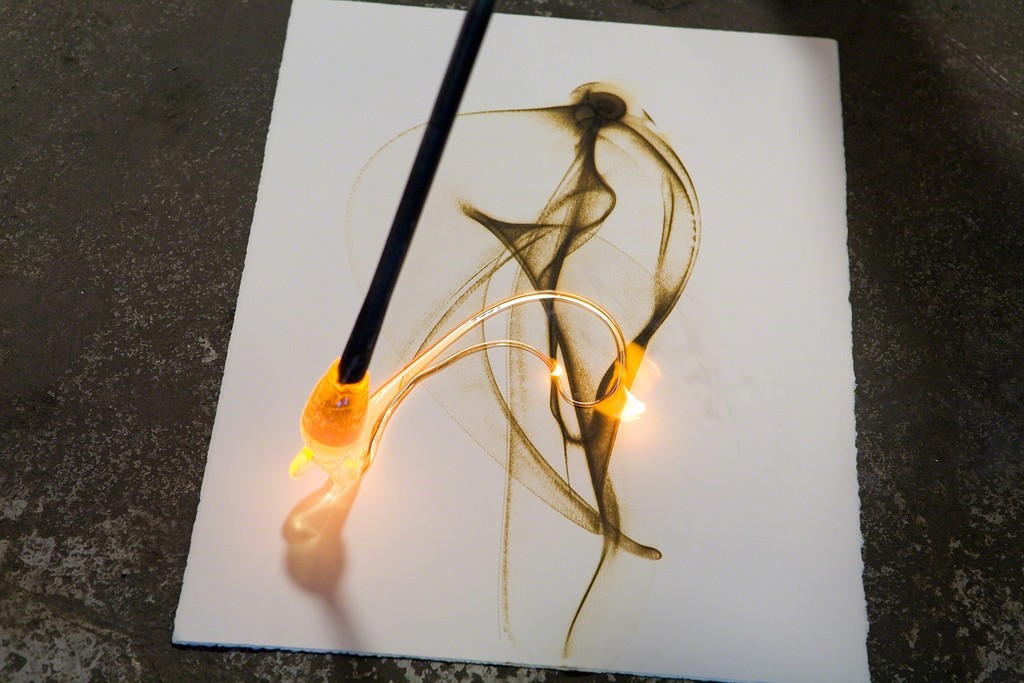 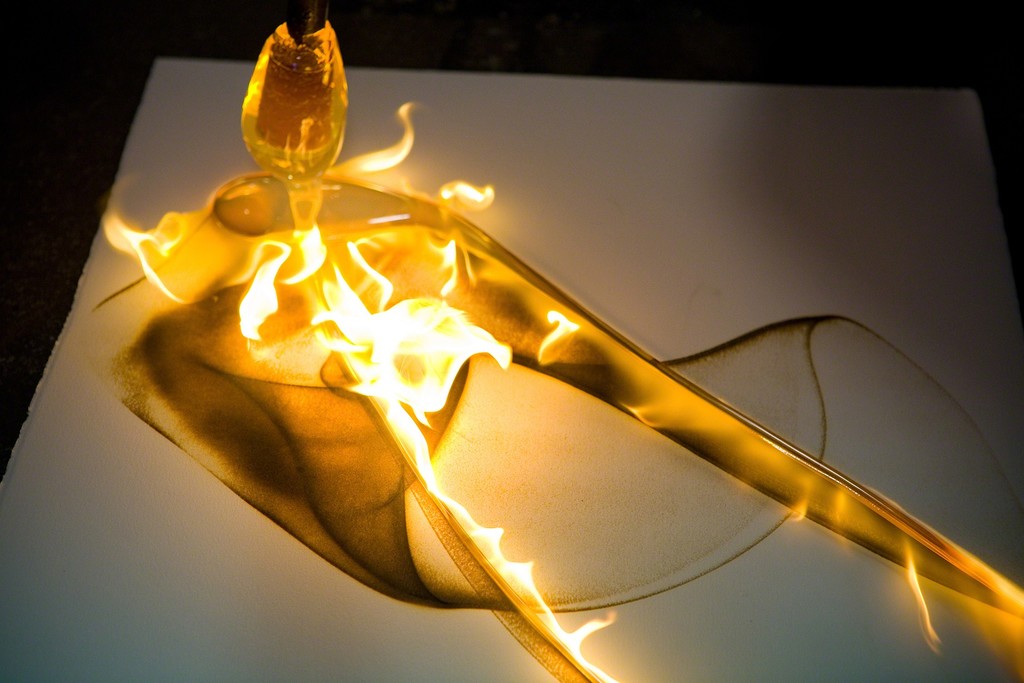 In one series, “Leaving a Legacy,” Ichikawa looks to antique Japanese glassware and the 2011 nuclear disaster at Fukushima. The nuclear meltdown moved Ichikawa to examine humanity’s relationship to the materials we create and leave behind. The disaster in the artist’s native Japan led her to consider radioactive material closer to her home in Washington State. Upon learning that the Hanford nuclear site encases nuclear waste into glass in a process called vitrification, Ichikawa was inspired to create glass sculptures with added uranium. These glass orbs are illuminated to produce a hypnotic glow. The magnetic beauty draws in viewers, provoking us to contemplate the uncomfortably close connection we have to nuclear material.

The colorful swirls in the orbs inspired Ichikawa to introduce watercolors into her evolving series of large-scale “glass pyrographs.” In these works, molten glass is used as a fiery paint, scorching the surface of velvety, cast cotton paper. Ichikawa creates lyrical, flowing abstractions from the encounter of these contradictory elements of fire and paper, which she complements with watercolors.

Water joins all of Ichikawa’s work, and the nature of water is explored further in the short film, “Vitrified.” In this poetic film, a character encounters a radioactive glass orb in the forest and carries it to the ocean. A voiceover muses on the connective, destructive and eternal natures of water, which enables life and links everything in the world. The film, sculptures, and pyrographs complement each other, and each encourages a closer and more nuanced look at the others. Vitrified encourages viewers to accept and embrace the ironies, contradictions, and interconnectedness of all elements in life.

Etsuko Ichikawa is a Tokyo-born, Seattle-based, multimedia artist whose working media varies broadly, from socially engaged art, performance, and film, to installation, sculpture, and drawing. Ichikawa’s work has been exhibited internationally, including the Museum of Fine Arts Boston, the Seattle Art Museum, the 21st Century Museum of Contemporary Art in Kanazawa, and the Ueno Royal Museum in Tokyo.