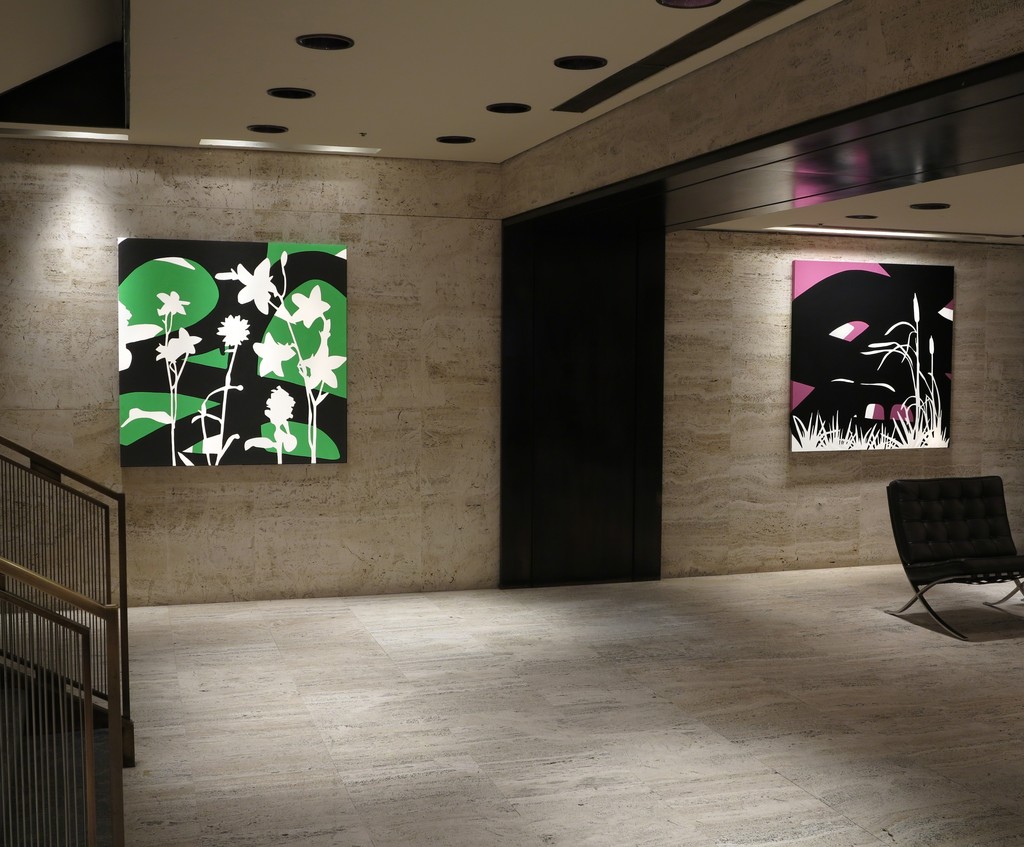 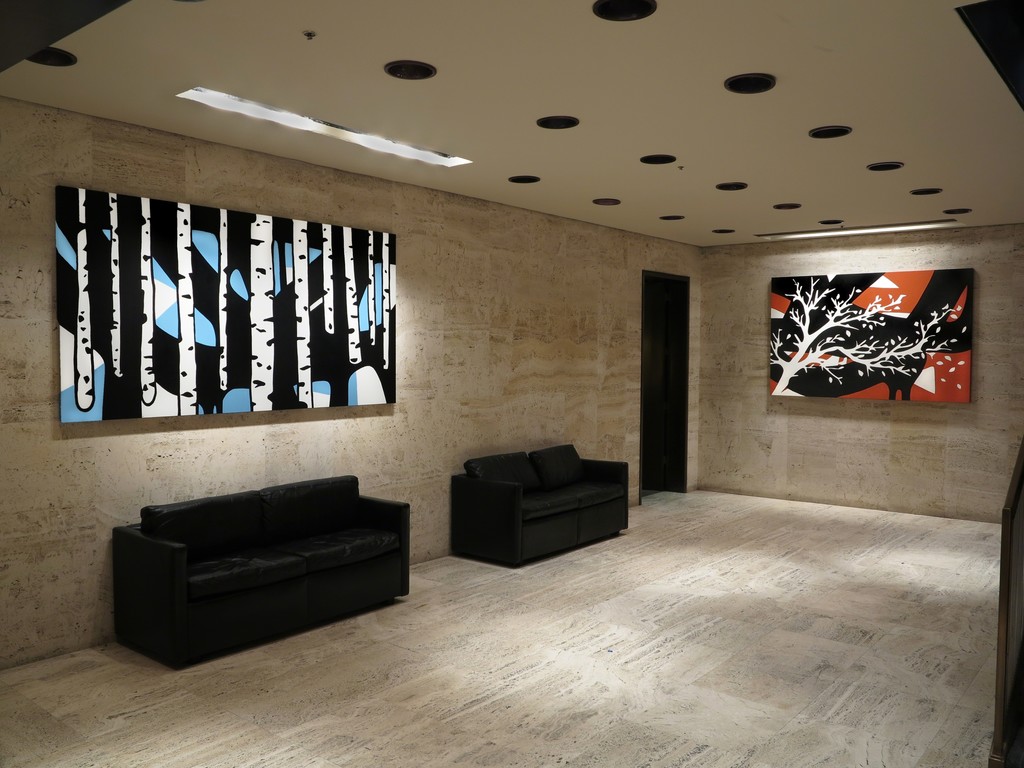 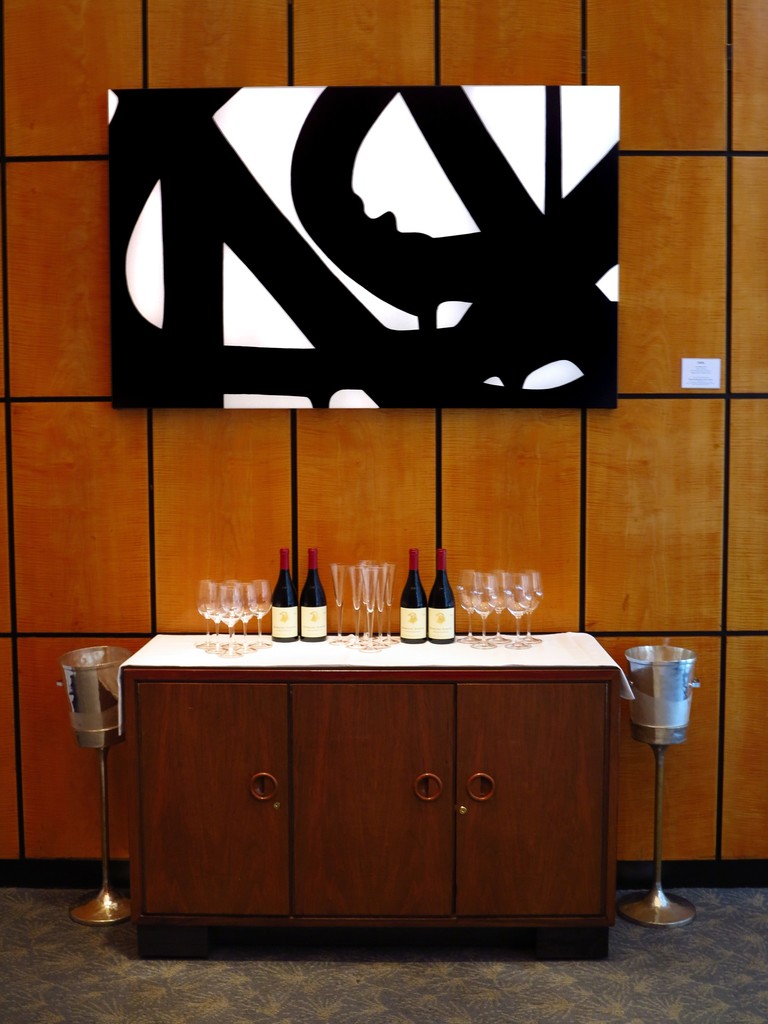 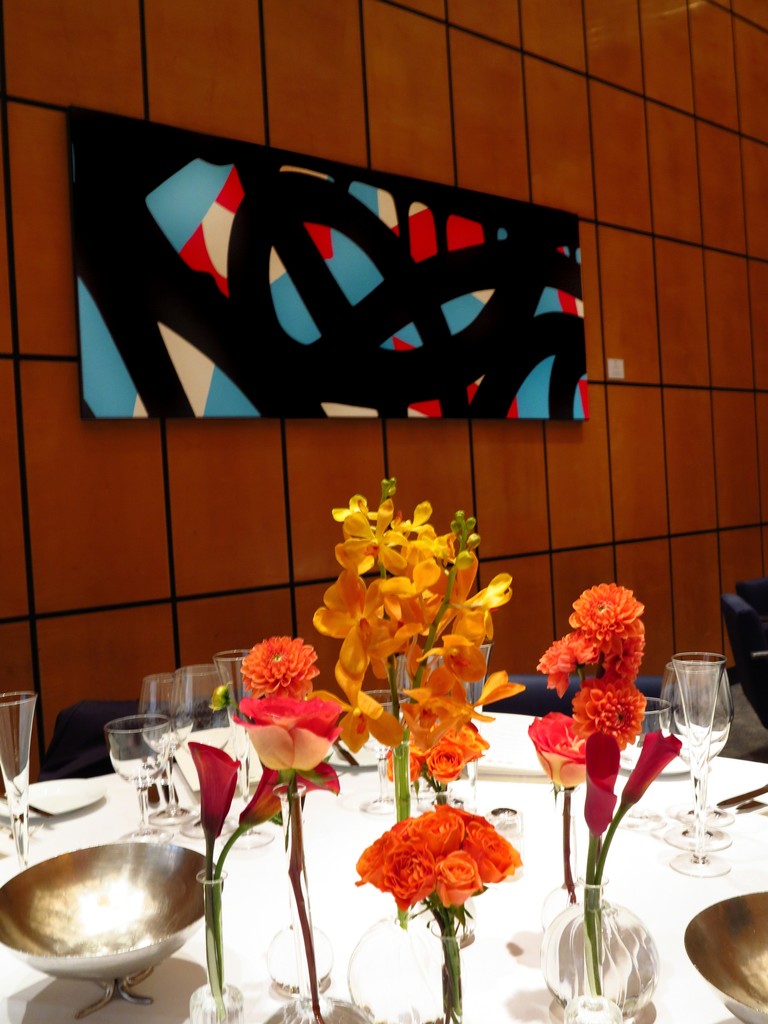 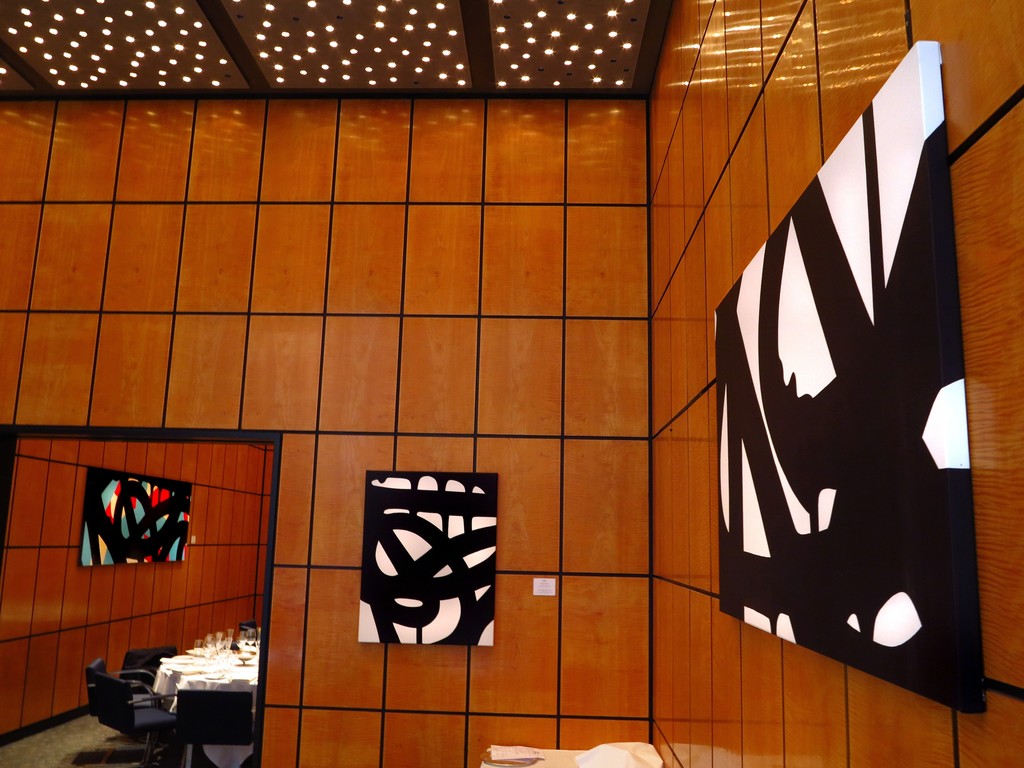 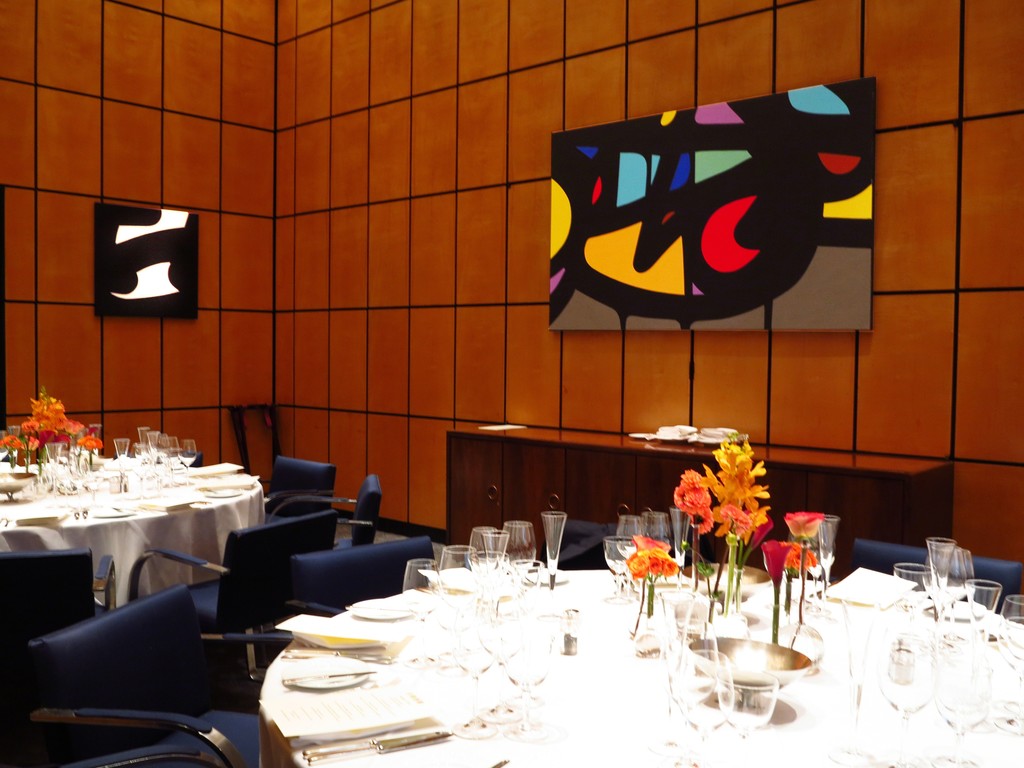 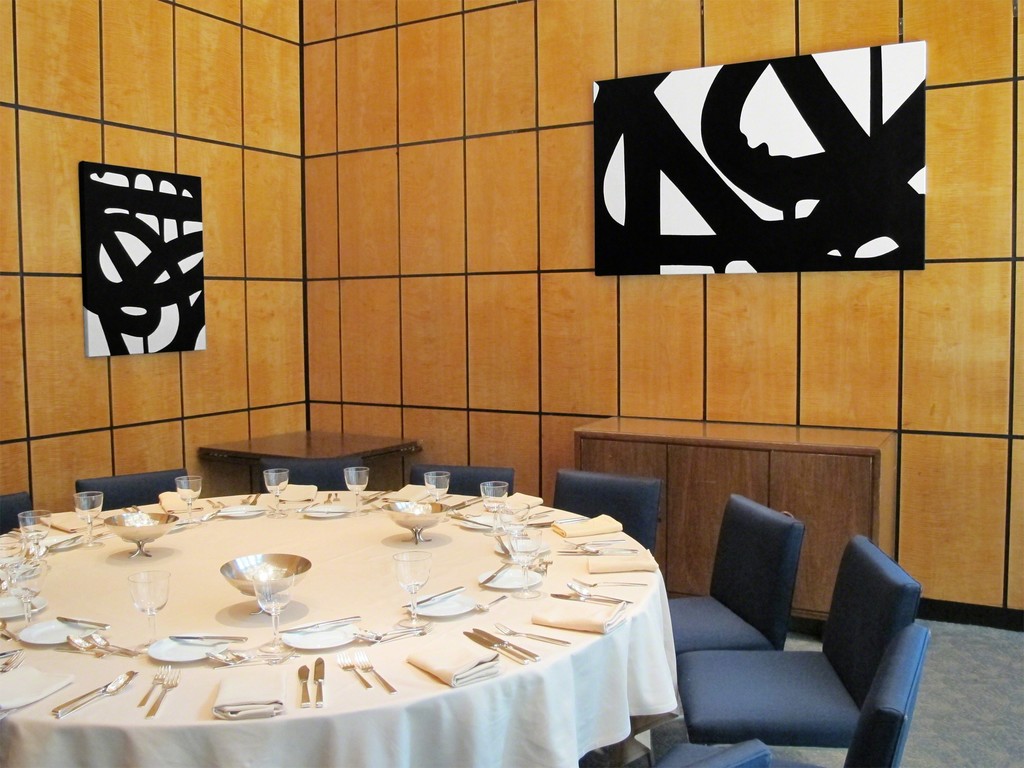 Woodward Gallery opens their 20th Anniversary Fall Season with Artist James Rizzi, better known as JMR. This new body of work has roots in Abstract Expressionism, yet favors a Neo Contemporary flare. JMR has catapulted his vision with this acrylic painting series of bold curves and lines punched with bright color. JMR will be simultaneously featured in the private dining rooms of the historic Four Seasons Restaurant (at 99 East 52nd Street, NYC.)

Well travelled with his art as both a Street Artist and Fine Art painter, JMR’s imagery has become iconic in his native New York City and his home in Dallas. After a building-sized mural at the Pod Hotel in Manhattan, and major commissioned projects around Brooklyn, San Francisco, Los Angeles, Chicago and Hong Kong, JMR now raises his brush with the determined statement on motion, scale -and sheer power.

A great symphony of shapes pulsating into one another, JMR’s paintings are at once, serious and sensual, energetic and fearless. His strong black lines caress blank space or beckon to color. These are the mature works of a painter in his prime.