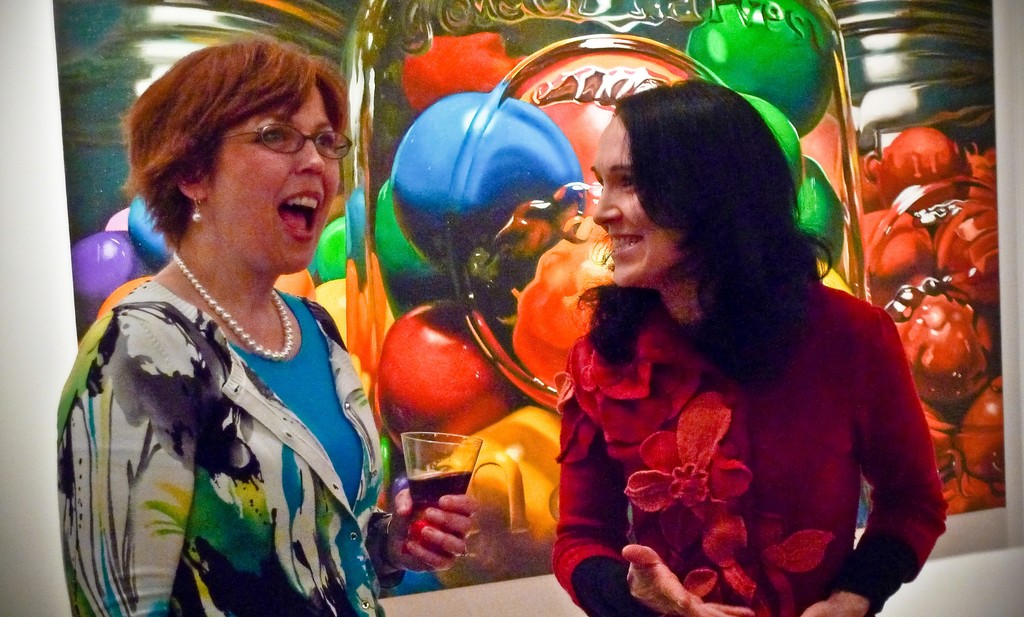 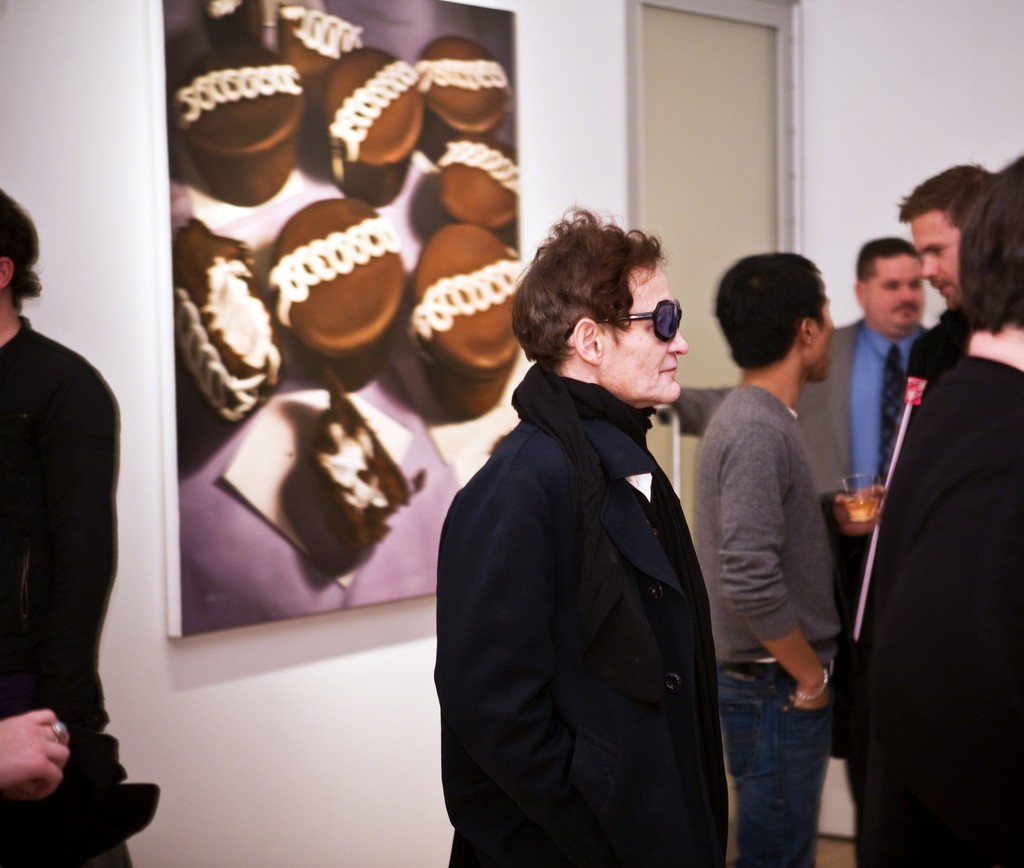 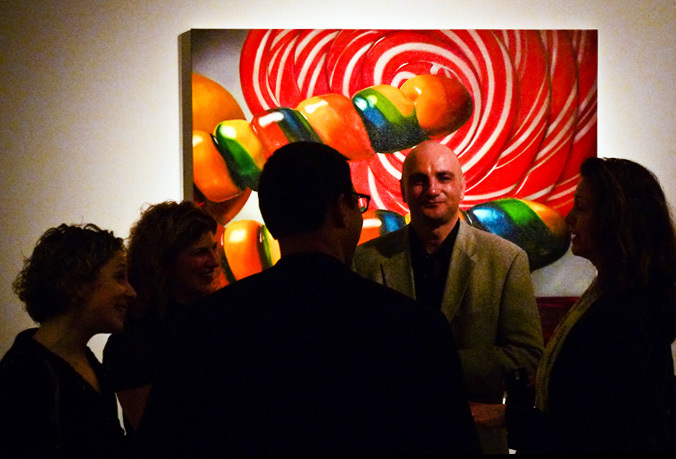 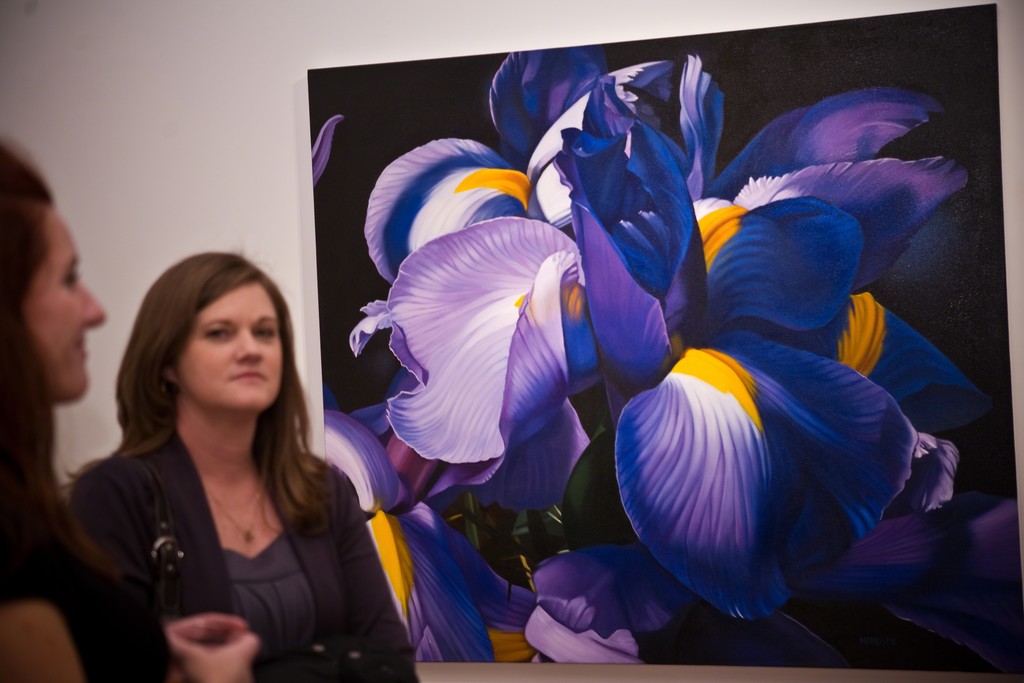 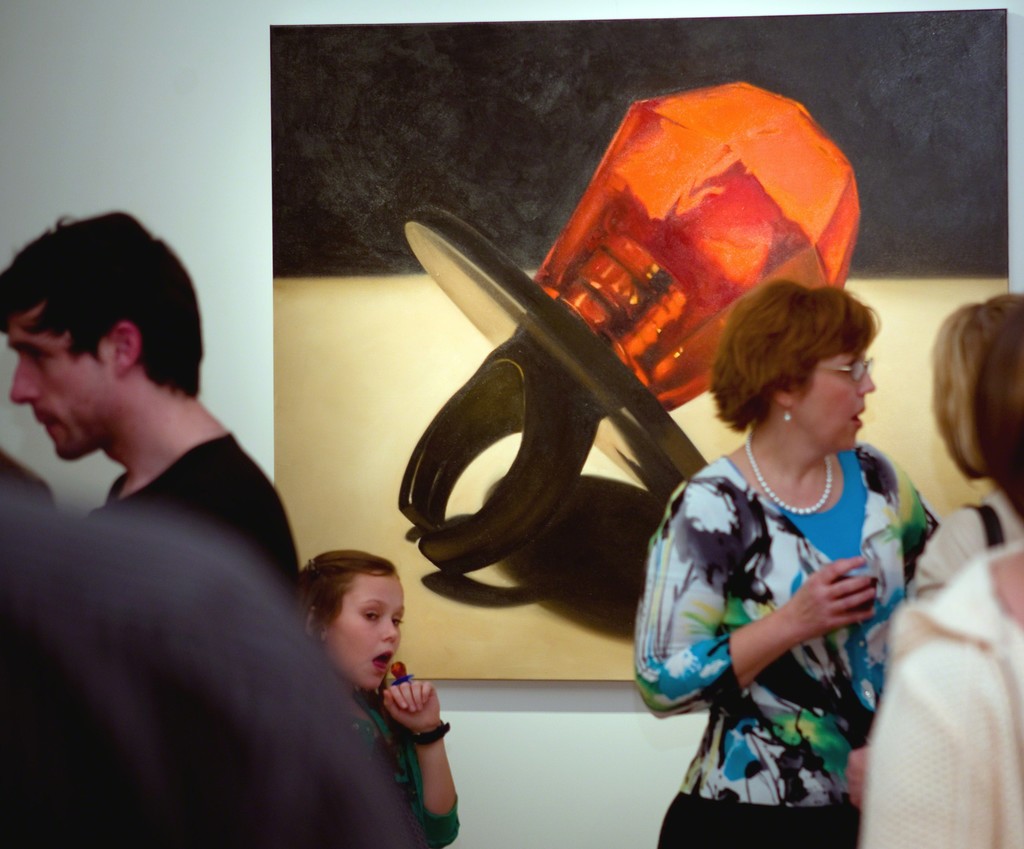 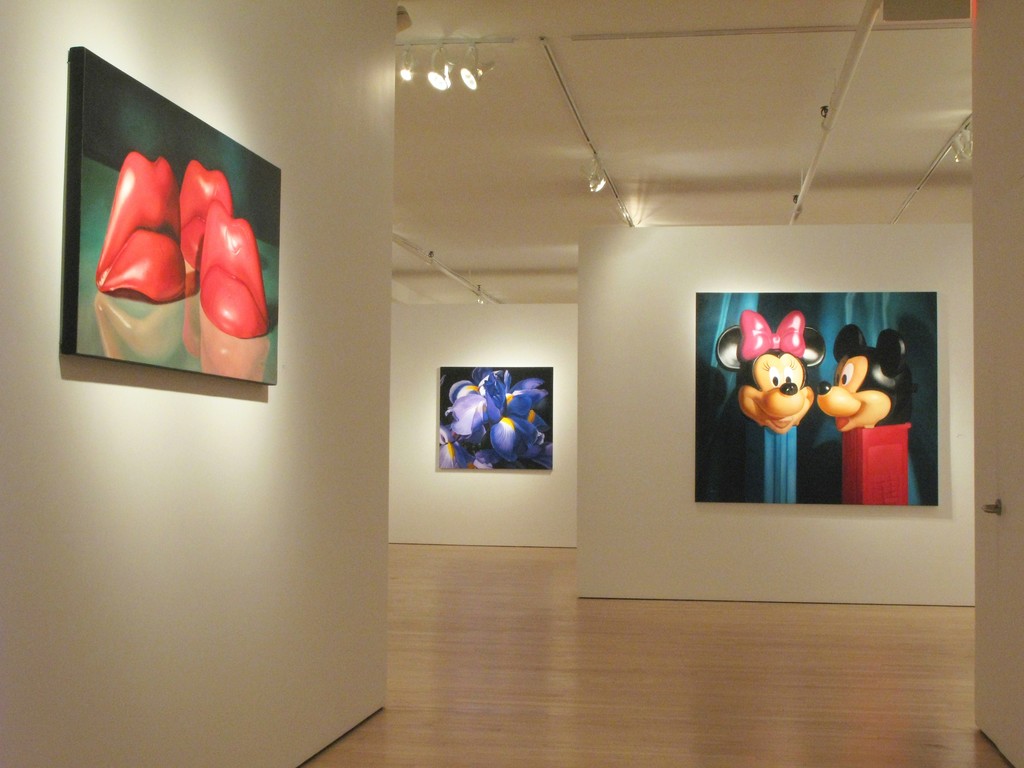 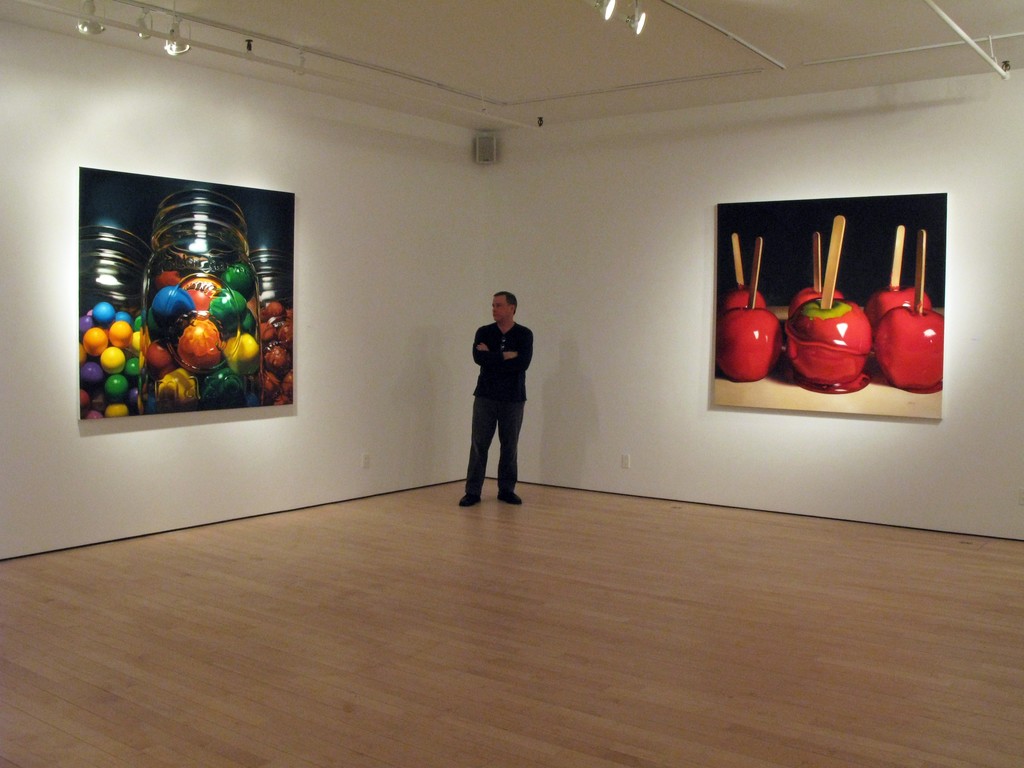 Like high fructose versions of Proust’s madeleines, Margaret Morrison’s sweet treats send our mind skipping back in time – specifically, back to childhood. When we were small, the kind of sugary goodies she paints loomed large, were prized and frequently forbidden; for after all, the injunction to “eat your vegetables,” did not include candy corn, except of course on that one anarchic day each year when children rule: Halloween. More often than not, Morrison’s imagery doesn’t evoke last Halloween, but rather trick-or-treating long ago. Some of the confections that she paints are hardy perennials: Hostess cream-filled cupcakes and cellophane-wrapped Christmas peppermints. Others, like the crimson trio depicted in Wax Lips, lounged in the limelight decades ago, before the noun “collagen” entered the popular lexicon. Now they’re artifacts from a bygone era.

There is something both sweet and scary about the artist’s two-foot square Gummy Worms. Their overgrown size, and the fact that their ridged, serpentine forms overfill the frame, makes these chewy, tubular creatures look like extras out of Dune. One of them arches across the immediate foreground. Its head inclines downwards, as if to ponder the luminous, lime-colored shadow that pools beneath it. The inquisitive critter, which resembles Narcissus transfixed by his own reflection, would look equally at home in a candy store, a Pixar flick, or curled alongside one of Odilon Redon’s gentle, tremulous monsters.

Morrison’s jewel-like color — emerald, ruby, topaz – suggests that her motif is rare and precious. Witness her two gargantuan Ring Pops, and a quartet of gummy bears that resemble glowing, pre-Columbian statues. The thrust and swirls in Lollipops, reveals that still lifes may be far from still, but very much alive.

Candy is dandy, but flowers have powers. Morrison’s lovingly painted, solitary rubrum lily measures four and a half feet from petal to petal. Writ this large, we find ourselves “in the beauty of the lily,” to borrow a haunting phrase from The Battle Hymn of the Republic. Here we behold the blossoming world from the viewpoint of a bee diving though pale, silken petals into a realm of graceful green stamens and ovoid anthers dusted with dark red pollen. Life is sweet! Life is rich!