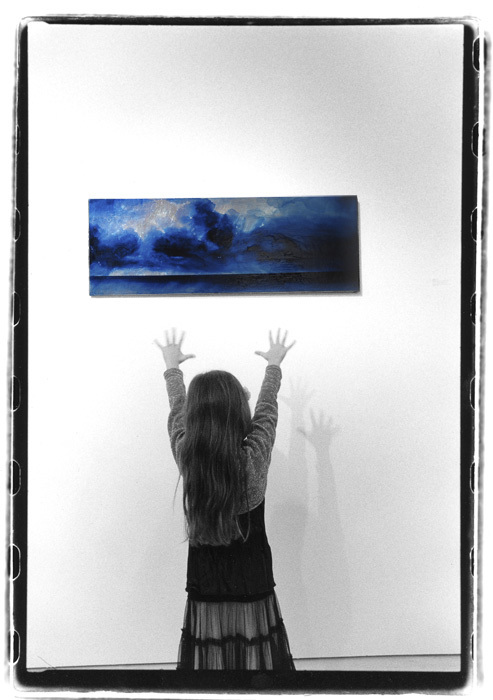 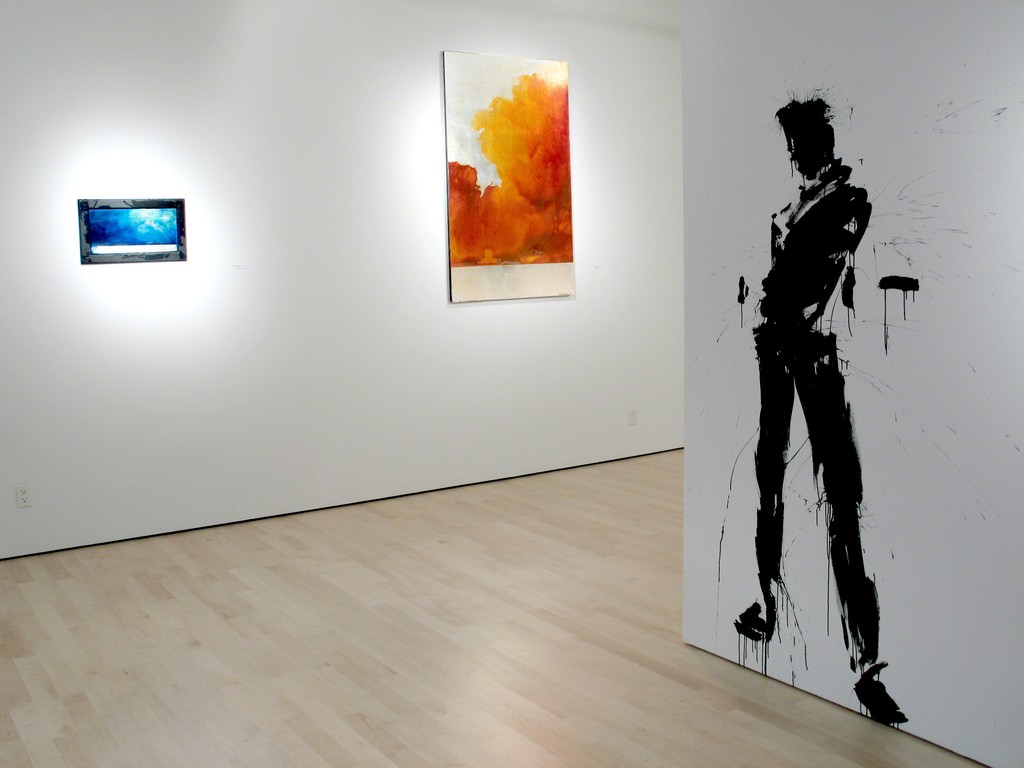 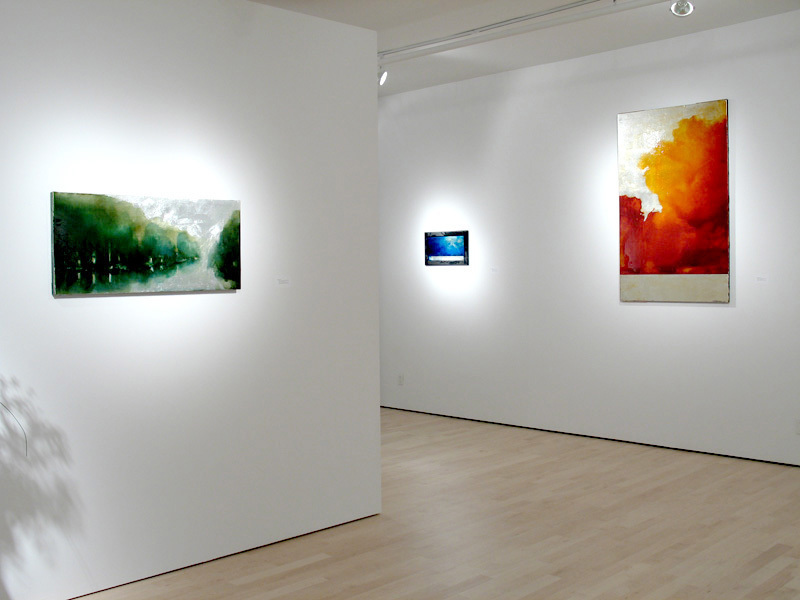 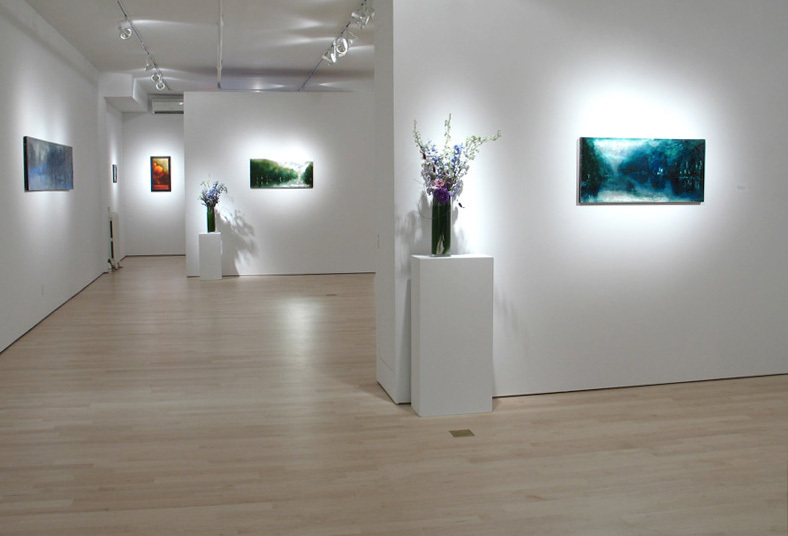 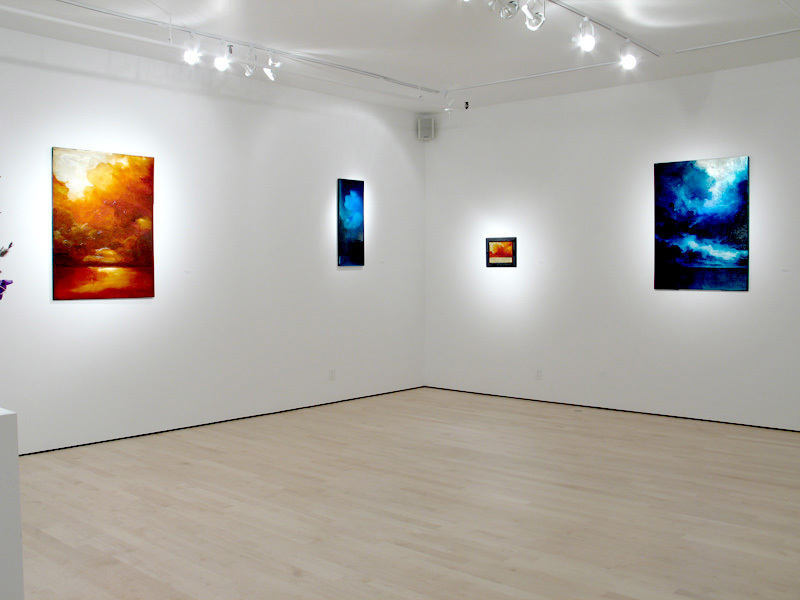 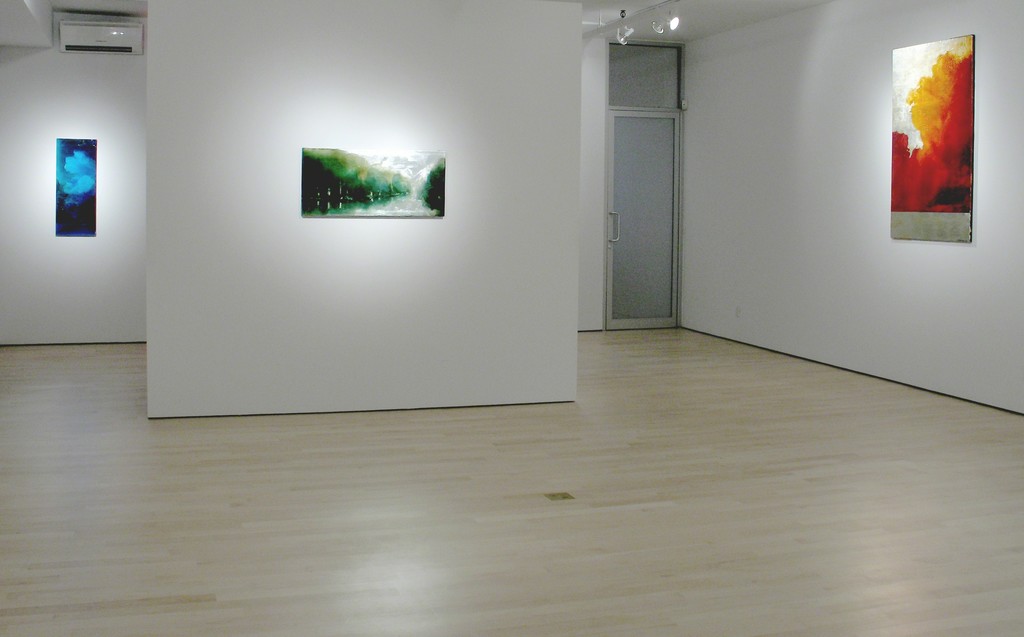 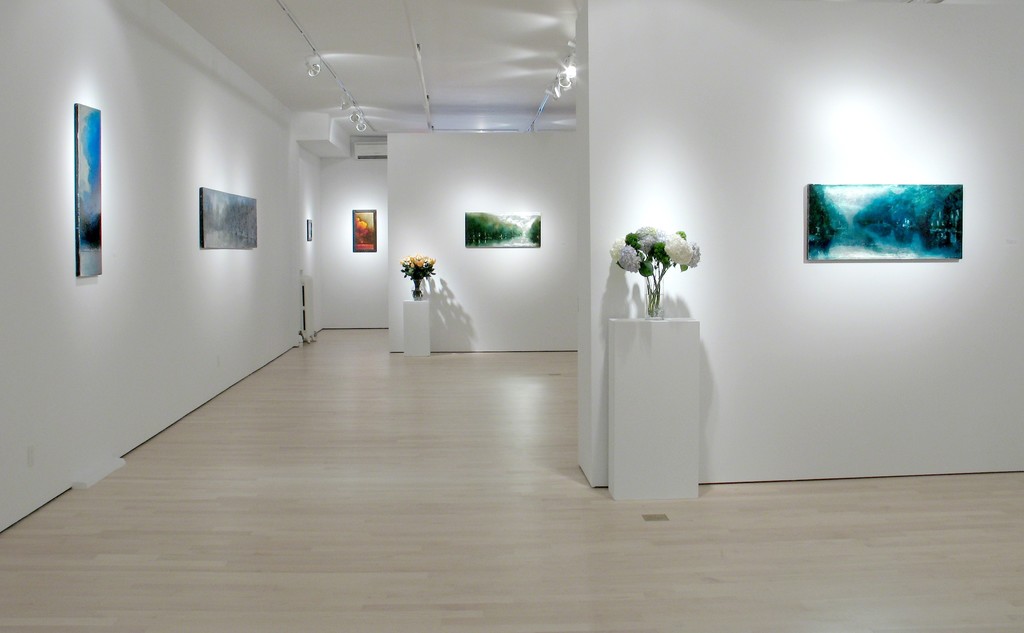 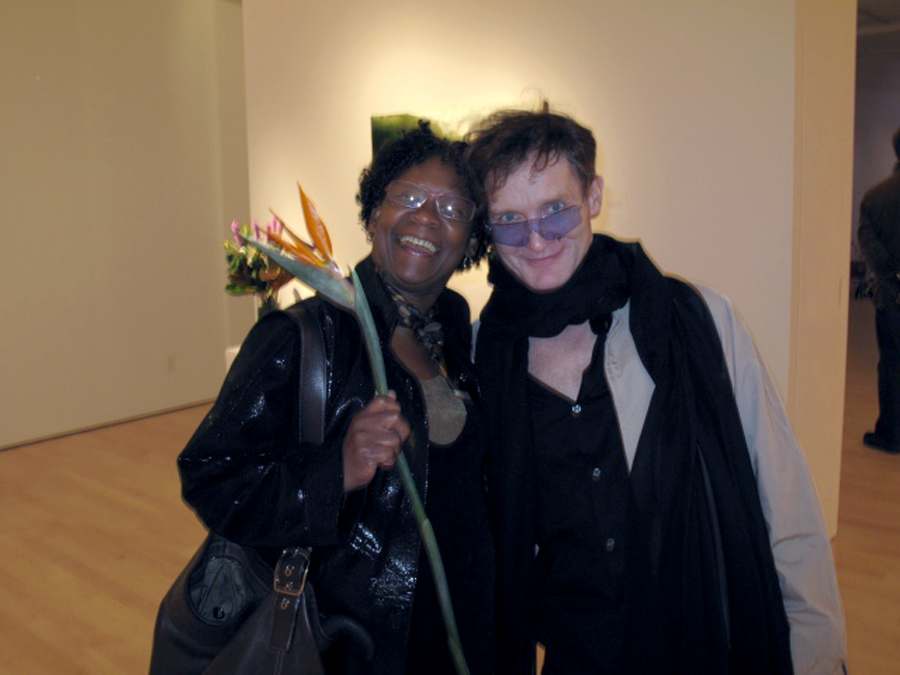 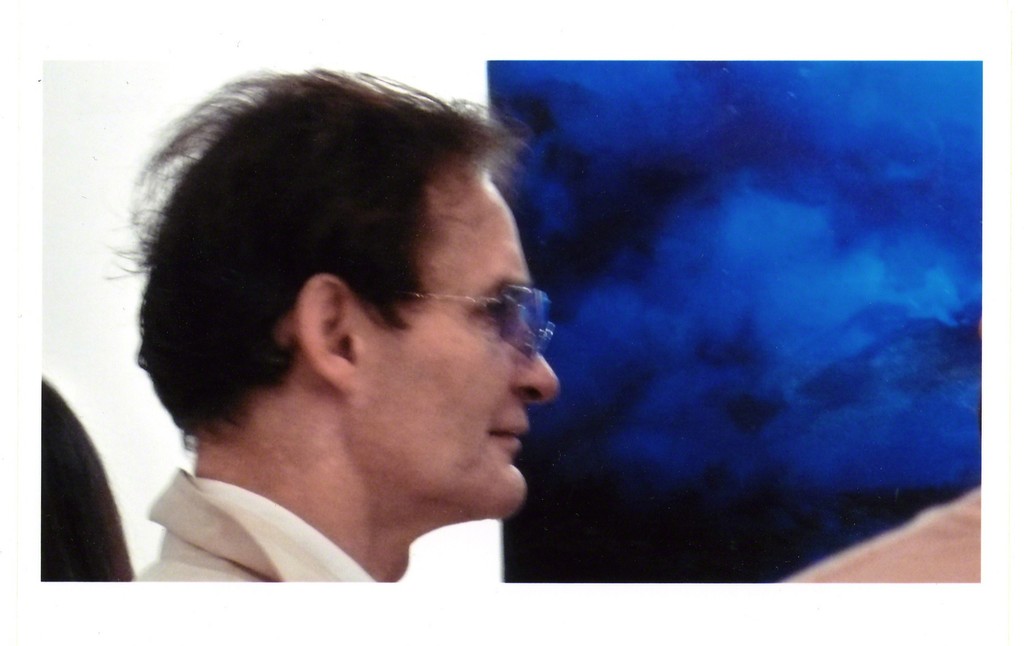 Woodward Gallery is proud to open the Fall art season with “The Beautiful Paintings” by Richard Hambleton.

The beautiful paintings on exhibition at Woodward Gallery are Richard Hambleton’s most profound achievement to date. These gold or silver leaf paintings on metal, mirrors and canvas are drenched with tinted varnish offering a potent combination of absorbing beauty and arousing illusion.

Hambleton is the only surviving member of that special historic coterie of the 80’s including his close friends Jean-Michel Basquiat, Keith Haring and Andy Warhol.

Hambleton is a conceptual artist and develops projects that are really only completed once people react to them. Hambleton has exhibited throughout Europe and has a cult-like following in Italy and Japan.

He has done a variety of public art going back to the early ‘70’s. From 1976-1979, he painted 620 murder victims with outlines around bodies in staged scenes often in areas of major cities around the globe designated as “low crime”. Headlines quickly proclaimed the effective realism of these tableaux and their effects on increasing urban paranoia. In 1982, Hambleton painted standing, threatening strange Shadow Man© figures with black paint on the landscape of the darkest corners of city streets. Eventually he transferred these images onto paper and canvas always stirring deep public emotion. By the mid- ‘80’s Hambleton was entering a series of paintings of implied landscapes…

Richard Hambleton has received the level of press coverage throughout his career to document a super star. In May 1985, he was the centerfold for Life Magazine. The feature emphasized his instinctive ability to break old rules and pave a whole new direction in art with his seascape paintings. By the late ‘80’s, he was featured in People Magazine with a three page spread for his street work. Articles flowed from around the world discussing the depth of his work. He was included in the Venice Biennale in 1984 and again in 1988. Hambleton was regularly photographed around New York at art events with Warhol. In 1989, Hambleton’s Shadow Man© figures were featured on The Berlin Wall in Germany- an artistic journey which took him further than his contemporaries.

He has never considered himself a graffiti artist, but instead a conceptual artist who does public works. It would follow for Hambleton, as the continuous evolution of his street and studio work, to create more philosophical gestures with paint. Over these last twenty years, Hambleton has been more private. This urban legend who has had many successful intermittent street projects, has confronted a more constant mission in the studio. His new critical aesthetic series appear to be landscapes in vivid reds or dark greens; however, they are not at all about the scapes, but the experience and the emotion they evoke. “The Beautiful Paintings are not seascapes, rainscapes, or landscapes – they are Escapes.” (Richard Hambleton, 2007)

Now more than ever, Hambleton successfully engulfs the viewer’s unwitting psyche with his conceptual force. Like the phoenix of myth, Richard Hambleton reappears in this rare, NYC solo exhibition.