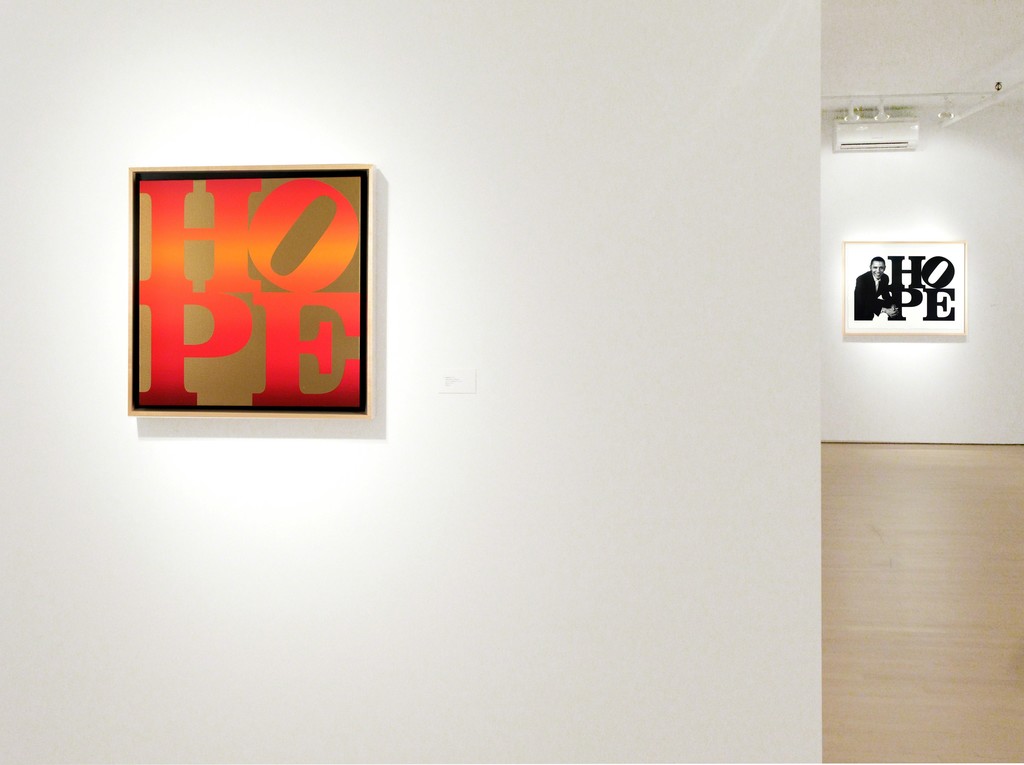 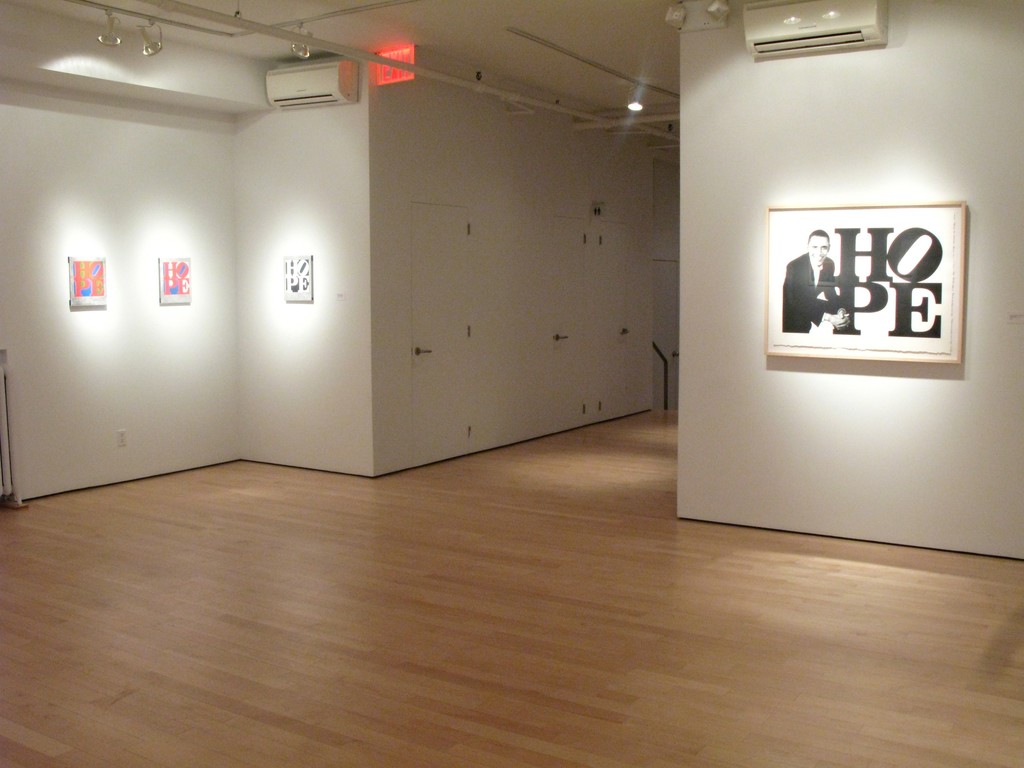 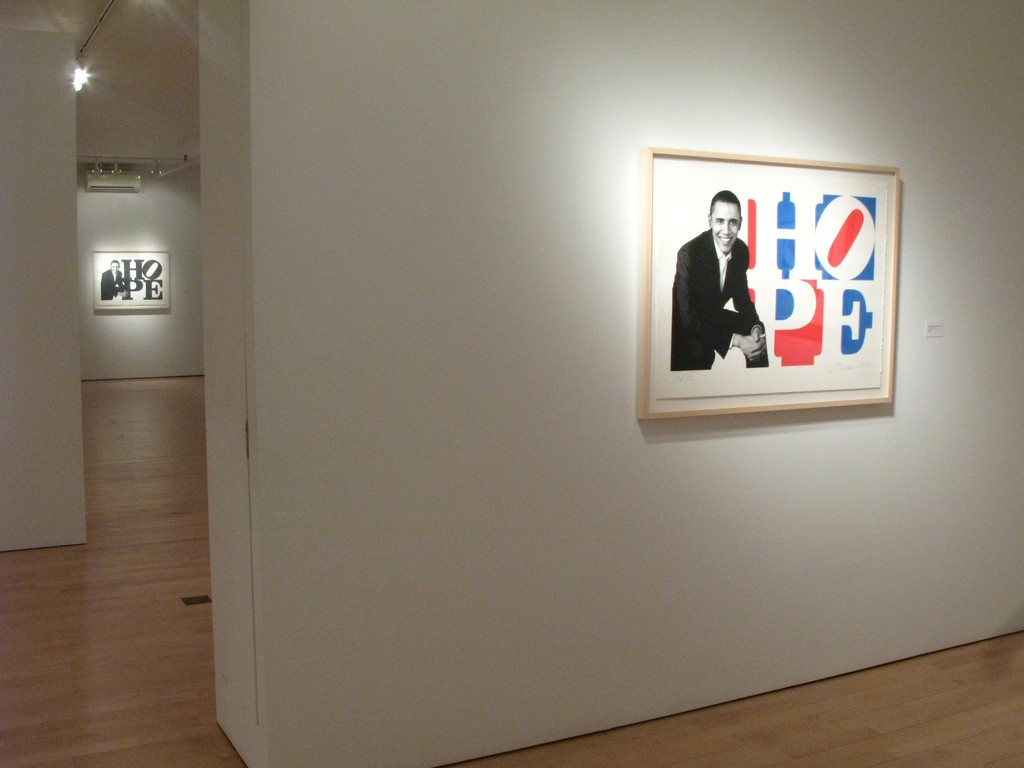 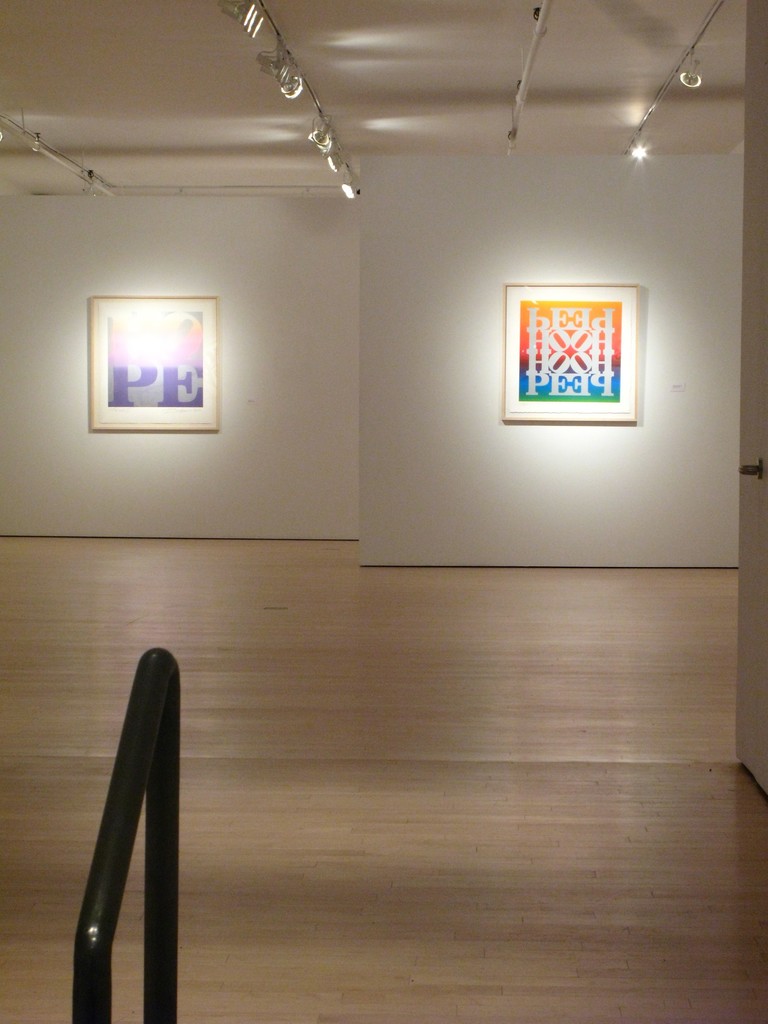 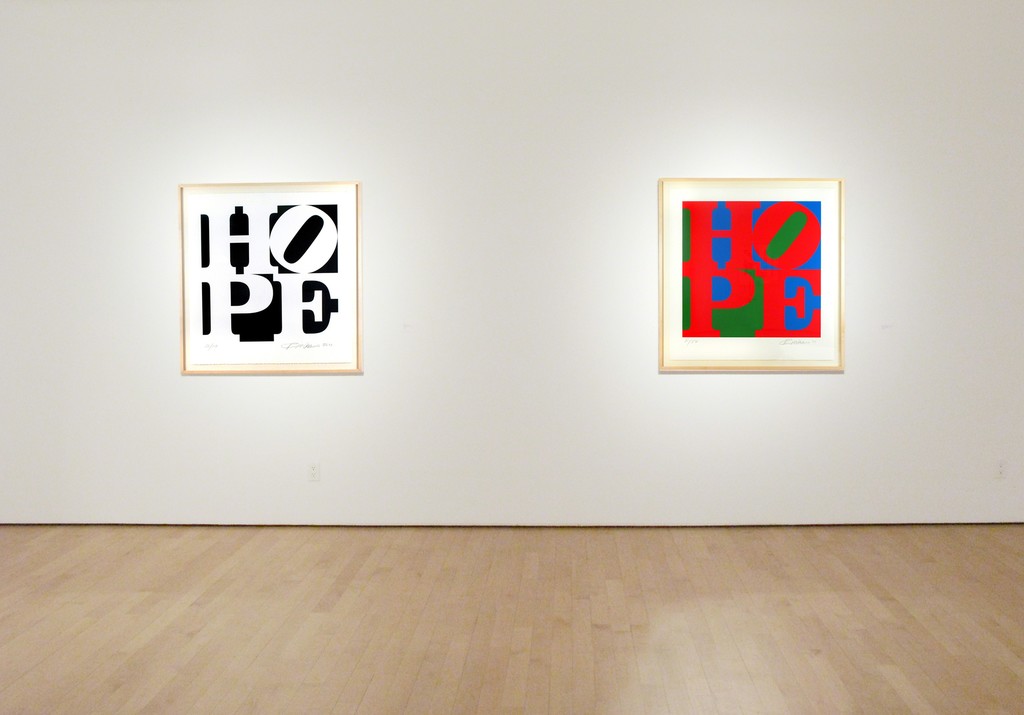 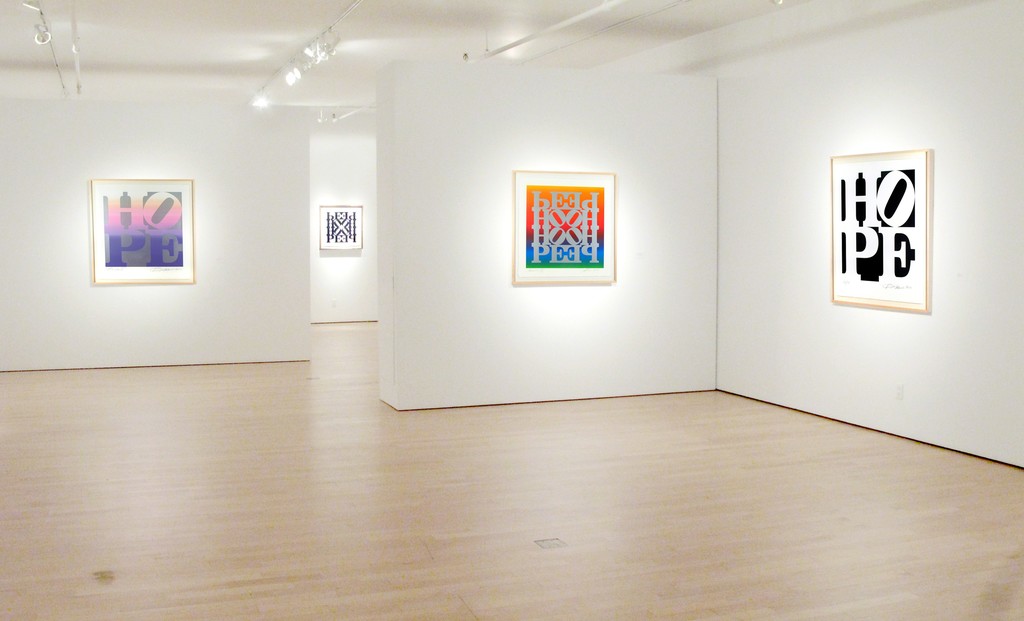 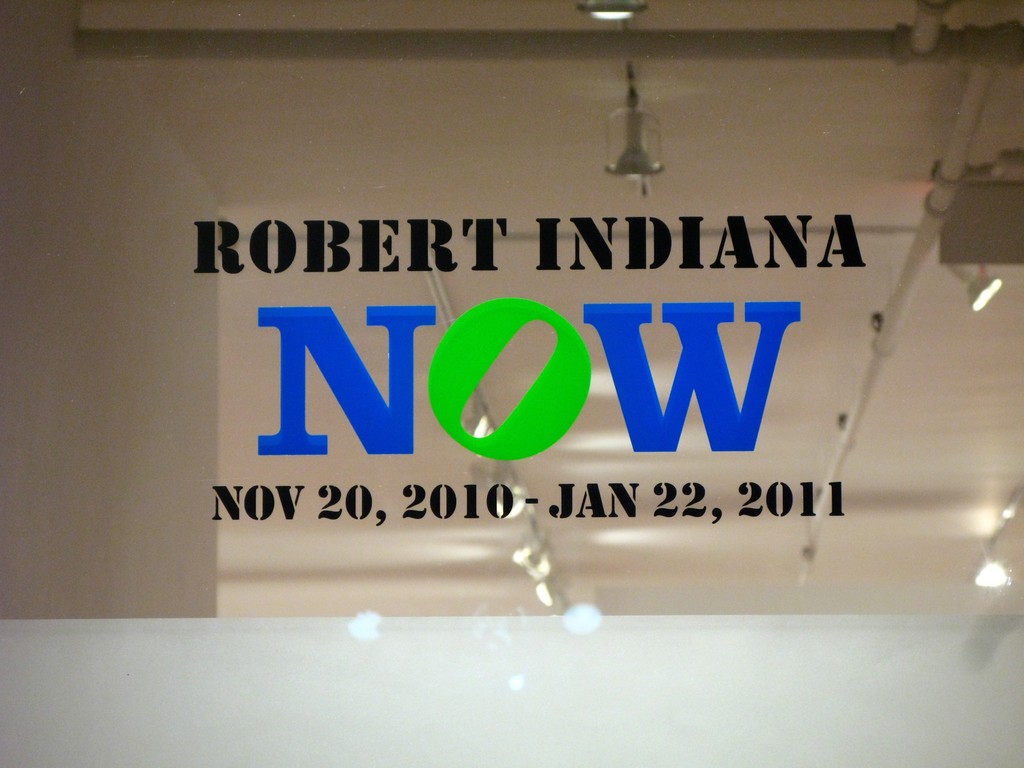 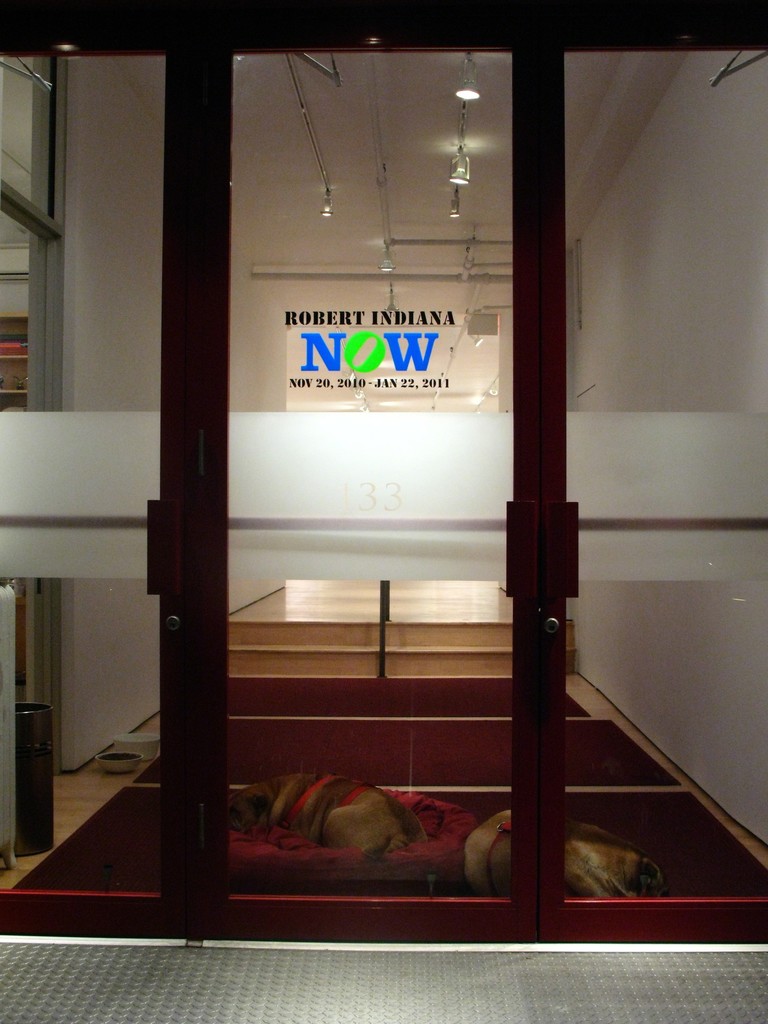 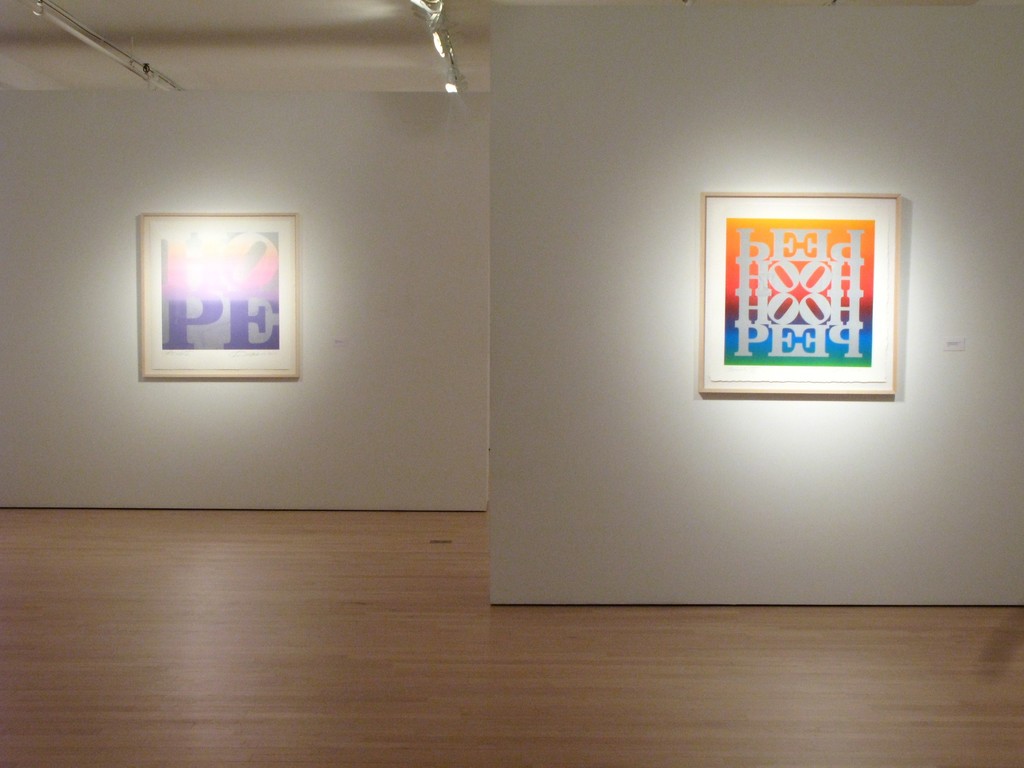 Perhaps Indiana’s greatest contribution to Pop Art was giving it the hard edge, a style later adopted by Warhol, Lichtenstein, Oldenberg, and others, and for which Pop became recognized and known. Indiana’s work speaks to the vital forces that have shaped our culture – the American Dream of the 20th century and HOPE for the 21st century. Robert Indiana has infused art history with images that chronicle his personal as well as the national identity, political and social upheaval, the rise of consumer culture, and the use of art as historical chronicler.

Robert Indiana remains immersed in the color, scale and mediums which have long powered his iconic work. While LOVE ignited the ‘60s, Indiana has conceived the political message of our time: HOPE. The interfused, dynamic realignment of Indiana’s graphics – particularly his tilted “O” – form a kinetic energy that is both timeless and timely, relevant with a fresh spirit that is eternally young. Indiana’s recent experiments with blended rainbow colors are reinventing his classic Pop iconography while working through the emotional connection between color, graphic art and painting. With his reworking in paint, he has fulfilled what most artists desire to achieve, but so often fail to produce. Indiana has reinvented his iconic style and by consequence, himself as well.

Robert Indiana’s message has been an important, poetic language spanning his long career. Indiana’s HOPE, already in private and public collections throughout the world, has become the new global icon for generations now and in the future.