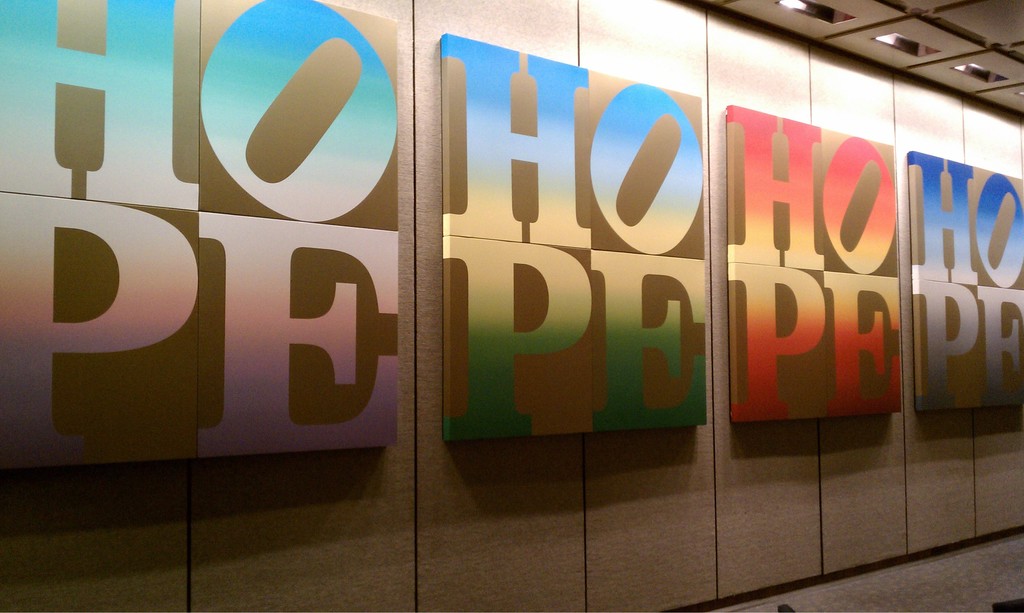 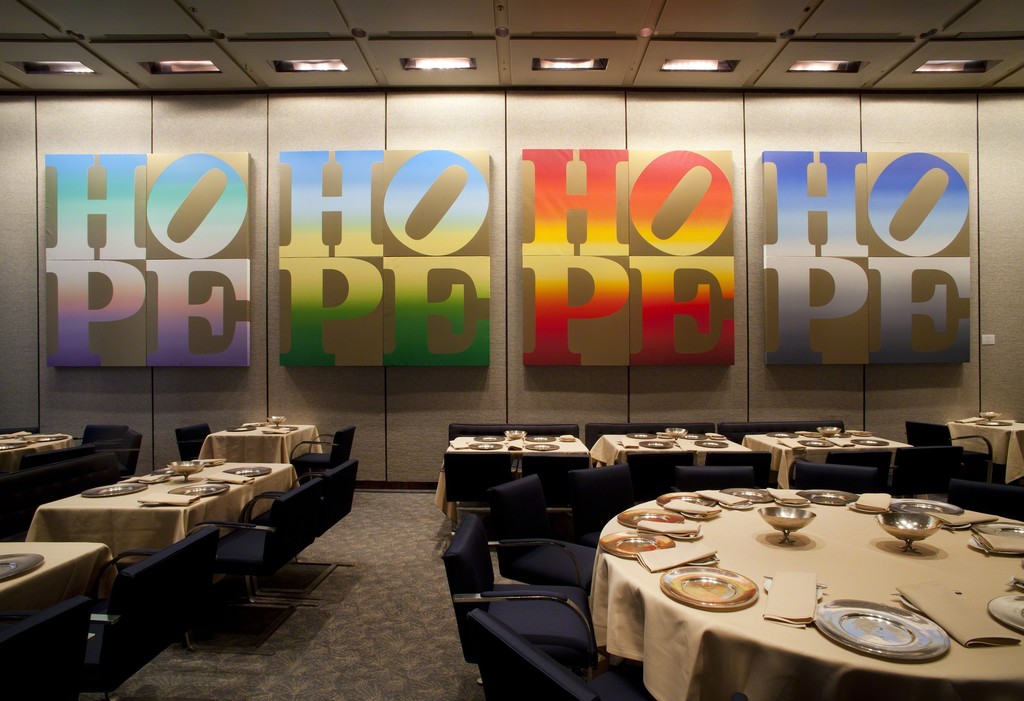 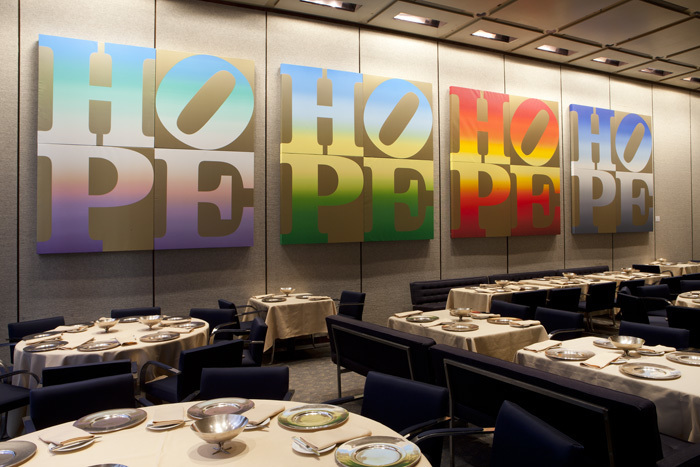 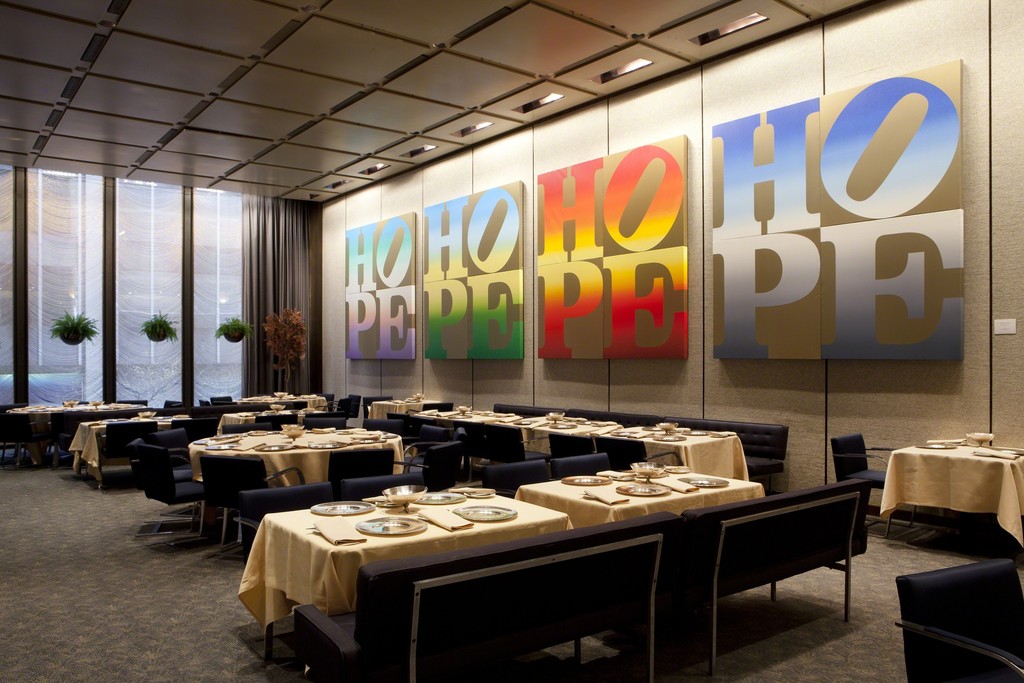 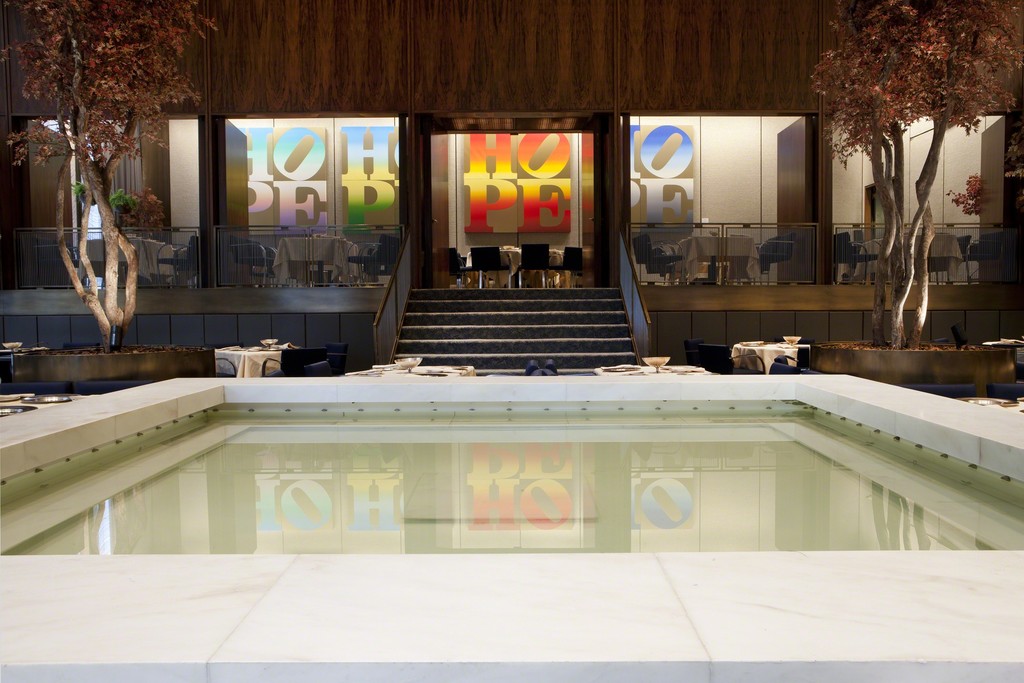 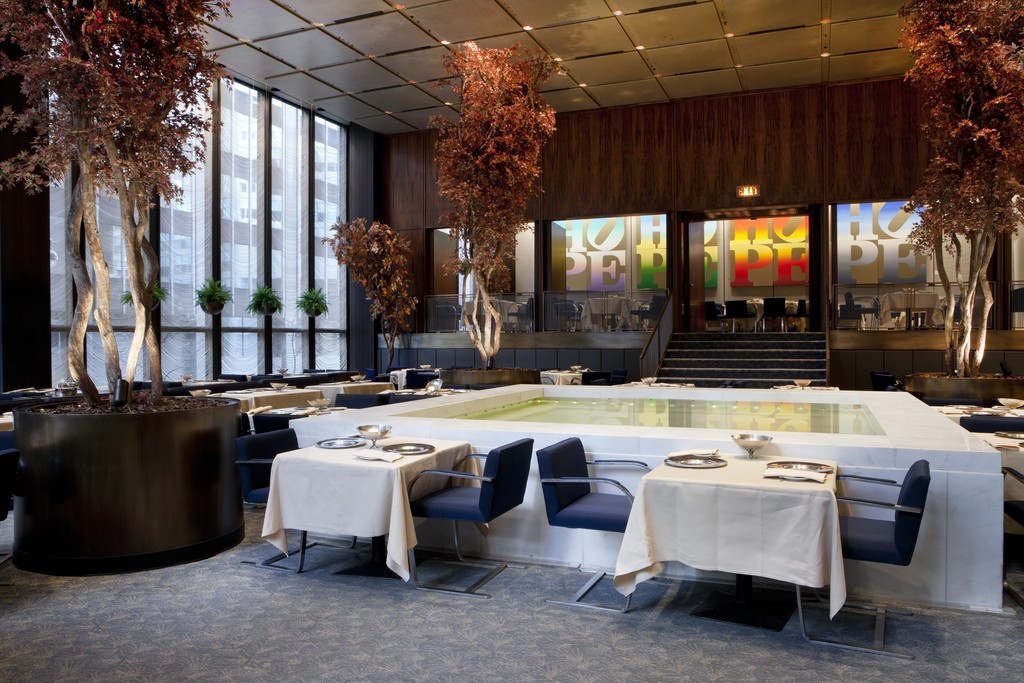 HOPE is considered one of the theological virtues, of which there are three, each connected to salvation. The list is presented by St. Paul in his magnificent First Letter to the Corinthians, 13:13. In The New Testament, the Apostle Paul wrote: And now dwelleth faith, hope, charity, these three; but the most of these is charity.... Paul did not intend to praise erotic love as outranking its peers… He meant that fellow feeling should define our relationship to brothers and sisters in God...
The theological virtues rest on the so called cardinal virtues, found in Plato. There are four of these: courage, temperance, prudence, and justice, with the latter standing to the rest as charity stands to faith and hope. In English at least, the words for the theological virtues are simple monosyllabic nouns. By contrast, the cardinal virtues are polysyllabic.
It would be difficult to make a sign for temperance as simple, clear, and witty as Robert Indiana’s HOPE (and LOVE), with their brilliantly canted O’s, slanted like mouths in song. The designs are elegant. The letters are curved and cropped in their corners. And HOPE prevails! - which is a corner of Faith.
The beauty of the word in Indiana’s painting is that the bottom two letters rest on the floor, in a kind of dusk. But there is a horizontal line, like a zip of the holy spirit across the space, after which the upper letters are fully illuminated. HOPE prevails!
...Today I saw the headline, vanished by lunch time, that told us that some Polynesian youths “almost” lost hope after fifty days at sea. The “Almost” saved their lives. There is something of a holy gift in HOPE. They really never lost it...
Arthur C. Danto , November 2010