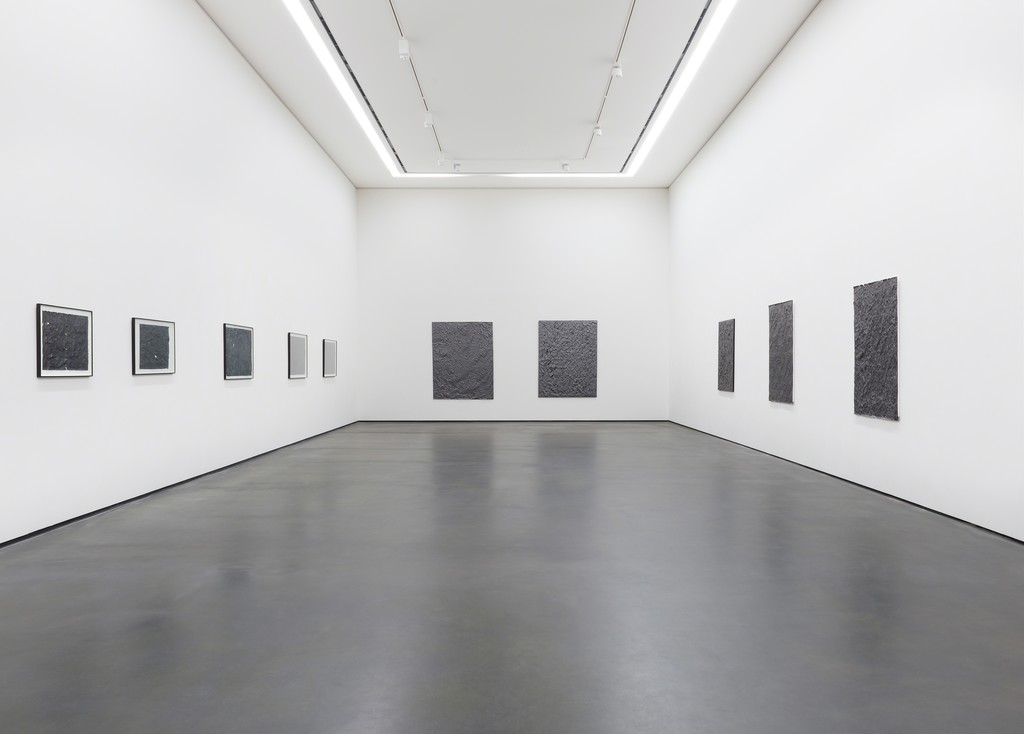 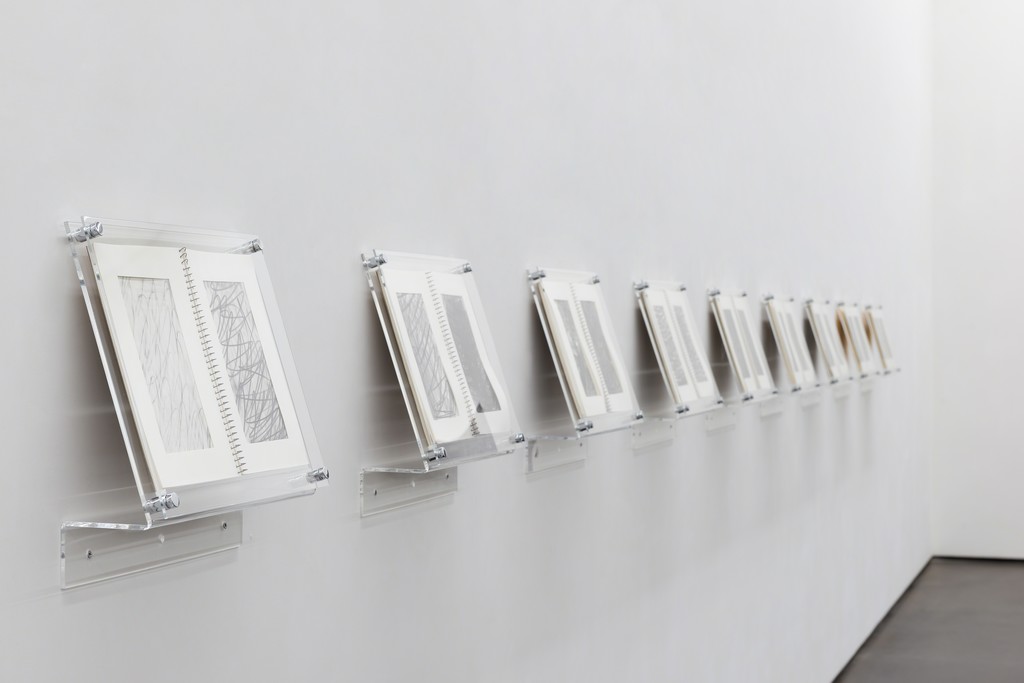 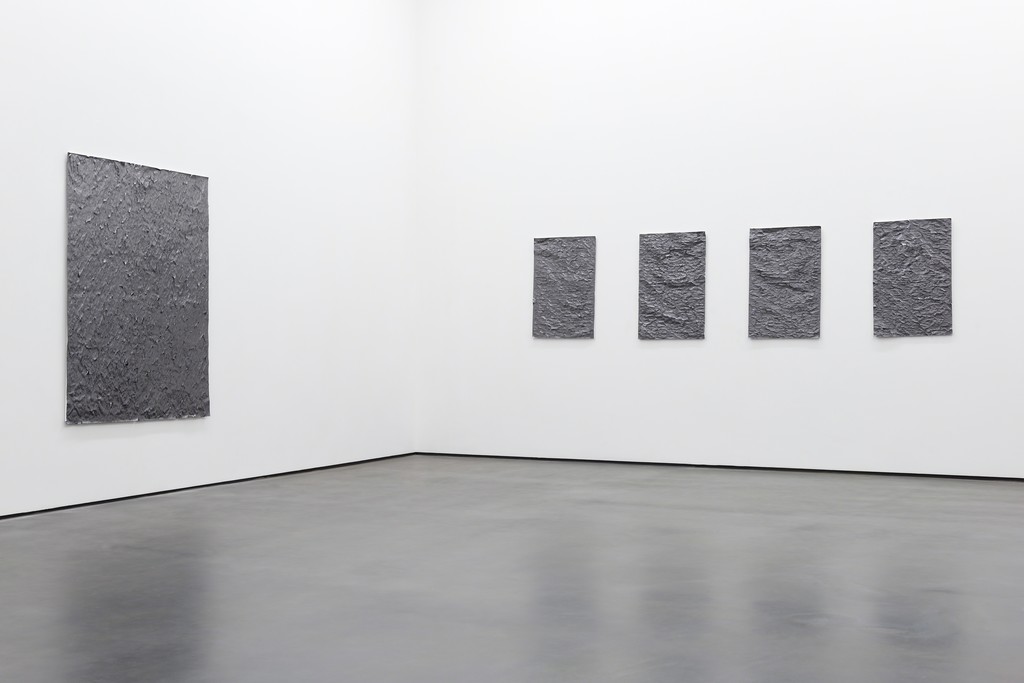 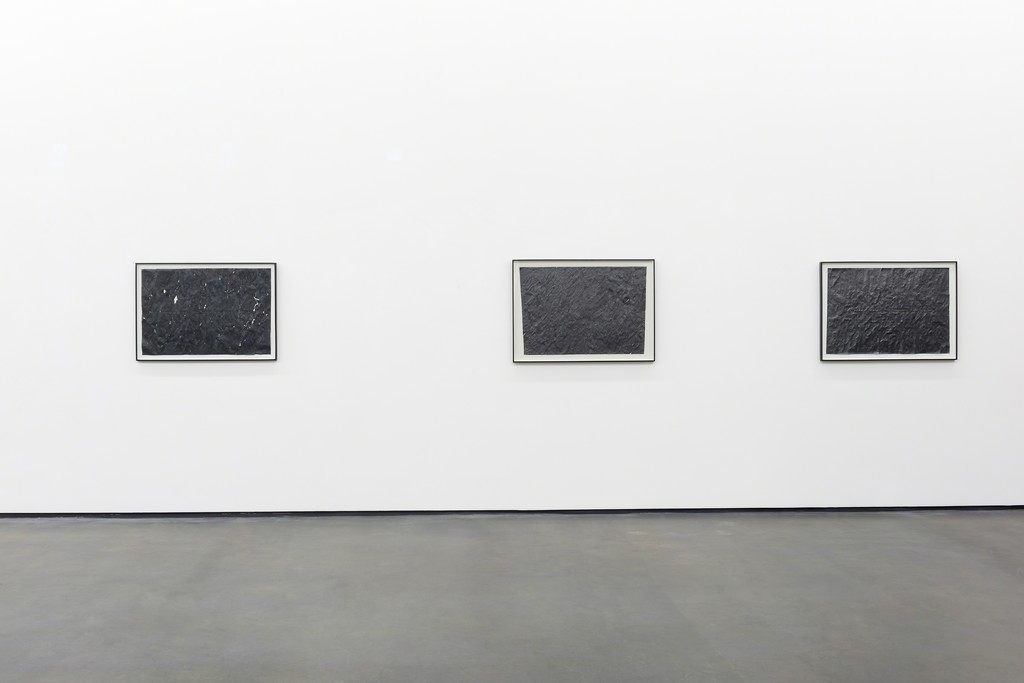 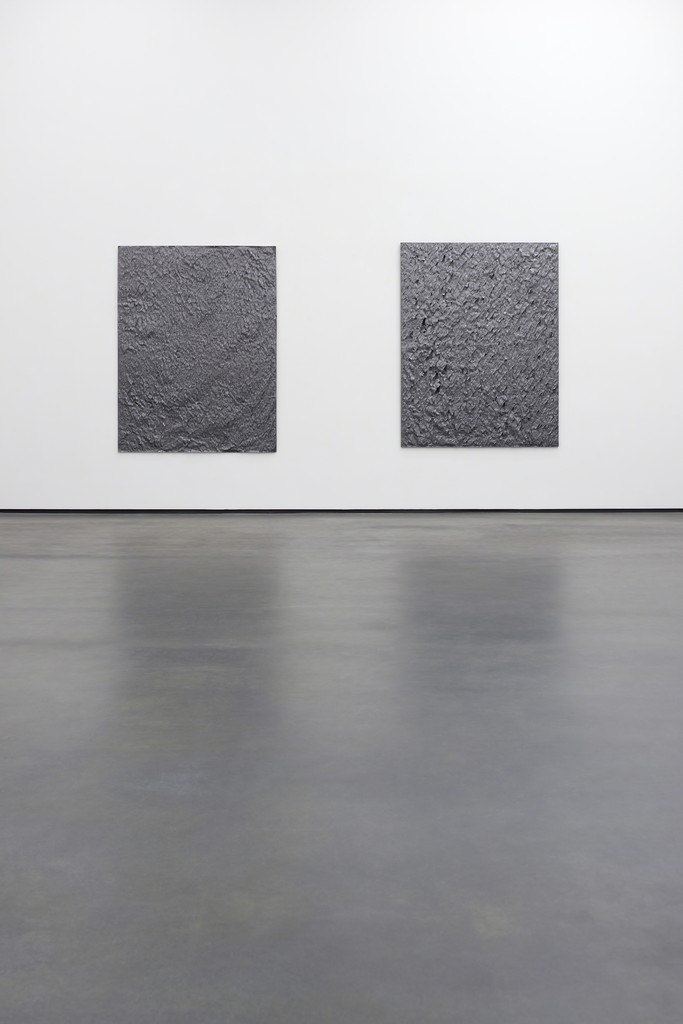 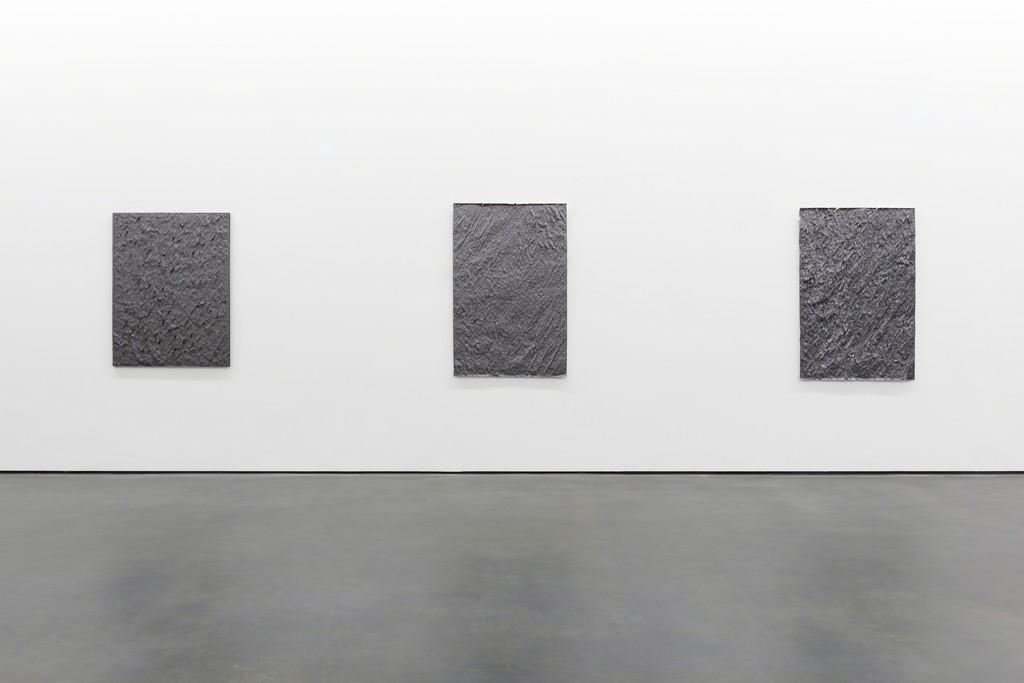 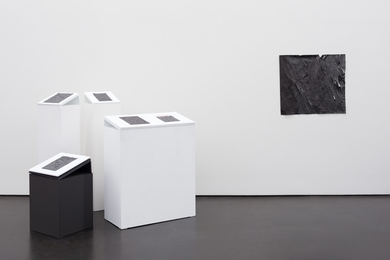 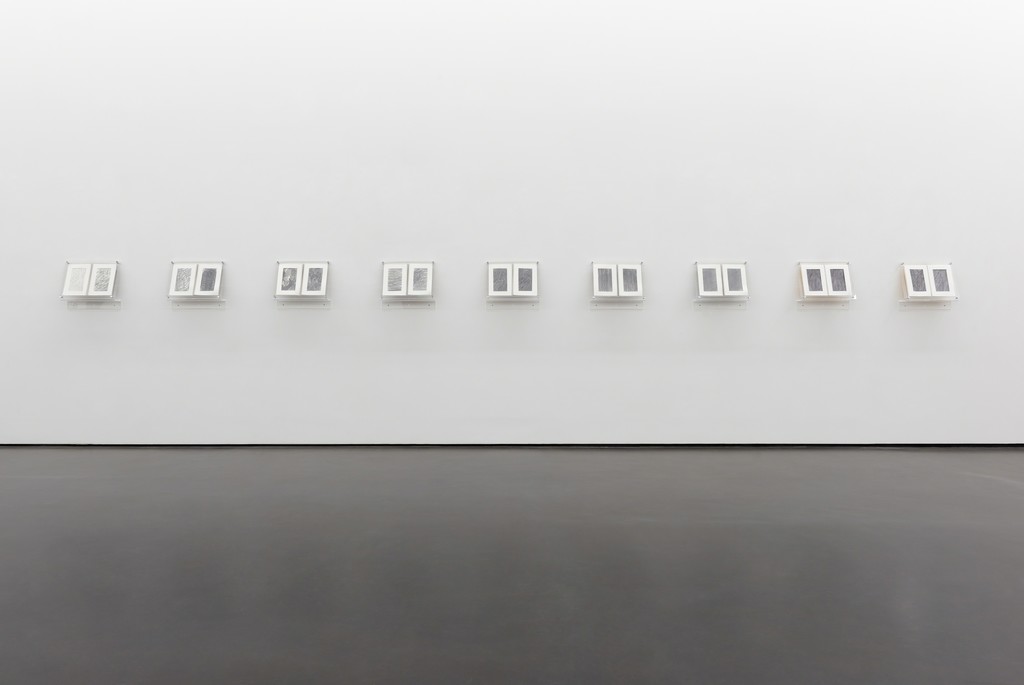 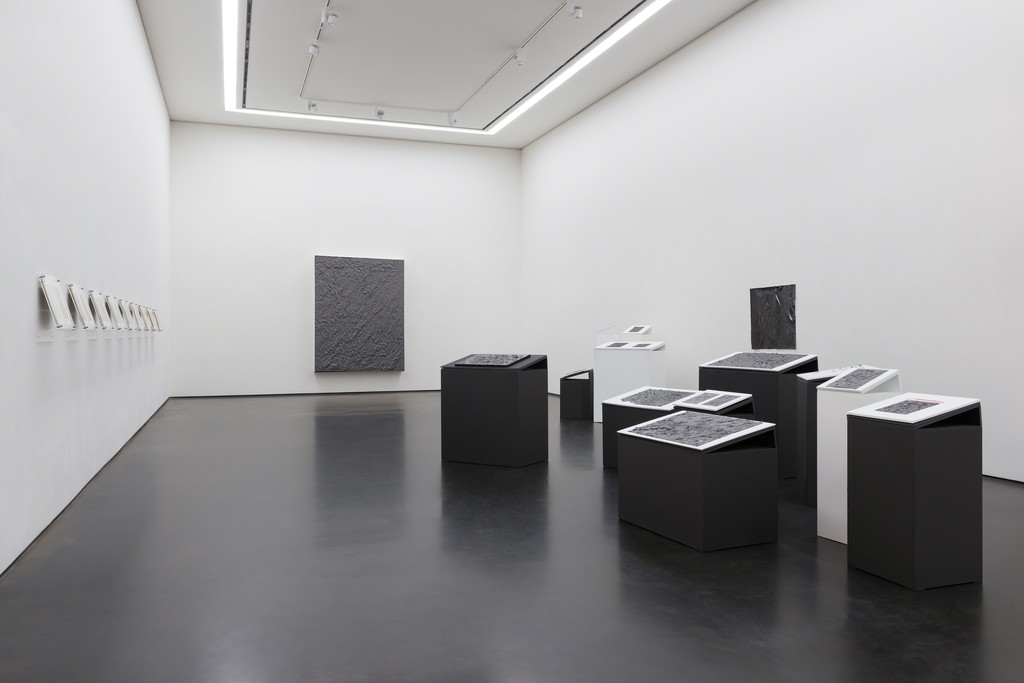 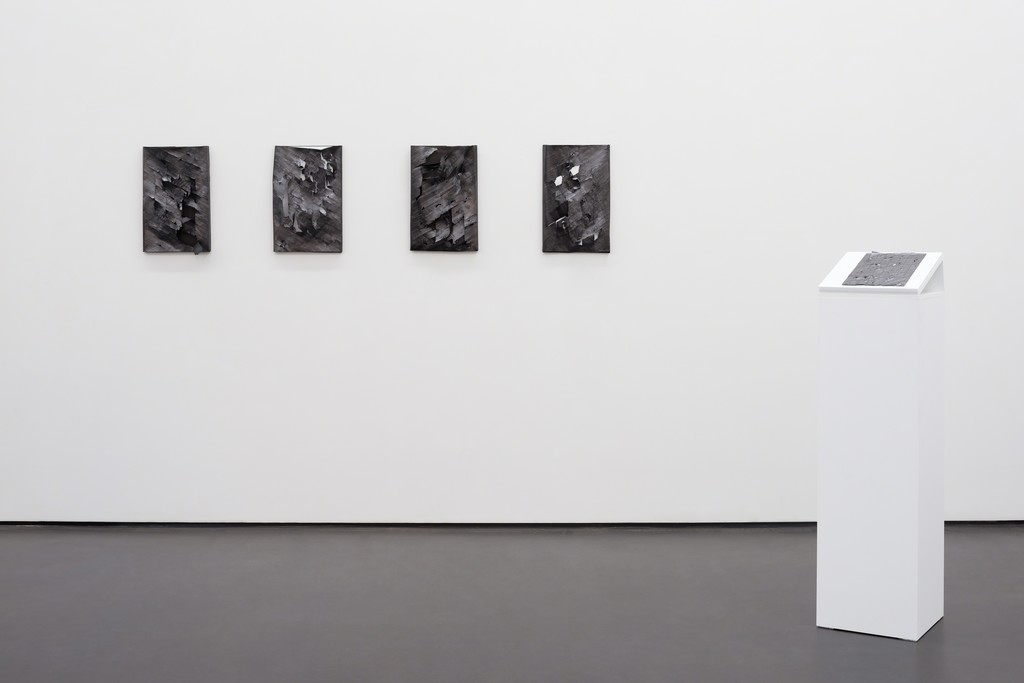 Wooson Gallery is pleased to announce an exhibition with Choi Byung-So for the second time at the gallery, following the first show in 2015. Choi Byung-so’s method is already well known to us: drawing countless lines with pencils and ballpoint pens on newspaper until pitch-black lines cover the entire surface and the paper is torn by the friction, finally reaching its physical limits. As a result, the newspaper is no longer legible and losing its original function, however, it reborns as a completely new phenomenon with its enigmatic appearance with its unidentifiable surface, which evokes the passing of time. Although we realize that its raw material is the newspaper, we can not consider it as a newspaper anymore but as a new, special entity.

Then, how the ordinary banal mass products get a special value? Choi Byung-So may have had various reasons for choosing the everyday object like a newspaper in 70's, when the historical situation changed rapidly both at home and abroad. Art rejected formalistic, traditional ways of expression and innovated new aesthetic perspectives while Avant-Garde movements have been developed all over the world. On the other hand, the government was under the system of the Yushin dictatorship, the media was stifled, freedom of expression and communication was suppressed more than ever before.

To Choi Byung-So, that time in his early thirties, who lived in this epoch, newspapers were the most accessible form of mass media. Yet he was indignant about the fact that the media was not doing its role properly, and started to cross out newspaper articles with a ballpoint pen. This was the beginning of his work with newspapers. In this way he has been reflecting the social reality in his work, which he expressed by crossing out the surface of newspaper pages, changing the original function into a new, metaphoric significance with imaginary connotations. This shows that Choi Byung-So was confronted to the social, political and economical realities and reflected this awareness through his method. He was an artist who pursued the experimental way of manifesting mental realities. It is certainly important to find the origin of his work in the 1970s’s historical context. However, his work should no longer be interpreted as an expression of anger against political injustice or social absurdity.
At a first glance, the surface of his works look same but as the daily newspaper can't be never same, every moment of our life can't be repeated. The artist’s creative practice cannot be continued if the human life reaches its physical limits. Human labor and time process, which are endlessly repeated by the creative praxis of the artist, will be accumulated in each artwork, while creating a new entity of the object as strange, enigmatic, unknown phenomenon. These unidentifiable objects give new, unique, specific values to the trivial mass production, changing the limited, temporary function of newspaper into a poetic function of general, metaphoric, substantial value. Through endlessly repeated labor, through the visualization of time process Choi Byung-So demonstrates the identification of artistic practice and life.