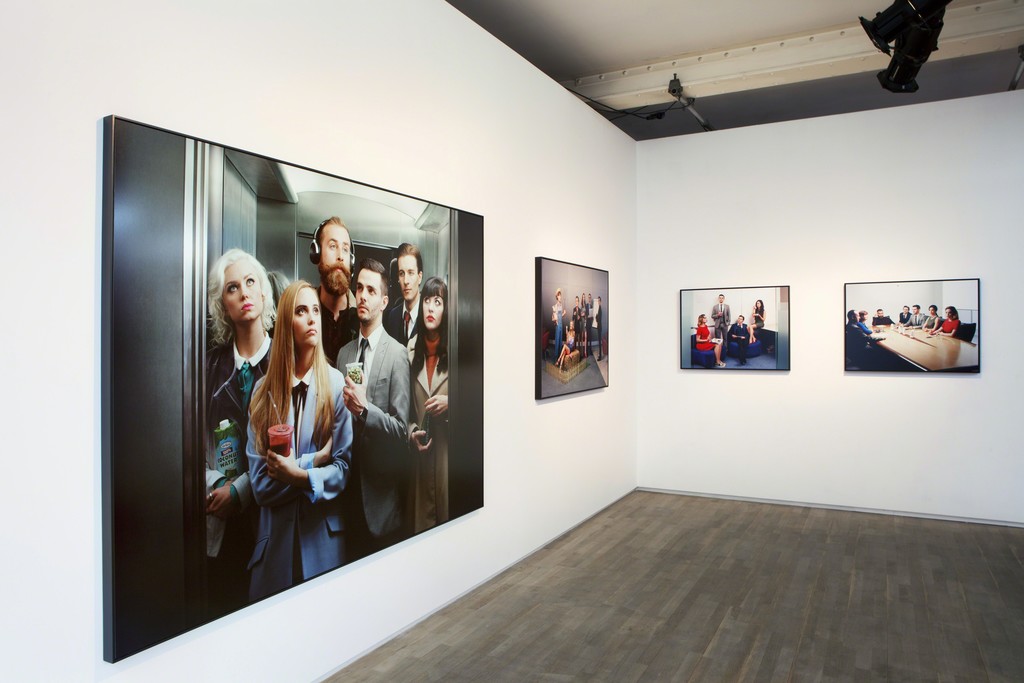 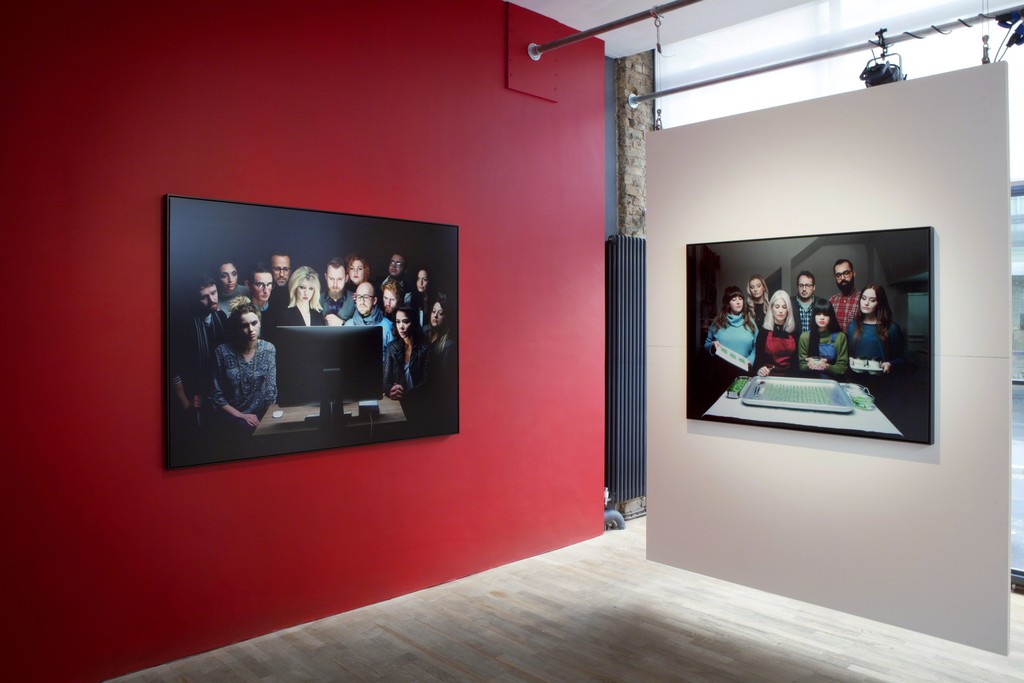 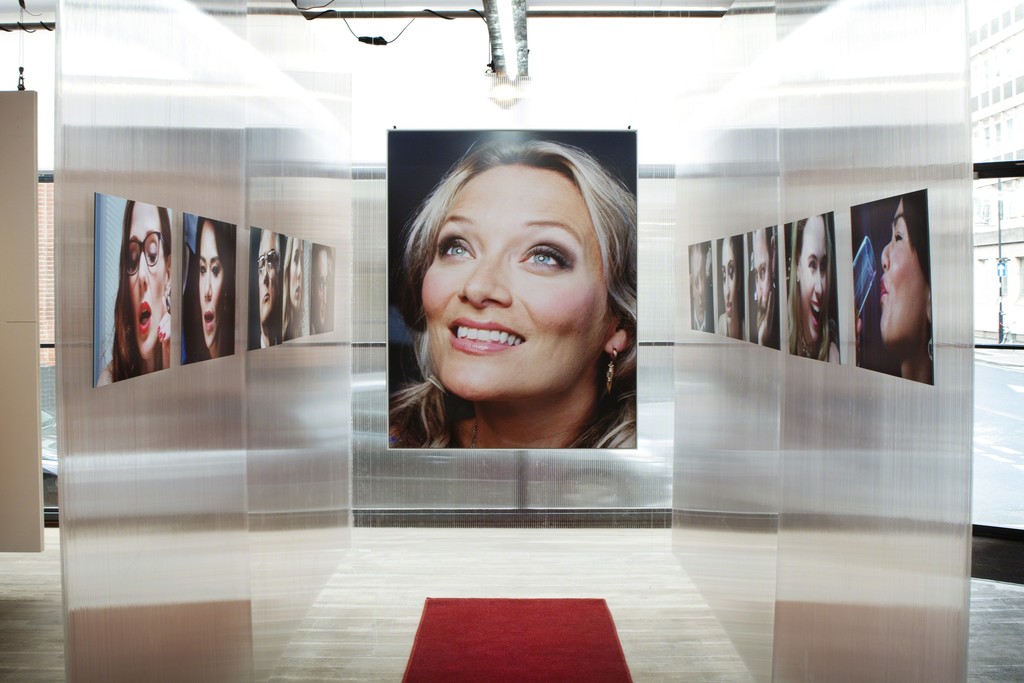 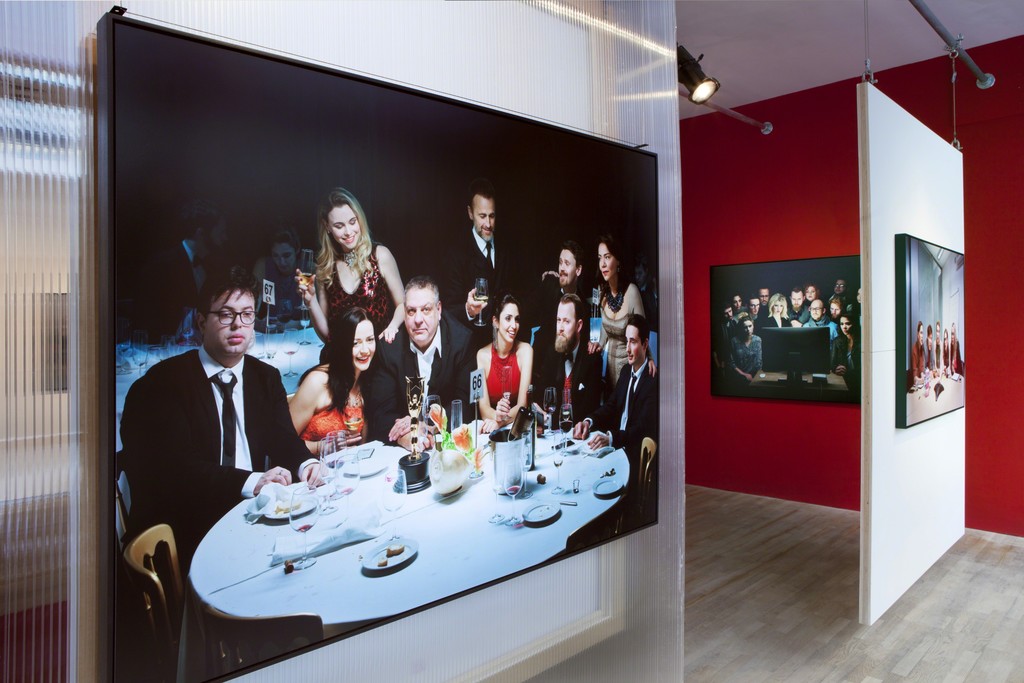 Paid Content is a new body of work by acclaimed British photographer David Stewart (b.1958), released simultaneously as an exhibition at Wren London (28th September 2018 – 17th November 2018) and as a book published by Browns Editions.

Stewart, who in 2015won the prestigious Taylor Wessing Photographic Portrait Prize, has again created a wry documentation of the everyday, drawing from his own personal experiences and using his large format camera to hold up a mirror to both them and to the world at large. Now, Stewart is gamekeeper turned poacher, using the setting of the advertising agency, an environment he, himself, has occupied for the past four decades. Through this project, Stewart explores the changing face of workplace culture and the wider dehumanising effect that is occurring due to the growth of large, faceless corporations and globalisation.

For Paid Content, Stewart has constructed a finely tuned record featuring a cast of inter- related characters within a number of semi-biographical semi-fictional settings. Through his photographic process, Stewart accords a heightened reality to these scenes. The close focus, highly detailed images result in an unforgiving, penetrative treatment of his subjects and what they stand for – high gloss superficiality, smoke and mirrors - not the creative dynamism Stewart encountered when he first entered this environment.

As Stewart states, ‘It is the people and culture I see around me everyday that influence my work. There is nothing stranger than what I see in real life, which is why my photographs appear slightly surreal.'

Yet for all its outward disapproval at the fakery and insecurity it captures, Stewart’s images are imbued with a sense of humour and, even at times, an empathy for their subject matter. Through the positioning and lighting of his figures, Stewart adds further layers to the imagery, evoking scenes from both Renaissance and Baroque paintings. On closer inspection the repeated inclusion of symbolism within the frame recalls the iconography of religious subjects from these artistic periods. On a contemporary level these staged scenarios are instantly recognisable even to those outside of the advertising industry. Yet Stewart avoids mere stereotyping through his acute observational eye and impeccable casting of his characters. This is the Emperor’s new clothes laid bare.

Born in Lancaster in 1958, David Stewart began his career by photographing punk bands including The Clash and the Ramones. He also took to photographing the passing parade of colourful characters on Morecambe Promenade with squirrel monkeys Joey and Queenie. This early work directly influenced his now recognisable style. After graduating at Blackpool and The Fylde College, Stewart moved to London in 1981 where he pursued his career in photography, rapidly establishing himself as one of the UK’s most highly accomplished photographers.

In 1995 he directed and produced a short film Cabbage which was nominated for a BAFTA. Accompanying the film was a series of surrealist photographic images in tribute to the much-maligned vegetable. In 2001 he published a body of work titled Fogeys, comprising kitsch, cartoon-like photographs of people growing old disgracefully. Exhibited at the ICA, London, Fogeys won a Silver Award at the Art Directors Club of New York.
Stewart’s book Thrice Removed (2009) while still singular and mischievous, includes works that are more muted in colour and personal in tone. Simultaneous projects, Indecision and Intension (2012), returned once again to the surreal, providing an intriguing study of young women. His monograph Teenage Pre-occupation (2013) looks at teenagers and the changes they experience at this age. A second short film by Stewart, Stray (2013) was screened at the London Short Film festival.

In 2015 Stewart won The Taylor Wessing Photographic Portrait Prize held at the National Portrait Gallery, London. He had been previously shortlisted for the Prize in 2007 and his work had been accepted a further fifteen times between 1995 and 2015. In 2016, Stewart was presented with The Royal Photographic Society award for outstanding achievement and excellence in the fields of Editorial, Advertising and Fashion Photography. His work features regularly at the Royal Academy Summer Show, London.

A new photographic gallery located in Old Street, London. Wren London launched in May this year.
Wren London acknowledges and references the ever-evolving East London art and design movement that surrounds it both geographically and aesthetically. A gallery without a roster of artists, they focus on showcasing thought provoking and influential artists working at the forefront of the contemporary photographic world.
The gallery imports expertise from the worlds of art, architecture, design, and photography to curate exhibitions of work exploring essential themes around the rise and influence of photography as a medium in the art world further afield.

Established by Jennifer Turner (Director, Wren Agency) who has a background in photographic commissioning, the gallery provides supporting knowledge in the use of photography and a consultative service for artist and brand collaborations including tailored exhibitions, brand campaigns and bespoke publications.