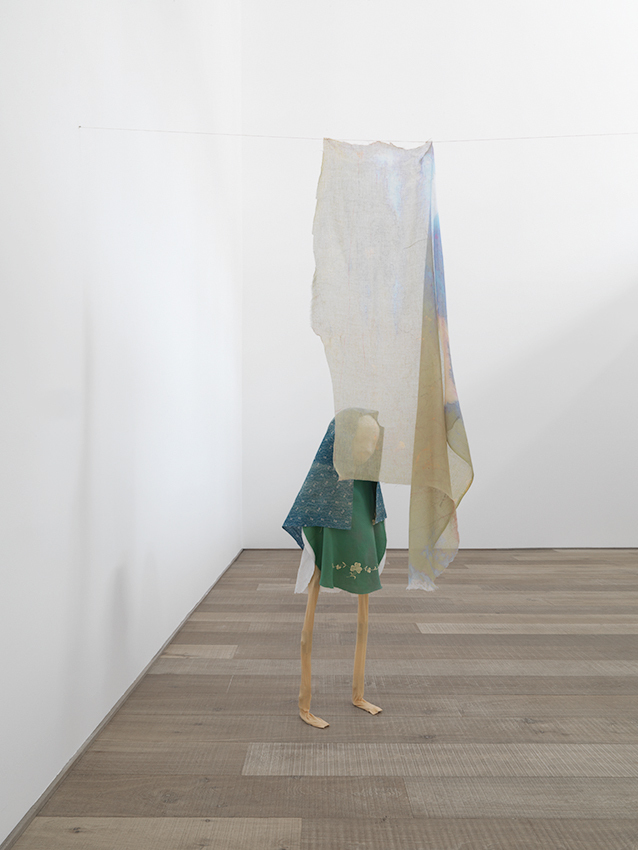 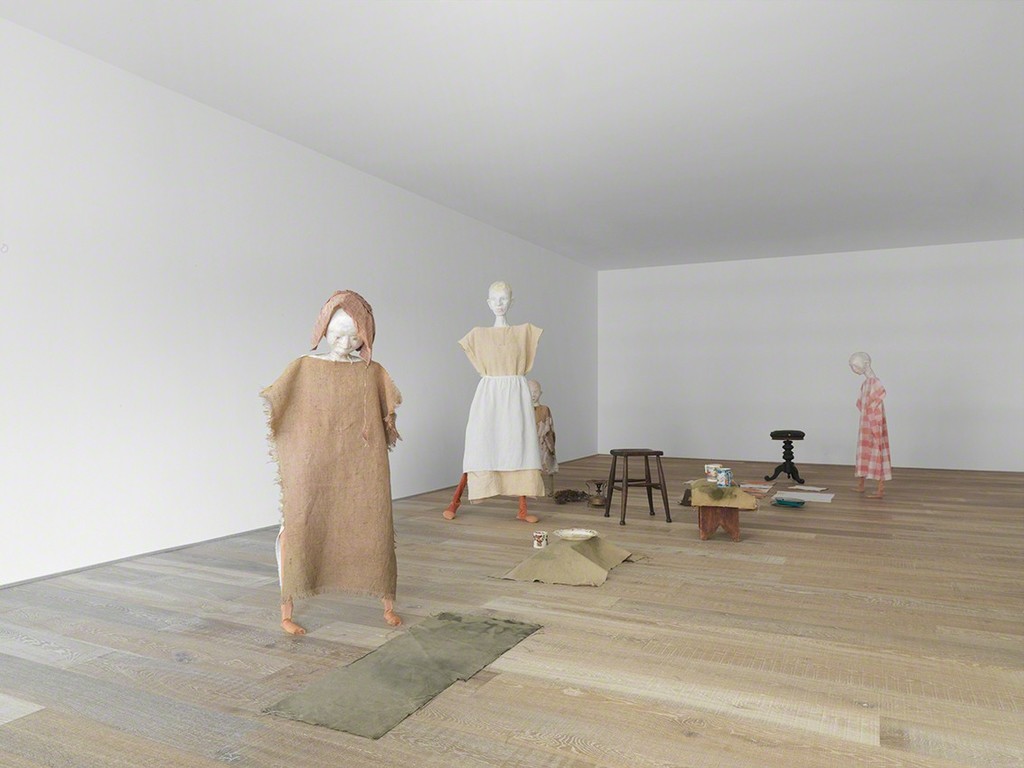 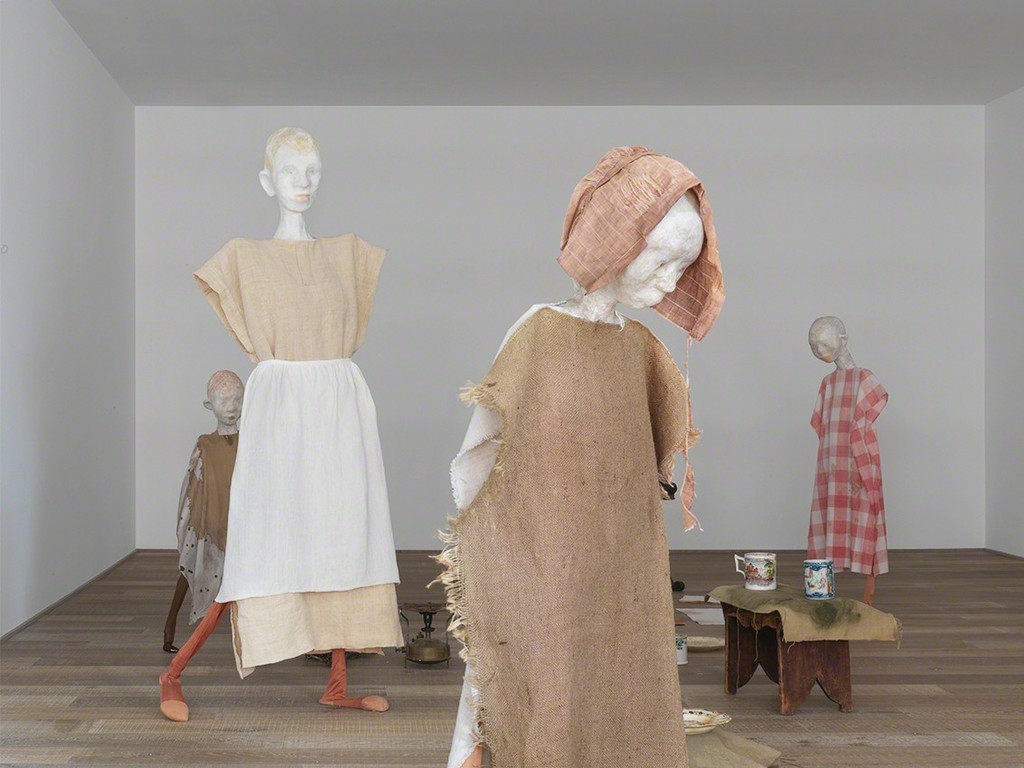 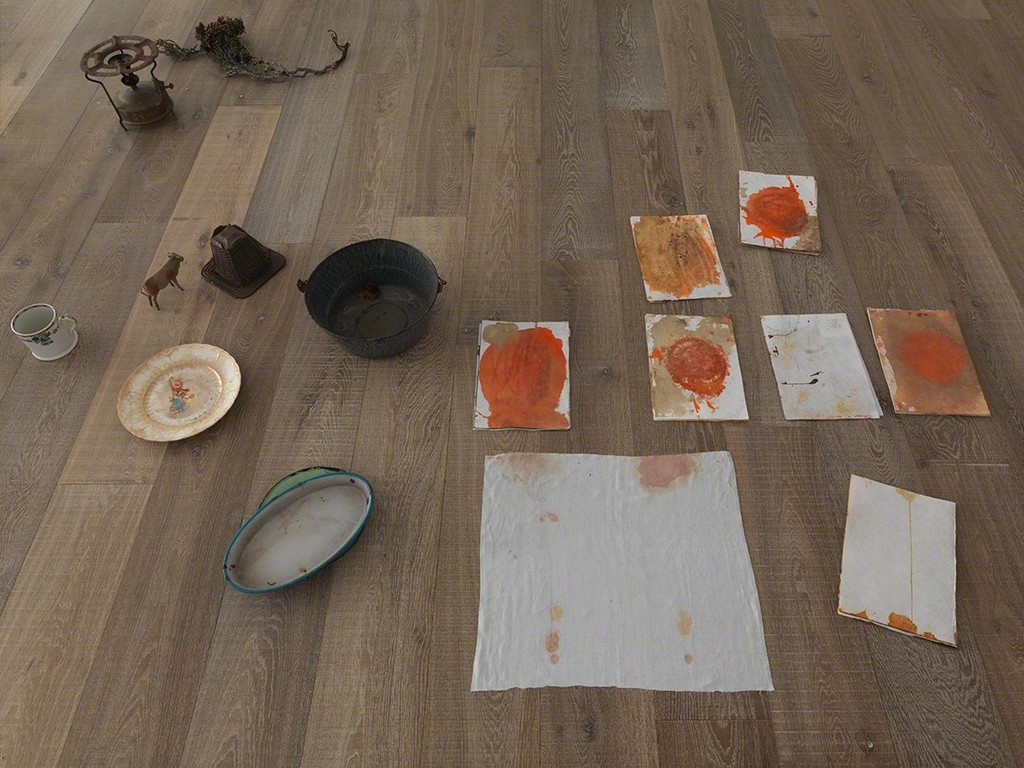 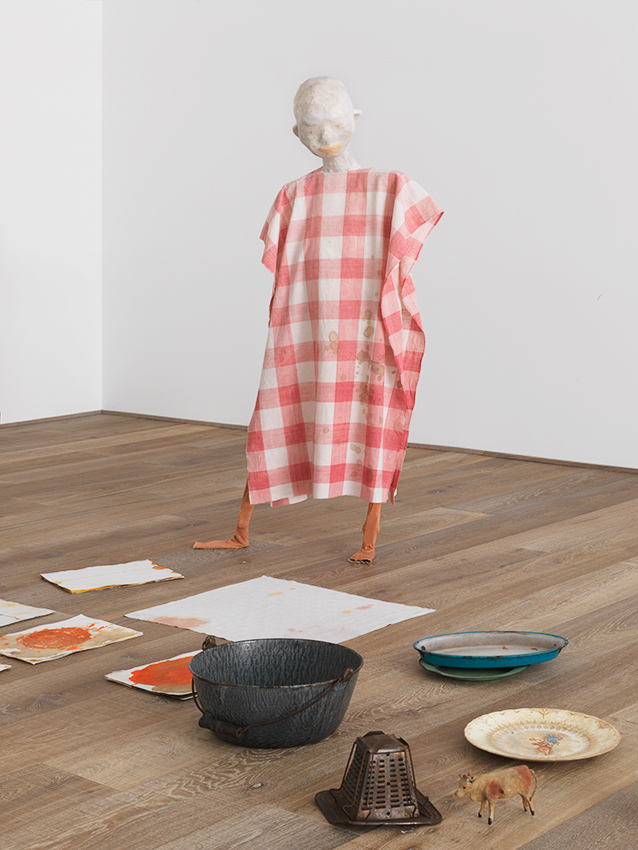 Born and raised in Belfast, Northern Ireland, Cathy Wilkes trained at Glasgow School of Art and is part of the generation of artists who emerged in the mid-1990s. Wilkes is primarily known for her large-scale, expressive installations of seemingly disparate objects, many of which are distressed, damaged, altered or adapted. Her ensembles slowly evolve out of a working method that begins with the meticulous collection and selection of materials and ends with the measured task of arrangement, re-arrangement, making and re-making. The refined, physical manifestations of a continual process of intellectual introspection and existential questioning, Wilkes’s installations explore the multiplicity of meanings, both personal and universal, that objects are capable of evoking, or representing. Each object or grouping in an installation references a small, inexpressible fragment of the artist’s inner world; but when transferred to the artwork, and separated from her private experience, they gain a new range of individual and associative meanings. That elusive tipping point – the critical moment at which the meaning of an object changes, the ‘how’ and the ‘why’ – fascinates Wilkes. Her installations also draw heavily on the materialisation of absence: the lost associations between objects, for example, or feelings of self-alienation.
Although Wilkes draws upon her own life experiences for inspiration, which inevitably lends her work an autobiographical dimension, she is ultimately probing deeper, more visceral issues. Cathy Wilkes: ‘When the living and dead are considered together in the same place, there is a measurement and proximity to death, there is a measurement and proximity to life. The process of making the figures and collecting the materials suspends the work between life and death and measures these proximities. The work is a process of open concentration and waiting, and attention to every part of a totality. Totality of every single basic element… Recalling the day of her loss. Recalling something over and over again. Nothing is forgotten. In order not to forget, everything is recalled over and over again and checked. In close proximity to death - It’s understood that there is both materialisation and disappearance of physical things. It’s understood that it is a natural retreat from material reality. It’s understood that the forces of nature are electric and defining’
Cathy Wilkes is also a painter. Her predominantly abstract works on canvas tend to mirror the intensive labour that goes into her installations – the canvases are worked on, set aside, scraped clean and worked on again. Previously incorporated into her sculptural environments, Wilkes’s paintings have gained greater autonomy in recent years.