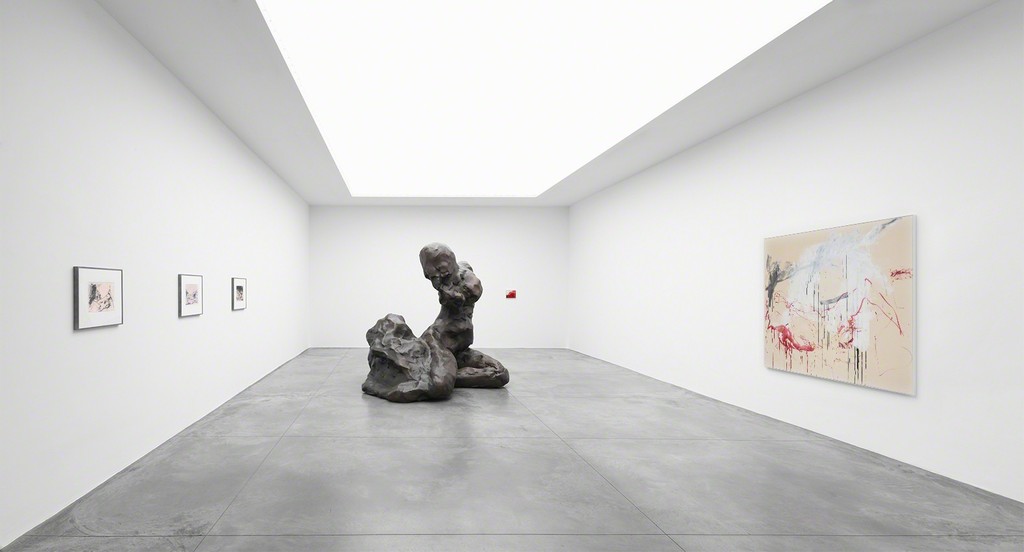 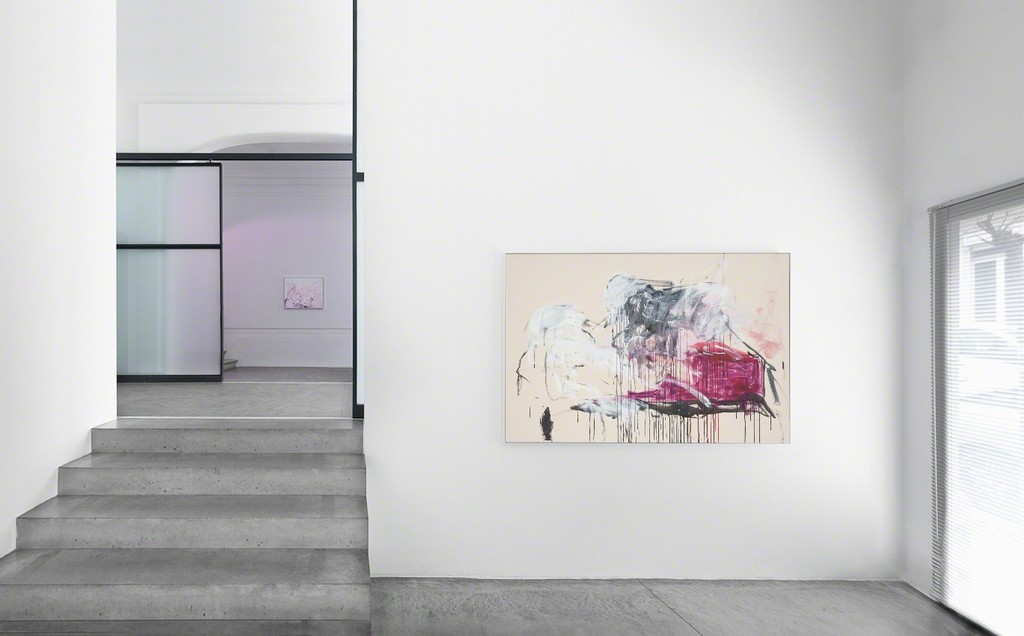 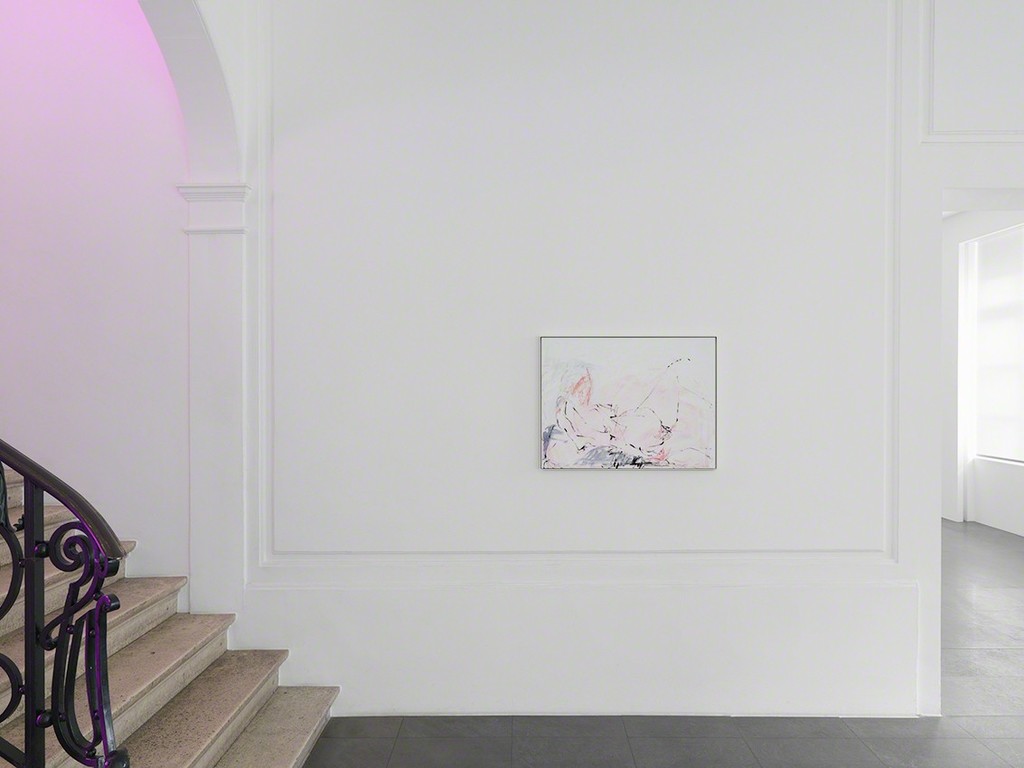 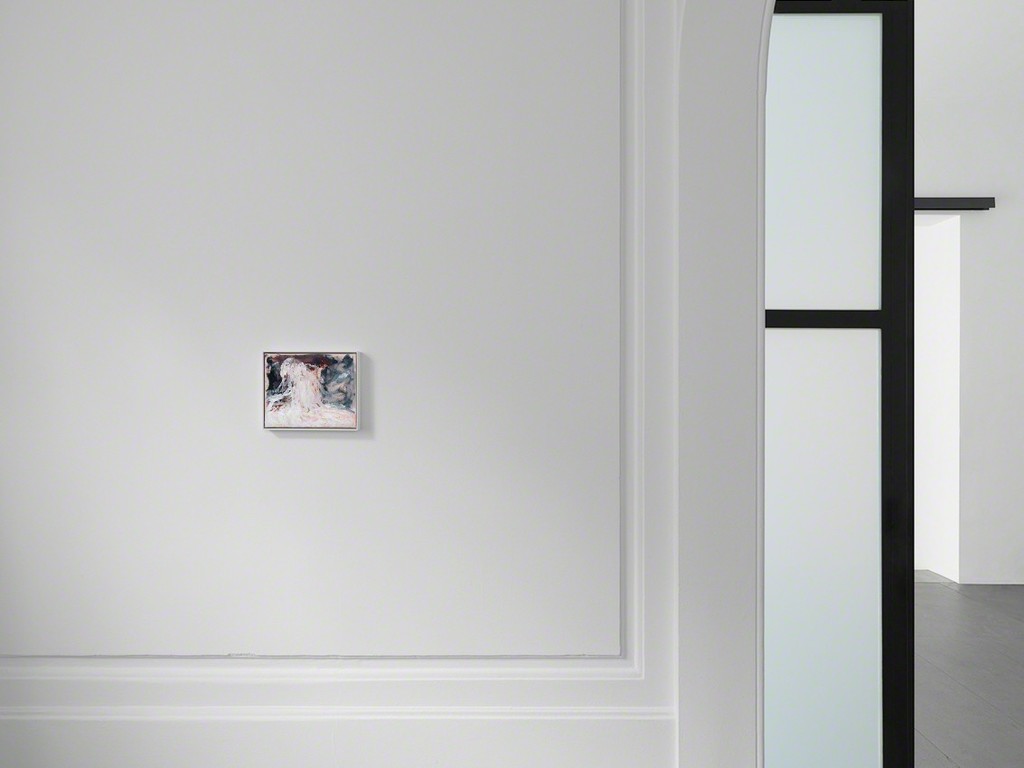 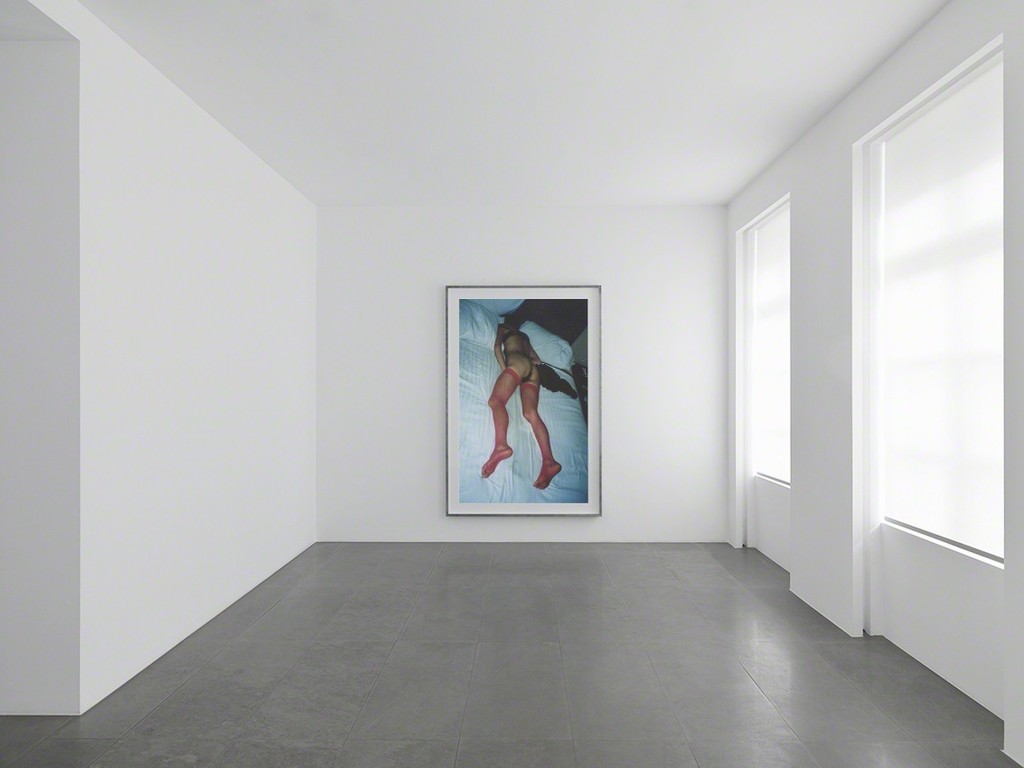 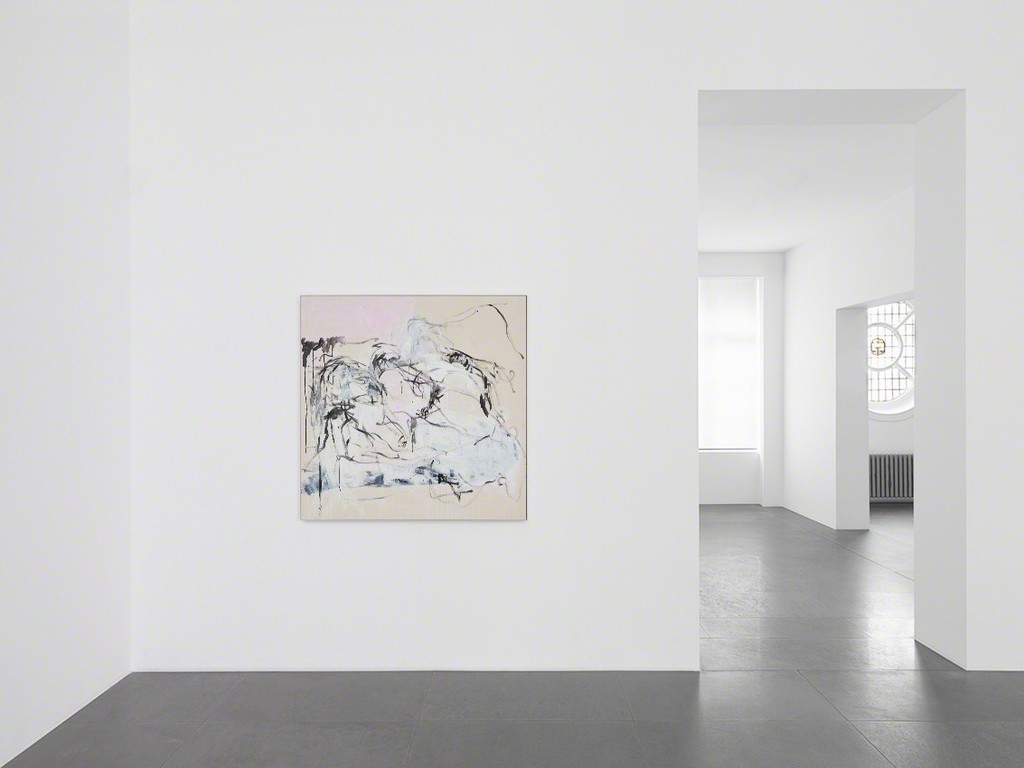 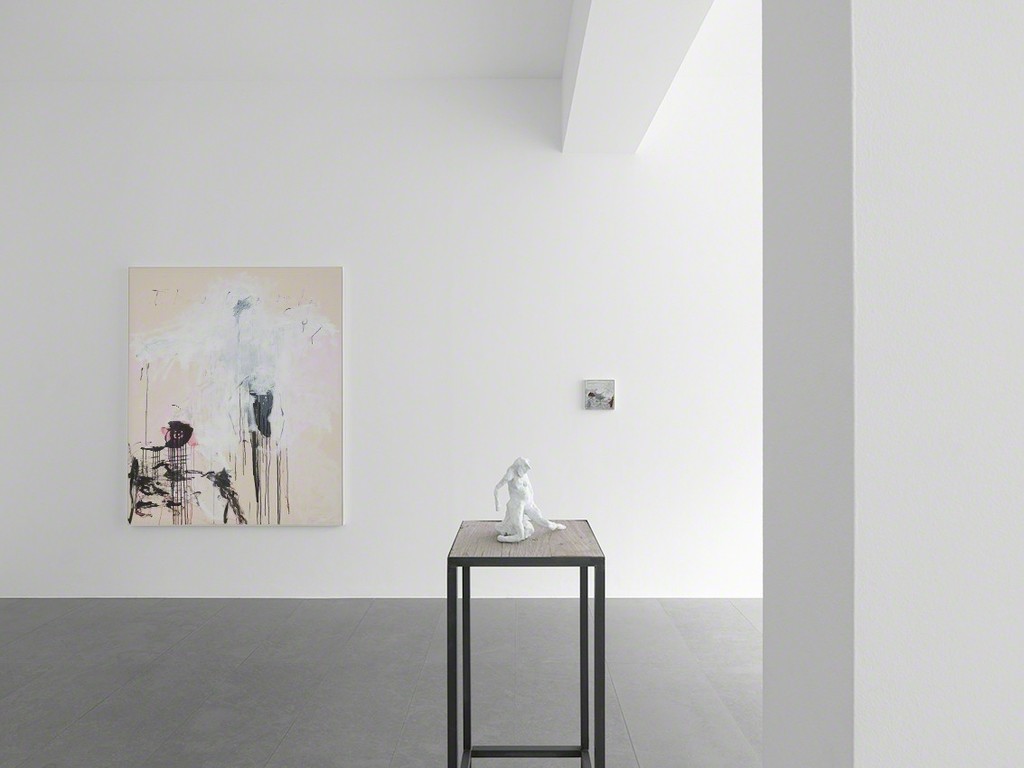 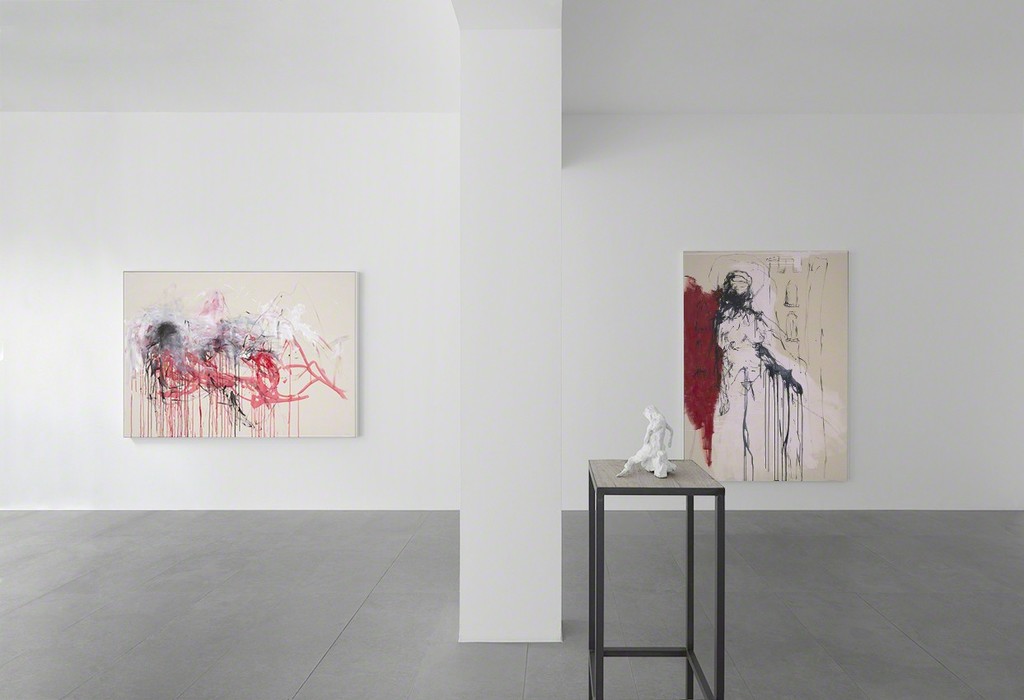 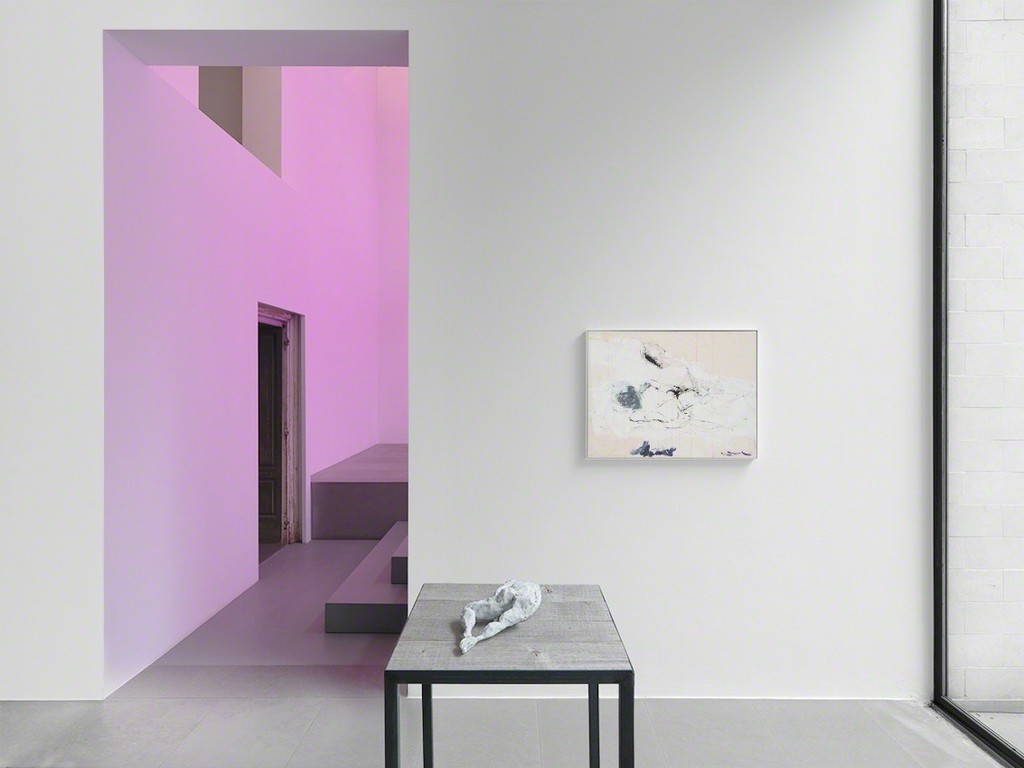 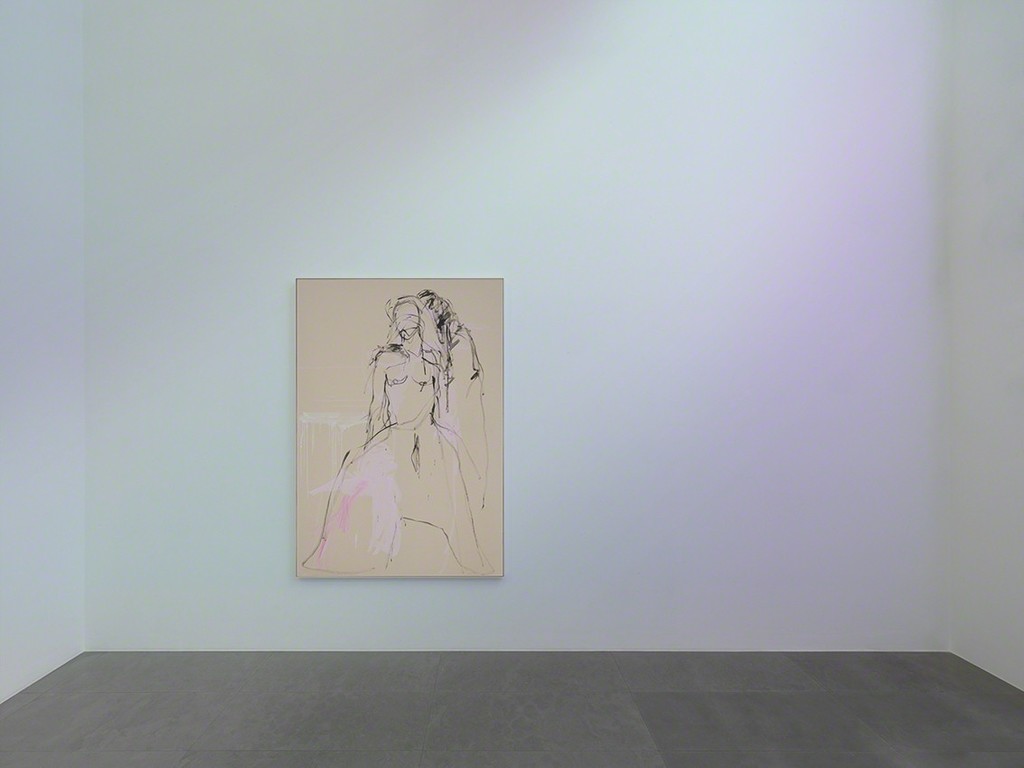 Spanning both galleries and encompassing close to ninety works in a wide range of media — including paintings, new bronze sculptures, works on paper, neon texts and a video — the exhibition reveals the most recent developments in Emin’s intensely personal yet profoundly universal oeuvre.
Typically working from memories and dreams, the artist captures her innermost feelings in language and the materiality of her work. The human condition in all its pathos, misery and beauty—youth and maturity, love, loss and lust, intimacy, shame, guilt, grief, crisis and death—is the driving force of her art, which is tantamount to a visible manifestation of different existential states. Eschewing mimesis, Emin focuses on transmitting the emotional essence of her experiences through a confessional but open-ended dialogue with both herself and the
wider world. Viewed in its entirety, her oeuvre amounts to a vast, visceral and unsparing compendium of self-knowledge that facilities objectivity, with the artist watching and recording her own reactions like an observer.
The title of the exhibition, The Memory of your Touch, alludes to a line in D.H. Lawrence’s novel Lady Chatterley’s Lover (1928). When asked if she ‘misses the touch’ of her deceased husband, Mrs Bolton exclaims: ‘That’s it my Lady! the touch of him!... if there’s a heaven above, he’ll be there, and will lie up against me so I can sleep.’ The sentiment behind these words echoes the artist’s own awareness of the transient memories associated with a vanished physical closeness. An erotically charged photograph (1997-2016)– with the same title as the exhibition—showing the artist lying face-down on a hotel bed, alone, encapsulates what Emin has referred to as ‘the loss of love and sex, and about how it felt to have that passion...trying to remember, remember that desire
and remember what it felt like to be entwined with someone. A lot of my work has become more abstract, more vague, and that’s because the memory is blurry.’ While related works such as the Hotel Grand series of gouaches, the bronze I Wanted You More (which mirrors the pose in the photograph) and the neon texts all address the perplexing inability to recall sexual intimacy, Emin further extends the theme of the exhibition—in works such as I waited and sat by your side and GONE—to reflect an altogether different kind of loss, that of bereavement. In the video entitled You Made Me Feel Like This, the artist draws these strands together and imbues them with a broader significance. Sitting alone in the eighteenth-century interior of a surviving Huguenot house in the shadow of Hawksmoor’s Christ Church in Spitalfields, London, we see the artist writing a poignant letter to a lost love. Juxtaposing images of the First World War memorial in the churchyard with the cranes and girders of contemporary urban development, Emin’s personal heartache now becomes a metaphor for the lives fractured by the conflict, the passage of time and for the loss and eradication — as well as survival and perpetuation — of history and memory within the built environment.
Central within the exhibition is the monumental bronze All I want is you (2016) and a series of smaller works in the same medium. A logical extension of her drawings and paintings, Emin’s bronzes translate the intuitive expressivity of her two-dimensional work into physical sculptural forms. Here, the artist’s emotions and reminiscences gain traction in the delicate energy of the modeling and the luminous textured surfaces. Light and shade not only highlight the indelible traces of the artist’s touch but also her innate understanding of mass and volume, proportion and balance.
Also on display is a selection of paintings and gouaches on paper that are akin to drawings in terms of spontaneity. A consummate and academically-trained draughtswoman, such works can be read as stream of consciousness vignettes that open a window onto an inner world. Of this aspect of her practice she has said: ‘My emotions force the drawing out of my hand... I am the custodian, the curator of the images that live in my mind. Every image has first entered my mind, travelled through my heart, my blood—arriving at the end of my hand. Everything has come through me.’
Tracey Emin (b. 1963, London, UK) has recently exhibited her work in the following solo exhibitions: Surrounded by you, Château La Coste, Aix-En- Provence, France (2017), Angel without You, Miami MoCA, Miami, USA (2014) and a major survey exhibition Love Is What You Want, Hayward Gallery, UK (2011). She has also entered her work into a series of acclaimed dialogues with the work of past masters she admires, most notably: In Focus: Tracey Emin
and William Blake, Tate Liverpool, UK (2016), Tracey Emin and Francis Bacon, Tate Britain, UK (2015), Where I Want to Go, with Egon Schiele, The Leopold Museum, Vienna, Austria (2015). Emin also collaborated on a series of jointly- authored works with Louise Bourgeois between 2009 and 2011. This autumn, her installation My Bed, with which was nominated for the Turner Prize in 1999, will be shown at Turner Contemporary, Margate, UK alongside the work of JMW Turner (12 Oct 2017-14 Jan 2018). Tracey Emin represented the UK at the Venice Biennale in 2007 with the exhibition Borrowed Light, was elected to the Royal Academy in the same year. She was appointed Professor of Drawing at The Royal College of Art, London, and in 2012 Queen Elizabeth II appointed her Commander of the Most Excellent Order of the British Empire for her contributions to the visual arts.