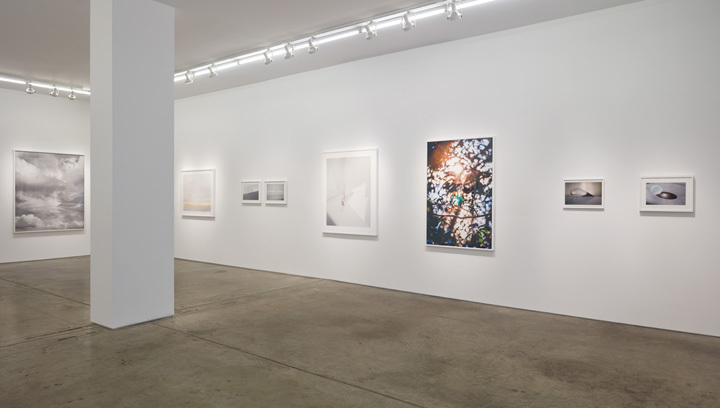 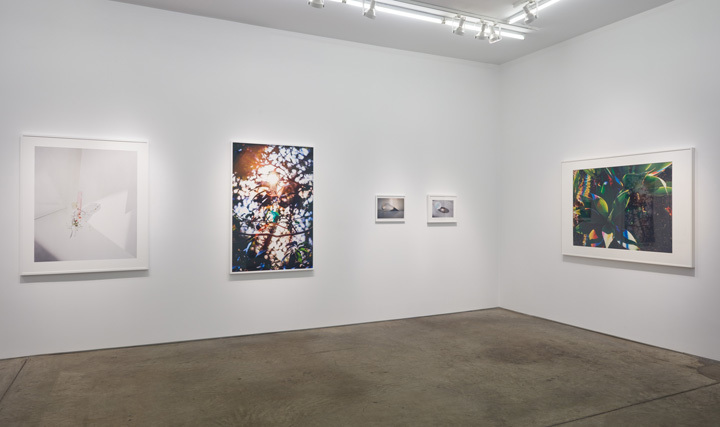 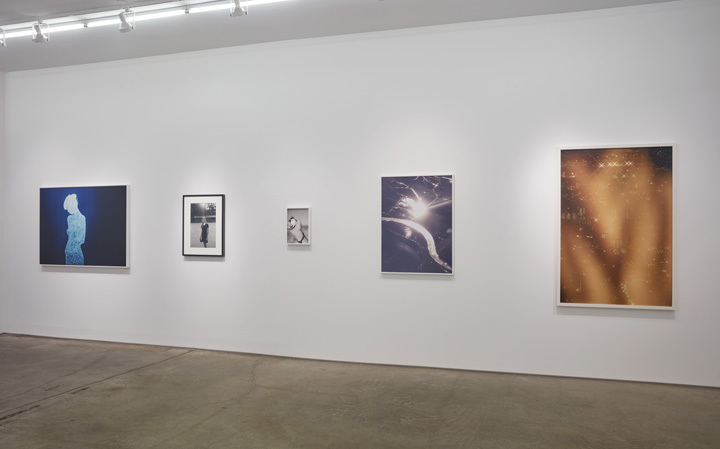 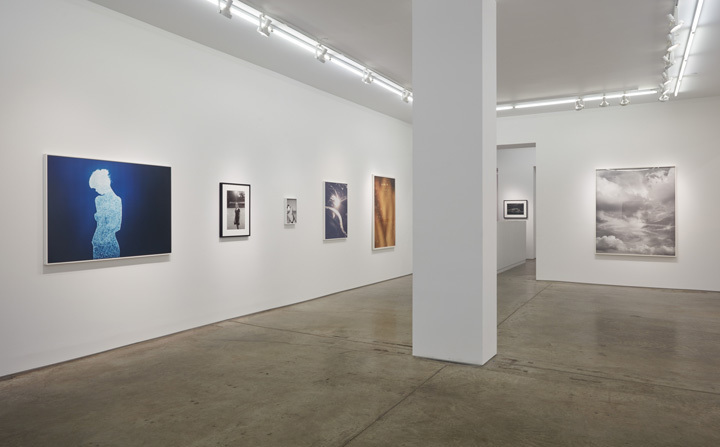 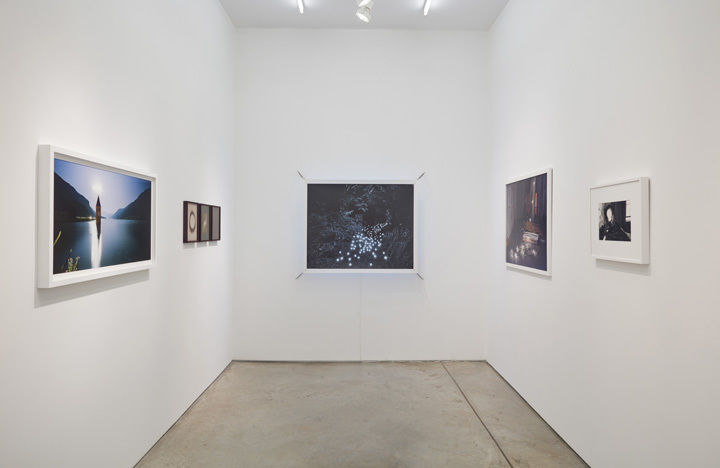 Occupying a space between matter and energy, light may be thought of as both material and phenomenon. Essential both to sight and to the medium of photography, it has often served as the preoccupation of artists who comment on its various forms in both subtle and direct ways, examining its scientific properties along with its potential for metaphor. Light bears the dual nature of being both a particle and wave. In their images, Roe Ethridge, James Welling, Yosuke Takeda and Rinko Kawauchi examine the relationship of the color spectrum to the refraction of light waves passing through the camera’s lens. While most visible light derives from the sun, the star itself is too brilliant to photograph directly. C.J. Heyliger and Matthew Jensen have sought to capture its image obliquely by photographing its reflection while Tokohiro Sato intermittently flashes a handheld mirror at the sun as he moves slowly through the landscape, creating a path of light that reveals his presence but not his image. Linda Connor created a view of a solar eclipse by printing a 19th century glass plate from the Lick Observatory onto “printing out” paper which is developed in direct sunlight rather than a darkroom, thus using the energy of the sun to make visible its own portrait. Christopher Bucklow’s camera-less photograms utilize thousands of pinhole photographs of the sun to form a radiant portrait of a human subject.

Turning from the sun to its nocturnal counterpart, Olivo Barbieri, Bryan Graf and Jitka Hanzlová contemplate the moon as an alternate, and more mysterious, form of illumination. Lee Friedlander, Kenneth Josephson and Lynn Saville have photographed the light bulb as the meta of light while Tim Davis conflates a neon sign in the shape of a light bulb with the reflection of a sunset in a storefront window. Mitch Epstein’s epic study of cumulus clouds suggests the transcendental nature of light while Mark Steinmetz portrays an adolescent girl standing transfixed in a shaft of light, as if anointed by the divine, her handheld camera pregnant with possibilities.