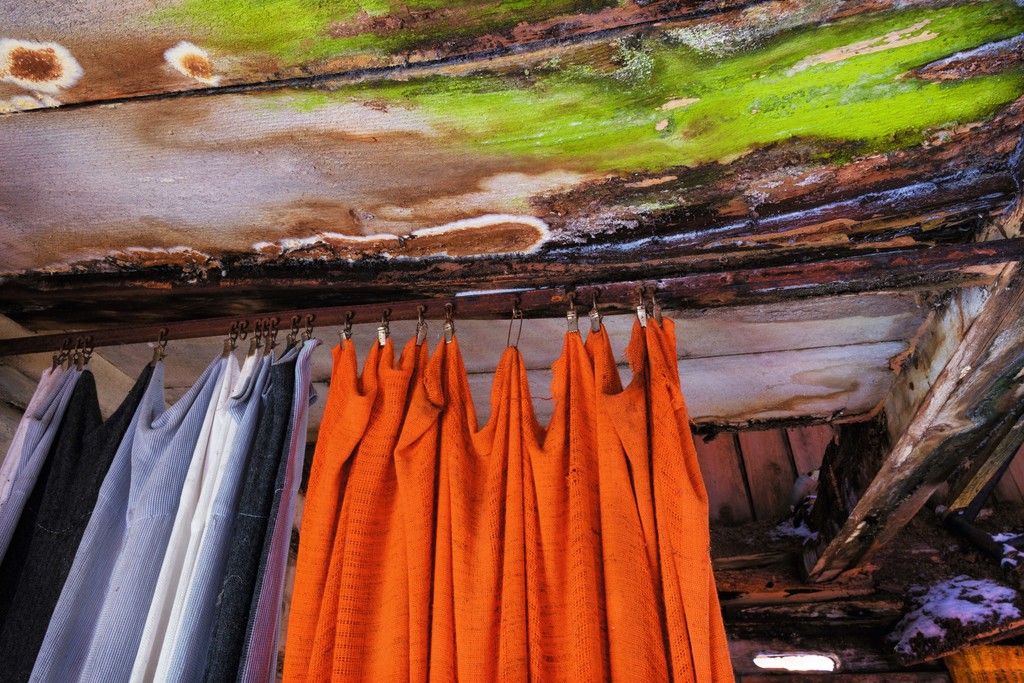 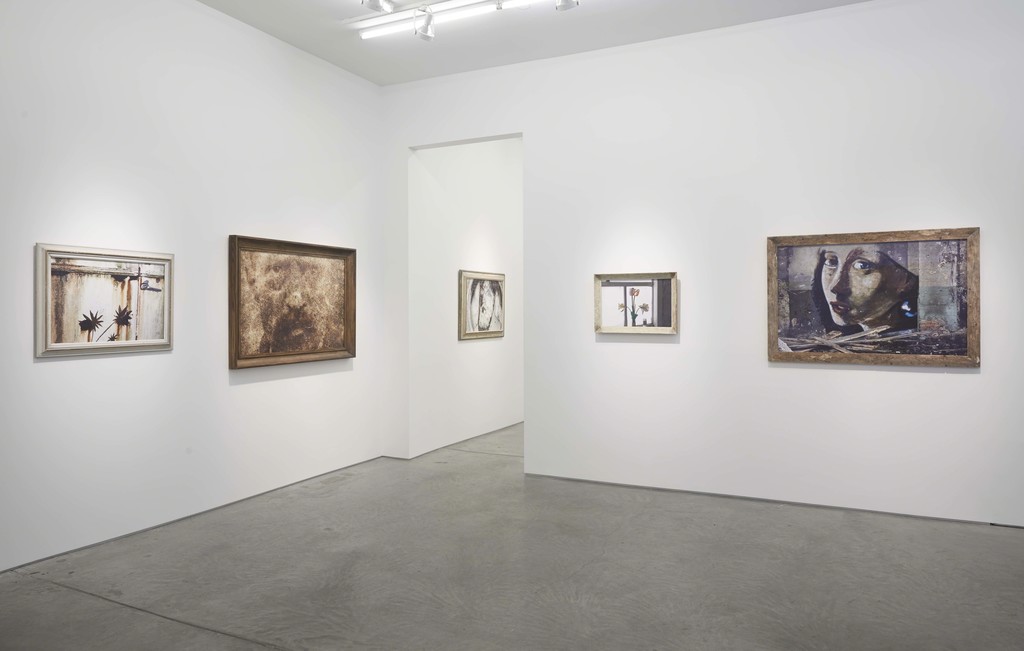 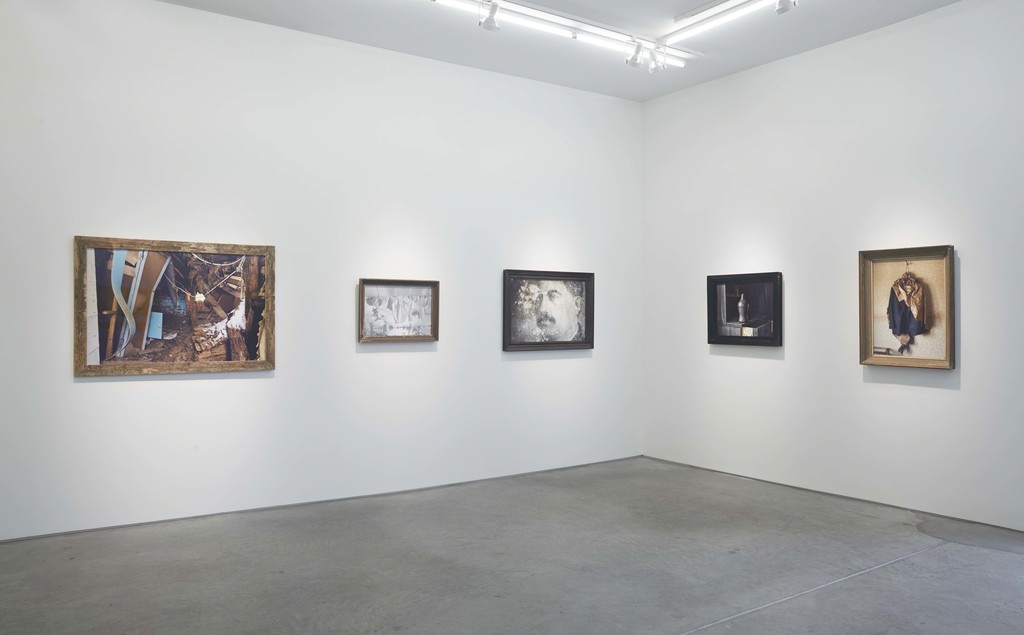 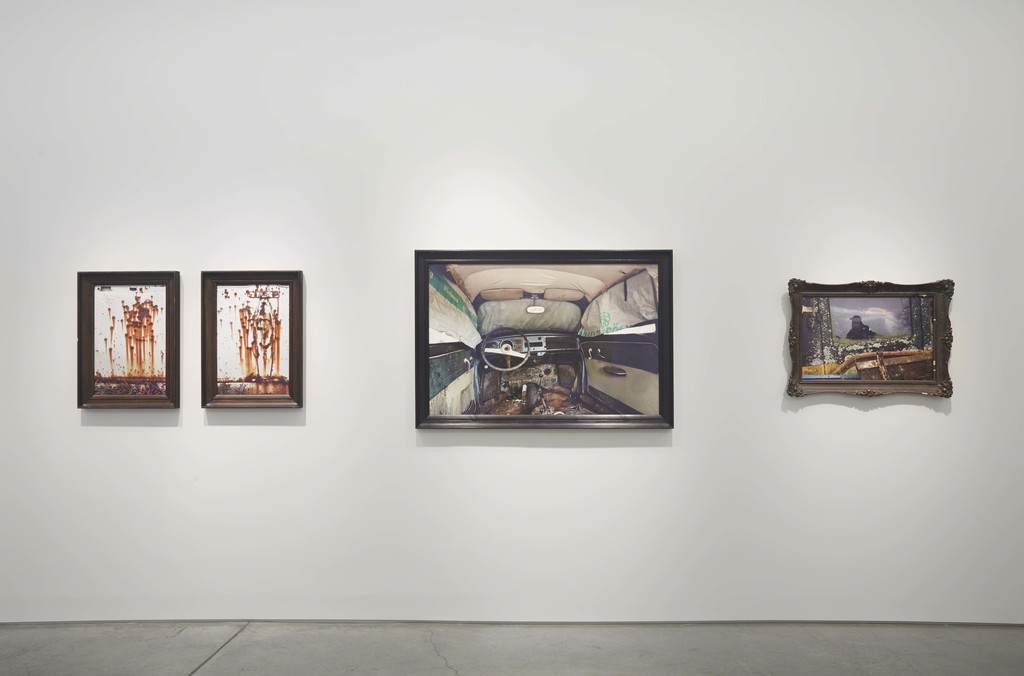 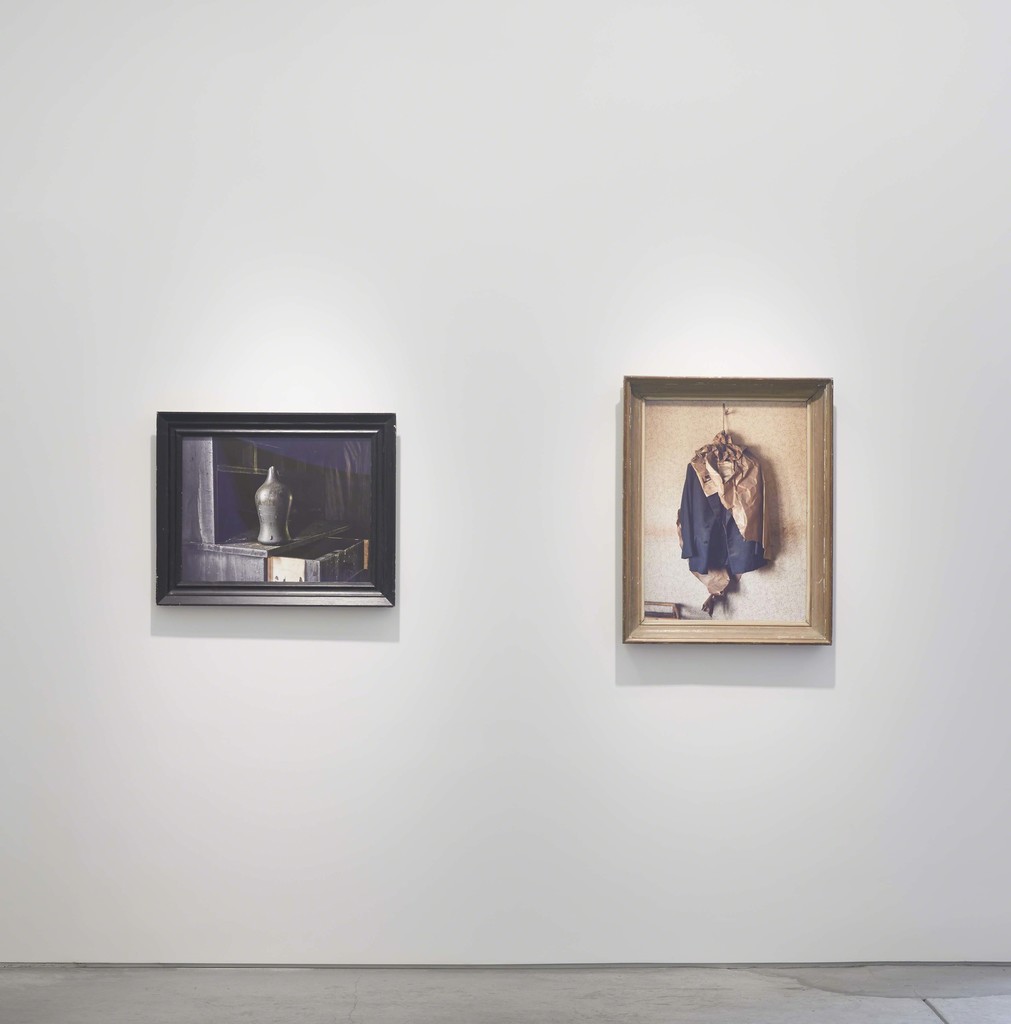 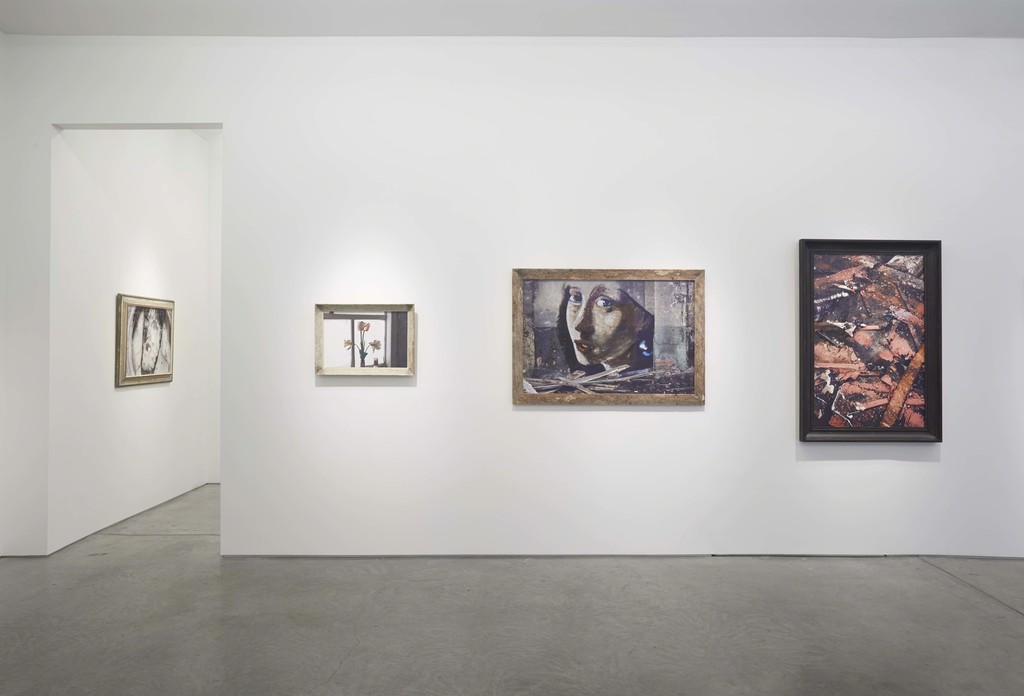 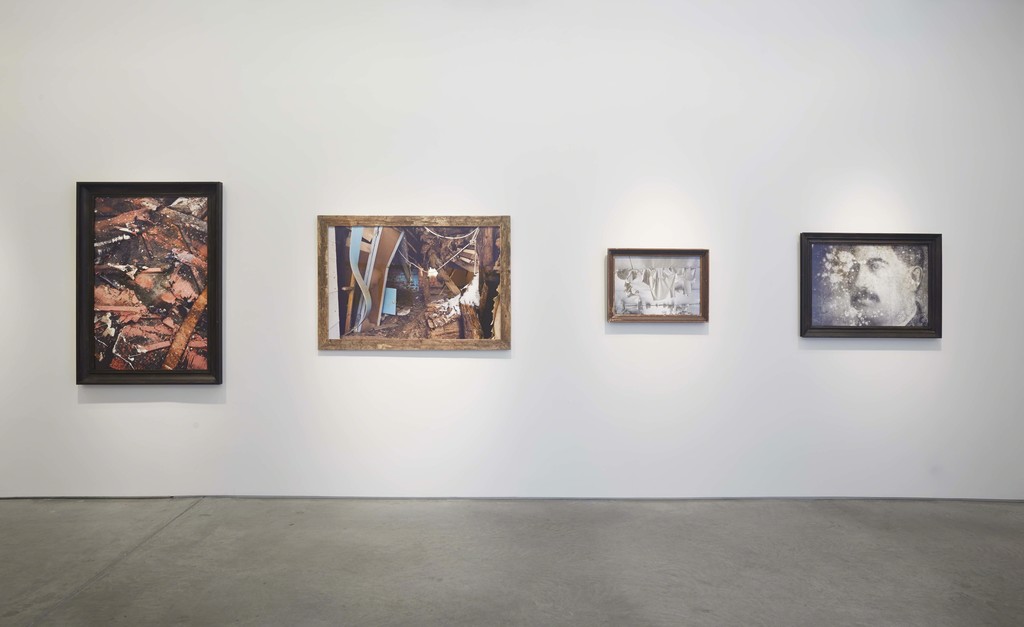 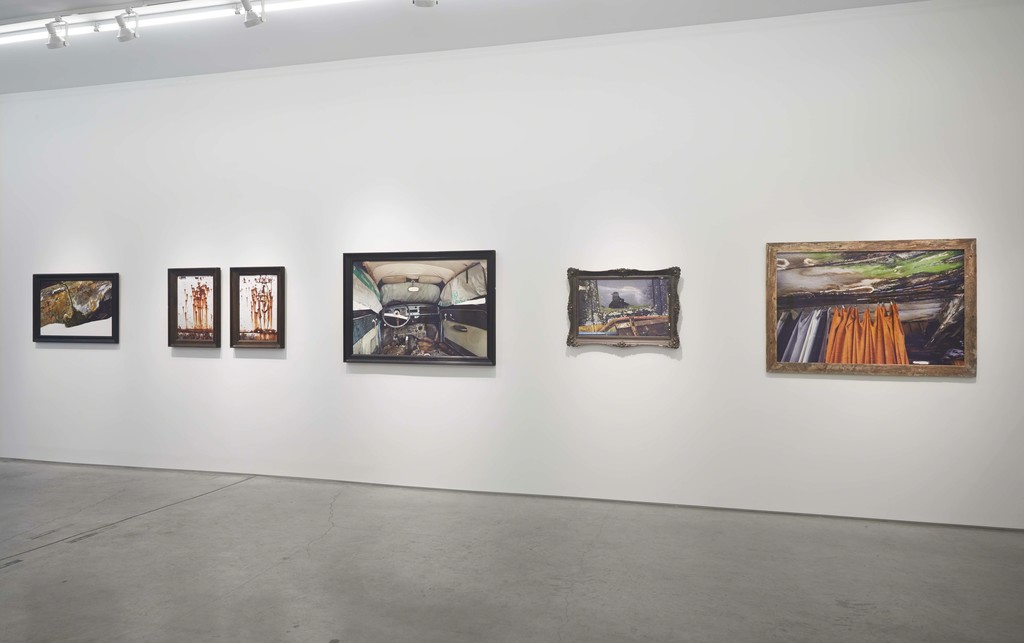 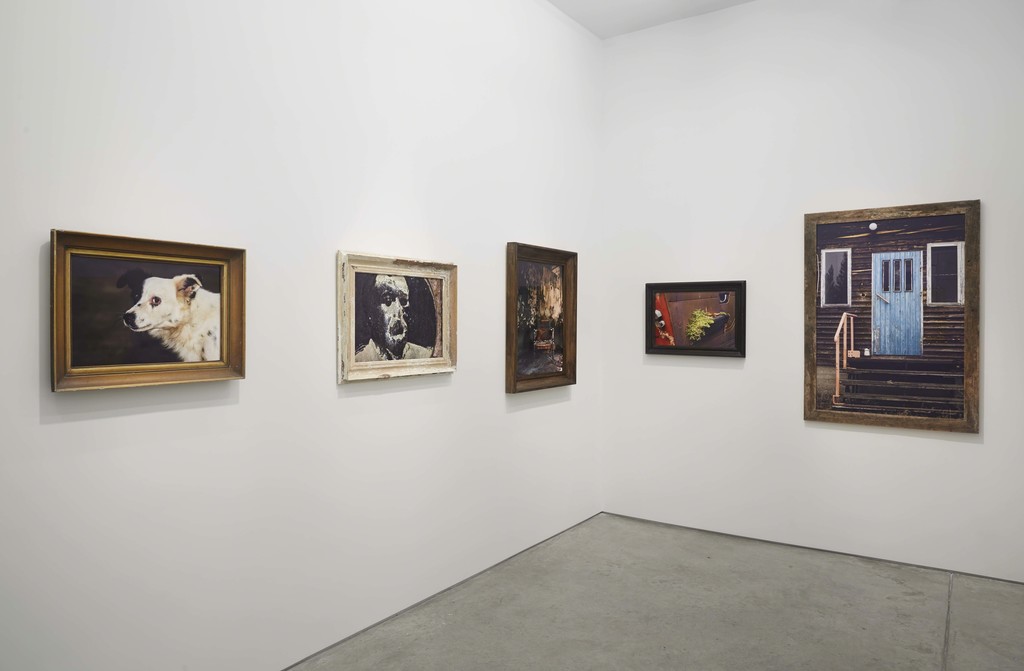 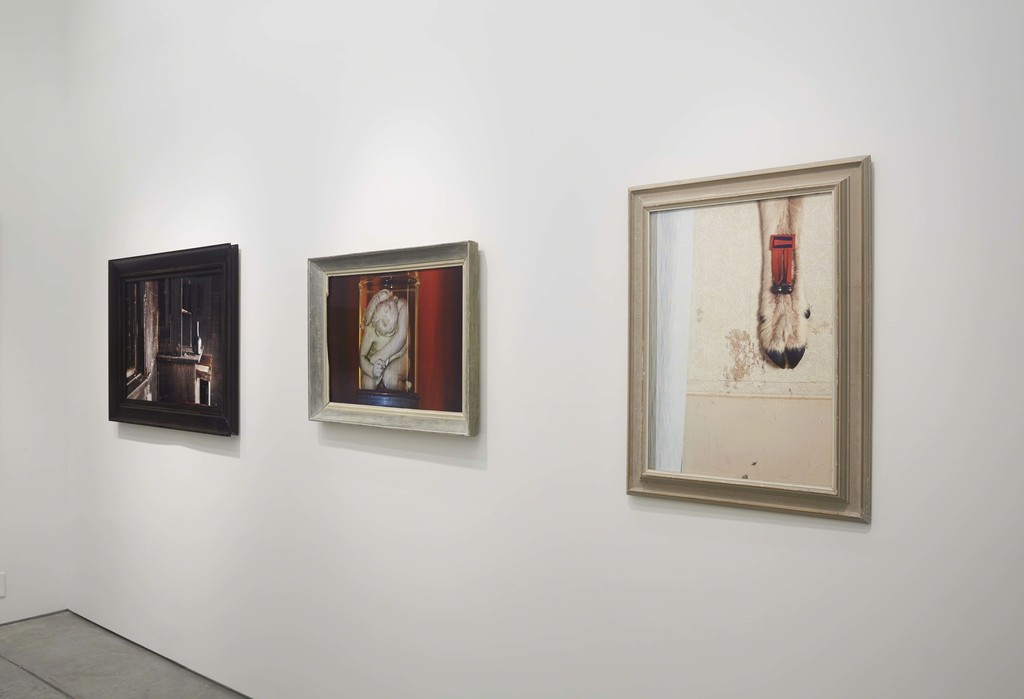 Yancey Richardson is pleased to present Time Flies, a selection of works by Finnish photographer Esko Männikkö, the artist’s fifth exhibition with the gallery. The selection is drawn from the artist’s current traveling museum retrospective, which originated in Finland at the Kunsthalle Helsinki, and will be on view at the Kentucky Museum of Art and Craft (2015) and the Gothenburg Museum of Art (2016). Männikkö was previously the winner of the 2008 Deutsche Börse Photography Prize, the first time a Finnish artist has been recipient of this prestigious award.

As a self-taught artist, Männikkö counts few stylistic precedents or influences, and though his interest in the residue of everyday life is the foundation of his image making, his formalism lends itself to metaphoric or existential modes of interpretation. Time Flies includes a range of images – abandoned cars, cemetery portrait sculpture, discarded family photographs - whose subjects bear witness to the passage of time and serve as a poignant meditation on the inevitable collapse of all material things, human or inanimate. Esko Männikköʼs gallery and museum installations place his photographs abutted together to form a single line through the exhibition space, in a variety of ornate, patinaed frames carefully selected to complement the details or subjects of his images. In the Time Flies retrospective catalog essay, art historian Liz Wells suggests that Männikköʼs imagery moves “from social documentary towards a more expressionist formal aesthetic, and from the more specifically located to a more generalized engagement with the nature of existence.” Wells continues:

“In Männikköʼs vision of the north a polyphony of elements of place and community, brought into relation with each other, testify to the complexities of everyday living circumstances and the extraordinary cacophony of people, animals, material objects, botanical or industrial constituencies, textures and colors with which we are surrounded, even in the most makeshift of circumstances.

The touch of one frame to another operates within the blend yet, through the individuality of the frame, contributes to retaining distinctive thematic and visual textures. As such, Männikköʼs work stands as a clear example of intertextuality, and of the unpredictability of visual references and connections that we might make. It is this that renders his work immediate, memorable and existentially challenging.”

Recognized as Young Artist of the Year in Finland in 1995, Männikkö first gained international prominence with Far North, his portraits of isolated Finnish bachelors who epitomized a kind of loneliness and self-reliance. In 1996, he was awarded an ArtPace residency in San Antonio Texas, where he photographed the residents of two small Mexican-American communities on the US/Mexico border, resulting in the acclaimed series, Mexas. An ongoing series, Organized Freedom, focuses on abandoned houses resulting from rural depopulation throughout northern Finland.

Esko Männikkö has exhibited internationally at the Venice Biennale, the Sao Paolo Biennial, the Yokohama Museum of Art, the Shanghai Museum of Art and the Tate Liverpool. His work is in the permanent collection of the Museum of Contemporary Art, Los Angeles, Foundation Cartier, the Moderna Museet and the Malmo Art Museum, among others. In addition to his current retrospective, he has been the subject of mid-career retrospectives at the Kursaal Art Museum, San Sebastian, Spain and Millesgården Konsthall, Stockholm, Sweden. He has published three books including The Female Pike, which was selected for two compendiums of the most important books in the history of photography.