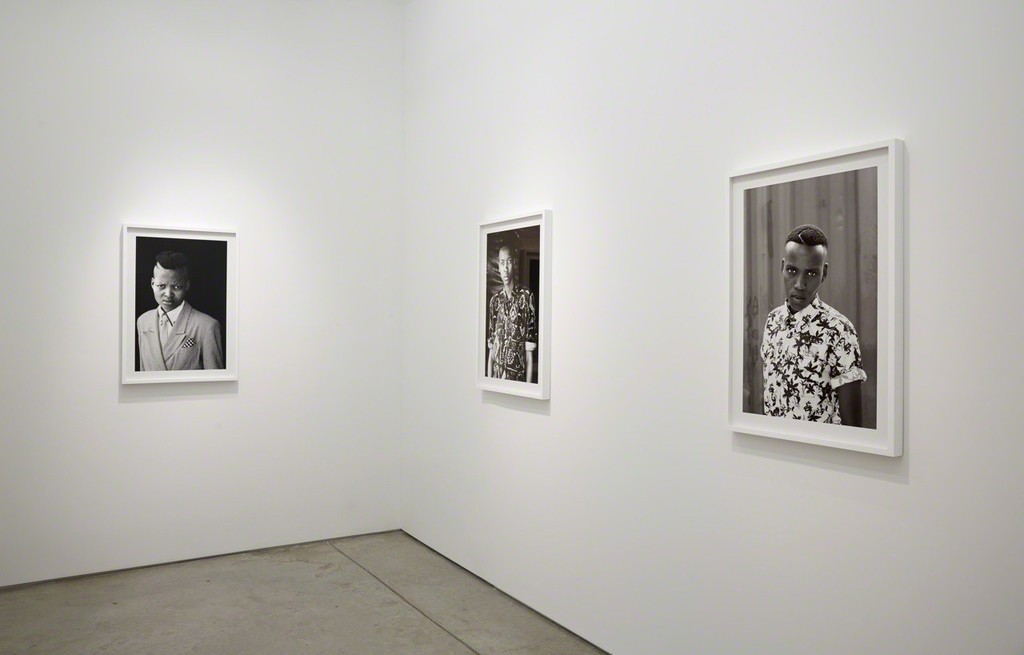 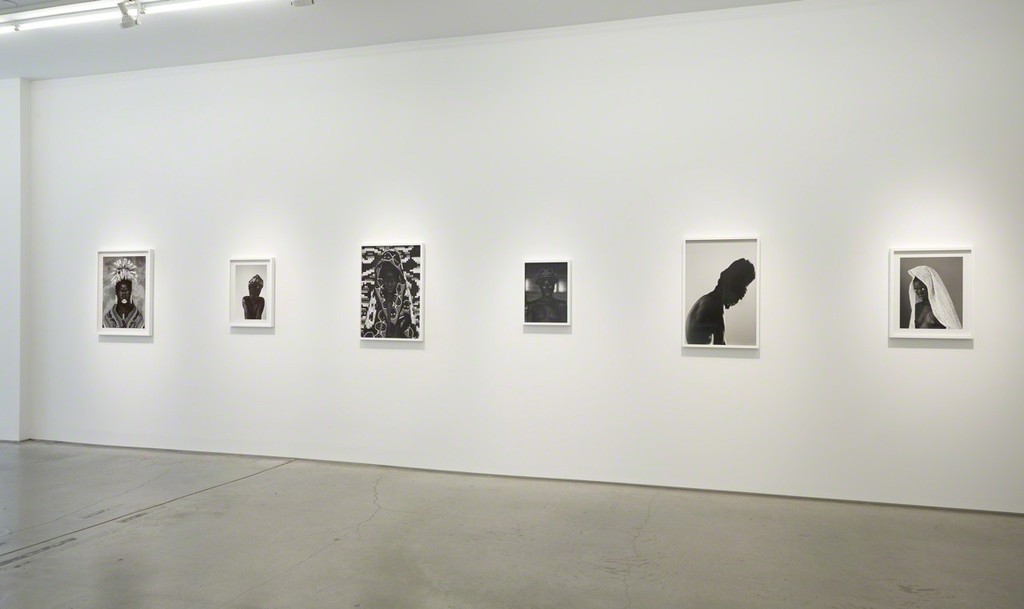 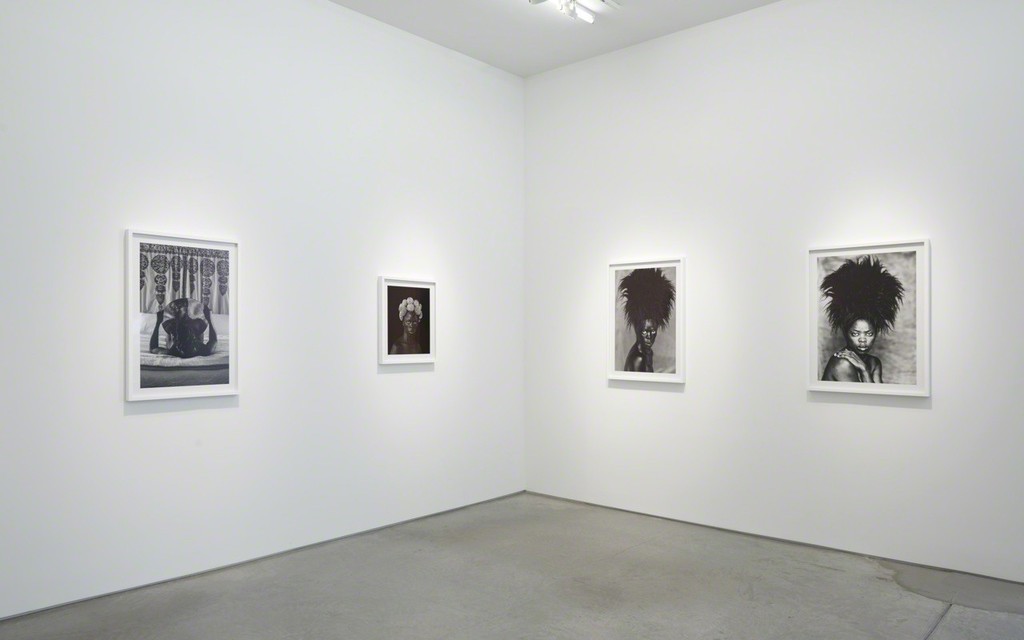 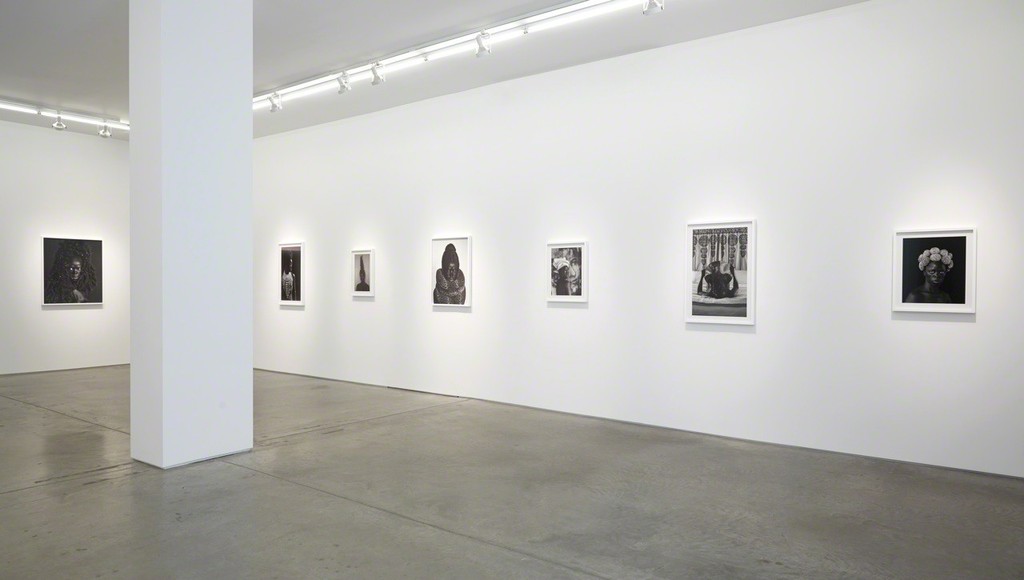 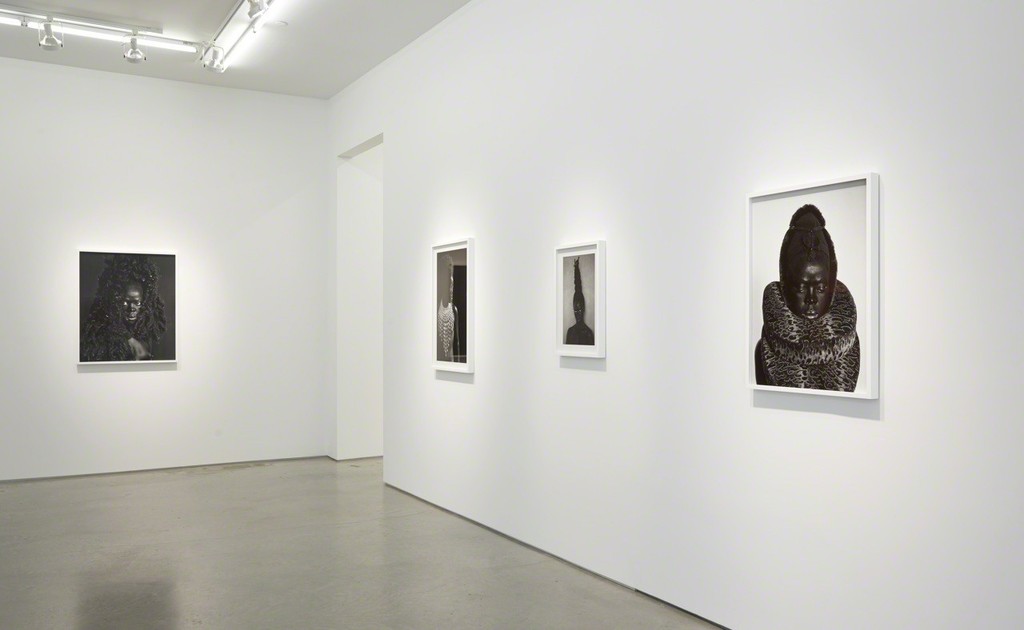 Yancey Richardson Gallery is pleased to present Somnyama Ngonyama, the debut exhibition of self-portraits by South African artist Zanele Muholi and her second solo exhibition at the gallery. Somnyama Ngonyama, meaning “Hail, the Dark Lioness”, represents a newly personal approach taken by Muholi as a visual activist confronting the politics of race and pigment in the photographic archive.

In contrast to her ongoing project Faces and Phases, which documents members of the black LGBTI community in South Africa and beyond, Muholi has now turned the camera on herself to make portraits in which she is both participant and image-maker. Over the last two years Muholi has traveled to Amsterdam, Charlottesville, Durban, Johannesburg, London, Mayotte, Oslo, Paris and New York City, for various engagements relating to her work and dedication to visual activism. It was on these trips that she used found props and simple equipment to rethink the culture of the selfie and the concepts of self-representation and self-definition as evidenced in these portrayals of her mood at the time each image was made.

Inspired by family, friends, society and consumer culture, Muholi experimented with different characters and archetypes, drawing on the performative and expressive language of theatre, and the highly stylized archetype of black and white fashion photography. The exhibition images form part of the ongoing series MaID (My Identity) or, read differently, “maid”, the quotidian name given to black women domestic workers. Individual portraits reference specific events in South Africa’s political history, from the advent of the mining industry to the fame and infamy of the “Black Madonna”, to the recent massacre of miners at Marikana.

A number of photographs are processed and printed to emphasize the blackness of the artist’s skin. As the artist states, “By exaggerating the darkness of my skin tone, I’m reclaiming my blackness, which I feel is continuously performed by the privileged other. My reality is that I do not mimic black; it is my skin and, the experience of being black that is deeply entrenched in me”. At the core of her photographs, Muholi strives to exorcise the culturally dominant images of black women that infiltrate media today.

Zanele Muholi was born in Umlazi, Durban, in 1972, and lives in Johannesburg. She studied photography at the Market Photo Workshop in Newtown, Johannesburg. In 2009 she was the Ida Ely Rubin Artist-in-Residence at the Massachusetts Institute of Technology (MIT). Muholi was included in the 2013 Carnegie International and was awarded the Fine Prize for her work in the exhibition. She is a recipient of the Prince Claus Award. Her work is included in the collections of the Boston Museum of Fine Arts, the Brooklyn Museum, the Carnegie Museum of Art, the Guggenheim Museum, the Museum of Modern Art, New York, the San Francisco Museum of Art, the Tate Modern, London, the Victoria and Albert Museum, London and others. The first part of the Faces and Phases series was published by Prestel in 2010. The whole body of work to date was published by Steidl in 2014. Her solo exhibition, Isibonelo/ Evidence, is currently on view at the Brooklyn Museum through November 1st.