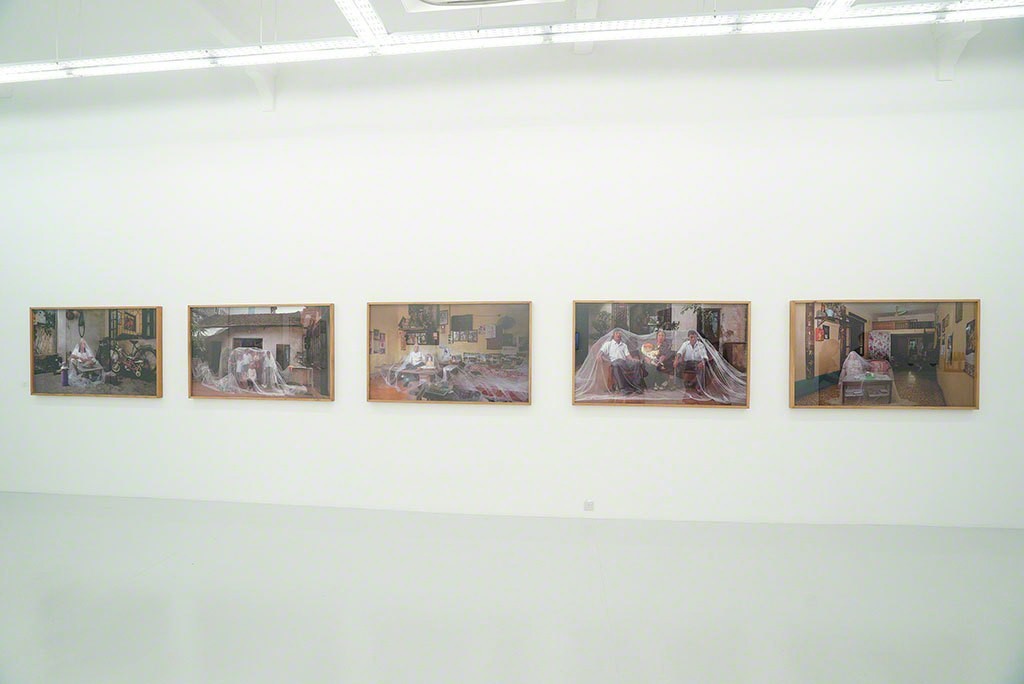 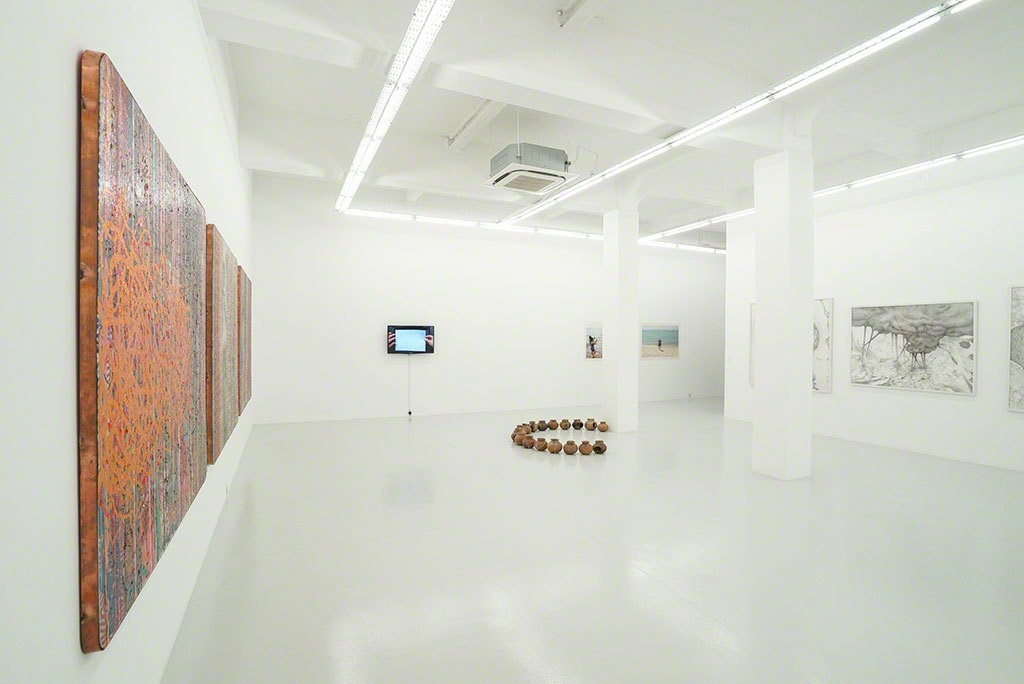 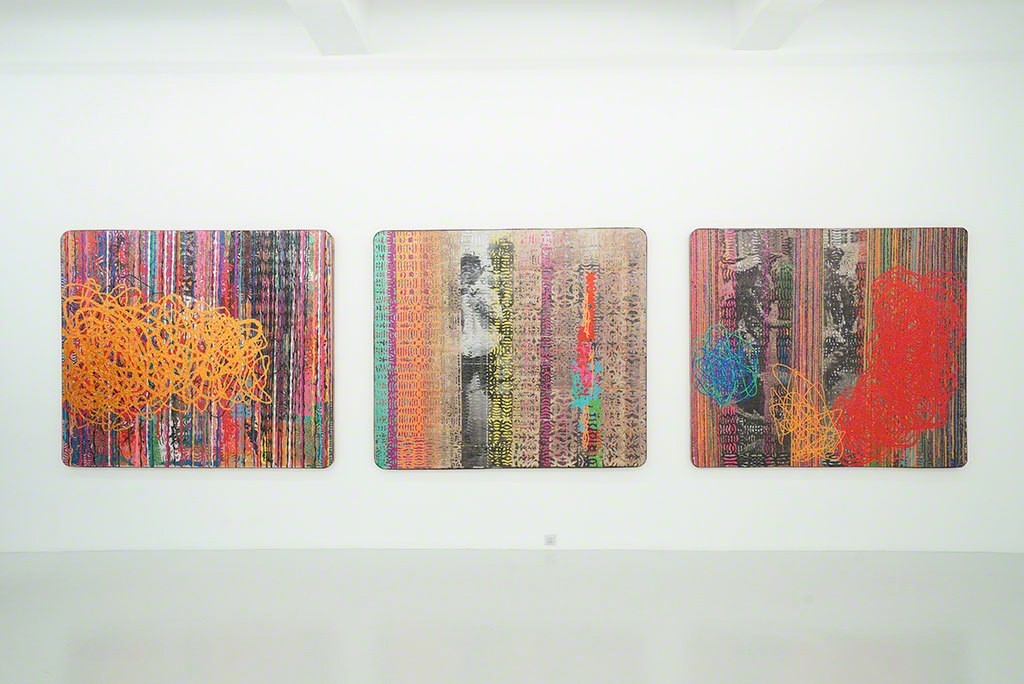 Yavuz Gallery is pleased to present And That Which Was Always Known, a group exhibition of six locally significant and internationally acclaimed artists living and working in Cambodia, Thailand and Vietnam.
The exhibition and accompanying catalogue proposes a consideration of artistic practices that reflect the historical continuities, inherited legacies and accumulated pasts that underlie the contemporary, on both personal and collective levels. This view of artists’ work serves as a counterpoint to dominant narratives that emphasize the rapid transformations and cultural ruptures in Southeast Asia, with the effect of obscuring important continuities; or conversely that focus on ancient traditions, and thus tend to disavow the dynamism of cultures. In And That Which Was Always Known, it is the span of an artist’s lifetime that is taken as the defining temporality for understanding recent practices in the region.

Encompassing collage and textile works, photography, video, documented performance and installation, the exhibition foregrounds the diversity of approaches by which artists make sense of their world.

The artists joining the exhibition are respected as leading figures in their local contexts, and all have also exhibited in prestigious galleries, museums and biennales in Asia and internationally. These six artists are exhibiting at Yavuz Gallery for the first time in And That Which Was Always Known.

Khvay Samnang (Cambodia), a finalist in the Prudential Eye Awards 2015 and currently artist-in- residence at Berlin’s Kunstlerhaus Bethanien, was one of the highlights of the last Singapore Biennale. At Yavuz Gallery he will exhibit for the first time a major new video and participatory installation titled Enjoy My Sand, which includes footage of a performance by the artist on Singapore’s East Coast beach. Much of the sand on this beach and elsewhere in Singapore’s expanding coastline is imported from Cambodia, where unregulated mining of sand causes grave environmental and human degradation. Khvay’s premiere at Yavuz Gallery is ahead of a solo exhibition at the Jeu De Paume museum in Paris in June 2015.

Phan Quang (Vietnam), who exhibited in the 2014 Fukuoka Asian Art Triennale, is currently undertaking a residency in New York City awarded to him by the Asian Cultural Council. At Yavuz Gallery he will exhibit for the first time a haunting series of photographs titled Native Country, which depicts families of Japanese who have been living in Vietnam since Japan’s military occupation of this and many neighbouring nations during the Second World War.

Thasnai Sethaseree (Thailand) has for two decades been widely known as a leading figure in the field of relational and conceptual practices. His turn to painting recently premiered at the prestigious Yerba Buena Center for the Arts in San Francisco as part of a project organized by Rirkrit Tiravanija. Sethaseree has previously exhibited in the acclaimed Utopia Station as part of the 50th Venice Biennale, as well as at the Queens Museum of Art in New York City, the Seoul Museum of Contemporary Art, and the Museum of Contemporary Art and Design in Manila. At Yavuz Gallery, he will exhibit for the first time a series of optically layered paintings that draw on design motifs unique to the Lanna culture of northern Thailand, as well as on archival photographs of political violence and upheaval in the country.

Chan Dany (Cambodia) works with imagery derived from design motifs found in the temples of Angkor, transformed through the artist’s use of synthetic materials that have only become available in Cambodia in recent years. Chan’s work has been exhibited at the Bangkok Art and Culture Centre, the Ifa Gallery in Berlin and Stuttgart, and at the Ke Center for Contemporary Art in Shanghai, in an exhibition curated by Biljana Ciric. At Yavuz Gallery he shows for the first time a new series of circular textile pieces adorned with dazzling sequins and beads.

Amy Lee Sanford was born in Cambodia and is currently based in New York City. She has performed at the PSi #19: Now Then: Performance and Temporality conference at Stanford University, and recently completed residencies in Australia and the United States. Sanford’s work is based in deeply personal processes relating to the aftermath of war in Cambodia. At Yavuz Gallery, she will exhibit an extended video of a durational performance in which the artist documents hundreds of letters that her father sent to her adopted mother before he was murdered by the Khmer Rouge regime in 1975. The video will be accompanied by Full Circle (Arc of Six Pots), a series of sculptures made during another durational performance, in which the artist broke and then meticulously repaired clay pots made in the Cambodian village where her father was born.

Yim Maline (Cambodia) recently completed a residency at Bose Pacia in New York City, in which she explored difficult memories from her childhood spent in a period of lingering civil war in Cambodia, near the border of Thailand. At Yavuz Gallery, she will show for the first time a new series of delicately detailed drawings that explore the line between abstraction and figuration in conveying the artist’s emotional transition between experiences of imprisonment and freedom.

The exhibition is curated by Roger Nelson, an independent curator based in Phnom Penh. Nelson has presented exhibitions and other discursive projects in Australia, Cambodia, Thailand, Vietnam and the United Kingdom; his curatorial practice is based in rigorous research, and close and continuing dialogue with artists. His writing on contemporary art in Southeast Asia is published internationally, including in ArtAsiaPacific and Randian, as well as in academic journals including Contemporaneity: Historical Presence in Visual Culture and Udaya: Journal of Khmer Studies. In 2015-16 he joins Ambitious Alignments: New Histories of Southeast Asian Art, a research initiative of the Getty Foundation with partnering institutions including the National Gallery of Singapore. Nelson is a PhD candidate at the University of Melbourne, and has previously authored a catalogue essay for Cold Cuts, Pinaree Sanpitak’s 2014 solo exhibition at Yavuz Gallery.