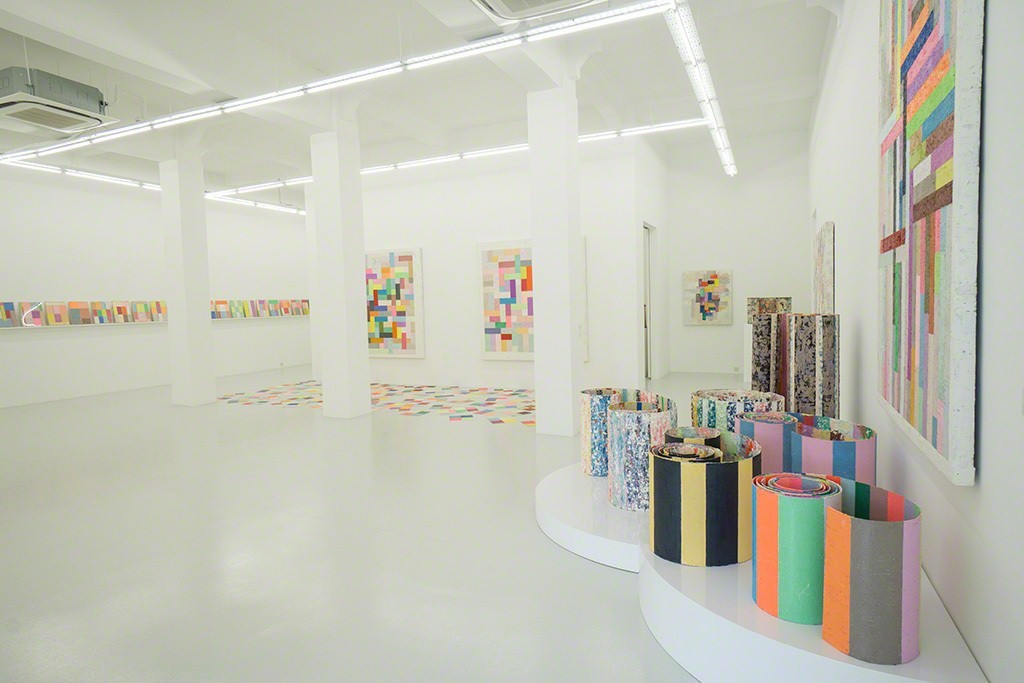 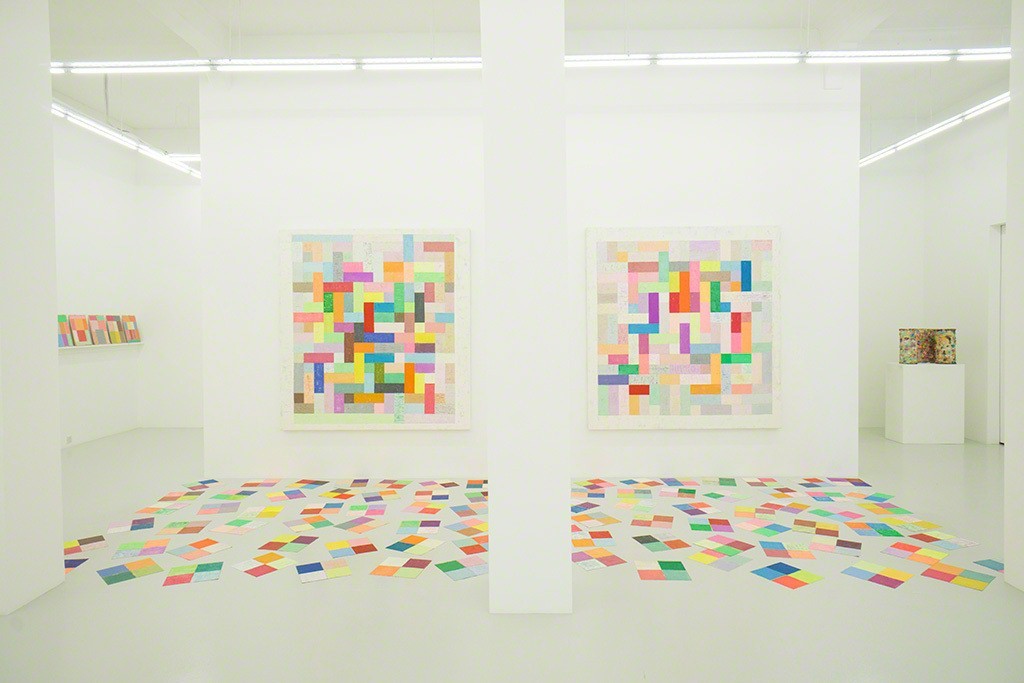 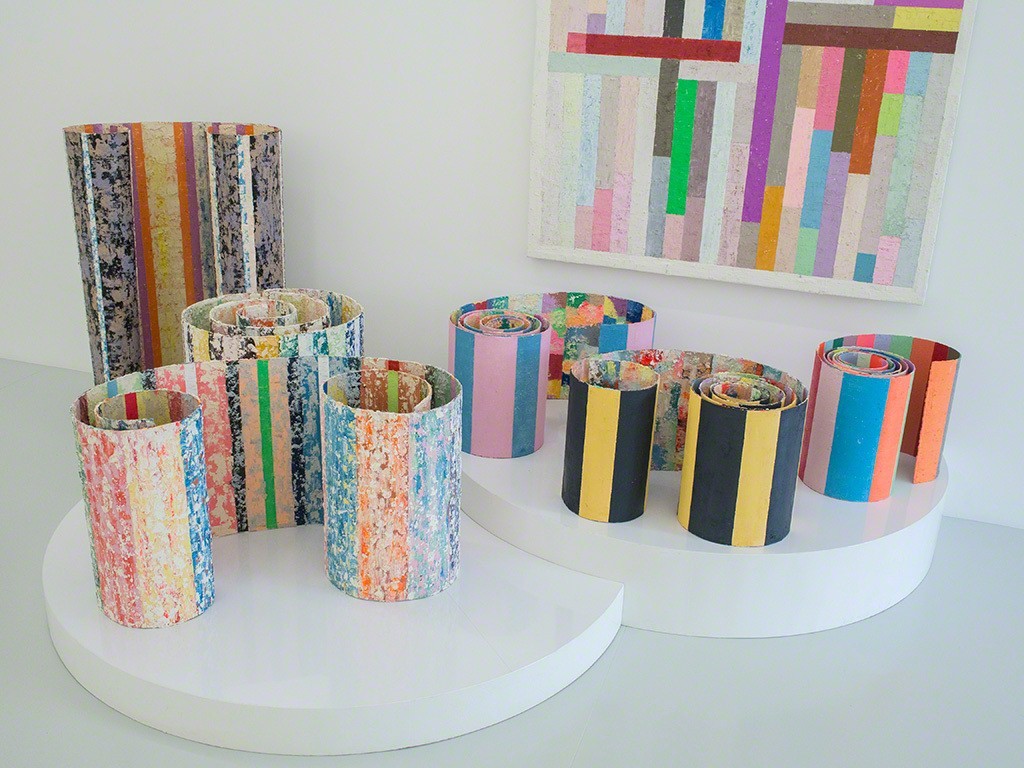 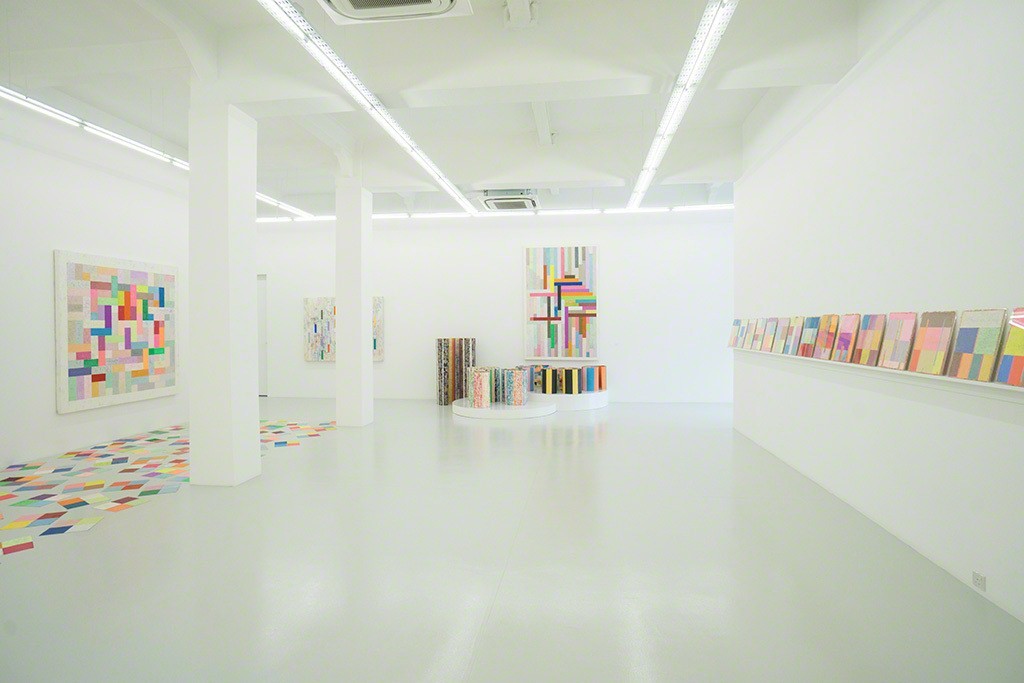 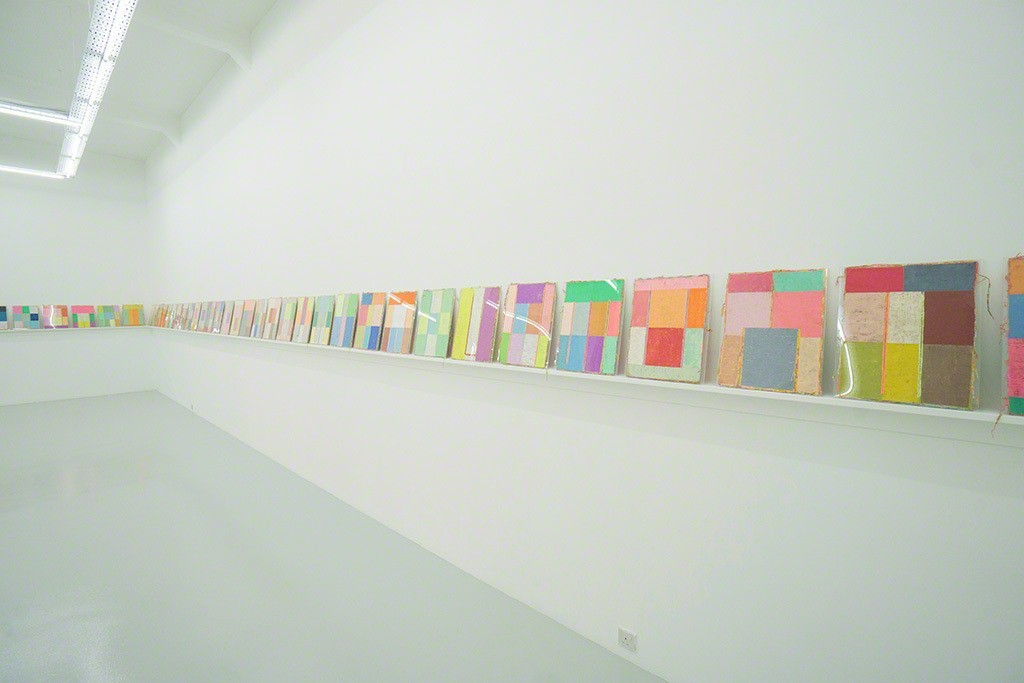 Yavuz Gallery is proud to present Mit Jai Inn in his first solo exhibition in Singapore. Entitled Patchworlds, the show comprises a series of iconic works, many exhibited for the first time in Singapore, and new paintings created for the exhibition. In form and function, the works on view in Patchworlds exemplify Mit's decidedly unorthodox approach to art.

Based in Chiang Mai in Northern Thailand, Mit Jai Inn (b. 1960) is a seminal figure in Thai contemporary art. In the late 1980s, he lived in Vienna, Austria, where he studied at the University of Applied Arts and worked in the studio of renowned abstract artist Franz West. Upon his return to Thailand in 1992, Mit co-founded the Chiang Mai Social Installation, an art project and festival that moved art out of its traditional institutional and commercial confines and onto the city's streets, with an emphasis on the public and the participatory.

This participatory and communal ethos continues into Mit's present practice. Some of the works exhibited in Patchworlds welcome the interpretation and intervention of the viewer. Untitled (Patchworks) (2000) is made up of over 100 component pieces of unstretched canvas measuring 30.5 x 30.5cm. Each piece is geometrically divided into four coloured squares, and carefully cut to create gaps and flaps that allow the works to be folded, bent and shaped. Painted on both sides in Mit's signature palette of bright neon and pastel hues, the thickly applied oil paint gives the final works an almost sculptural hardness. This flexibility allows Patchworks to be laid out according to the demands of the space – laid flat, leaning or folded to sit against a wall, or in stacks for viewers to rifle through – with Mit relinquishing control almost entirely to the gallerists and curators.

Similar is Mit's series of Dreamworks (2000) paintings. Like Patchworks, these small, colourful works are painted on both sides in smaller geometric units. The Dreamworks paintings resemble Buddhist prayer flags, rectangular in shape and with deliberately frayed edges coated in clumps of oil paint. Yet Mit denies that these works are necessarily Buddhist, leaving interpretation up to the viewer.

Also on view will be a series of large-scale works, including standing scrolls and new oil paintings exhibited for the first time. To create his standing signature scroll works, Mit coats meters of unstretched canvas in thick layers of oil paint, and rolls the final works into scrolls able to stand on their own. As with his smaller works, he allows the paintings to be displayed in various ways, tightly rolled or partially open, easily changed as the show goes on. In his abstract, geometric paintings, the paint is visibly pushed and scraped, with richly textured colours and surfaces that literally extend beyond the borders of the canvas. These works are simultaneously paintings and sculptures and, like the artist behind them, deliberately deny easy categorisation.