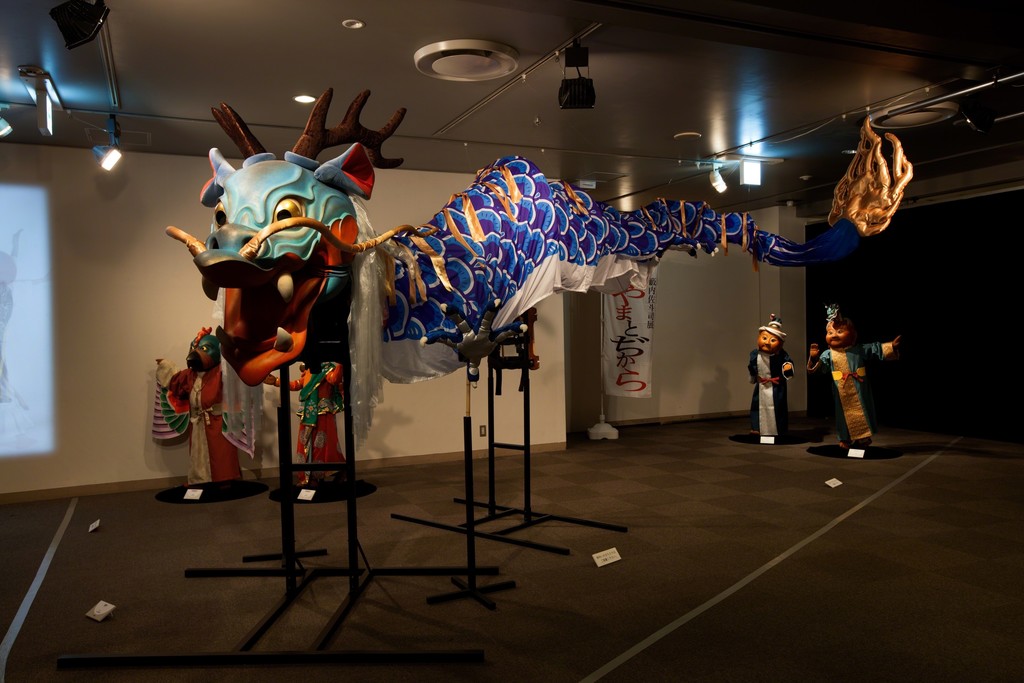 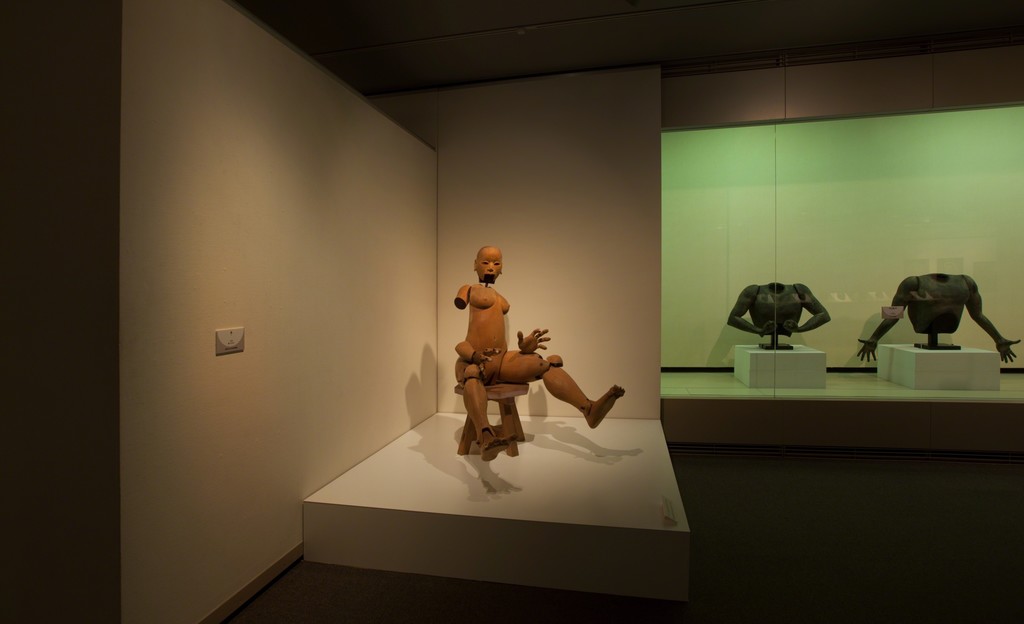 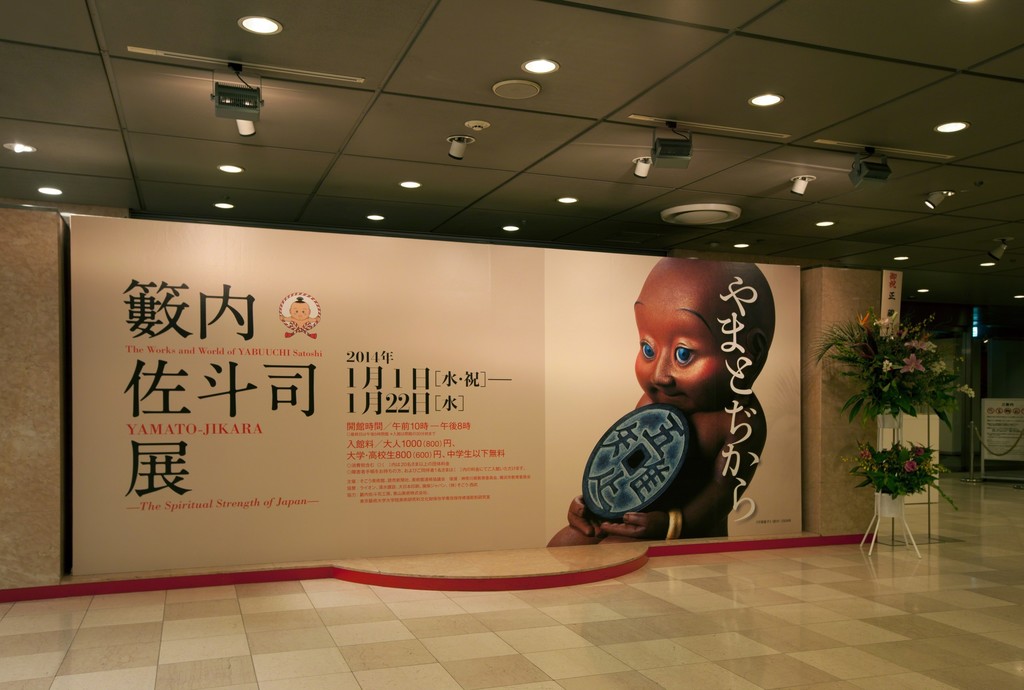 I was twenty-six years old in 1979 when I held my first solo exhibition, entitled "Kiguri"(wood curving), at a small rental gallery in the kanda district of Tokyo that now no longer exists. More than thirty years have passed since then and to my surprise, I found myself approaching my sixtieth birthday.

My first exhibition consisted of wooden sculpture of women and babies, carved from Japanese cypress that took the form of mechanical figures. The dual theme of this exhibition was the "body", that forms the vessel worn by living begins, and the "heart" that controls it ; looking back now. I realize that this has formed the basic framework of my work for the last thirty- five years that can still be discerned in this exhibition.

Later, I expressed the theme of the "body" through the Inochi-no-yoroi(Armor of life) series, while the "heart" developed into my doji(children) series. In addition to these, a desire to capture a single moment int time through sculpture led me to create th Inu mo arukeba...(If a Dog Walks) series, in which movement is expressed like frames in movie, and this in turn led to the establishment of Heisei Gigaku Troup of masked dancers in 2010.

During my late twenties I became involved in the restoration of old Buddhist statues and in addition to teaching me traditional sculpture techniques, it also led me to become interested in the Asian view of life and death that forms the origin of the yamato-gokoro, or "Heart of Japan", that was nurtured and protected by our ancestors, as well as the Buddhist worldview, these providing me with new seeds of creativity.

While preparing this exhibition, I looked through the huge collection images I have of my old works, each of them bringing back memories of what I was thinking at the time or of people I came into contact with through a particular piece, and I was deeply moved. It is with a feeling of gratitude towards all the people I have met over the years that I work on this exhibition.

The reason why i choose"Yamato-jikara"as theme for this exhibition is that the modern nation state, that the Japanese people worked so assiduously to create since 1945, was brought crashing down by the great earthquake of March 11, 2011. and I feel strongly that from that day, we have entered a period of regeneration during which we have to rebuild a new country. However, I am convinced that instead of relying on the philosophies borrowed from the West during the modernization of the country, we should instead turn to the wisdon and energy passed down to us from our forebears, what can be called Yamato-jikara, the "spiritual strength of Japan", in order to archive our goal.

During the confusion created by the great earthquake, we artists were powerless to help, but I believe that as we prepare to create a new age, with new values, the relevance of artists will be put to the test. This exhibition has been produced as an expression of respect towards the culture created by our ancestors and with a feeling of anticipation regarding the future of the country.