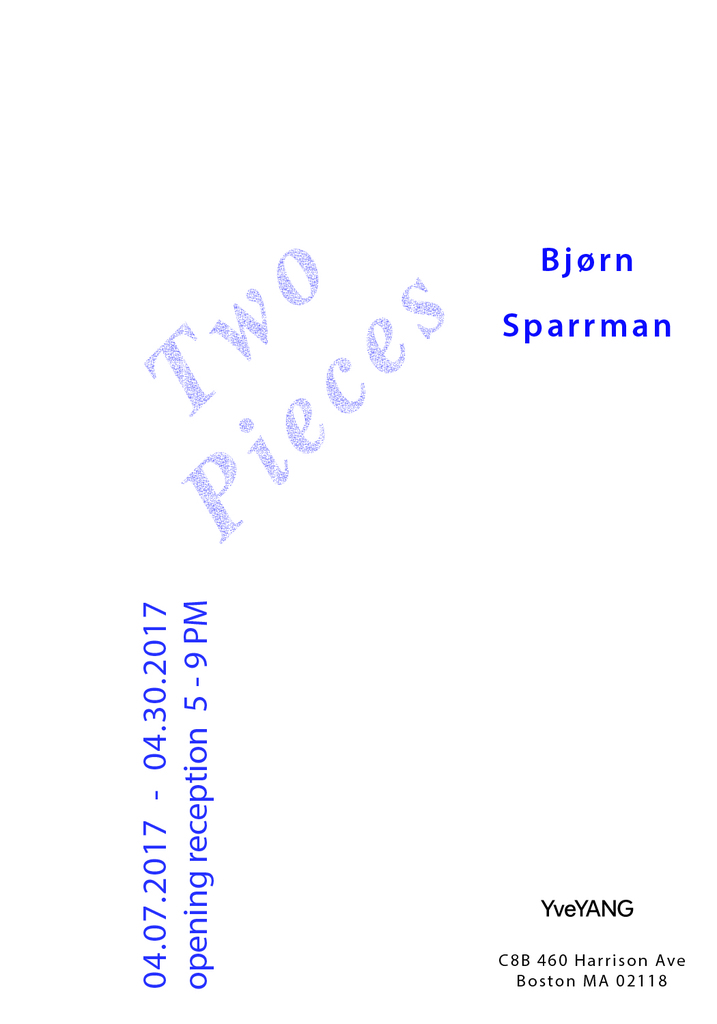 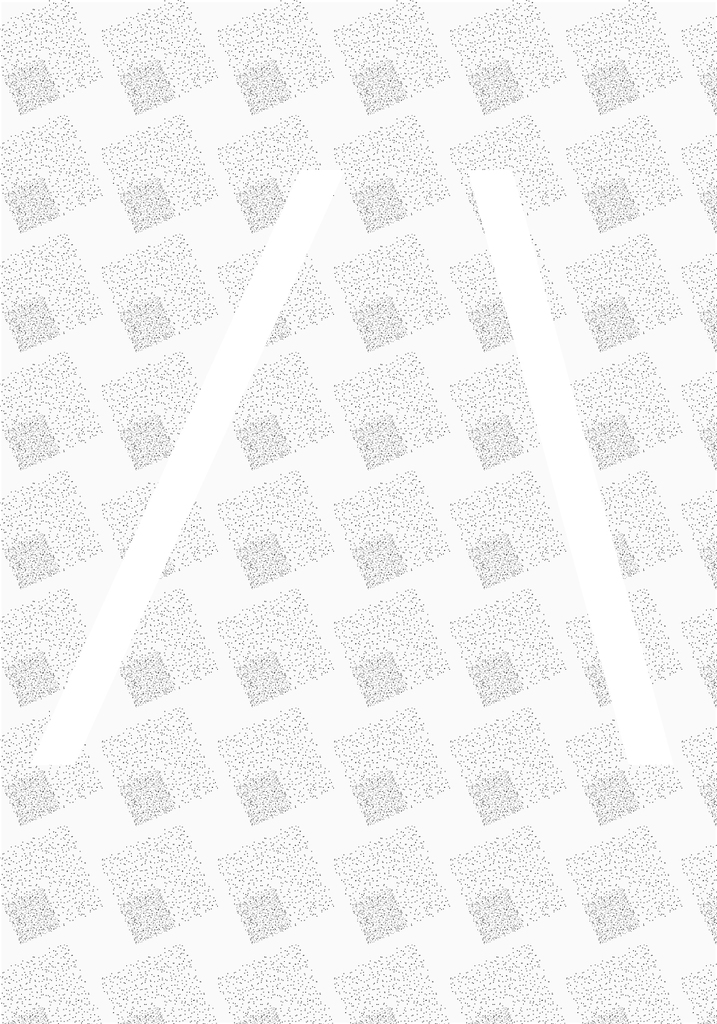 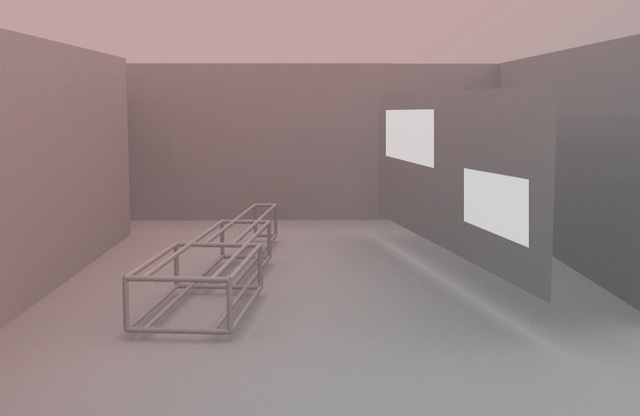 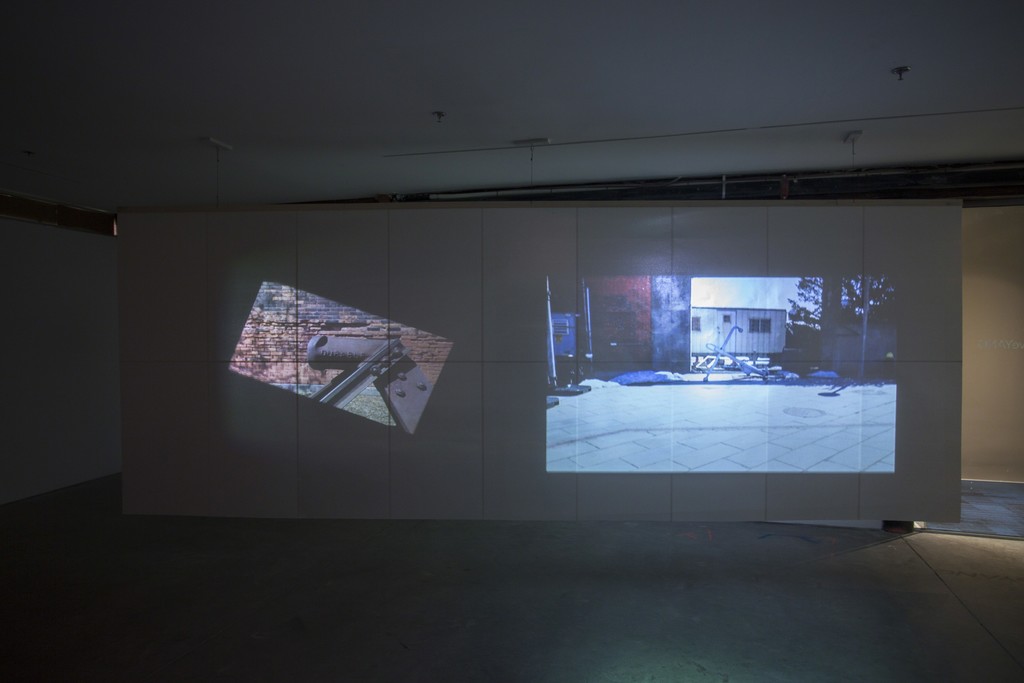 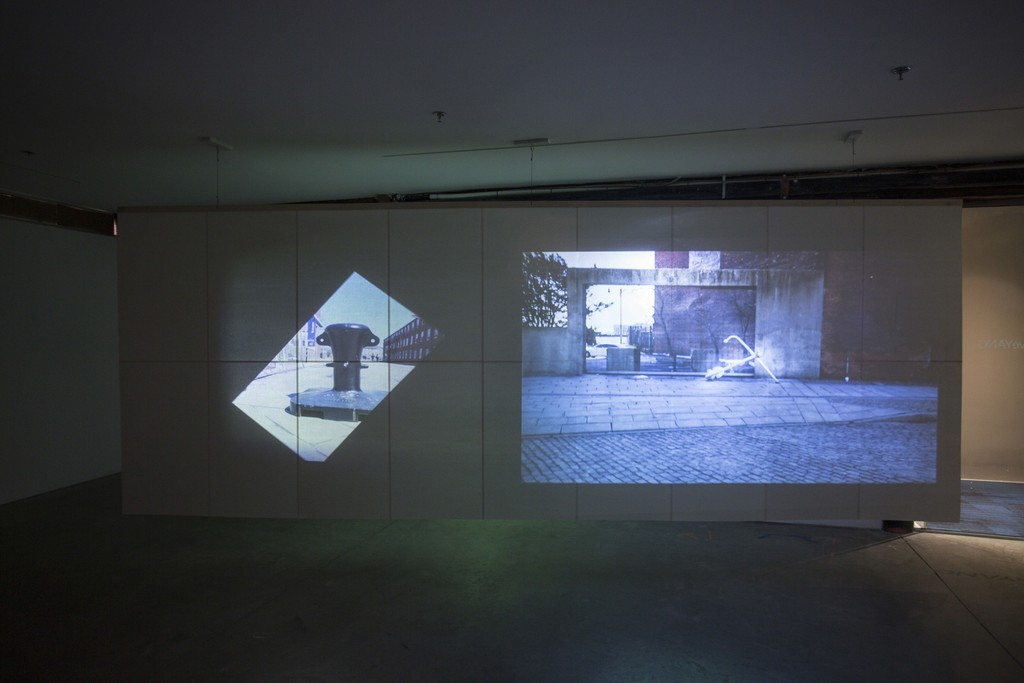 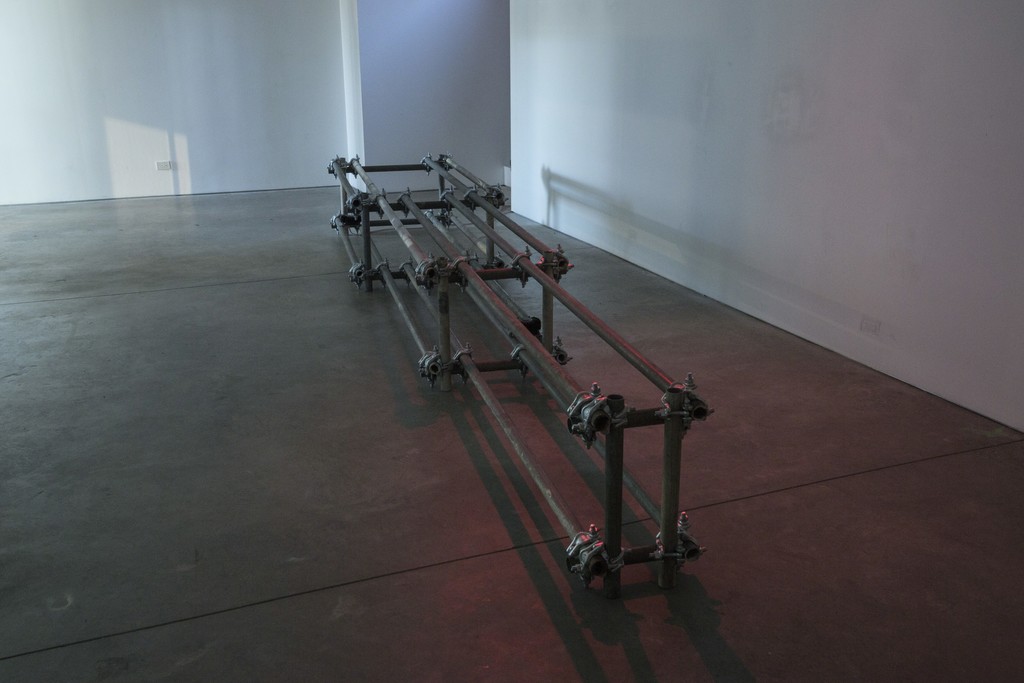 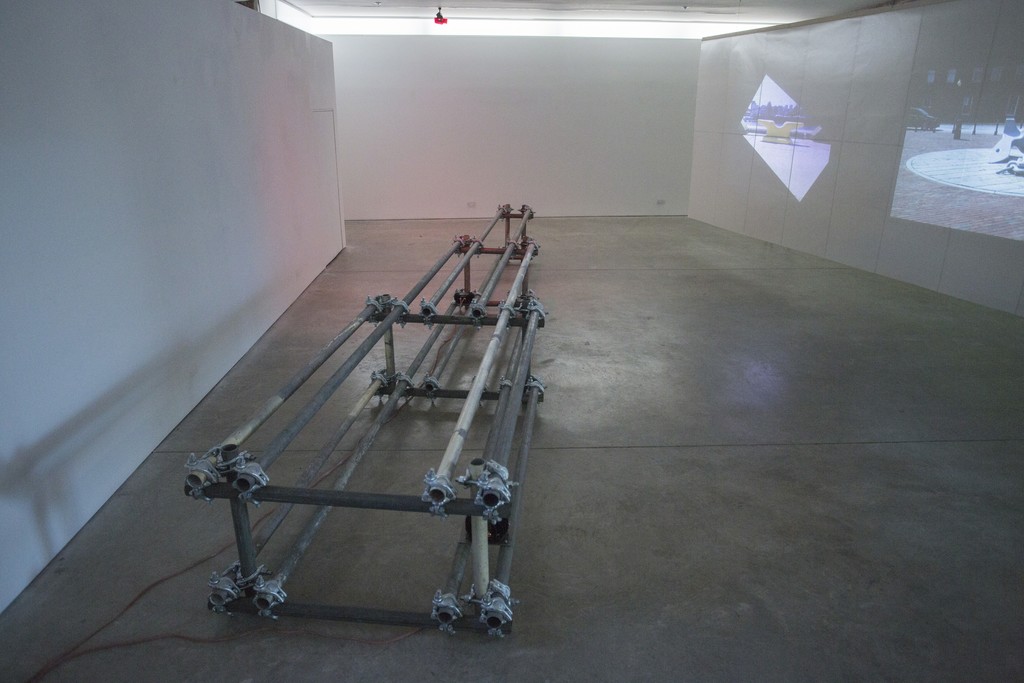 Two Pieces will feature two pieces side by side at Yve YANG Gallery. Exhibition dates are from April 7th through April 30th, 2017. The opening reception will be on Friday, April 7th, 5pm to 9pm.

Stability is the net zero-sum of motion. Stability is attributed to things. Instability conveys meaning. The two works presented invert the ways in which we rely on stability and expect instability.

In The Sculpture Makes the Viewer Revolve Around Itself, a handheld camera focuses on various objects. Projected on a thin sheet of stone, the image is stabilized such that the subject of the video remains fixed on the screen. The frame jumps around as is must to accommodate the filmmaker’s hand.

The second piece, Image of the City, consists of construction scaffolding arranged in a grid. Low frequency transducers animate the structure with inaudible vibrations derived from the sounds of animals and conversations. From a distance the structure is completely still and quiet. Only when touched sat on is the structure found to vibrate.

Sparrman produces works in video and sculpture that leverage the threshold between ideas and materials. He does so in moments of hypnotic film and by specializing the experiences of objects and images. In the case of the works presented in Two Pieces, he searches for the sublime ignorant moment before perceptions become cemented as beliefs.

About the Artist:
Bjørn Sparrman (b.1989, US) lives and works in Cambridge, Massachusetts. He received his BFA from Calvin College in 2012 and his Masters of Science in Art, Culture and Technology from Massachusetts Institute of Technology in 2016. He is currently a research specialist at the Self-Assembly Lab at MIT. As recipient of the ArtPrize 2014 Pitchnight grant, he exhibited his large public work, The Grand River Checkpoint Project, during the citywide festival in Grand Rapids, Michigan.