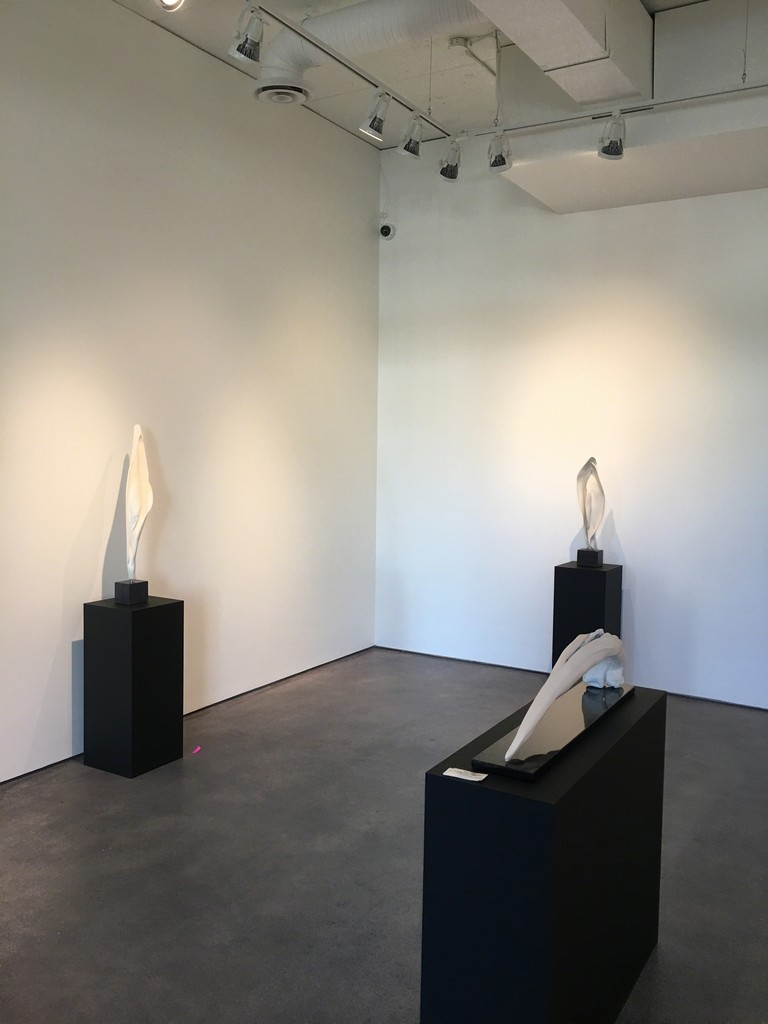 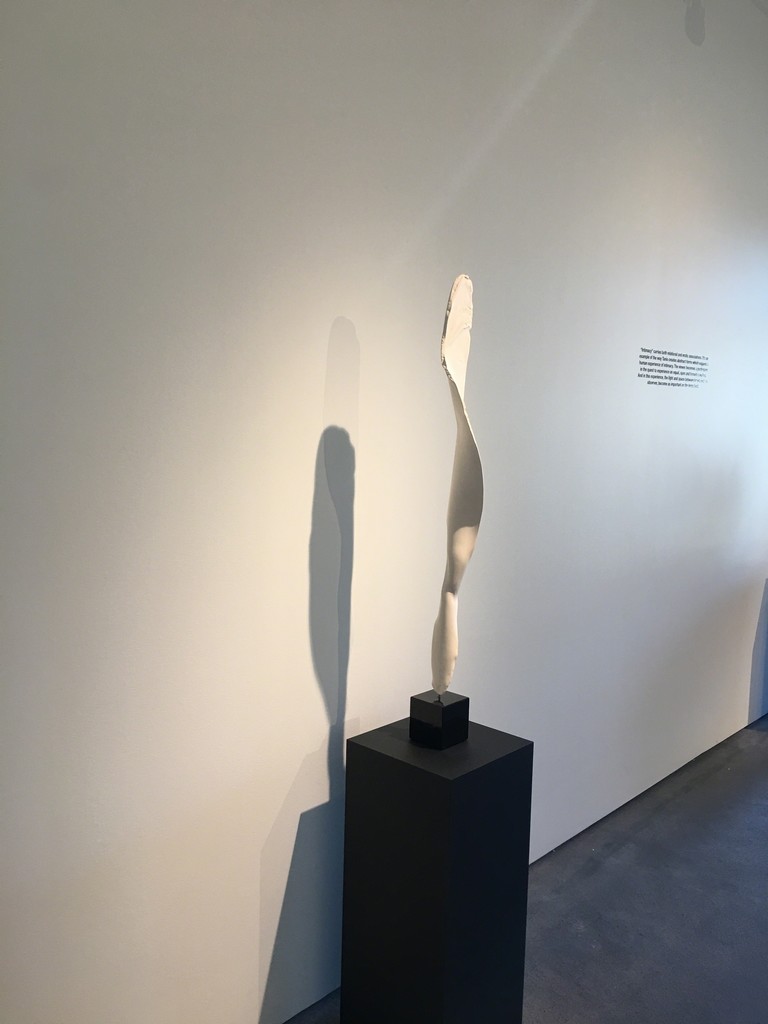 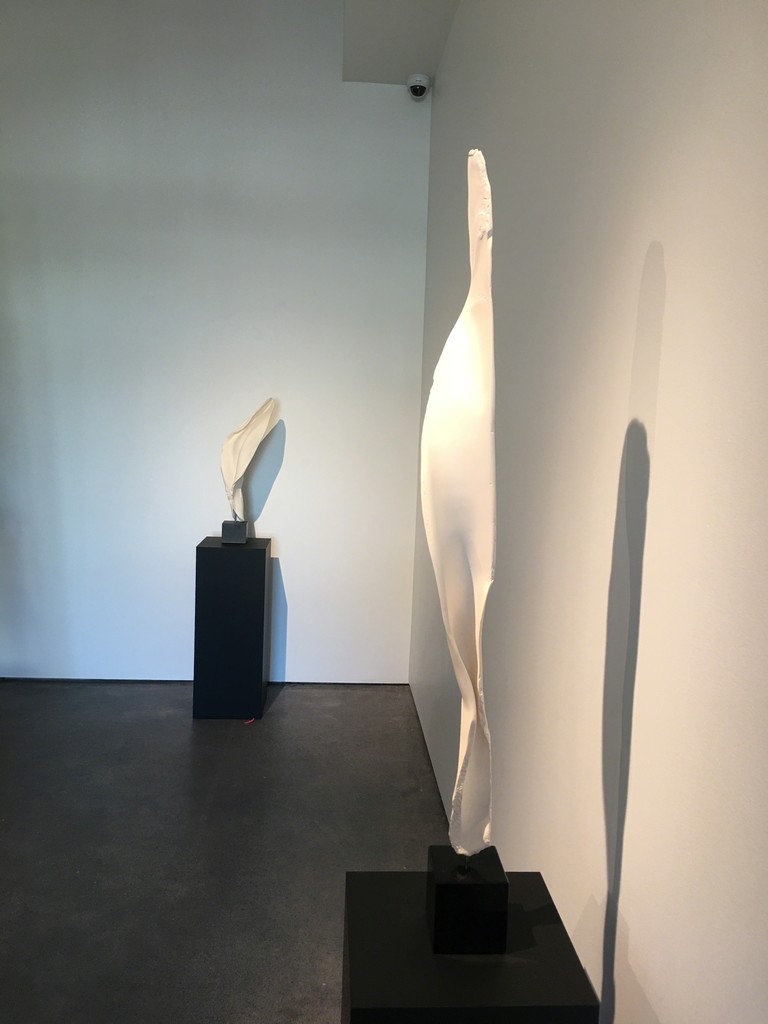 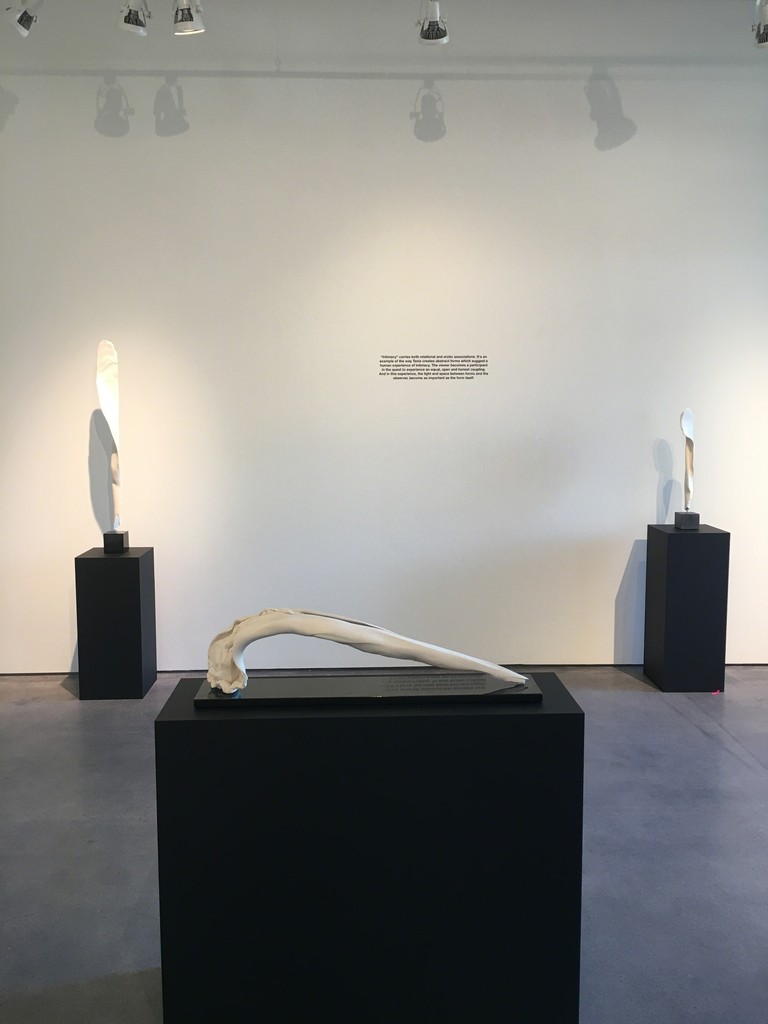 “Intimacy” carries both relational and erotic associations. It’s an example of the way Tanis creates abstract forms which suggest a human experience of intimacy. The viewer becomes a participant in the quest to experience an equal, open and honest coupling. And in this experience, the light and space between forms and the observer, become as important as the form itself.
Tanis’ materials take on meaning for her as a woman and ultimately as a human. She has a personal relationship to the materiality of the work while using the form as a way to communicate and connect with the viewer. Her work often carries relational and erotic associations from a woman’s perspective. By carving and manipulating the surface of white porcelain, she creates line and shadow much like a painter might use the brush to put colour on a canvas.
Tanis Saxby is a Canadian sculptor who lives and works in Vancouver and is represented by Z Gallery Arts. She began her career as an apprentice before studying at The University of Victoria then later at Kootenay School of the Arts in Canada. She was then awarded an international residency in France through a Canada wide selection, where Picasso also studied ceramics. Her works are in the homes of collectors throughout Canada, the U.S. and Europe and have exhibited both Nationally and Internationally.