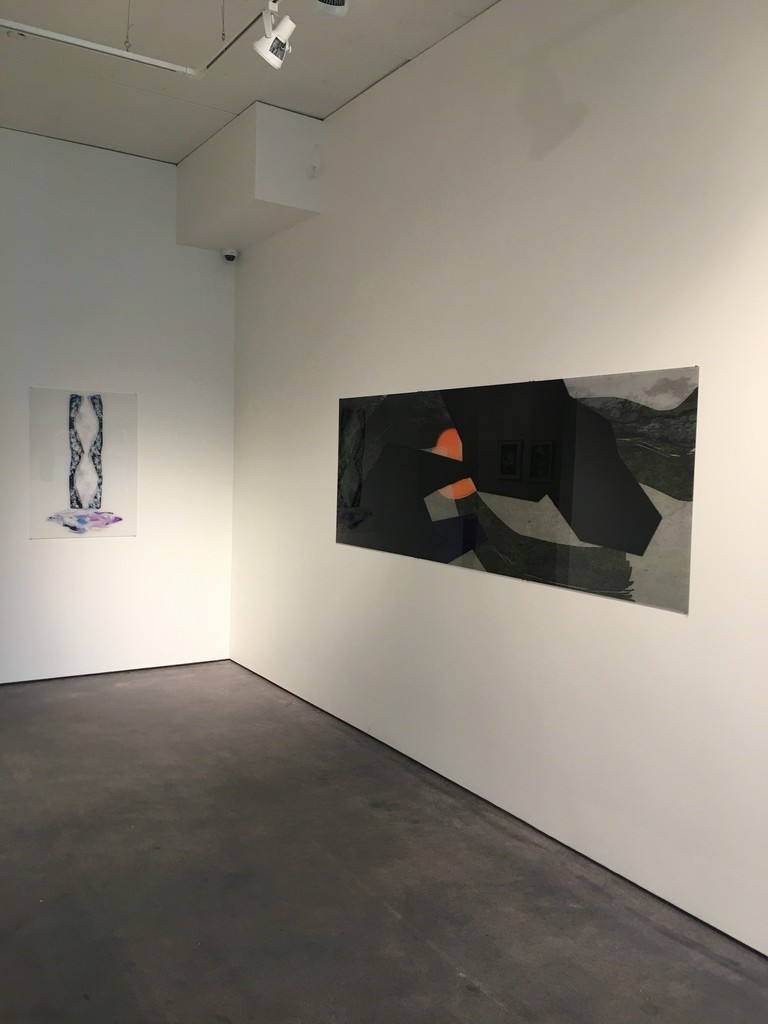 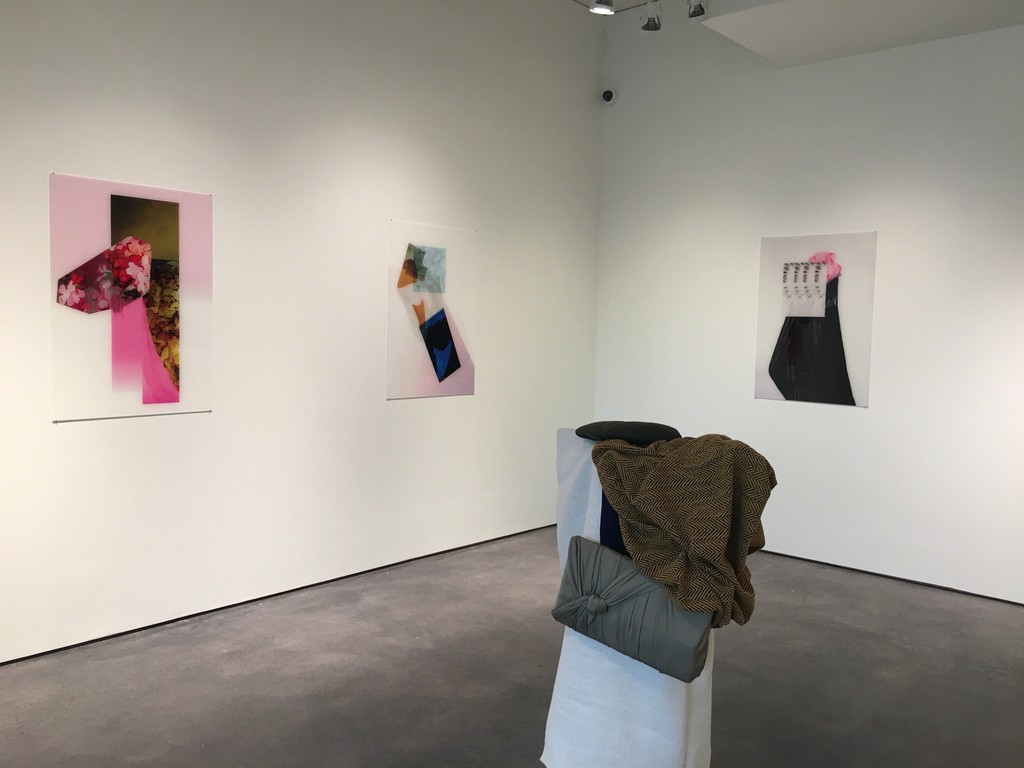 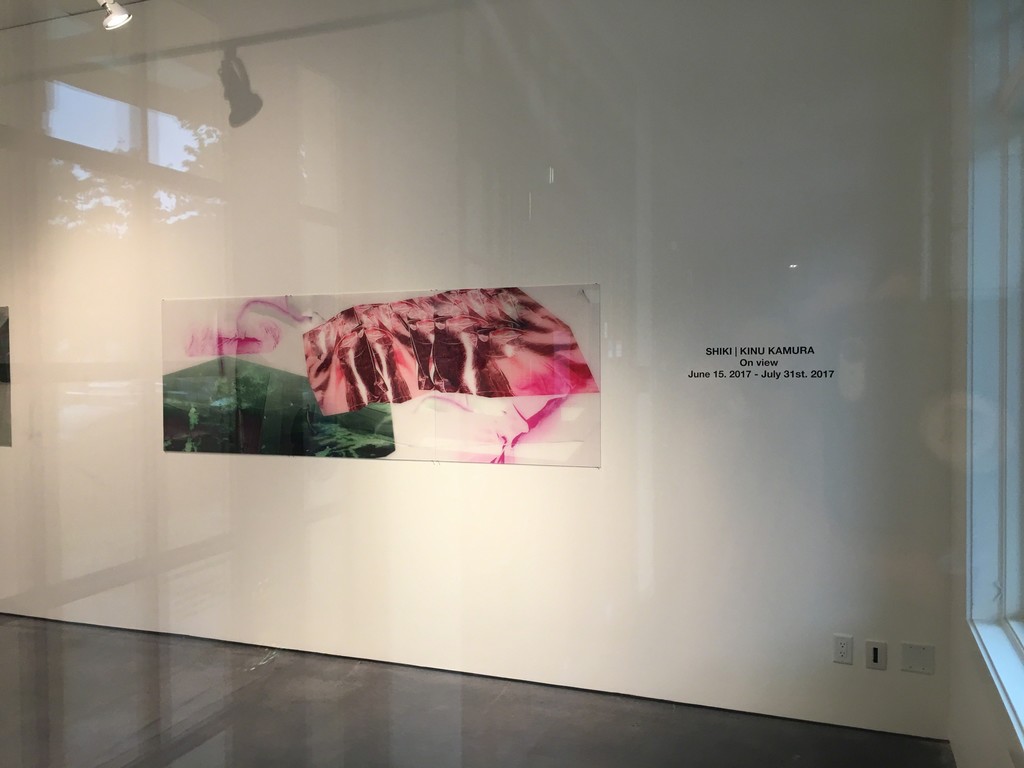 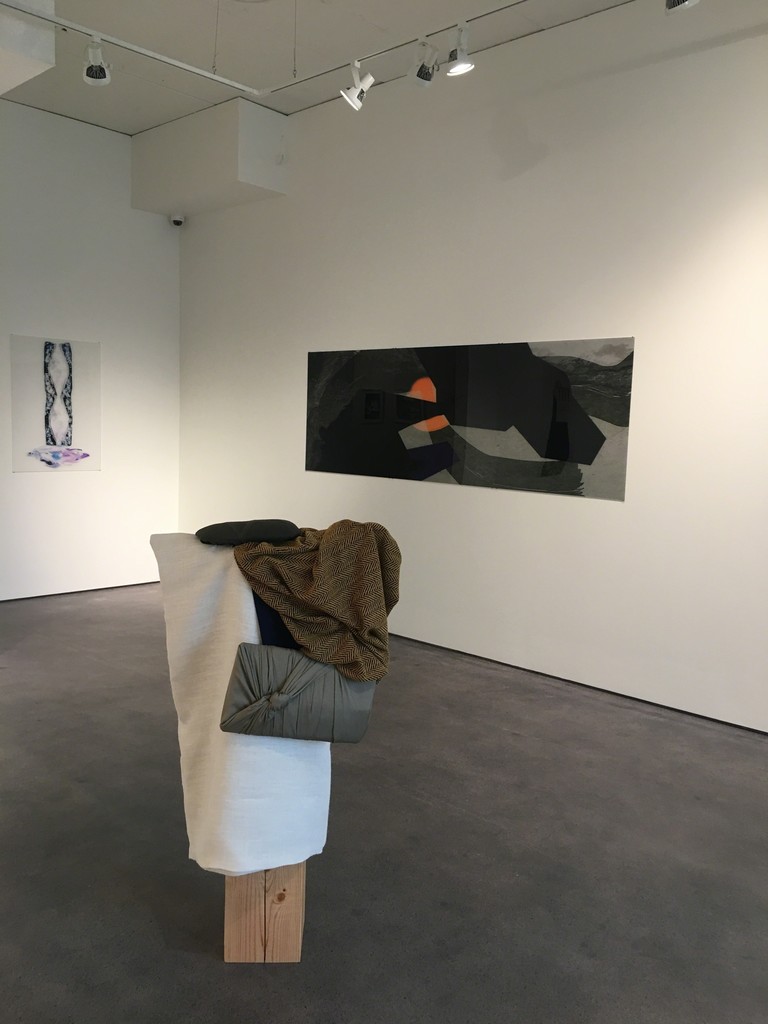 Kinu Kamura (1988-) is a Japanese–French artist. Her favourite medium is painting, but she also practices digital collage and sculpture. Through different media, she reveals her very personal view of the world. She has been short-sighted since childhood and finds in the blur surrounding her a way to nourish her imagination. It was obvious for her to practice art. Everything she sees and feels has to be materialised and offered to the world. She evolves in a world of art fusion and her work takes its inspiration from Arte Povera, Minimalism and the Mono-Ha Japanese movement. These influences provide a framework to her practice, a framework she has chosen to trespass in her composition and study of colour. Her works are like a second skin, and it was but recently that she found she could call them self-portraits. Strong with a very deep introspection and reflection, motivated by a real need to understand and learn, her canvases and installations encapsulate all sorts of unconscious analyses, inexpressible sensations and emotions that can only be conveyed by colours and matters.

The world apart from that Kinu Kamura creates is open to free interpretation and that’s certainly why she practices abstraction. That’s how she can materialise her unique perception of the world around her while letting viewers able to build it all. The introspective atmosphere is clearly present in the Le nuage de Soulage series where the identity issues that each of us has a right to raise juggle together. In La tête dans Soulage, we could see a silhouette with a head clouded with questions that the strict shape at the core of her body informs. A mixture of blue and pink lines, a quest for sex orientation and gender identity, it could be interpreted in many different ways.

Kinu Kamura often compares her work to how we dress up as a way of showing ourselves. It tells the world who we can and would like to be in every life situation, but it also enables us to make ourselves accessible to those who see us. A form of non-verbal language, of reading of the being, of accessibility to the self for others, the art of the ceremonial is bound to the young artist’s practice. Her French and Japanese roots, both countries being lands of elegance and sophistication, have informed her practice. In her « Fa Shun » series, she took direct inspiration from fashion shows she has attended and then could assemble these textile ballets with other sources of inspiration. The subtle tradition of couture, the attention paid to the harmonies of fabrics, the beauty of the colour alliances are encompassed in a wonderful relation to historical time. A narrative story first of all, because Kinu Kamura places herself as a teller of small open tales, but also a History of the Arts. In her work, we find details which can have come down through the centuries. In Angel Chen SS16 + Jade ceramic we can recognise the furoshiki (a Japanese art of textile folding), ceramics, but also flat colour flats areas that mingle with echoes of Land Art and textile printing. This profusion of inspirations could be explained by the importance Kinu Kamura grants to the image. Omnipresent today, it intoxicates our environment, feeding it with various impulses. Multiple, streaked and eclectic, the images collected everywhere by the artist build an iconographic atlas. An atlas made of pre-existing elements that are reshaped to serve completely different ends. This loop is everywhere. Whether it refers to the passing of time while renewing itself, reminds us of the fine modelling of fashion or arouses a ceaseless introspection, it testifies to the artist’s incredible creative power to perpetually reinvent herself: constant renewal, a delicacy of the composition and narrative wealth.

Kinu Kamura builds her work from what she sees and what she feels. Her abstraction stems from the physiological way she perceives her environment: she is short-sighted. Instead of disabling her, this influences her practice, granting it its specificities. She builds her work through a direct inspiration from by her experiences and introspections. Kamura’s figures could be self-portraits, but she lets the viewer free to interpret them. She is attracted by Minimalism, Arte Povera and Mono-Ha but it is truly a color that gives her practice its rhythm. She explores different media (digital collage, painting, sculpture…) in order to achieve a perfect composition.
Kinu Kamura (1988-) lives in Paris, France. Her originality stems from her rigour and her ability to free herself from it. Thanks to her digital work, she has been able to join the Internet market.

About Z Gallery Arts
Located in Vancouver, Z Gallery Arts is dedicated to fostering the work of emerging and internationally established artists. Founded by curator and owner Zohra Bonnis in 2016, the gallery aims to promote and support intellectual and visual dialogue with artists from around the world while embracing diversity across the industry.