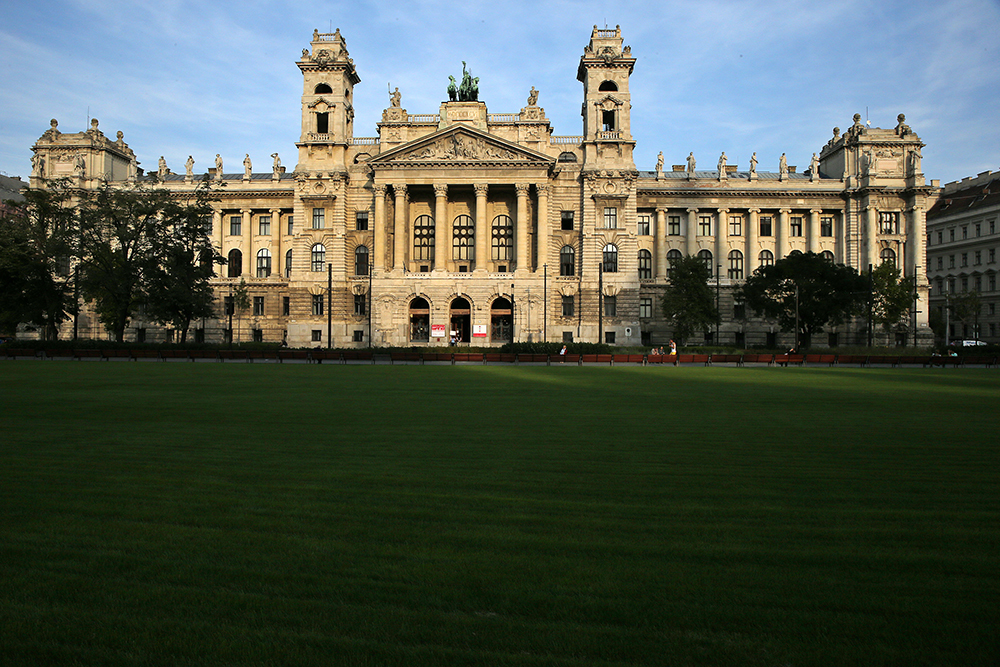 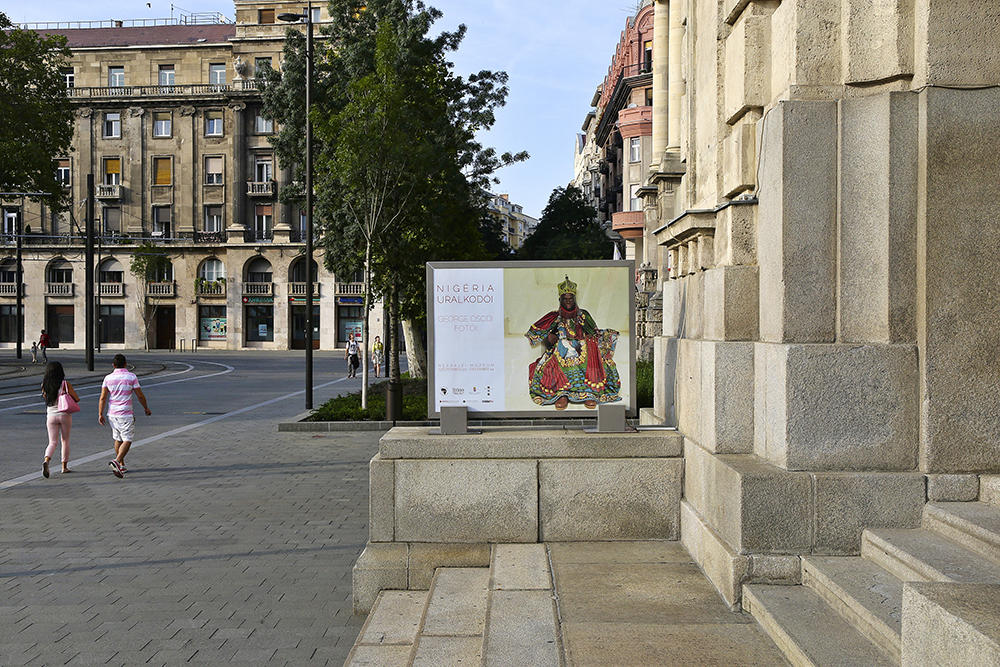 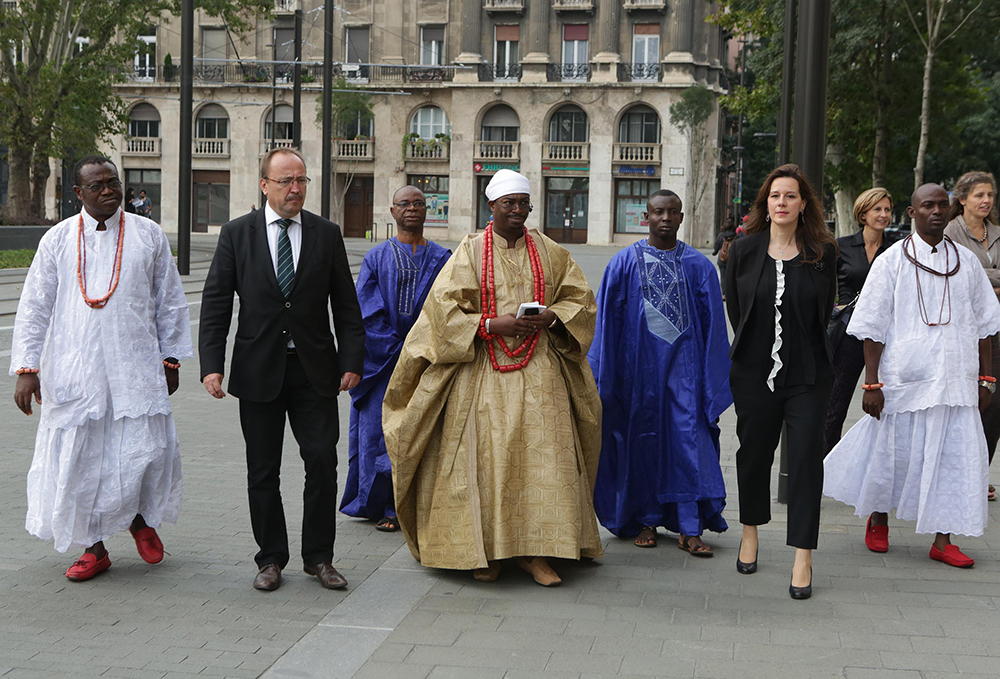 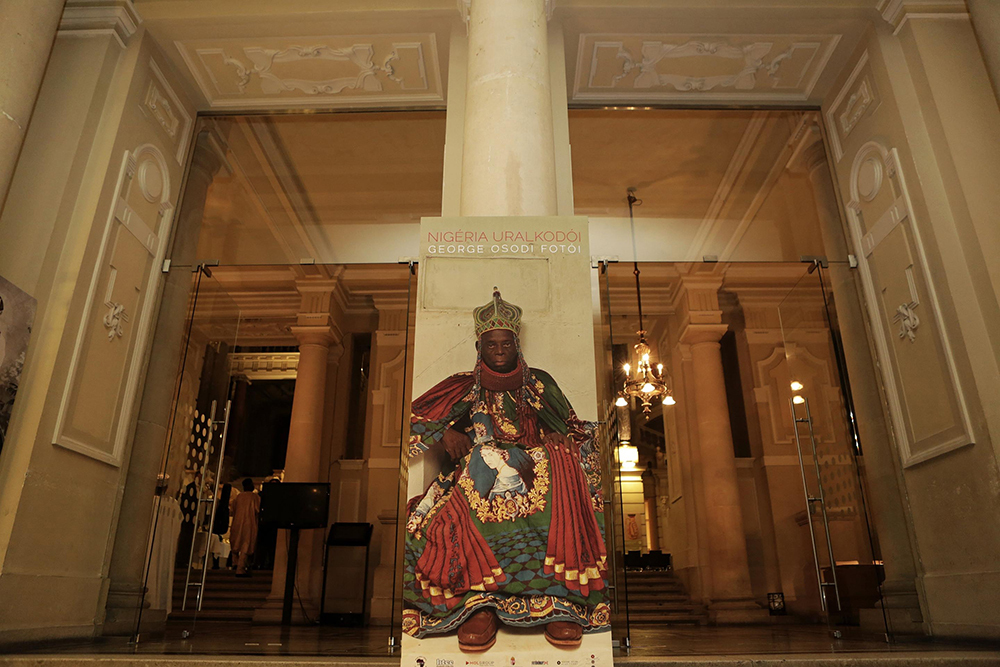 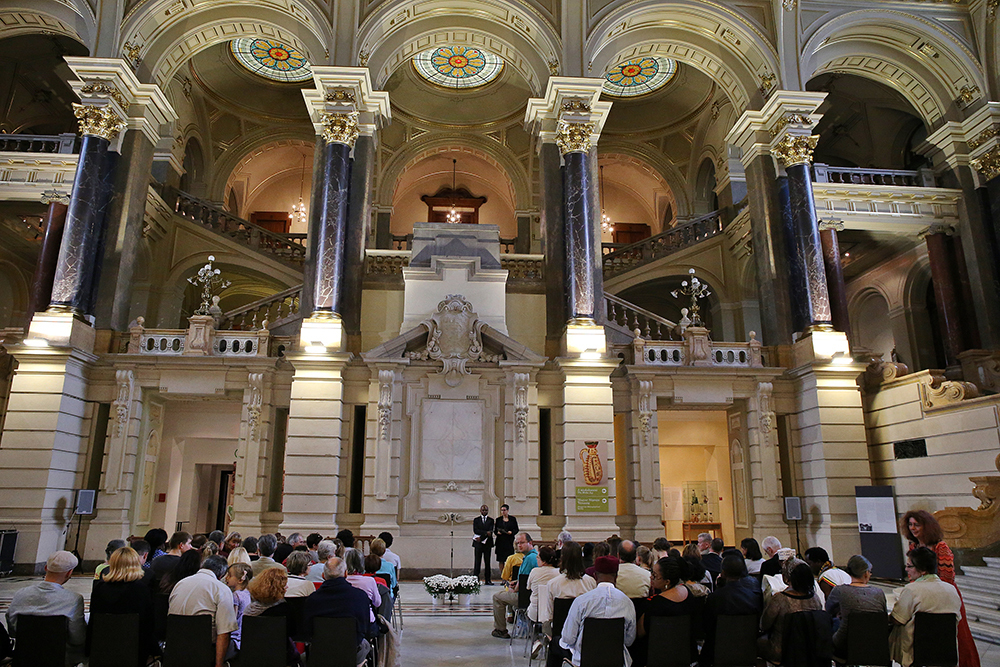 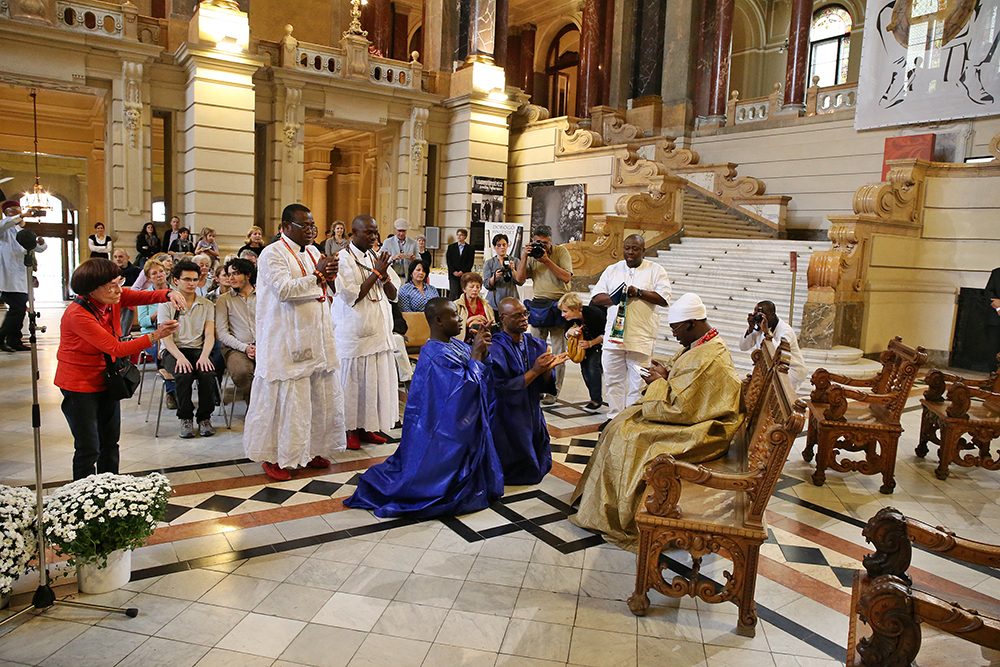 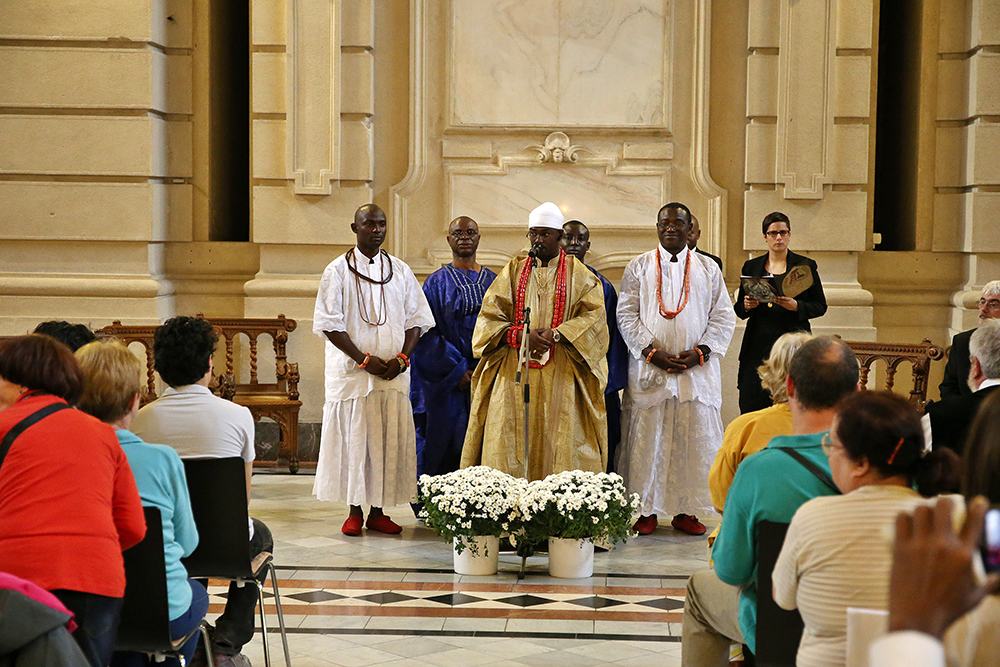 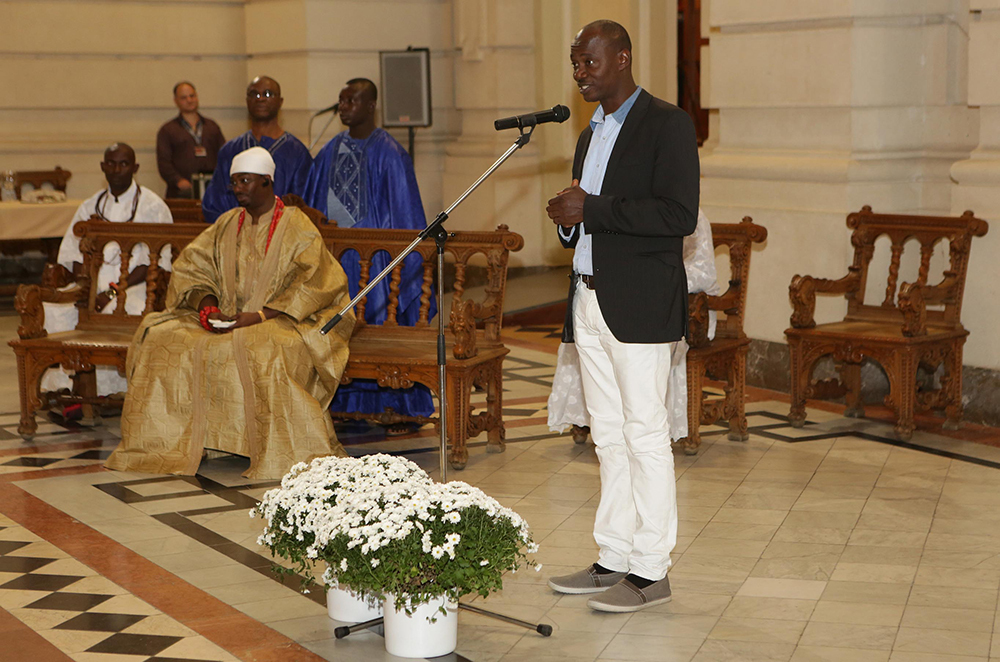 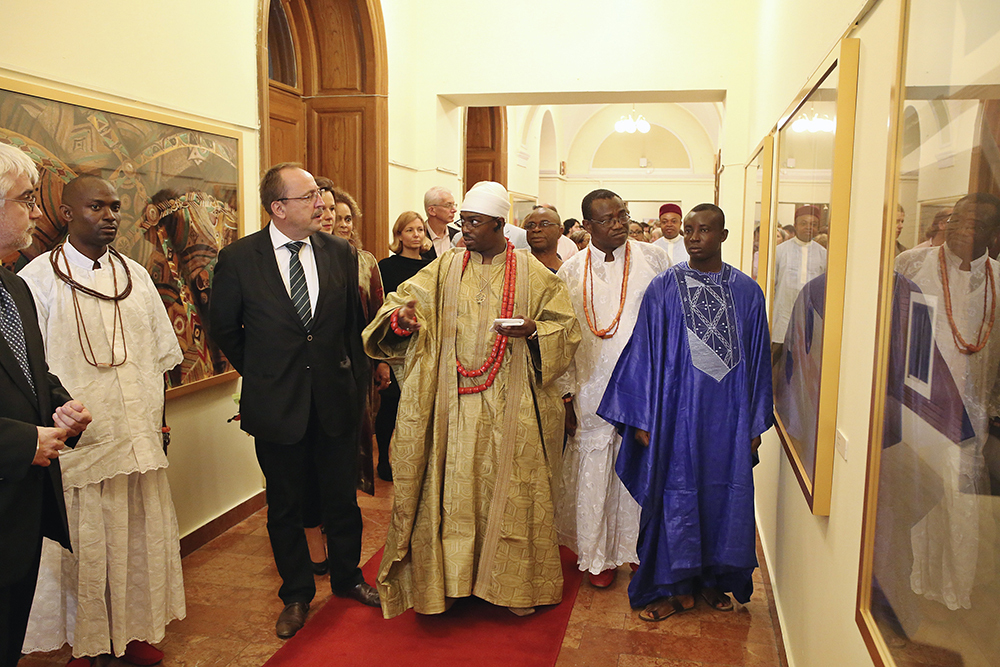 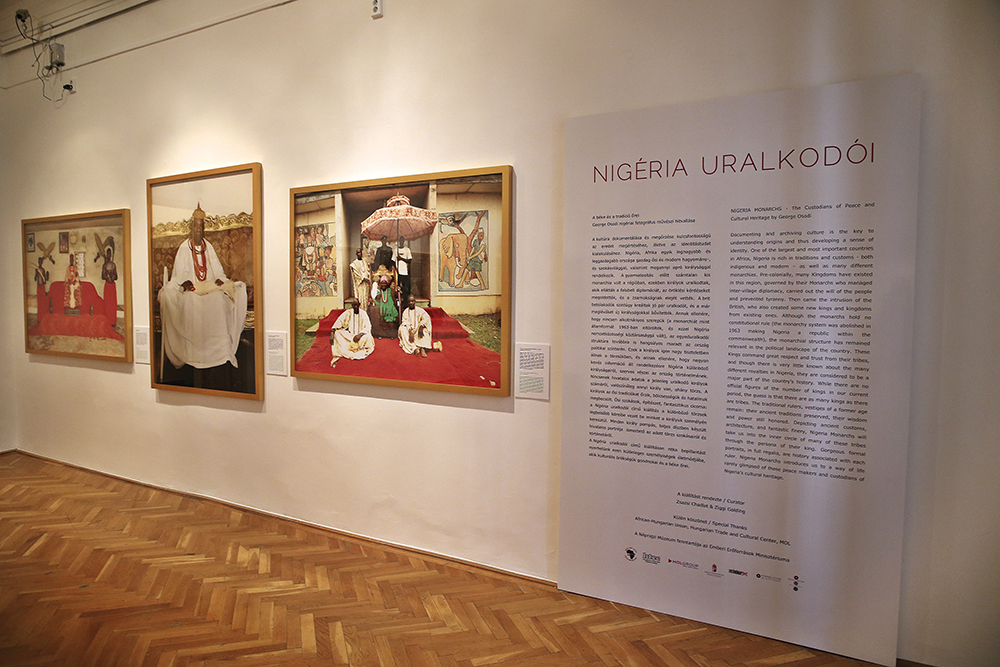 The Neprazji Museum of Ethnography is one of the oldest institutions in Hungary. It was founded as a subdivision of the Hungarian National Museum in 1872. Today the museum has a collection of around quarter of a million objects. In 1973 part of the ex Palace of Justice was assigned to it. The Museum of Ethnography has one of the biggest collections in Europe with its library and archives.
This is the first solo major exhibition of an “Alive Artist “ and Photography staged within the Museum.
The Exhibition was Curated and Produced jointly by Zsazsi Chaillet and Ziggi Golding from an exhibition launching the work in London curated by Ziggi Golding.
It was officially opened on the 19th September 2014 by His Royal Majesty, the Dein of Agbor Kingdom, Nigeria. And hosted by Dr. Lajos Kemecsi, Director of the Neprazji Museum of Ethnography and Mr. Zsolt Nemeth, Chairman of the Foreign Affairs committee at the Hungarian National Assembly, and the Curators