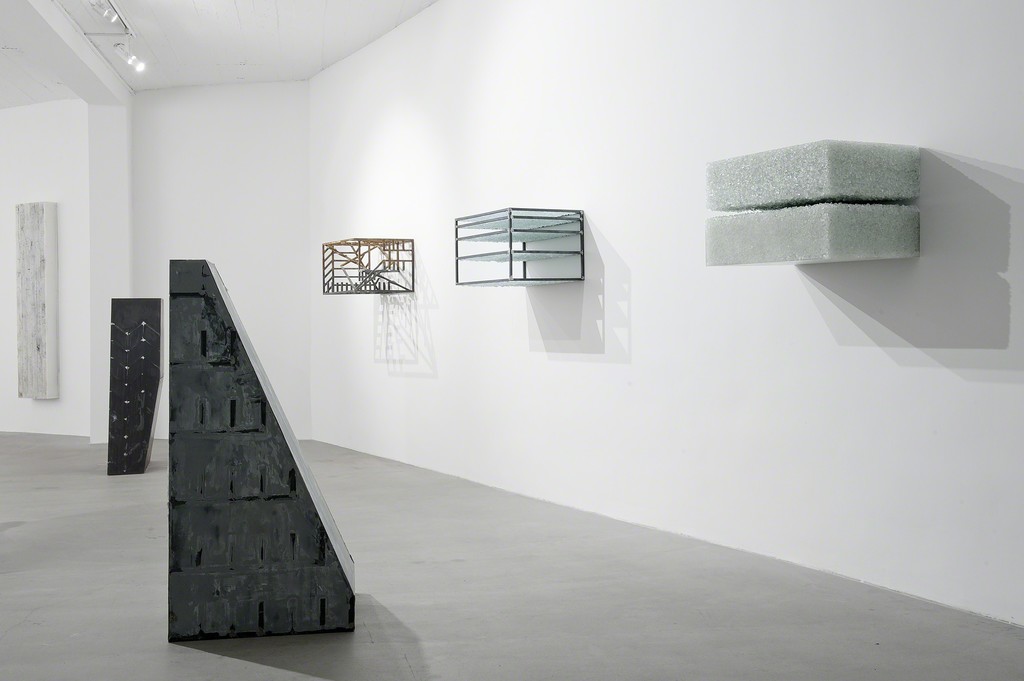 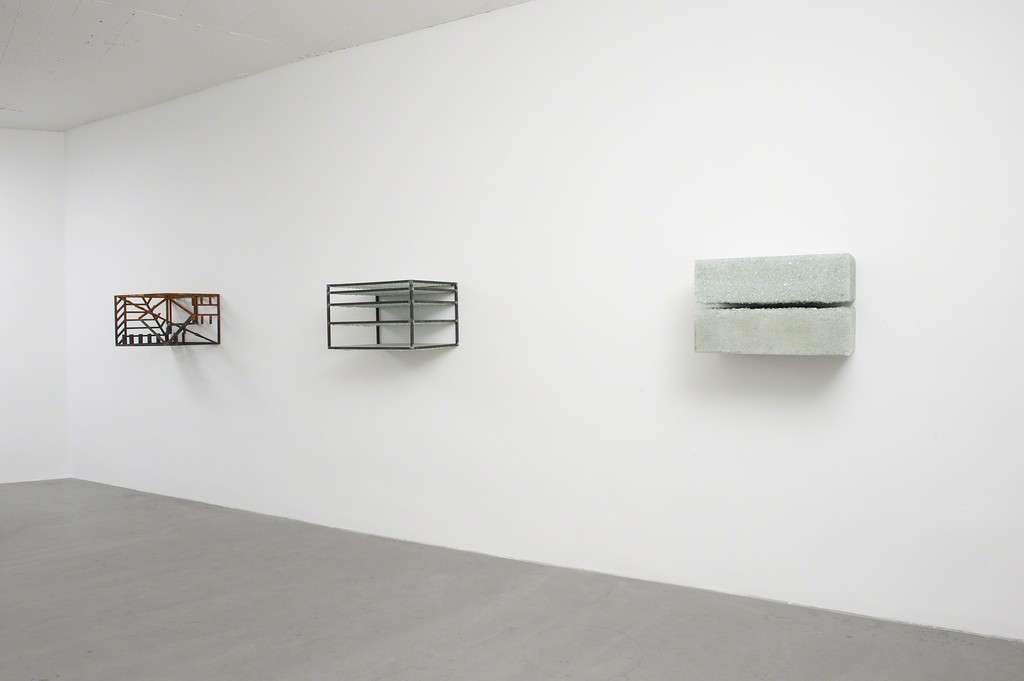 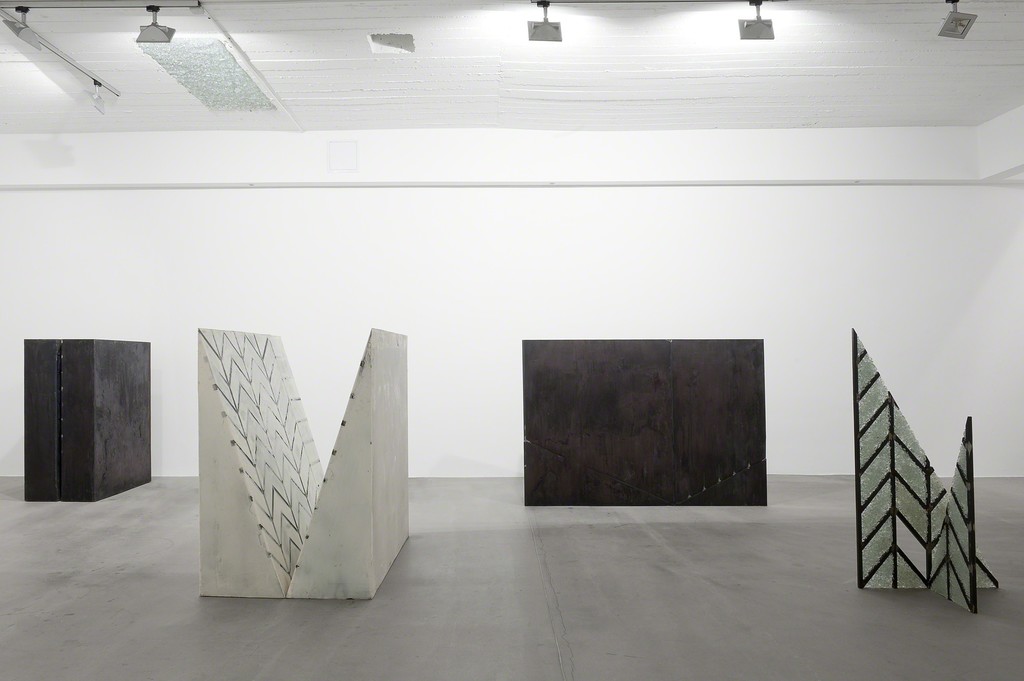 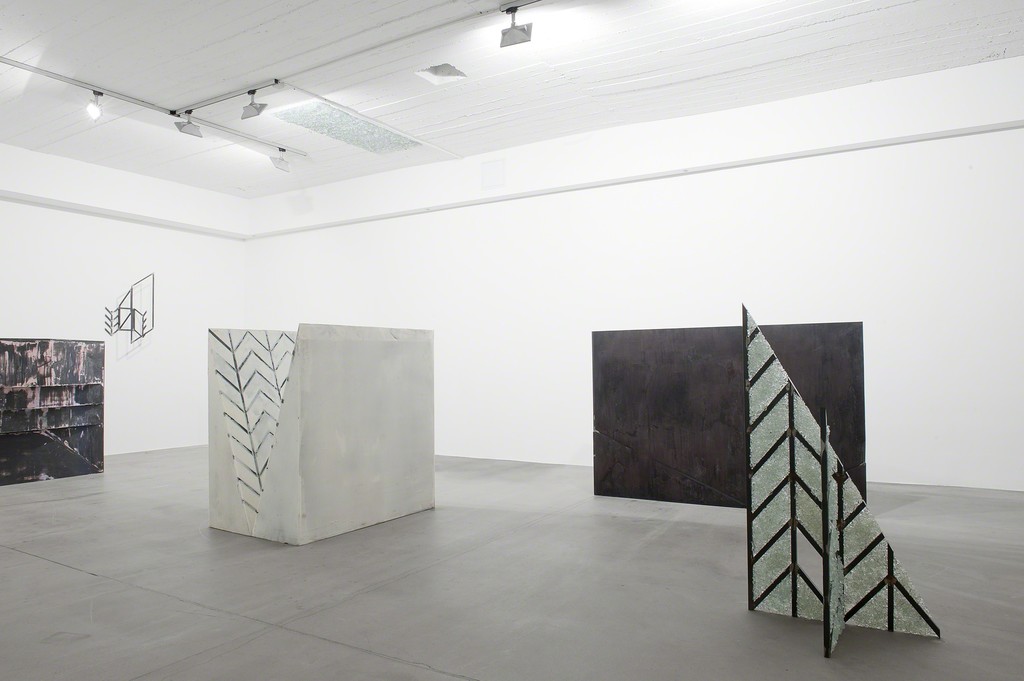 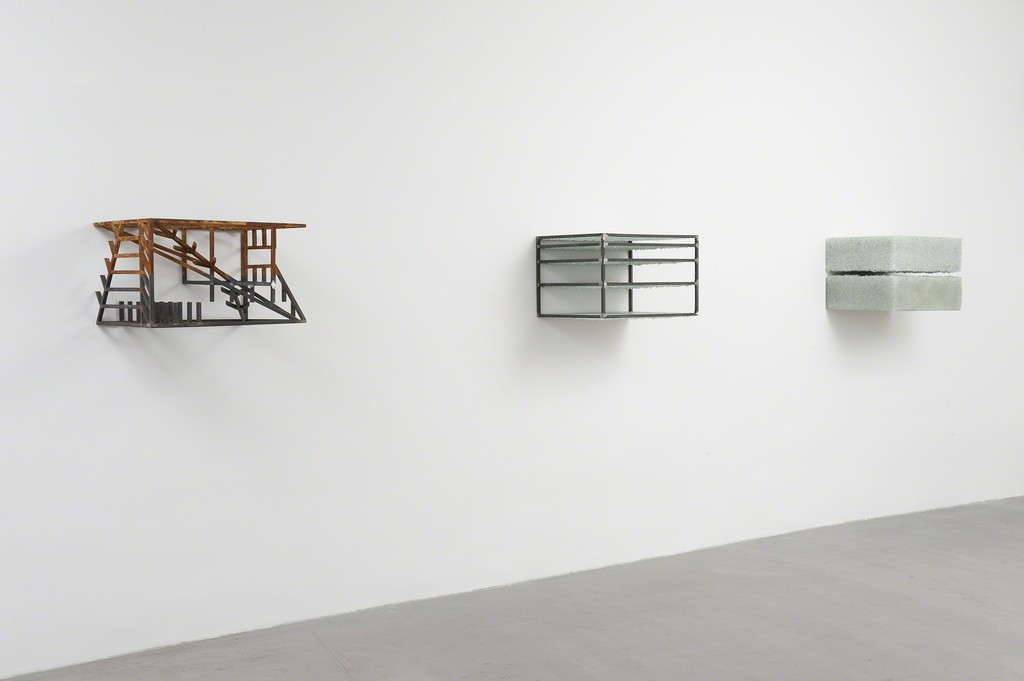 Štefan Papčo is an extraordinary artistic phenomenon. It seems he has been working on the same thing for a couple of years now. In spite of this, his work is rich in expression, formally refined, with multi-layered meanings. The main theme - mountains and climbing- are present through Papčo’s work like a red thread, however, the appearance of his pieces is multiple - whether we focus on the medium or actual material or we consider subtile levels of meaning.
A curiously positive paradox, when an artist focuses on just one part of a relatively limited area of reality, while not repeating himself in circle, is being allowed by the fact that the artist authentically feels and lives both roles - that of an artist as well as of a climber, which are consequently inseparable. He points out about his passion: „ Mainly, I focus on the matter of available ways of using the mountain locality, primarily by the climbing community, which is characterized by its readiness to voluntarily undertake risk on the verge of life-threatening danger. Due to this, I consider the climber society worth long-term exploration.“ Papčo’s value-added in this exploration is the fact that he himself is part of this society, so he operates with deep knowledge of the subject he descibes even with the risk of being submerged, which might not necessarily be transferable on the spectator and thus might become an obstacle in acceptance of the piece of art. However, Papčo is successful in overcoming this risk by his confident artistic form.
Papčo’s second solo show at ZAHORIAN & VAN ESPEN gallery presents sculptures from the Cardinality cycle (2014-2015). The title undoubtedly evokes the thoughts of Immanuel Kant who believed the mind, ethics and estethic judgment to be the essentials of human “mighty power”, “cognitive faculties”, its grandiosity. It seems that his ideas about the esthetic category significantly influenced Papčo.

It is exactly due to grandiosity related to esthetic qualities of the nature, that the word cardinality gains a new meaning, regarding the size, monumentality. The title of the cycle thus makes reference not only to Kant but also to the mountains which are in their cardinality and human-outmatching size, a representation of grandiosity par excellence.
The names given to the sculptures are derived from the names given by climbers who first used a particular path. These phrases, according to Papčo, have certain poetic and sculpture meanings and he worked with them before, in relation to certain sculptures as well as in a post-minimalistic piece Arena Reload (2009). At the time, he was interested in a psychological aspect of chosen titles. However, in Cardinality cycle the titles of first used hiking clips are related to the actual hiking signs. The semantic quality of these abstract symbols were applied before, e.g. in From Ganek to Meadow (2006), an exterior installation or in Tatra architecture (2013), 7-meter high column or in several smaller ones. This time, hiking signs became a part of the construction, almost vanishing in another material – silicone, artificial stone or glass. The resulting sculptures of the same height and rectangular geometrical morphology are purely abstract, or in some cases perhaps decorative. Papčo, who juxtaposed figurative and abstract in his work so far, this time inclines towards the latter one. The result are esthetically self-confident sculptures which can be perceived as autonomous art pieces without the need to make reference to anything else. In spite of this, the reference is still internally present - it literally creates its internal base. Afterall, each and every sculpture was created as a reflection of the true, specific climbing experience. Papčo accomplished to create his new formal language in this cycle while preserving continuum with his work so far, thus confirming his ability, as mentioned before, of being consistent while, at the same time, experiment.