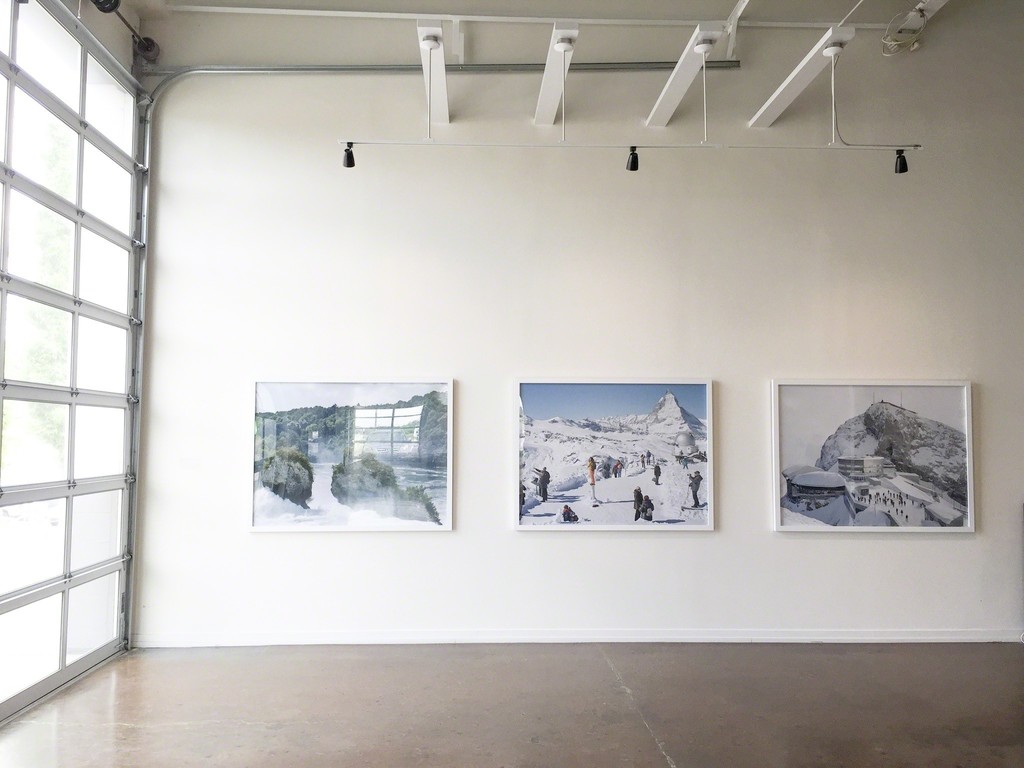 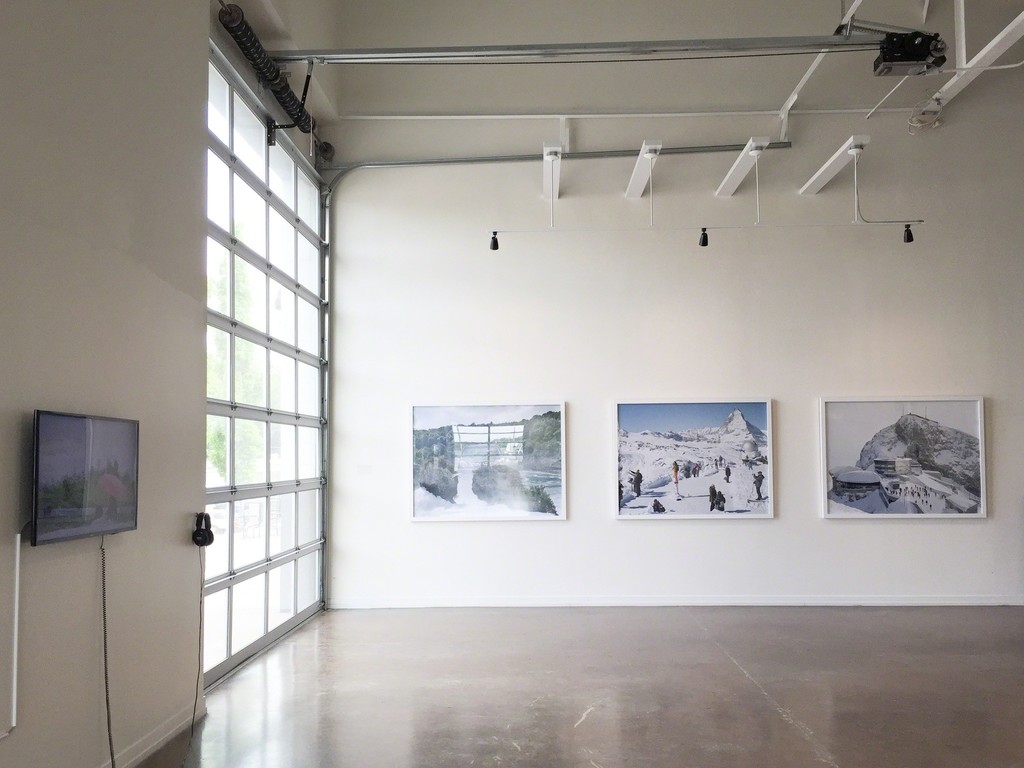 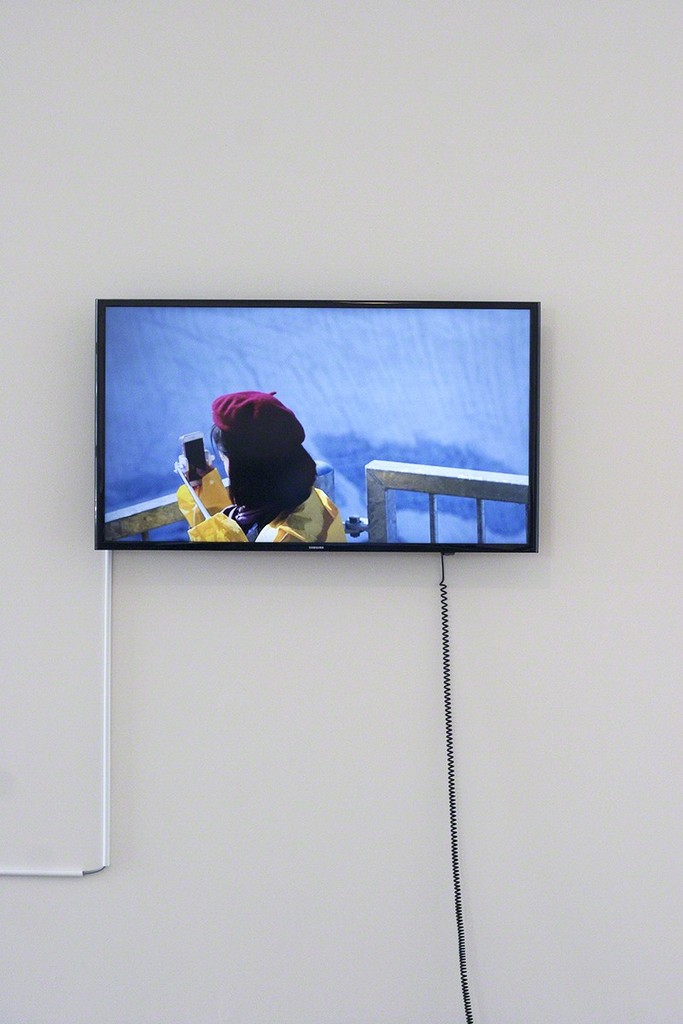 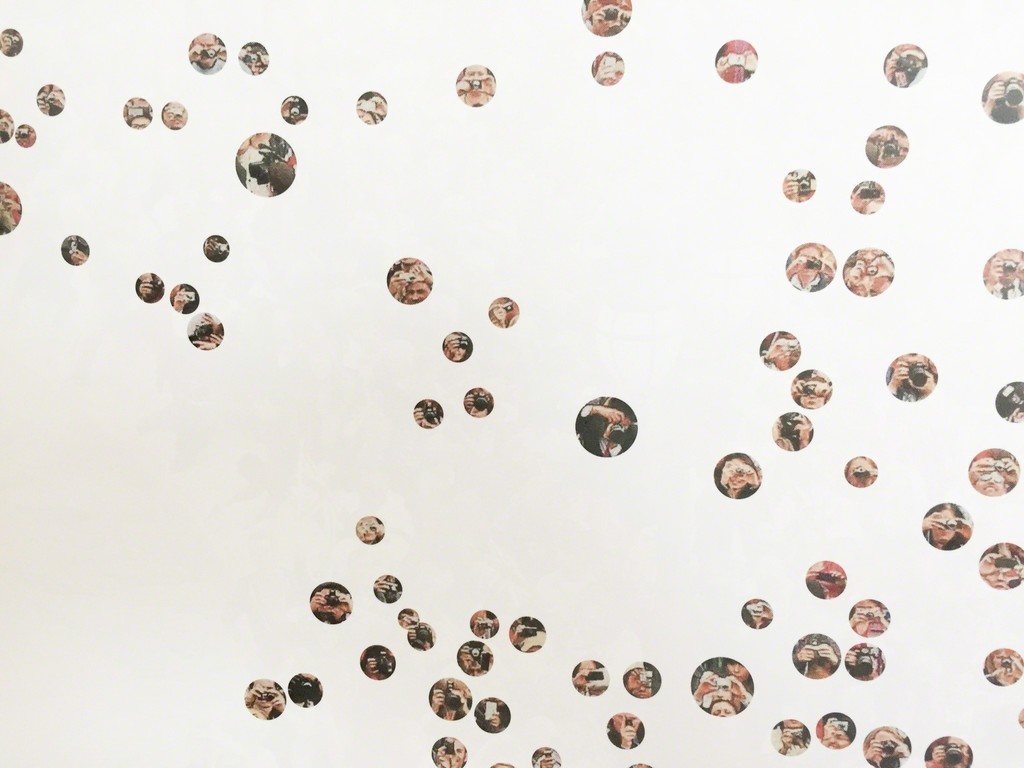 Simon Roberts Public Performance, assembles works from two series by the Brighton, UK based photographer - The Last Moment and Sight Sacralization: (Re)framing Switzerland. Both works explore our society of instantaneity and the use of photography in relation to ideas of landscape identity and modern culture.

Sight Sacralization: (Re)framing Switzerland (2016)
When wealthy Europeans set off on their Grand Tour of the continent in the 1800s, they expected Switzerland to inspire them with vistas of sublime grandeur. The landscape’s untamed romanticism was a crucial component of Switzerland’s national identity and cultural prestige. Today, the Swiss landscape often resembles a theater set, where tourists are transported to officially designated areas of natural beauty to gaze upon epic views from the safety of stage-managed viewpoints. This process is referred to by the American scholar Dean MacCannell as "sight sacralization": a place is named, then framed and elevated, before being enshrined, mechanically reproduced and finally socially reproduced across a variety of media. Tourists are both performers and spectators, part of the circle of representation in which “all we see is seen through the kaleidoscope of all that we have seen before” (Andy Grundberg). These large-format tableaux photographs are taken of viewing platforms at some of the most photographed places in Switzerland. The locations were sourced using the online mapping software Sightsmap that creates popularity heatmaps based on crowdsourcing geo-tagged photographs uploaded to the Internet. The work raises questions relating to aesthetics, performance, and individual and collective identities.

The Last Moment (2011–2014)
In "The Last Moment" Simon Roberts uses techniques of scanning, layering, marking and masking to create stripped-back, abstract images in which circles of various sizes float free in semi-transparent skies. Much has been written about the huge number of photographs being produced daily on a global scale, of the changing role of the photographer and the constant need to document our lives and the world around us. It is within this social, technological and psychological context that Roberts produced this series of work. In a first step he scanned photographs of key world events that he had collected from British broadsheet newspapers. The act of scanning the entire surface of the printed newspaper is a physical gesture and is followed by an act of mark making: every occasion in which someone is using a camera, whether a pocket-sized phone camera or a professional digital SLR, is noted and then circled, so that only the device is visible. The idea of transluscense, especially as it relates to optics and lenses, is central to the work. Roberts masks off the background, but not entirely, using a white layer to create a ghostly veneer – a negative space – patterned by different constellations of artificial disembodied ‘eyes’. Translucidity is not only a visual aesthetic running through "The Last Moment" but a metaphor for the various ways cameras function and are used in today’s societies.

SIMON ROBERTS, born 1974, lives and works in Brighton, UK. His work has been awarded and exhibited internationally, among others at the Museum of Contemporary Photography in Chicago, the Museum of Contemporary Art in Shanghai, at Fotostiftung der Schweiz in Winterthur, and at the National Media Museum in Bradford, England. His work is found in important collections such as the Deutsche Börse Art Collection, the George Eastman House, and the V&A in London. He has published four critically acclaimed monographs, "Motherland" (2007), "We English" (2009), “Pierdom" (2013) and most recently “Merrie Albion - Landscapes Studies of a Small Island” (2017).