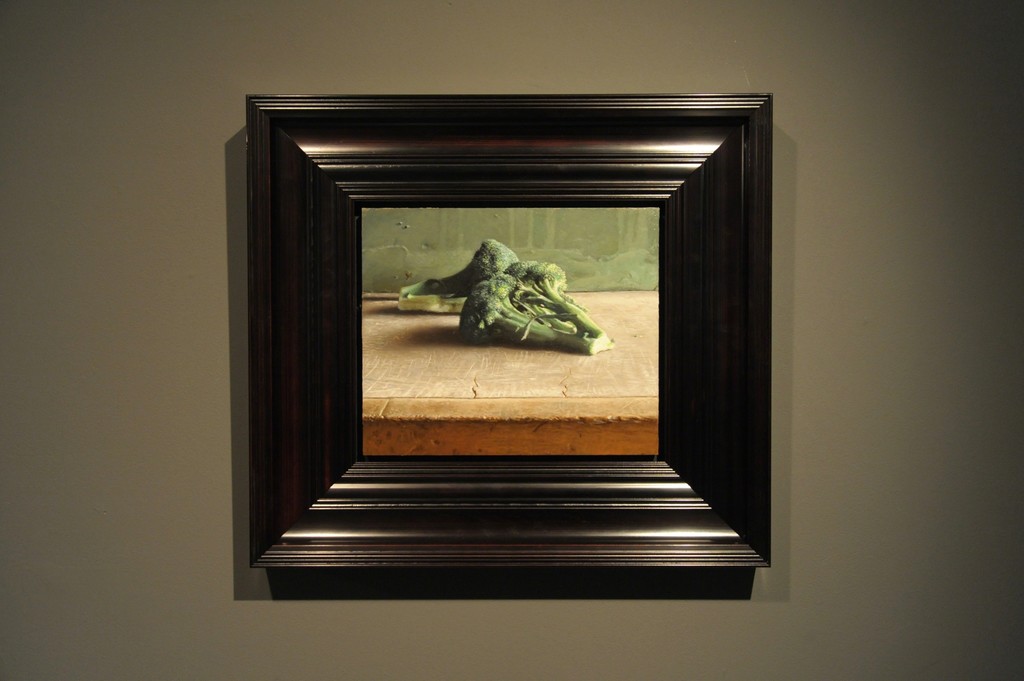 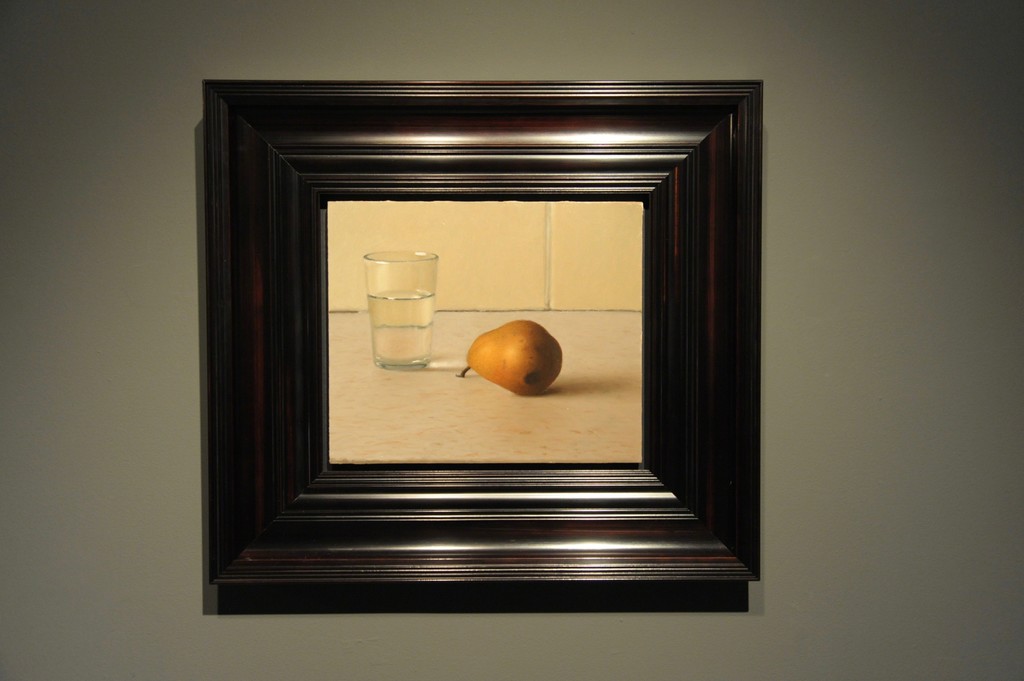 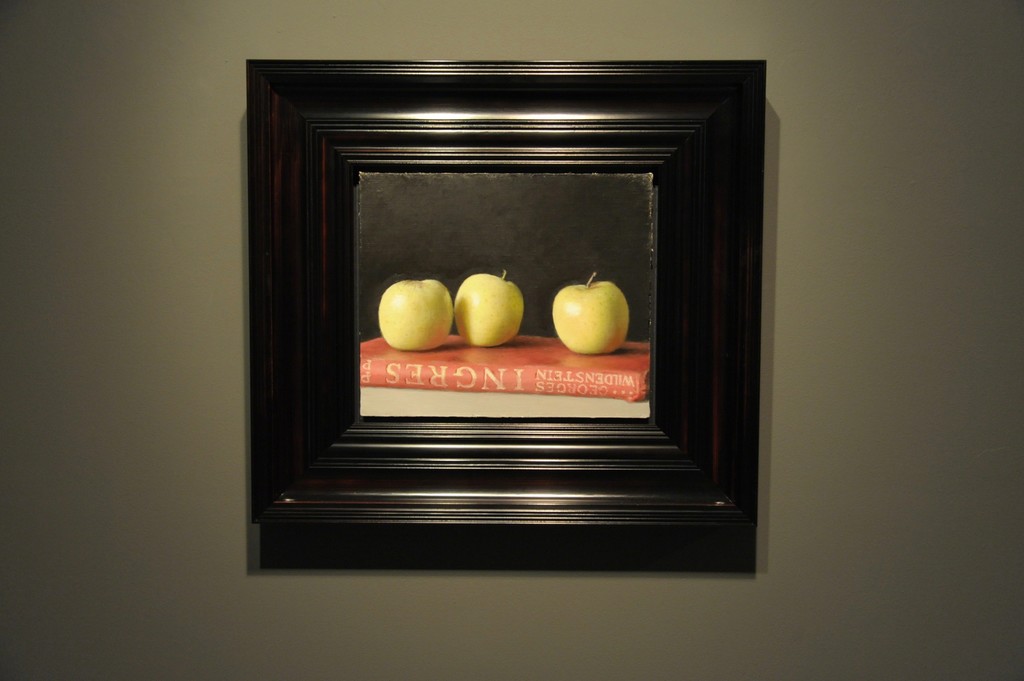 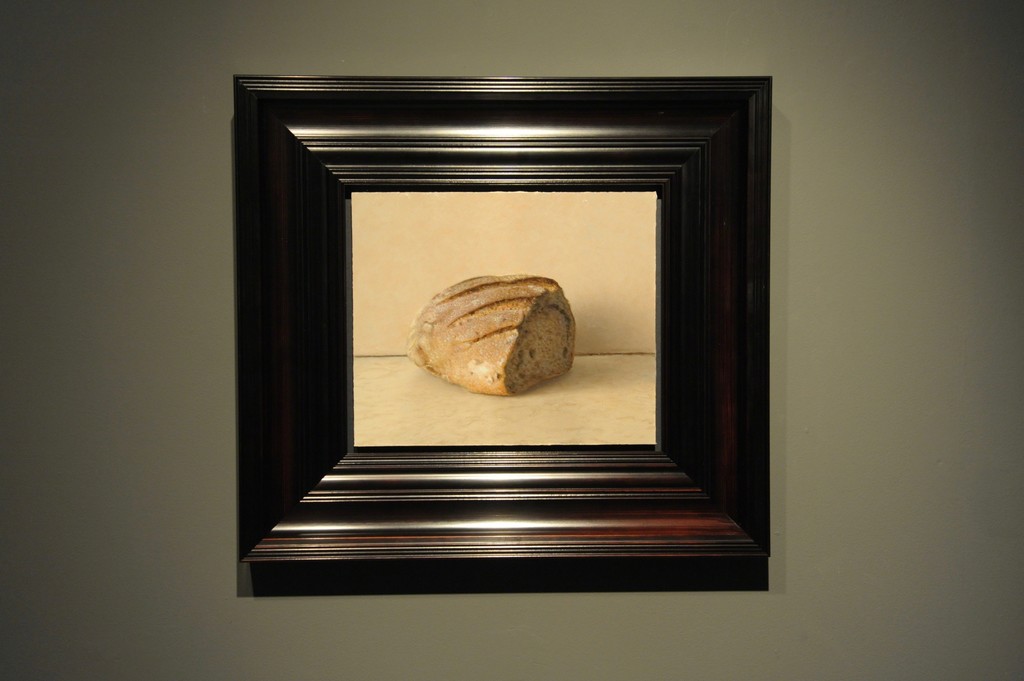 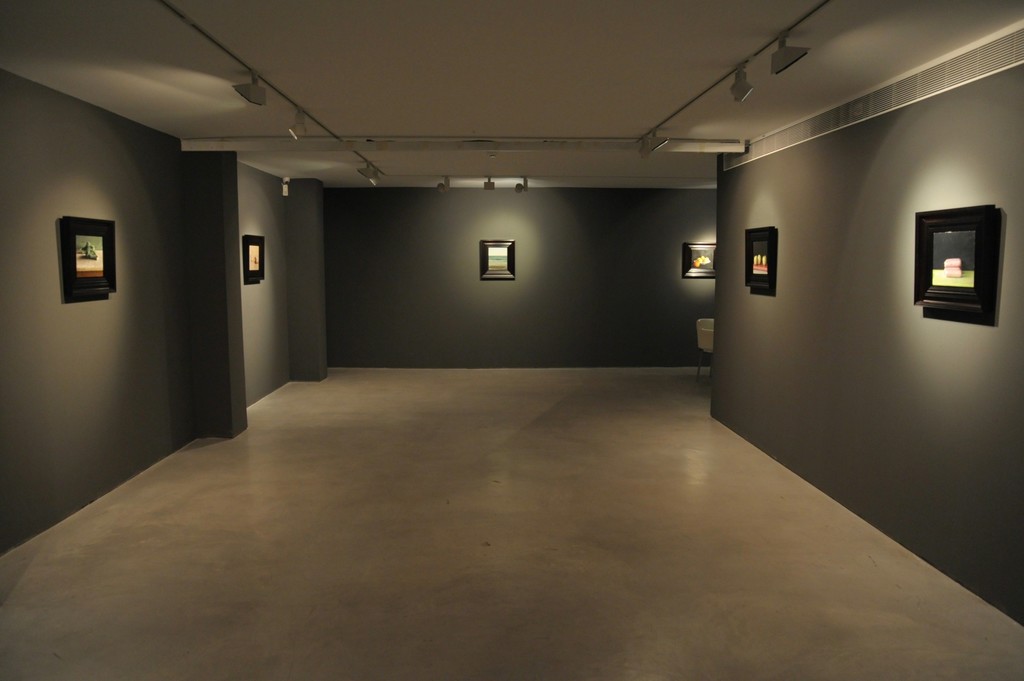 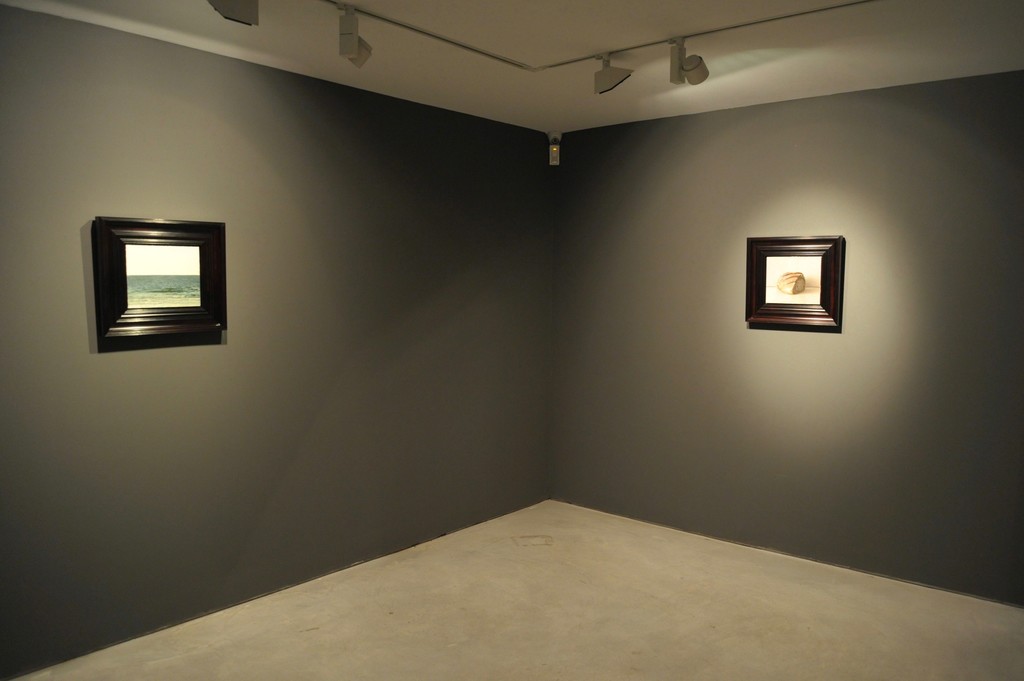 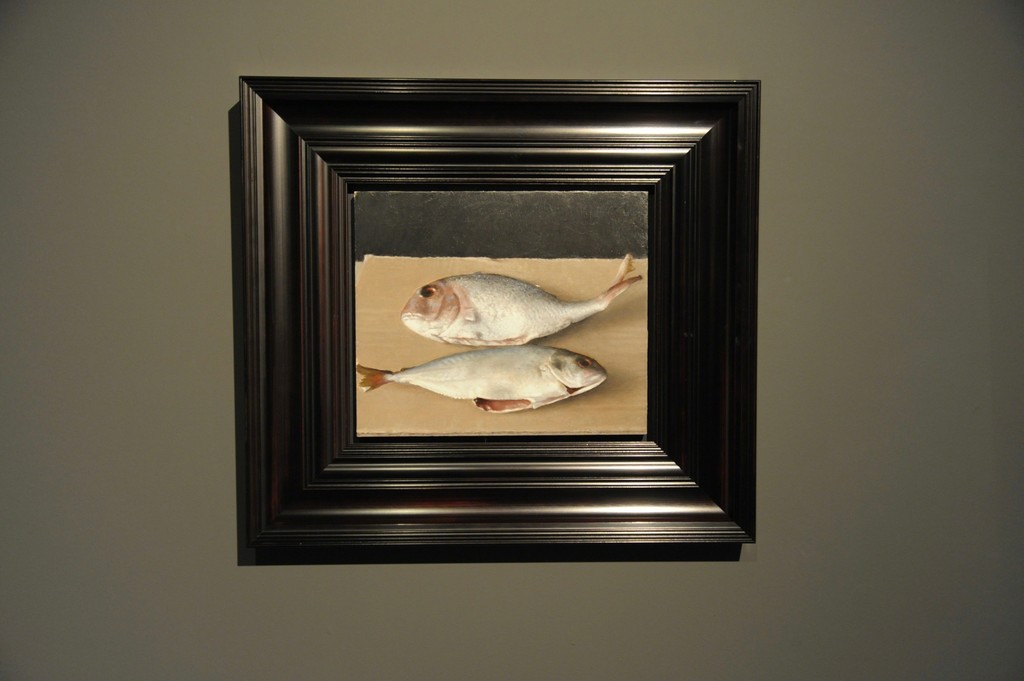 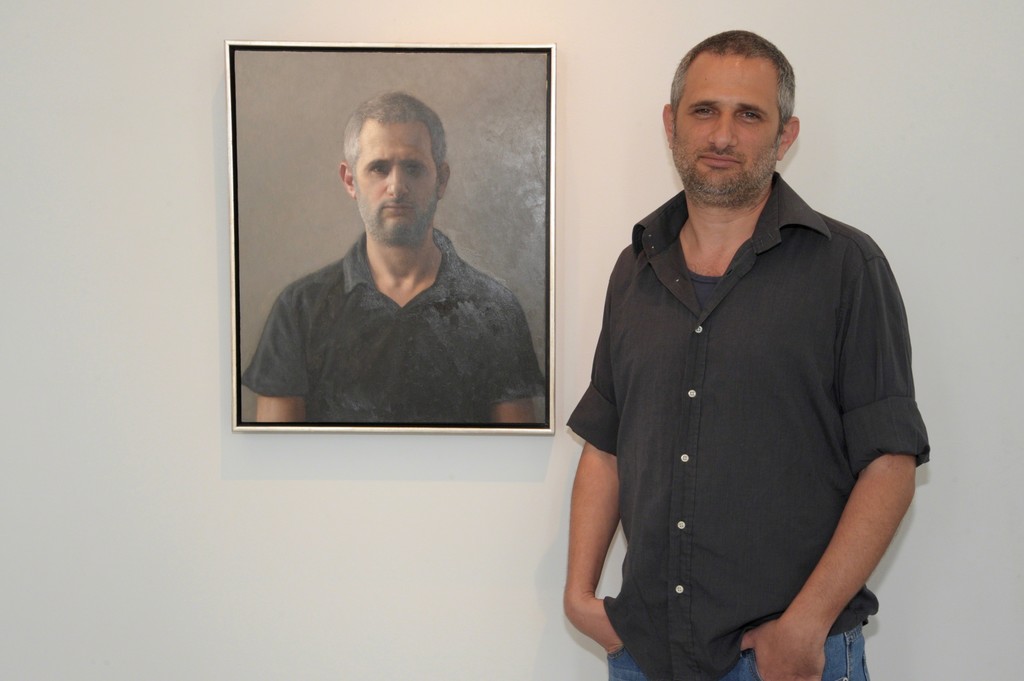 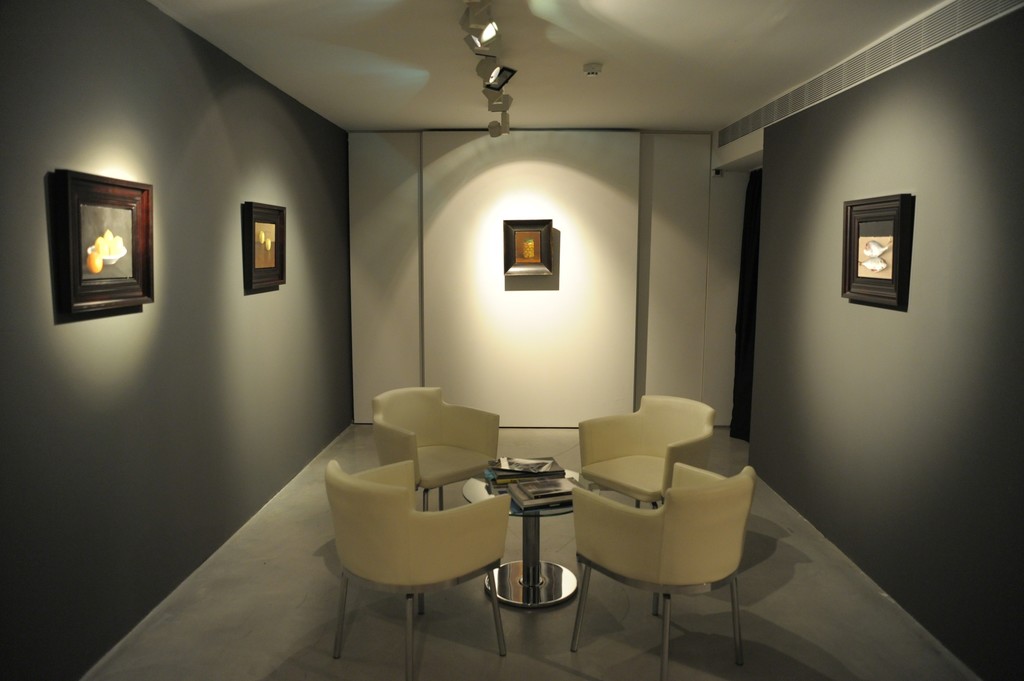 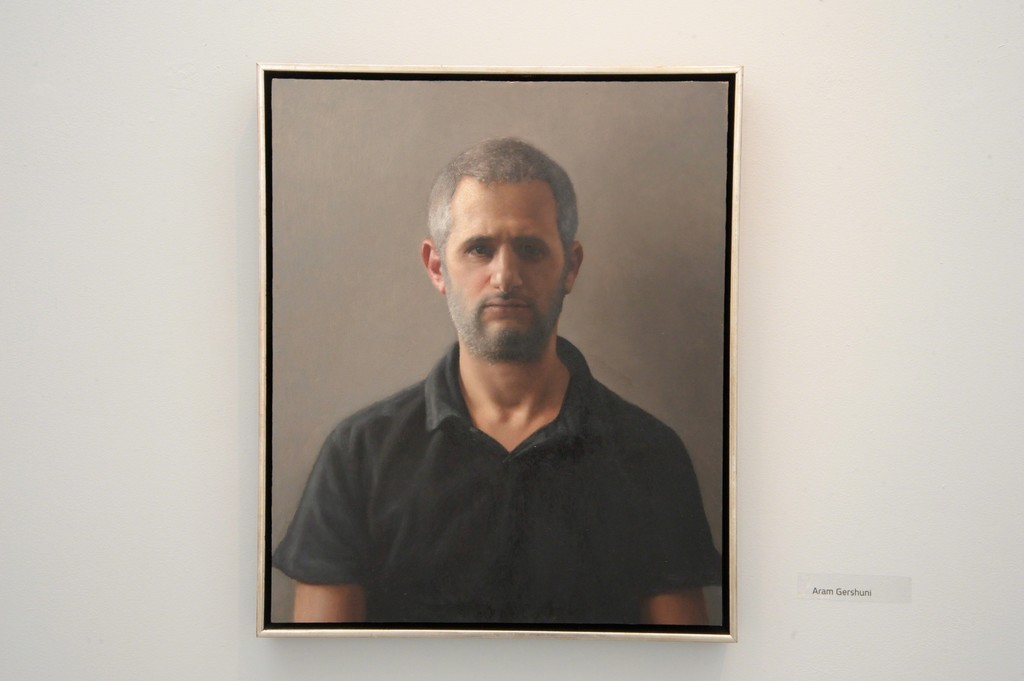 Aram Gershuni’s still life paintings appear to follow the path of early Velasquez “bodegónes” paintings: kitchen scenes that blended the prosaic with the sublime (“Jesus at the Home of Martha and Mary”). Except that Aram Gershuni does not depict the kitchen interior, nor the preparers of the meal. Only the victuals. We should also stress the difference between his paintings of foodstuff and the kitchen scenes in 17th century Dutch painting, known for the denseness of meats, fish, poultry and other abominations. Whereas the latter portrayed preparations for the feast, Aram Gershuni’s paintings represent the modest sustenance of the individual, presumably, the meal of the artist. In this regard, his paintings are close to the 18th century kitchen still life paintings of Jean-Baptiste-Siméon Chardin. However, as much as Gershuni’s paintings are indebted in their “proletarian” realism and “religiousness” to the Spanish bodegónes – his still life paintings are devoid of the awareness of eating and the pleasure taken in it (in that respect, they follow in the trail of Cézanne’s apple paintings known for the lack of gastronomical effect). For these are the subjects of nature morte – “dead nature”, still representations that hold in their recesses the skull and candlestick with a snuffed candle, the representations of death in Baroque still life paintings.

While Dutch still life paintings are rooted in the protestant revolution which celebrated the ethos of commerce and domesticity, Aram Gershuni’s still life paintings are somewhat adjacent to a more Franciscan tradition. Indeed, a type of Franciscan asceticism imbues his paintings, a kind of poverty which has nothing, so it would seem, with “Arte Povera” or the Israeli “Want of Matter”. For, we are dealing with austere figurative painting marked by modesty and abstemiousness, shrouded by a very restrained religious sensibility. Accordingly, a painting of a pretzel at the foot of a candlestick is not merely a horizontal composition of a closed-up round element against a vertical element, or a soft organic material against a hard inorganic material, or of the concave curve in the subtracted pretzel versus the convex arch of the top of the candlestick, but also an image that marries the bread with a liturgical object marked by death (the absence of the candle). The bread as a symbol of the body of Christ?

Still life painting has always been linked with a religious moral message and the reminder of death (vanitas). However, in Aram Gershuni’s case, it is not the proud self-adornment through the ownership of objects (the foil of the Krembo in his painting is not precious metal, but just the wrapper of a sweet treat), nor the false charms and transient illusions of coveted objects (appetizing meats, pearls etc.) which are the subject matter, but quite the opposite: the simplicity and mundane poverty of objects, and particularly the groceries that lack any aura, the dwellers of “a land of beauty and poverty”, whose radiant meagerness is recounted by the painter.