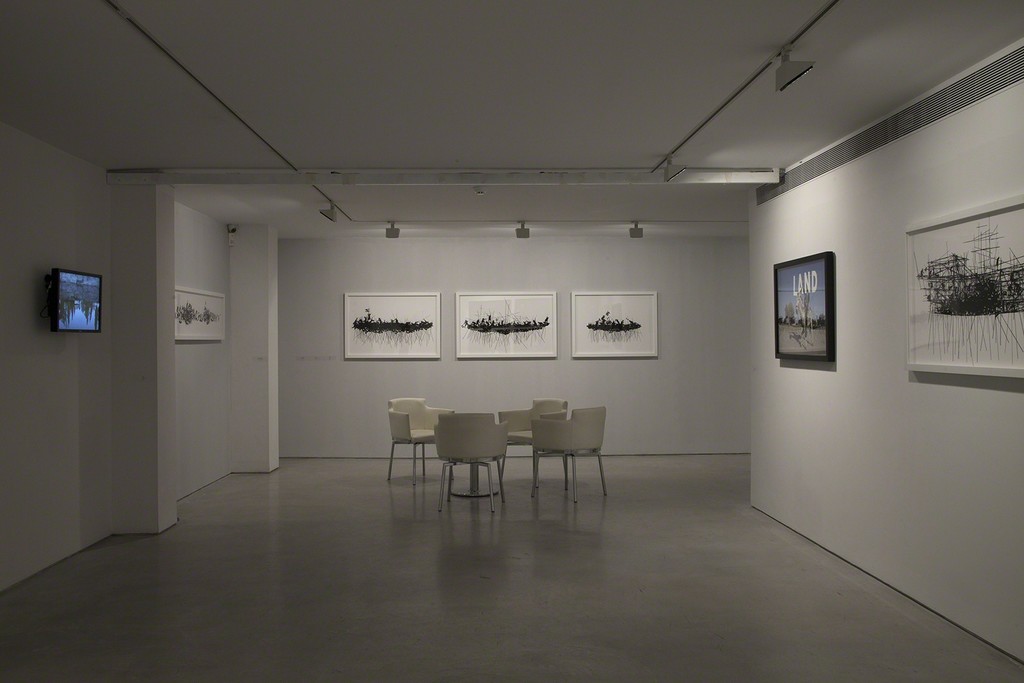 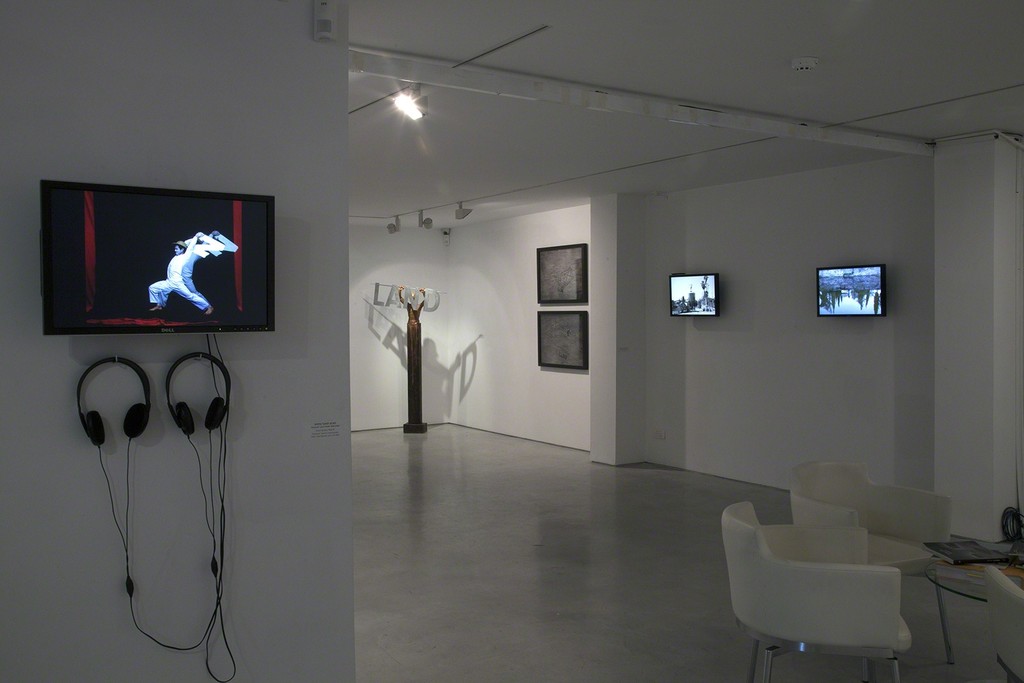 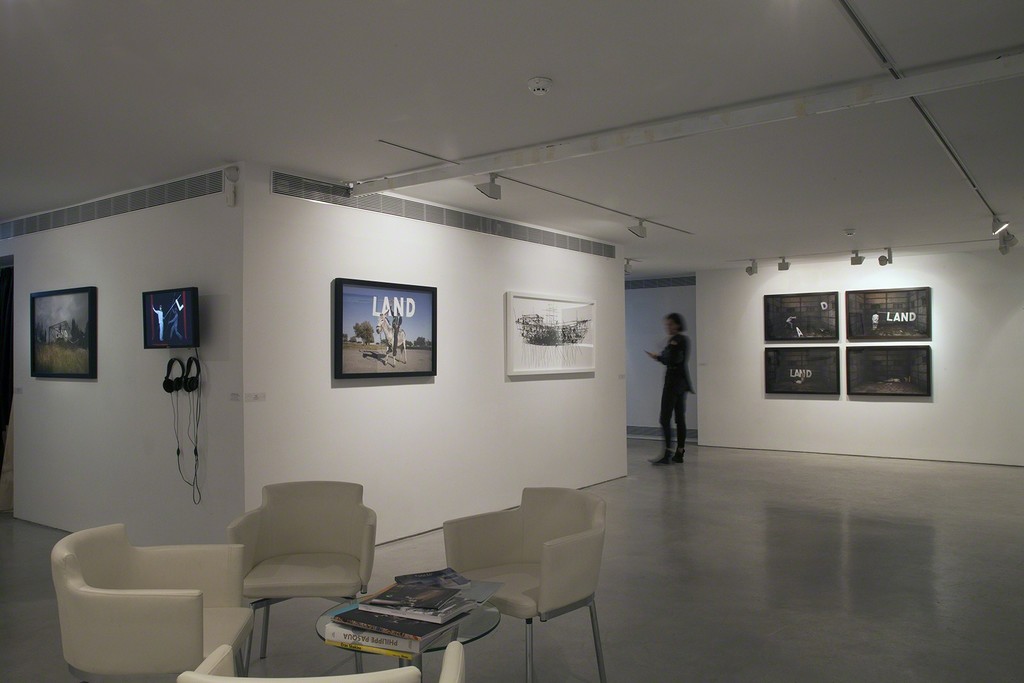 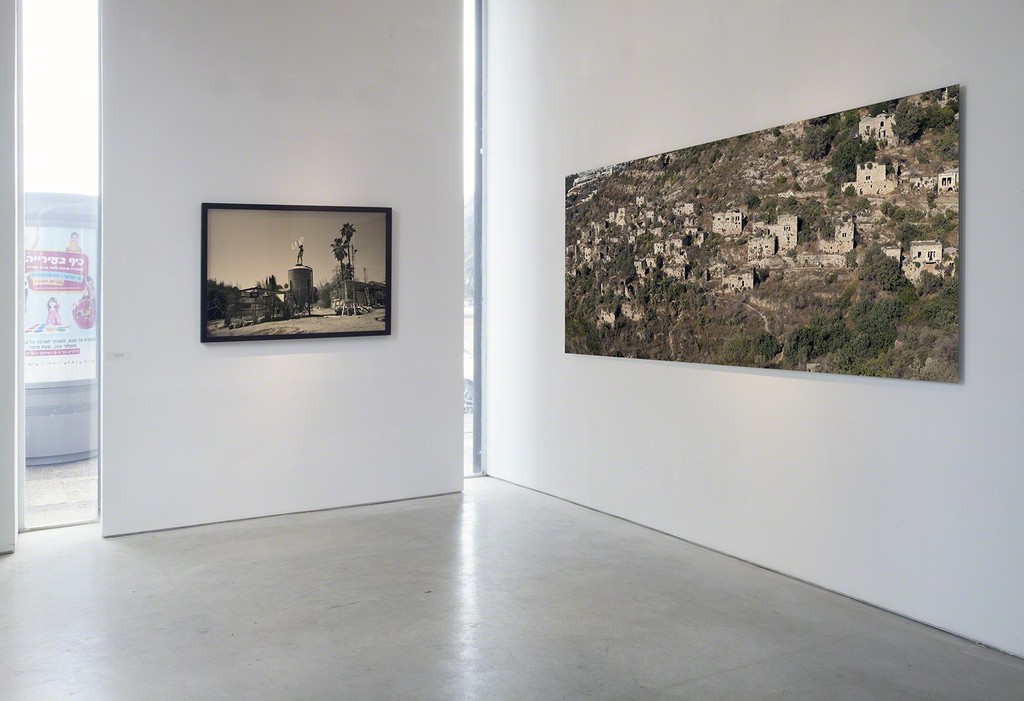 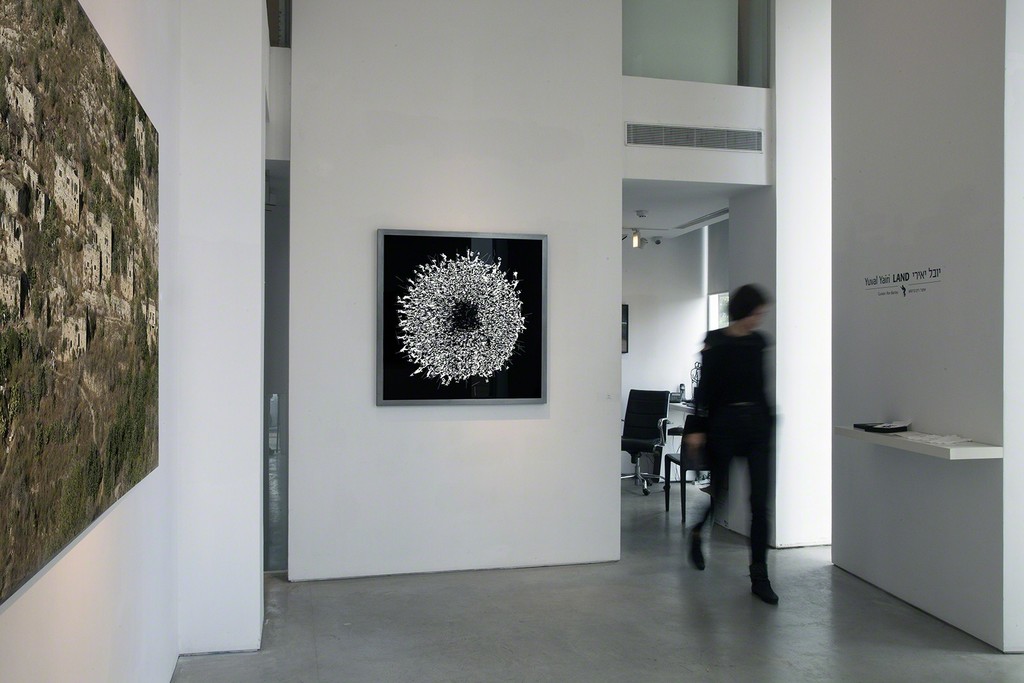 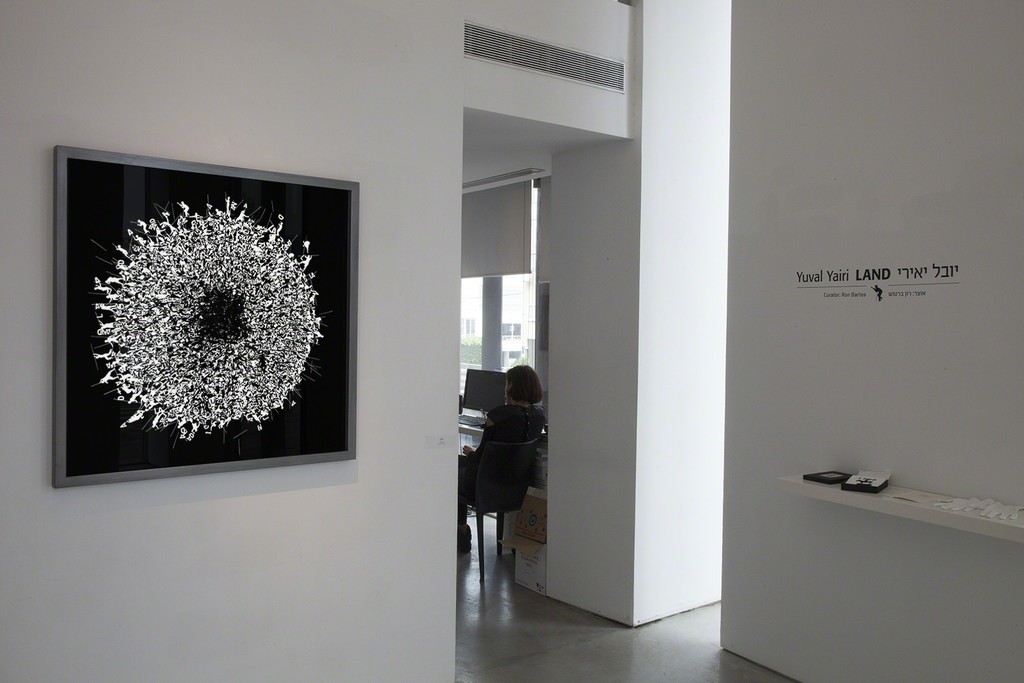 Imagine a white piece of fabric stretched in front of you. A bright light switches on behind it, rendering the screen a smooth and gleaming surface. Now, like in a shadow theater, a man riding a donkey emerges from behind the screen, advancing towards its center.
He holds a long pole, like a flag in the hand of a flag bearer or a spear in the hand of a knight, from which hang the four letters L-A-N-D. He then hoists the letters-pole one way or another, and freezes like a black stain against the white background.
This is the protagonist of Yuval Yairi’s current artistic body of work – the man holding the letters L-A-N-D, the letters of the place.

The word “land” means soil, ground or the territory of a country, but more specifically for Yairi’s intents, it should be taken to mean “a place”. The place is what stands at the heart of the current essay that wishes to look at the body of work rooted in a tenacious effort to define the place.

Yairi first made use of the word “land” as part of the phrase “no-man’s-land”. This was in the framework of his activity with the Muslala group – a group of artists and social activists that initiates artistic actions along the Jerusalemite “seam line”, particularly in Musrara neighborhood. Yairi positioned himself in no-man’s-land in the project VISIT NOMANSLAND, which the group held with the aim of performing a typographic artistic action in a topographic space fraught with meaning. In this project he photographed passersby holding the complete phrase, choosing the word “MAN” or “LAND”, or even just one single letter.