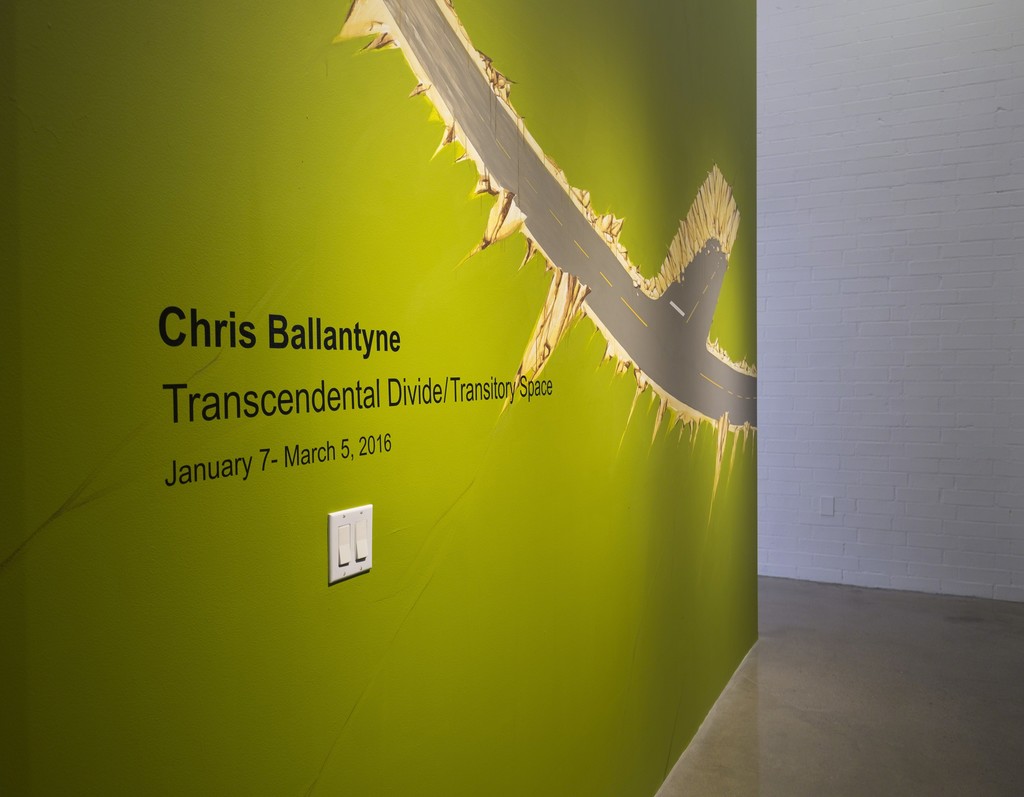 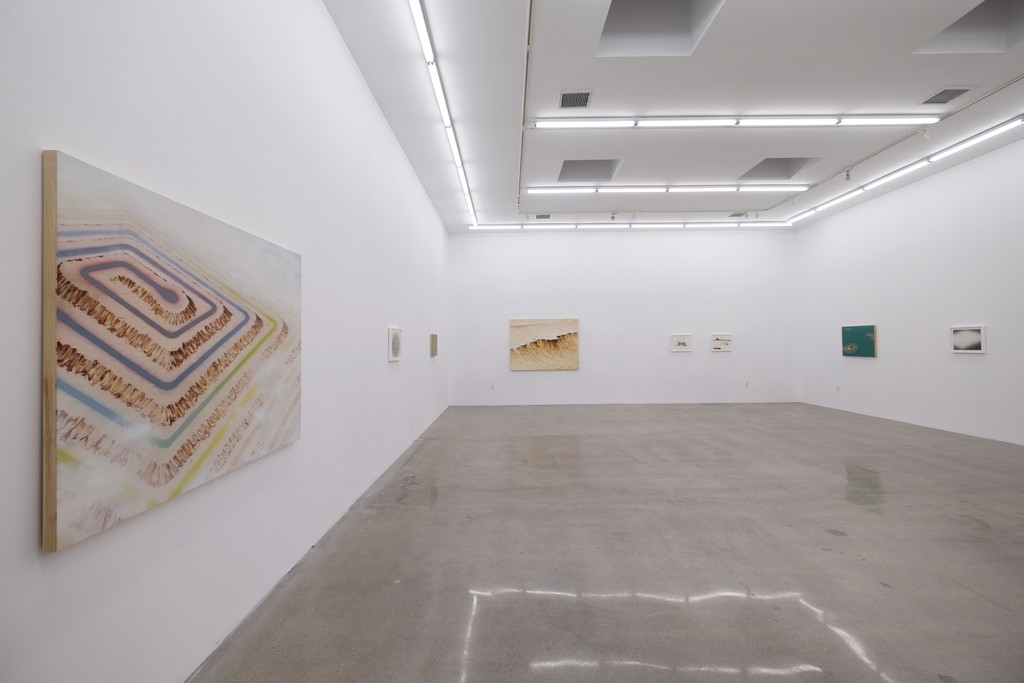 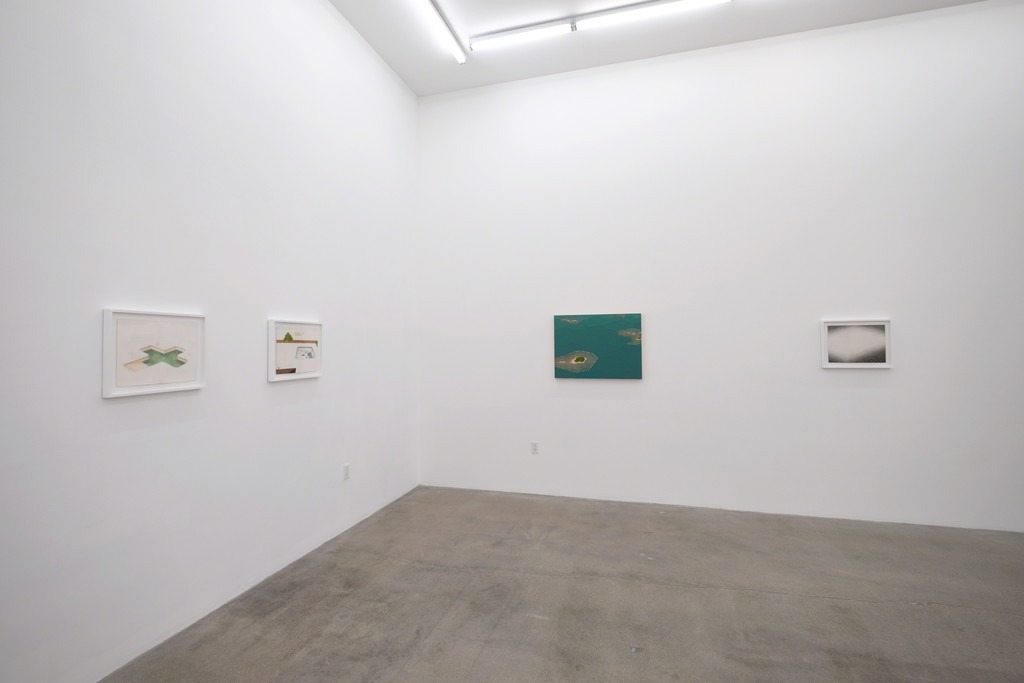 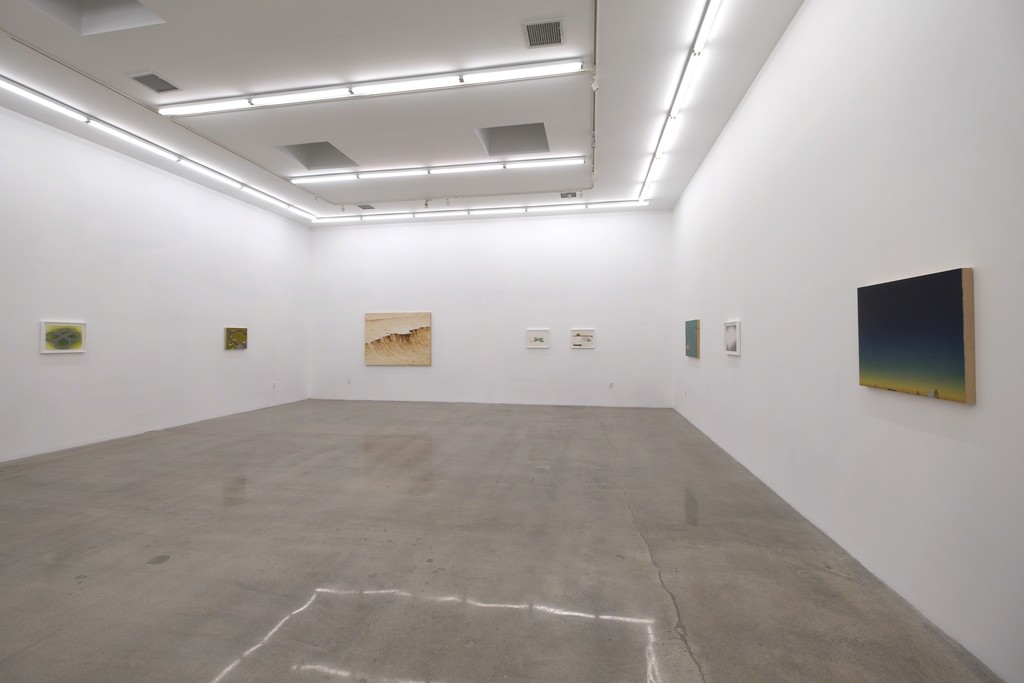 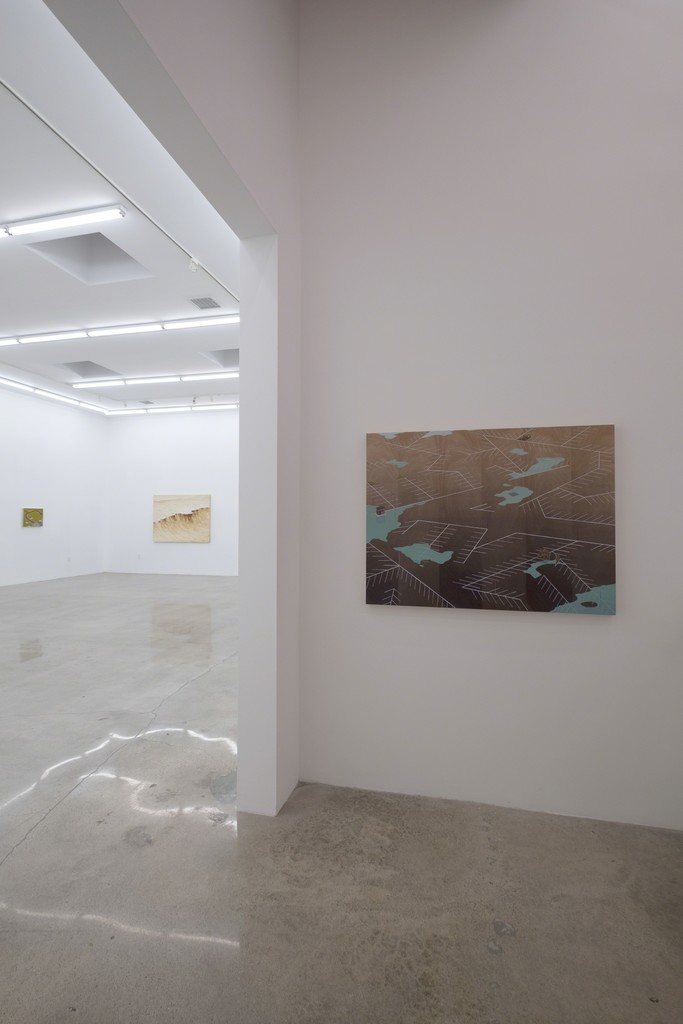 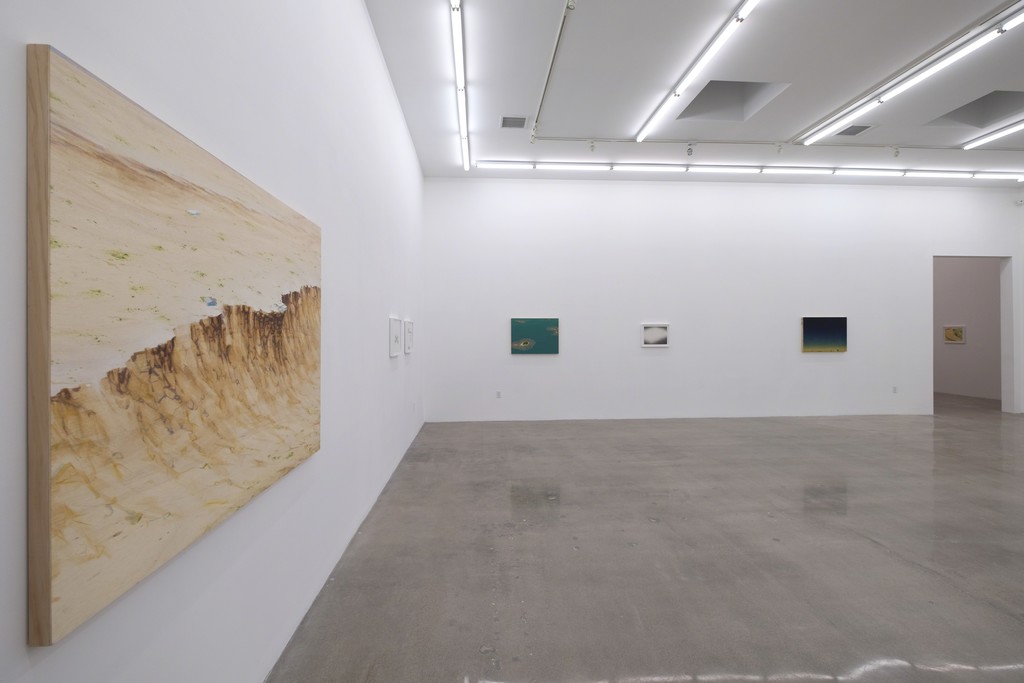 Los Angeles – Zevitas Marcus is pleased to present Transcendental Divide/Transitory Space, an exhibition of new paintings, works on paper and a site specific mural installation by artist Chris Ballantyne. The exhibition will be on view Thursday, January 7 through March 5, 2016 with an opening reception Saturday, January 9.

Transcendental Divide/Transitory Space continues Chris Ballantyne’s exploration of the tensions that exist between nature and man’s ever-expanding imprint on the planet. Employing a dry sense of humor and architecturally precise draftsmanship, Ballantyne delicately renders familiar images of everyday life - a neglected swimming pool, an empty parking lot, a vacant home - and juxtaposes them with often vast expanses of nature. The overall effect is such that signs of civilization start to seem both absurd and obsolete. In this exhibition, a highway interchange becomes an infinity loop; a suburban ranch house is inexplicably perched on the edge of a massive canyon; and a ship, dwarfed in scale to the canvas on which it is rendered, floats into a serene white void.

Ballantyne says of his work, “I want to suggest that the empty space or nothingness has real meaning, or that the everyday and overlooked means something too.”

Indeed, Ballantyne’s paintings are as notable for what is absent from them as they are for what is present. Space, both actual and pictorial, is an ongoing concern for him, and he consistently attempts to subvert the viewer’s expectations of it. In many works, Ballantyne allows the raw wood grain of their panel support to show through with the result that the tension between the natural and the man-made is materially manifested. The aptly titled “Storage Space” shares its physical edge with the edge of the fence depicted within it. Its triangular shape forces a consideration of pictorial boundaries, while placing the viewer squarely into the “missing” half of the painting.

Ballantyne has exhibited at such places as Peres Projects, Los Angeles and Berlin, Steven Zevitas Gallery in Boston, and recently at Hosfelt Gallery in San Francisco and New York. He was included in the 2006 California Biennial at the Orange County Museum of Art, the 2008 “Worlds Away” exhibition at the Walker Art Center and “Passageworks” at the San Francisco Museum of Modern Art. His work is included in the collections of the Whitney Museum of American Art, New York and the Museum of Modern Art, New York. This is his first one-man show with Zevitas Marcus.