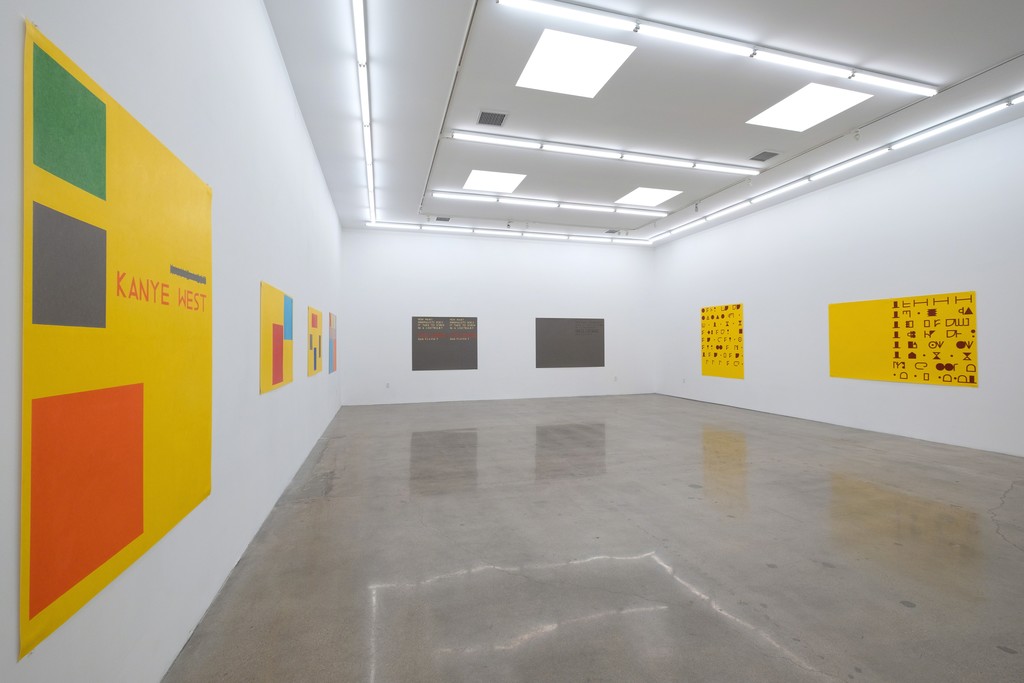 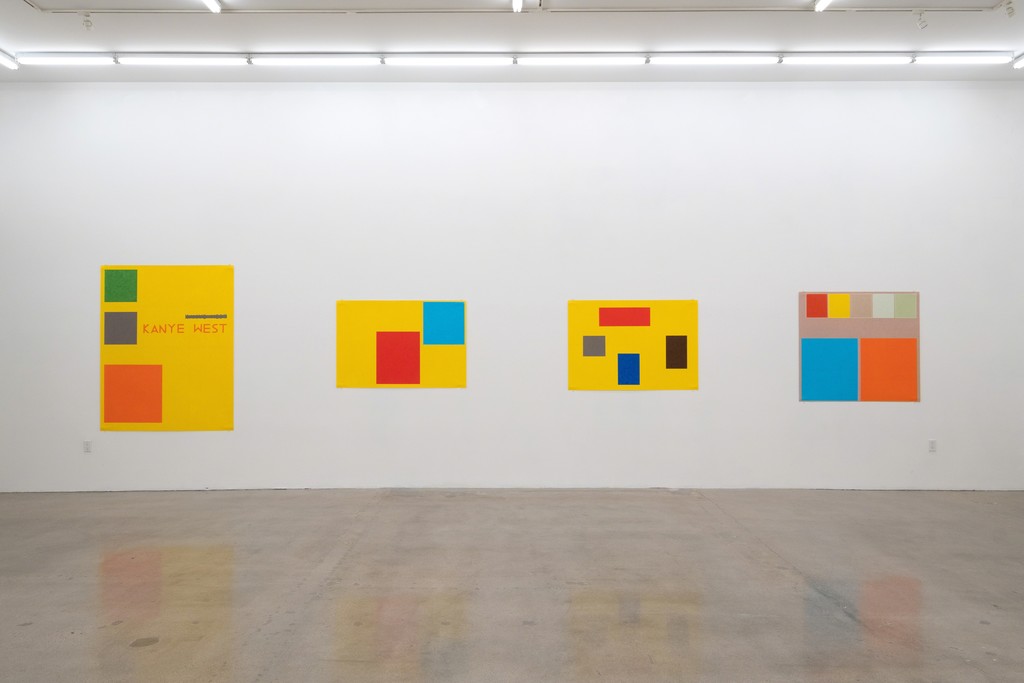 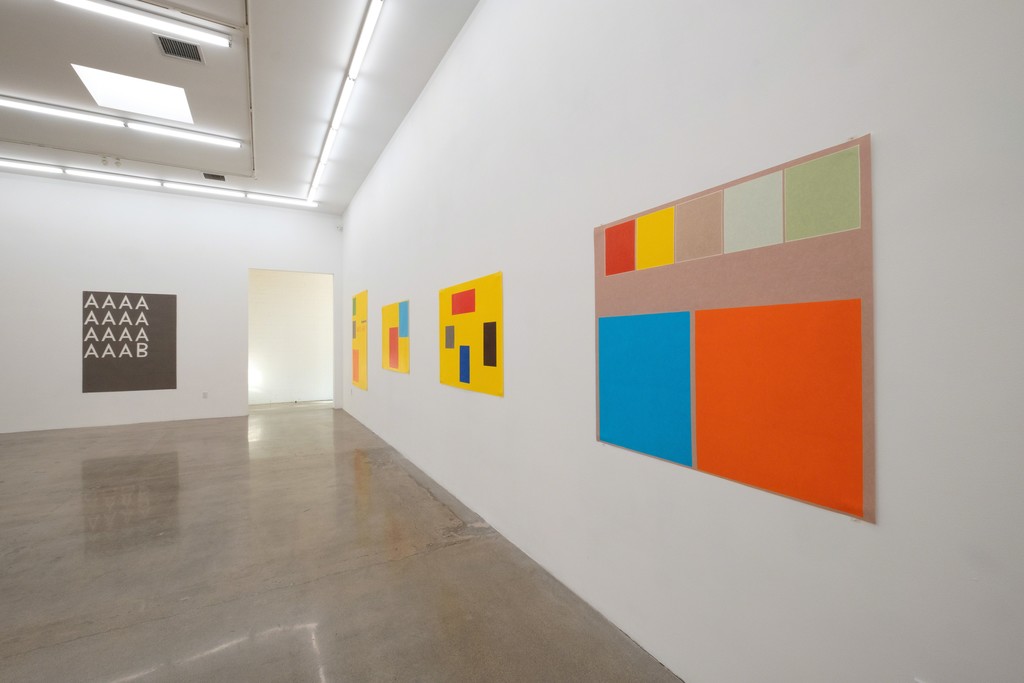 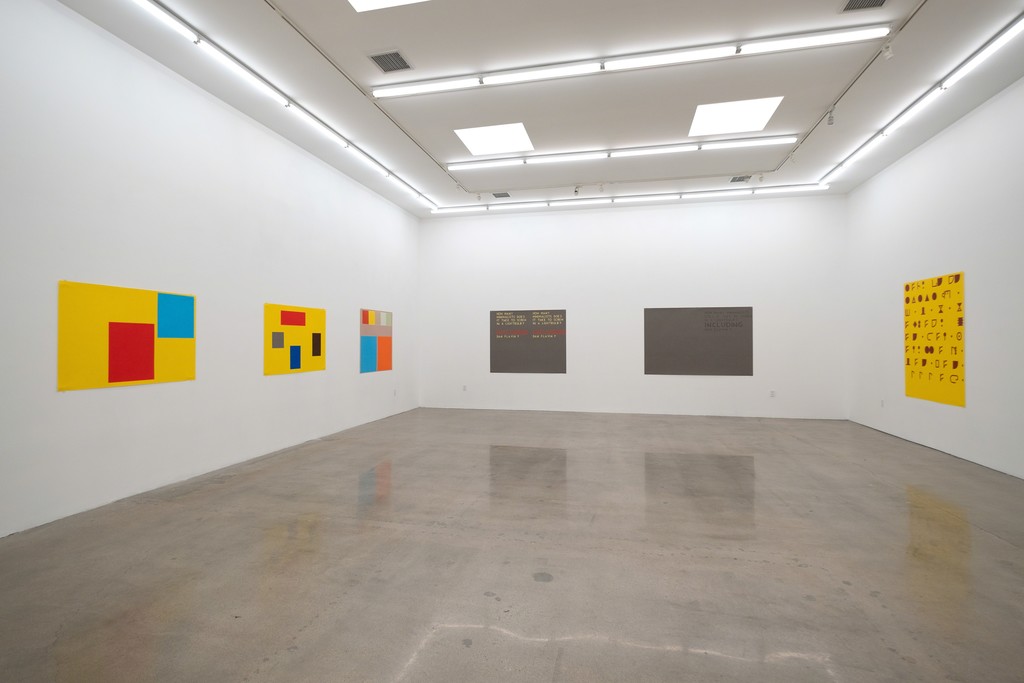 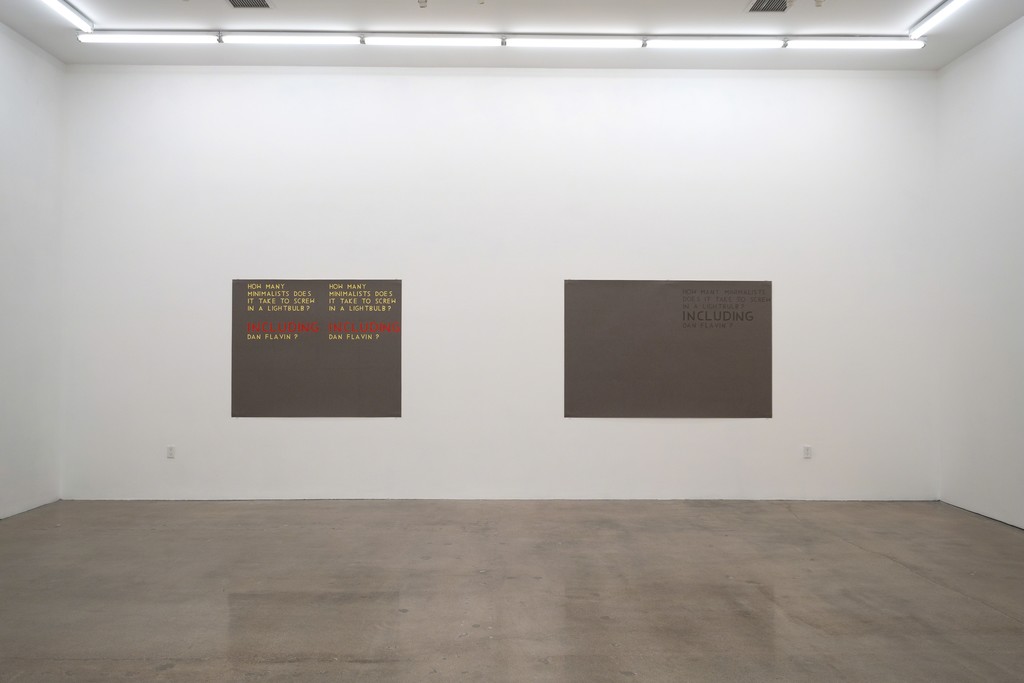 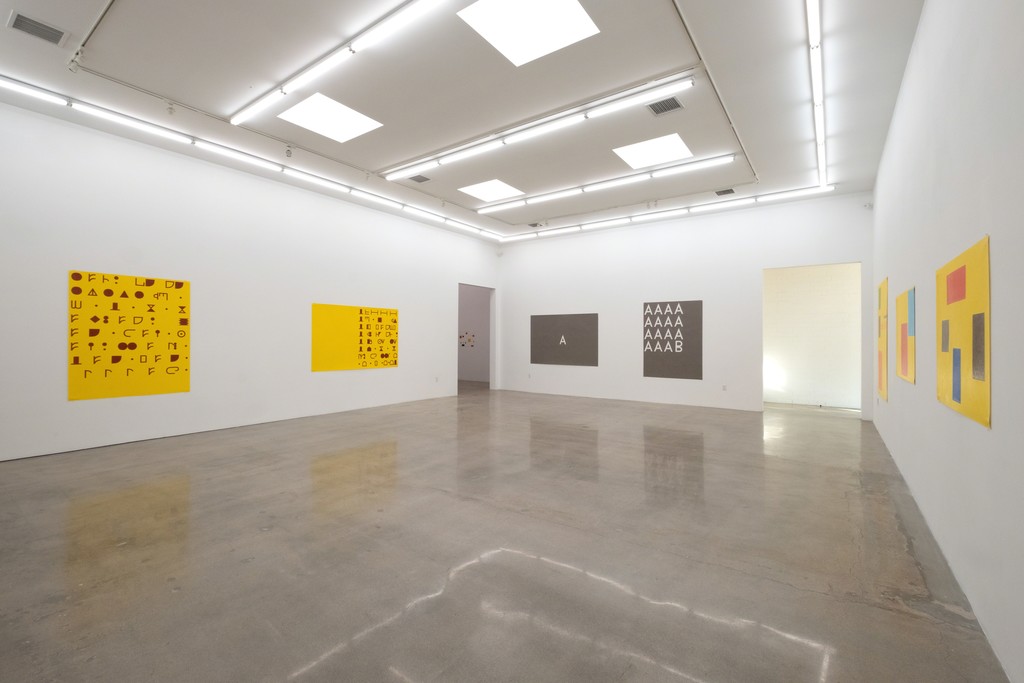 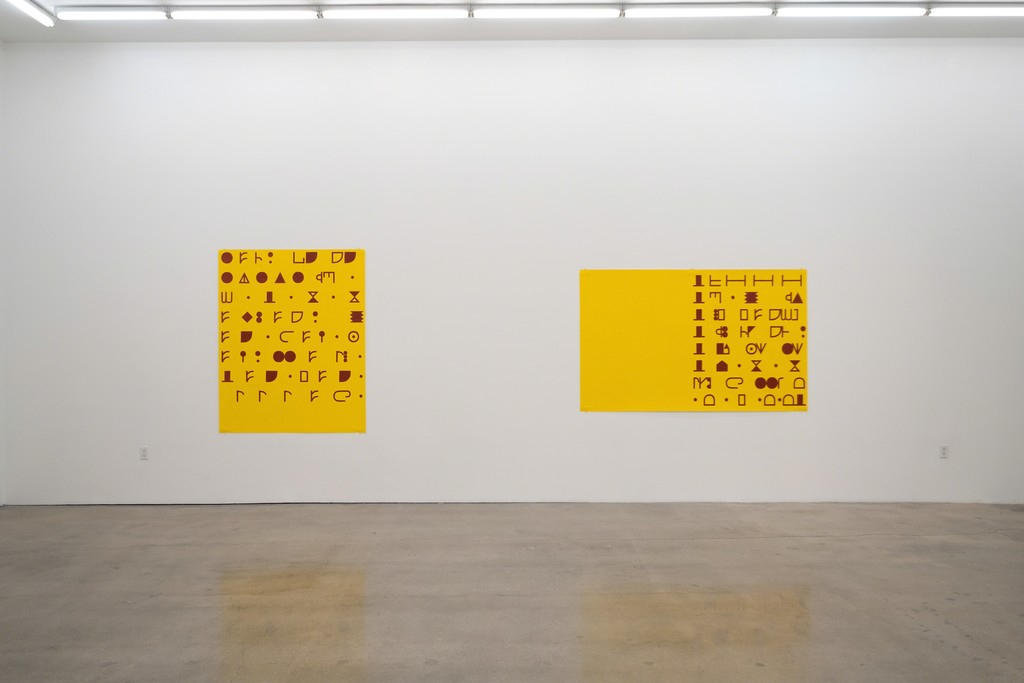 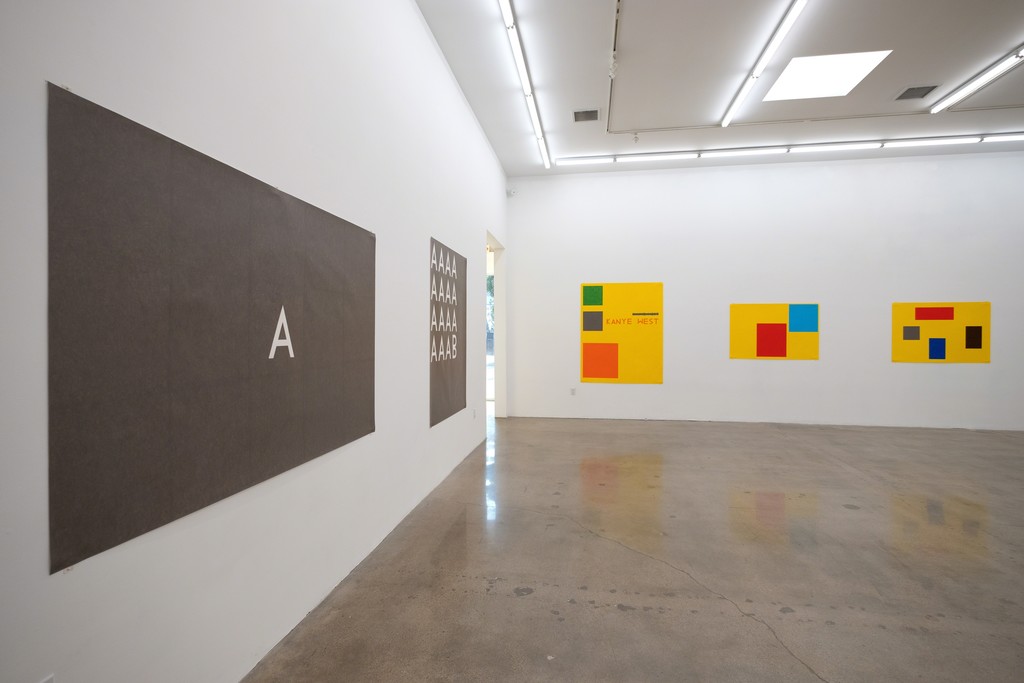 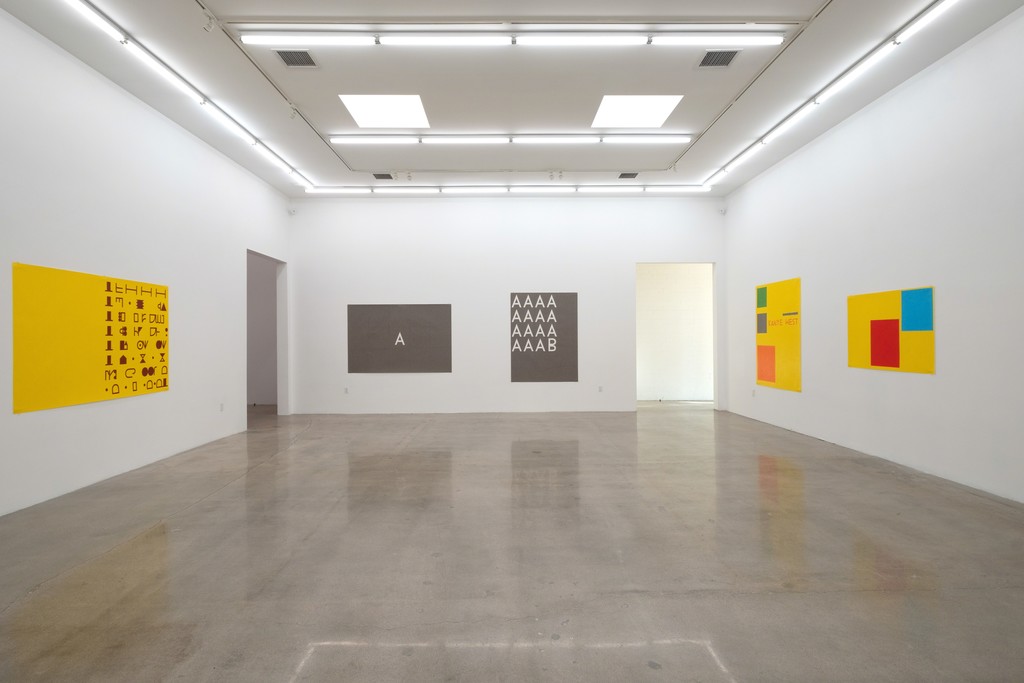 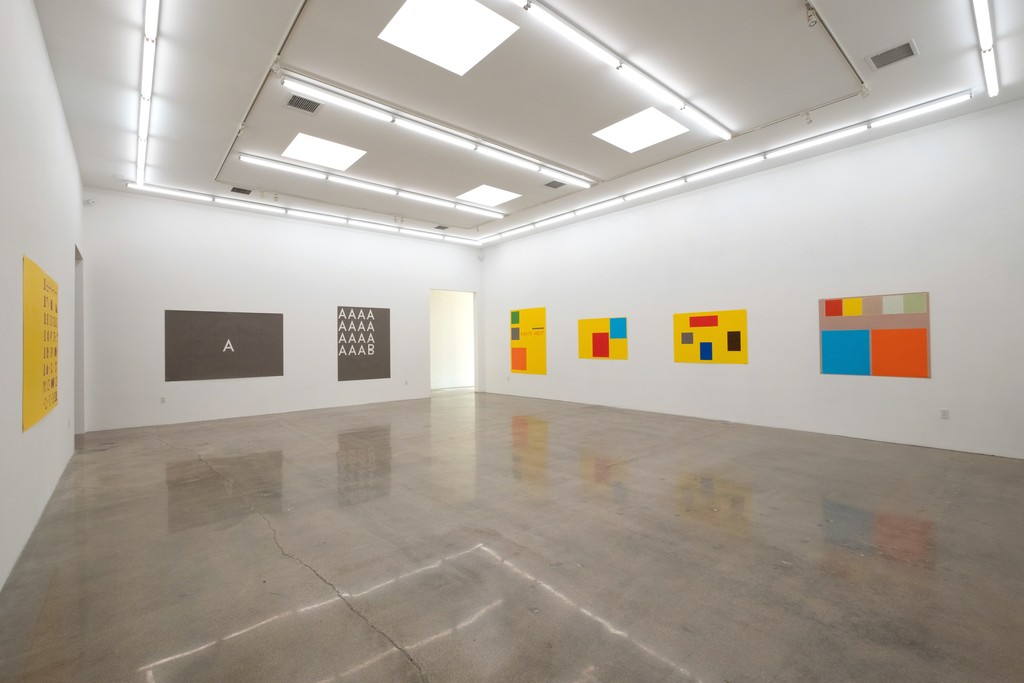 HA HA HA! NO JOKE offers viewers a summation of the past three years of Levine’s practice. Finding inspiration in poetry, prose, popular culture and art history, Levine’s most recent work merges abstraction and language in order to investigate how both operate on visual and conceptual levels. In earlier works, Levine’s text was meant to be read; in his recent work, which operates as a sort of concrete poetry, he is more interested in how text acts when it is unshackled from its culturally assigned meaning. The dozen six-foot works on display were all executed with colored pencils on paper, which has been Levine’s primary medium for close to two decades. Meticulous and concentrated, each work takes at least three weeks to make.

Humor has always been an important component of Levine’s work. In his series HOW MANY MINIMALISTS DOES IT TAKE TO SCREW IN A LIGHT BULB? INCLUDING DAN FLAVIN? Levine turns a self-made joke into a vehicle for formal (and spiritual) abstract discovery. Through redaction, elision, and reorientation, Levine pushes his examination of language as abstraction even further. In his series, titled LESSONS, Levine takes the ultimate step of creating his own language. Levine formed a dialect of 55 symbols with each representing a word or short phrase. He uses that vocabulary to write poems, which in turn generate “abstract” drawings. Levine encourages the viewer to see beyond the constructs that typically define language, and alternatively, to approach letters and words as another possibility within the realm of abstraction.