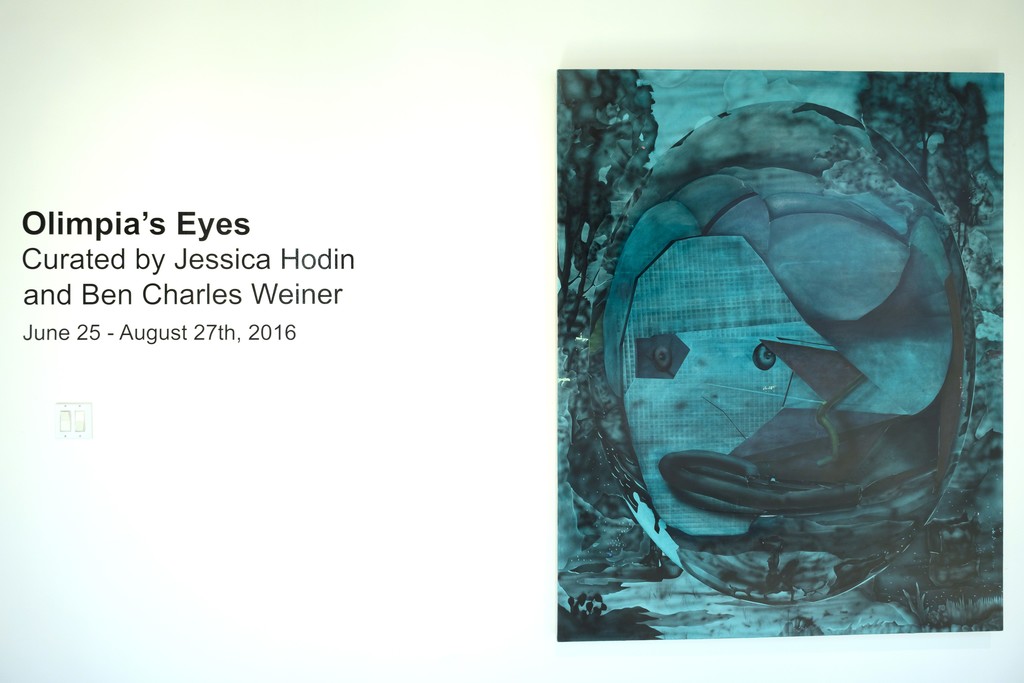 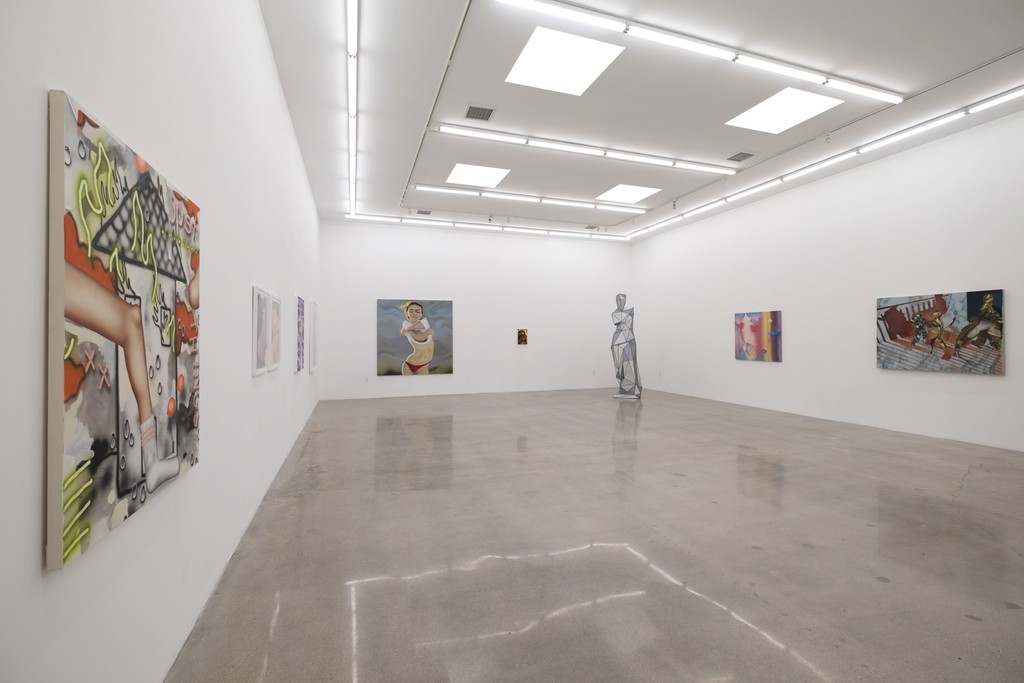 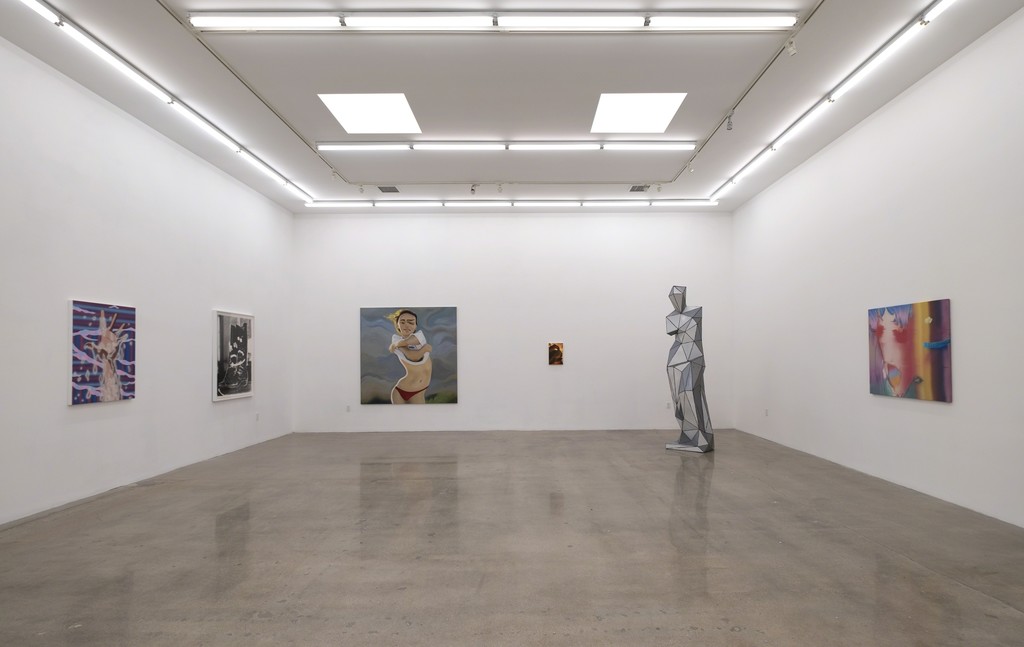 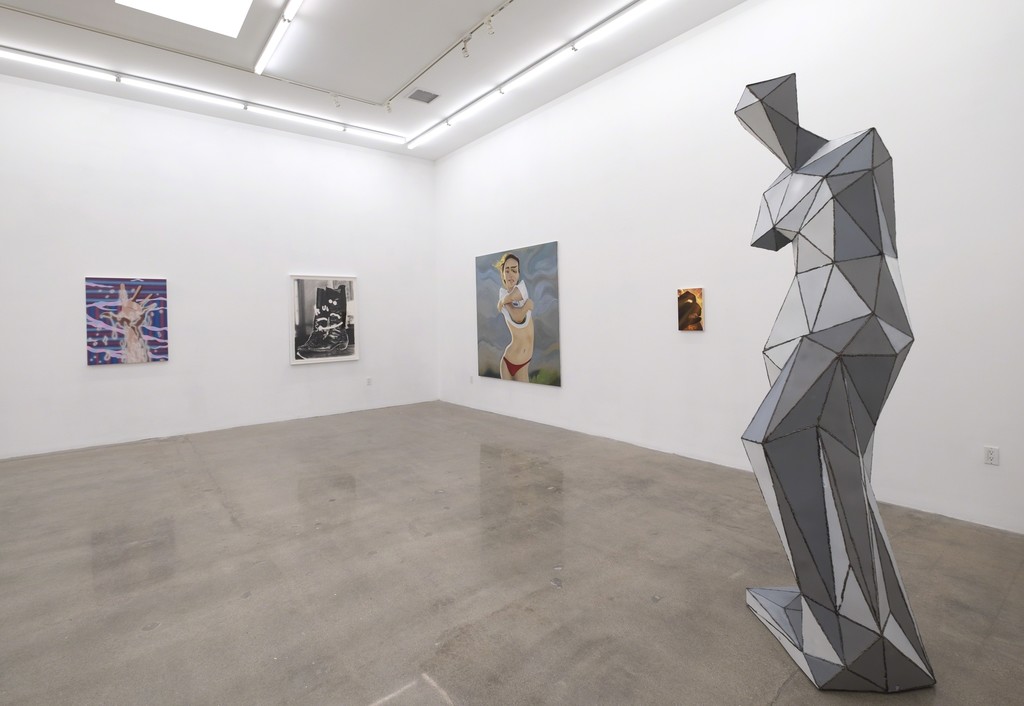 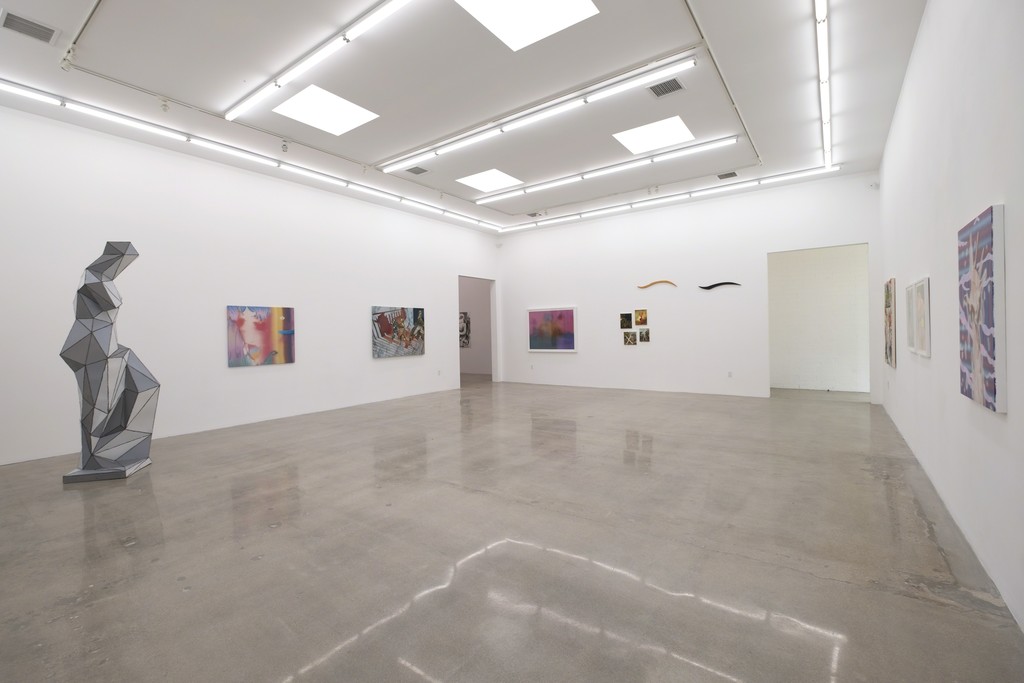 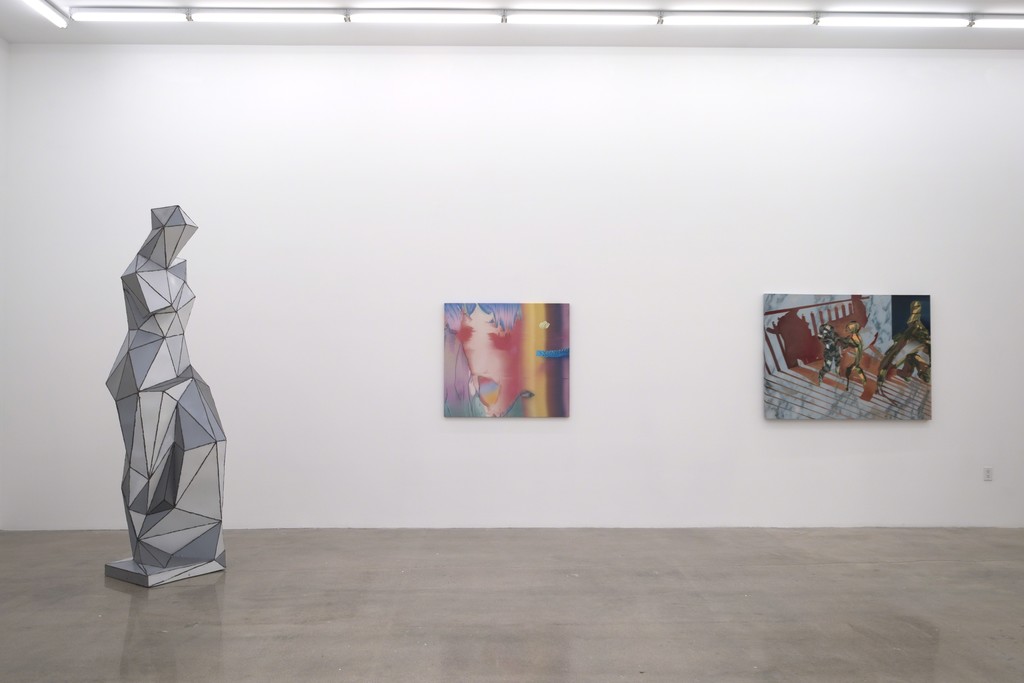 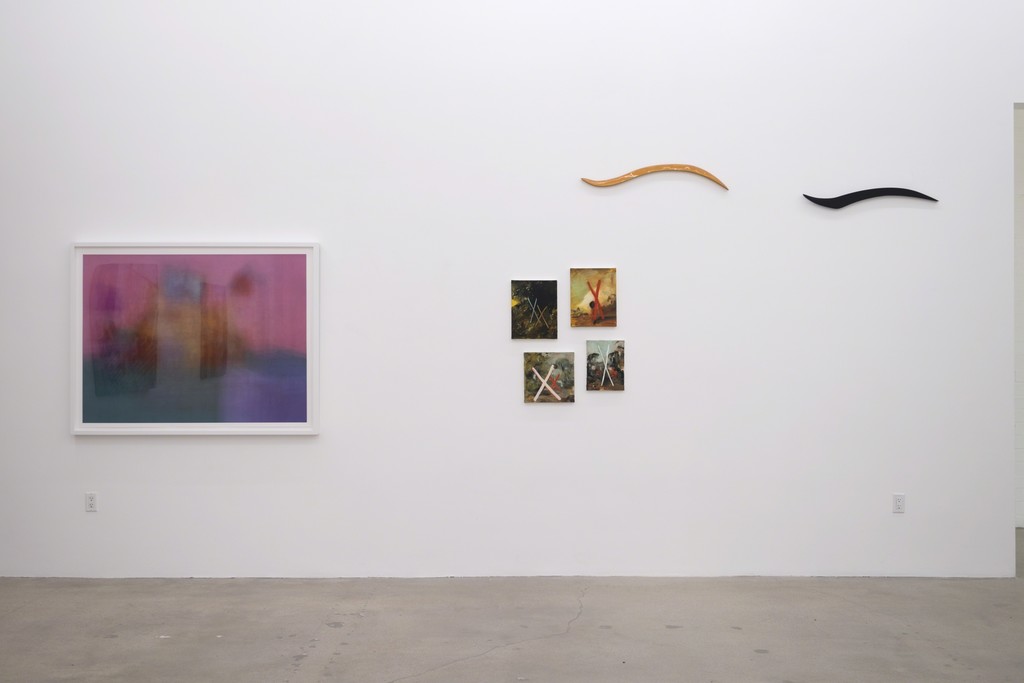 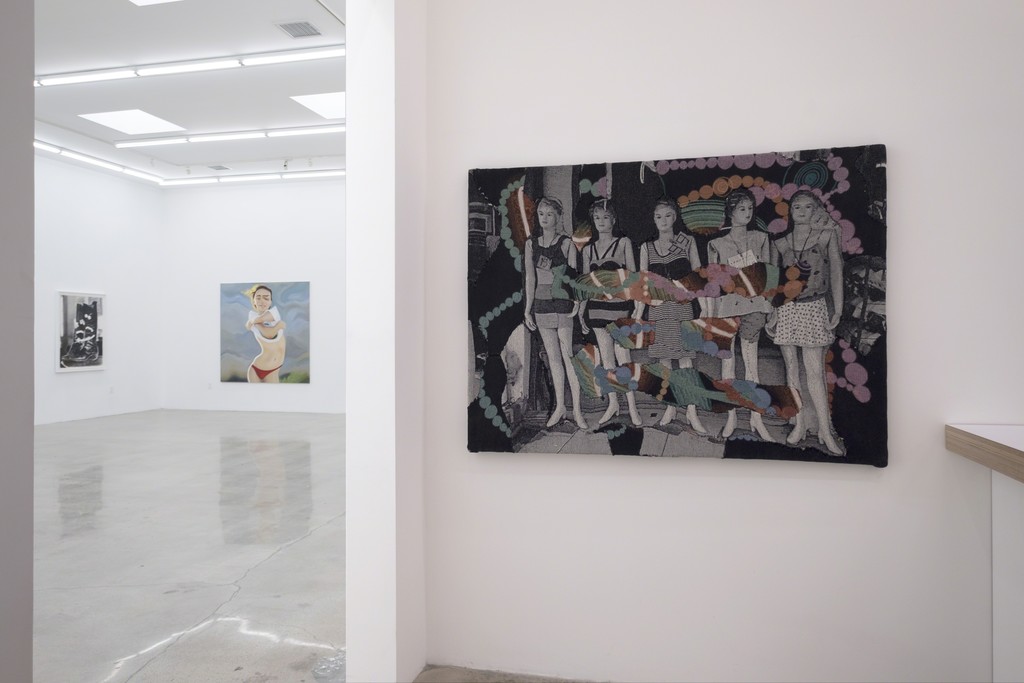 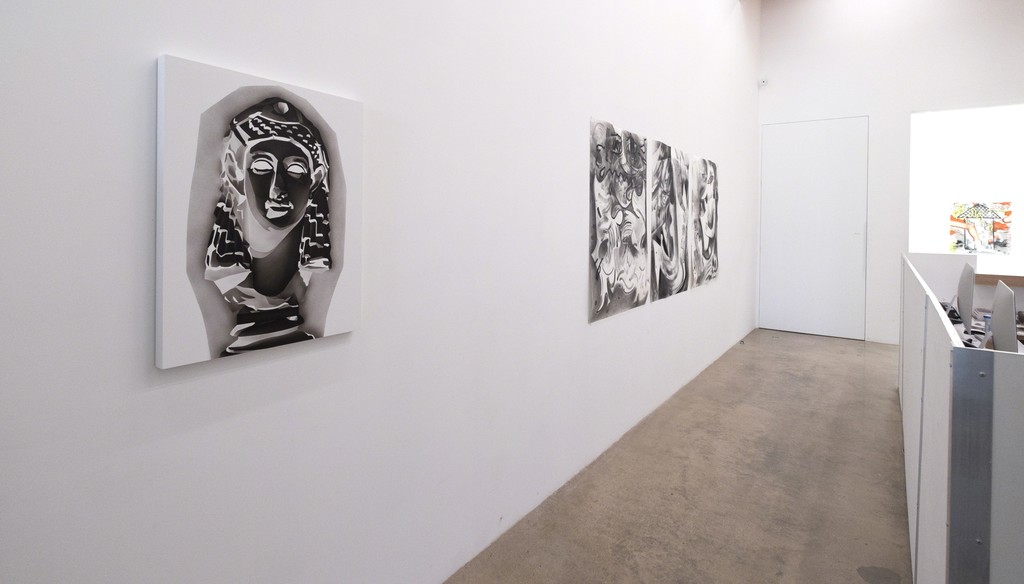 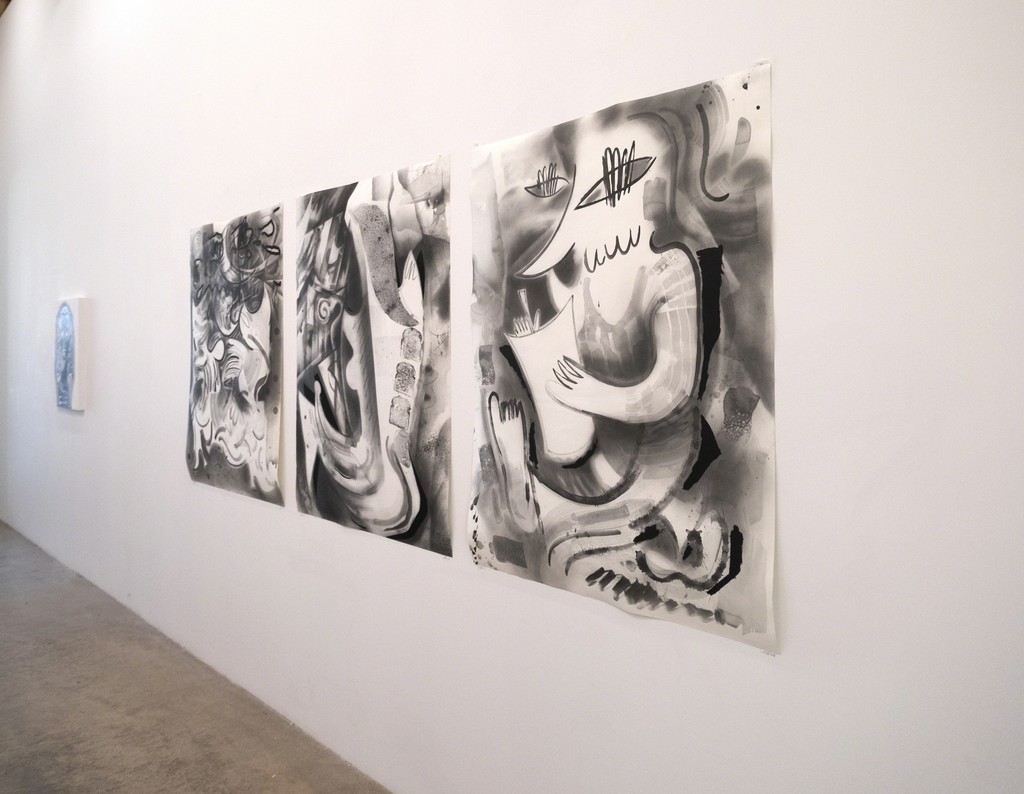 The term “uncanny valley” is now widely used by theorists to describe the unsettling feeling that certain types of technology can give us. Computer animation and robotics, in particular, can invoke strong feelings of unease in viewers due to their hyper-realistic simulation of human attributes. In his exploration of the phenomenon, Sigmund Freud references T.A. Hoffman’s story “The Sandman”, in which the protagonist, Nathanael, falls in love with a female automaton, Olimpia. Upon seeing Olimpia’s eyes removed from her body, Nathanael has the uncanny realization that the “woman” he loved is really a machine.

Olimpia’s Eyes explores the experience of the uncanny valley as it relates to new trends in figurative painting and sculpture. Using the traditional subject of the figure, the exhibition presents a version of identity that incorporates both virtual and physical aspects. Several of the artists on view, including Lee Piechocki, Ben Wolf Noam, Tracy Molis, Ryder Ripps, and Rachel Rossin, do so by painting or sculpting the figure from a computer-rendered source. Others, including Josh Reams, Eric Yahnker, Anthony Iacono, Conor Backman, Michael Dotson, Jenna Gribbon, Rallou Panagiotou, Lauren Silva, and Chloe Seibert, present detached body parts, or forms that have been digitally cropped, objectified or otherwise reduced. A third way the uncanny valley phenomenon manifests itself is through artists’ simulation of the figure through an aggressive accumulation of multiple images, as in the work of Jason Salavon, Brian Scott Campbell, and David B. Smith.

In his exploration of the uncanny, Freud also delves into the idea of the double. The doppelgänger is the identical other – often connected almost supernaturally – and shares feelings, behaviors, and actions. While the uncanny valley can refer to the disturbingly human appearance of robots and computer generated characters, it has wider relevance within our post-internet environment, where people spend significant time online as virtual identities, and human interaction is inseparable from technological interfaces. In this realm, identity is malleable, and we are often unsure of who – or what – is beneath the avatars with whom we connect and interact. The paradigm of translating the real into the virtual is now being reversed and the lens through which we interpret real life is inextricably tied to the virtual worlds we spend so much time in each day. Reveling in this sense of unease, Olimpia’s Eyes reflects this time when the technological and the human seamlessly intertwine.

JESSICA HODIN
Jessica Hodin received her BA from Dartmouth College, New Hampshire, with a major in Art History and holds a Master's Degree in Art Business from the Sotheby's Institute of Art, New York. For three years she was with the Winston Art Group focusing on sales strategy, placing her clients' artworks in the ever-changing markets to achieve maximum returns. From 2013-2014, she curated and directed the Bleecker Street Arts Club in
Manhattan's West Village. Currently, Jessica manages Art Basel's Crowdfunding Initiative, a partnership with Kickstarter that supports non-commercial art projects. She is part of Art Basel's New Business Initiative's team, which handles strategic brand positioning through the development and implementation of new projects on behalf of the Swiss-based fair. She continues to advise clients with respect to art acquisitions and pursue independent curatorial projects.

BEN CHARLES WEINER
Ben Charles Weiner received his BA from Wesleyan University, Connecticut, and studied independently under Mexican muralist José Lazcarro at Universidad de las Americas, Mexico. He has exhibited his work internationally with shows at institutions including the Aldrich Contemporary Art Museum, the Ezra and Cecile Zilkha Gallery, the Carnegie Art Museum, the Orange County Museum of Art, Mana Contemporary, the Tarble Art Center, and the Boca Raton Museum of Art. His work is in collections including Sammlung/Collection Mondstudio, the Progressive Collection, The Microsoft Collection, and the Frederick R. Weisman Foundation Collection. He was the recipient of 2012 Fiscal Sponsorship with NYFA, and a 2010 NYFA Painting Fellowship. Weiner has been written about in many notable publications such as The New York Times, The Wall Street Journal, and Interview Magazine. Ben would like to give special thanks to research assistant Lydia Boehm for her contribution to Olimpia’s Eyes.