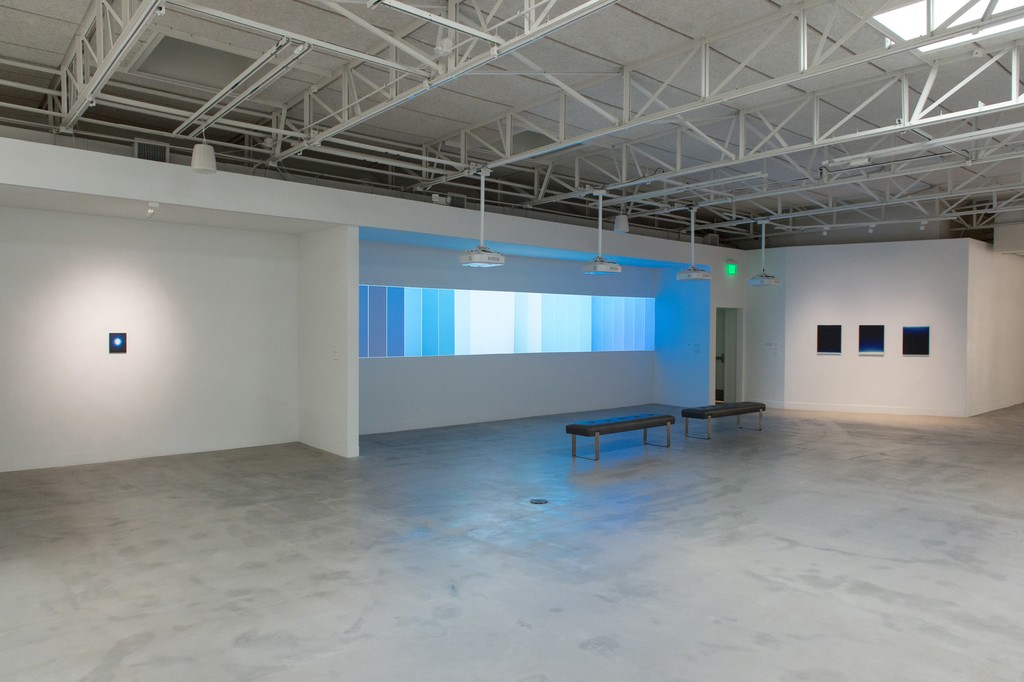 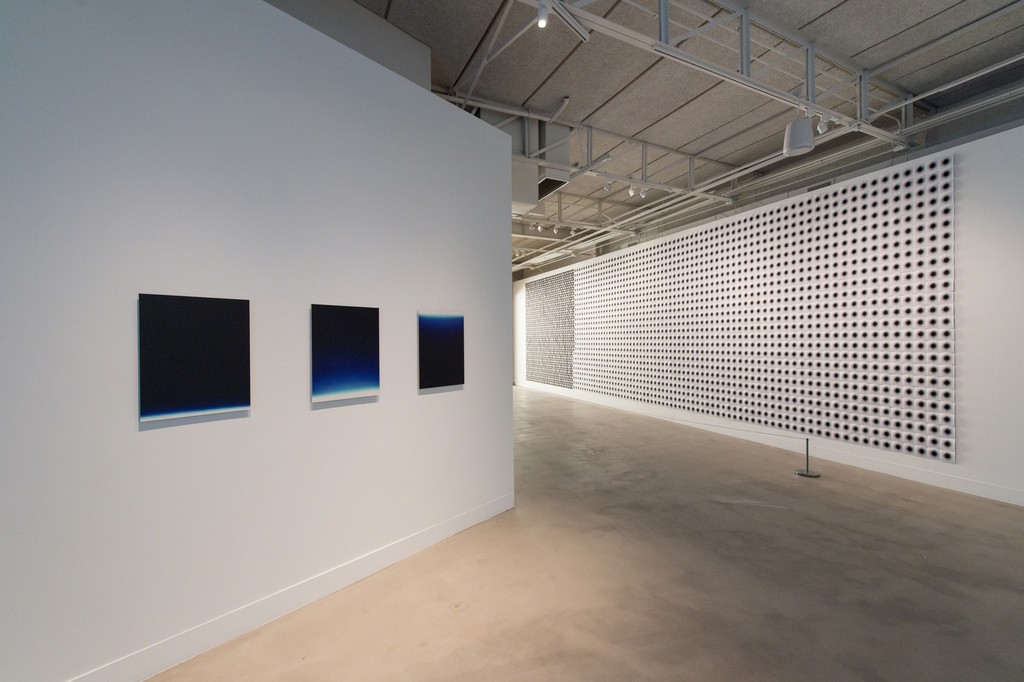 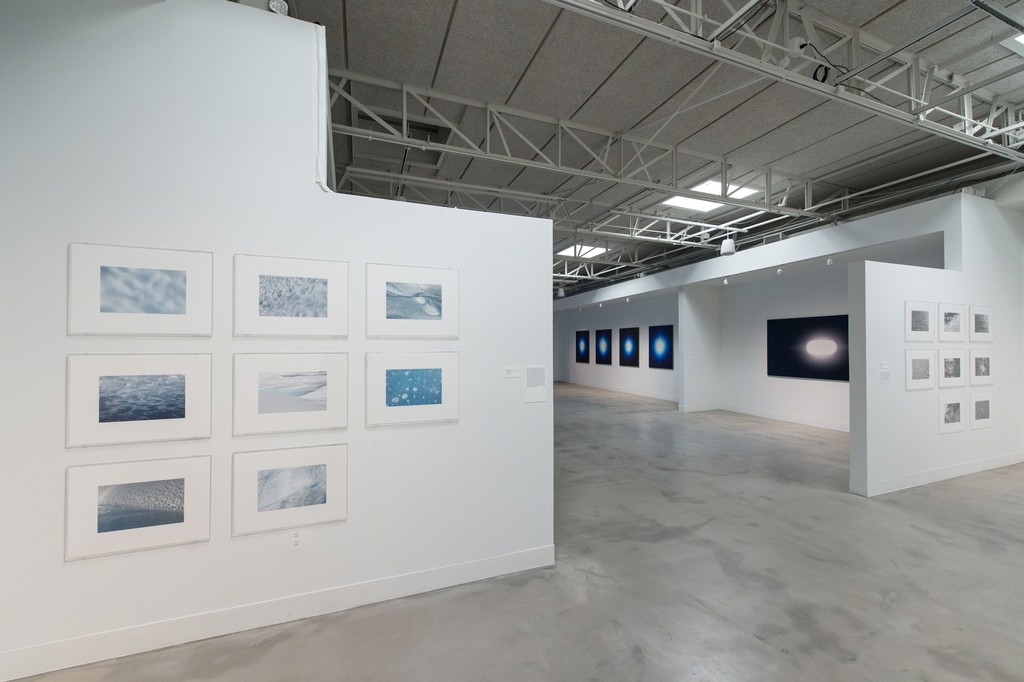 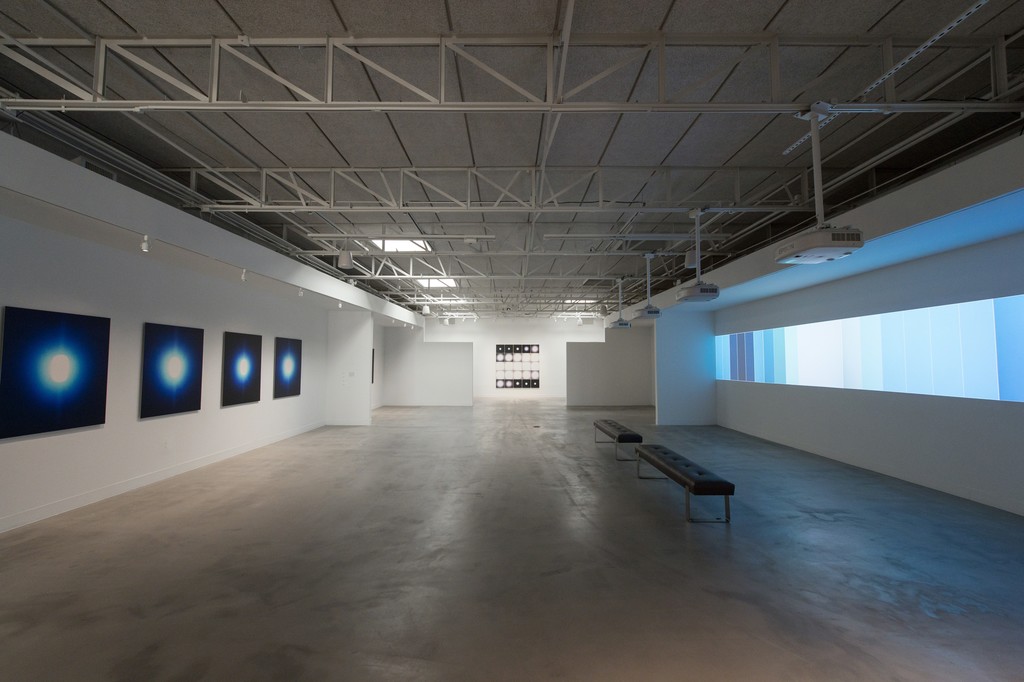 Zhulong Gallery is pleased to announce, Erika Blumenfeld: Light of the Midnight Sun, an exhibition of time-based works resulting from the artist’s residency in Antarctica with the Interpolar Transnational Art Science Constellation, and her ongoing study of light phenomena. Blumenfeld’s minimalistic style veils the rich content and meaning held within the works. While visually akin to works by noteworthy light artists and Minimalists of the 50s, 60s and 70s, Blumenfeld’s practice subtly asserts the necessity of environmental and ecological conservation as she pushes to the fore issues of climate change, and the significance of the polar regions to our global environmental health. Light of the Midnight Sun provides viewers with the opportunity to experience the Antarctic continent through Blumenfeld’s conceptually driven practice of writing in light.

Continuing her Light Recordings series, Blumenfeld will mount new video and photographic works from Antarctica that explore the essence of place and polarity, which evolves directly from the medium of photography (writing with light) and the subject (the light at the southernmost place on the globe). Photographed by her self-built lensless camera, this series––by process and conception––distills light down to its barest essence. Of this series, Blumenfeld writes: “The work documents real astronomical phenomena, chronicling both the exact location on the earth where the exposure was made and also the precise time—thus, temporality and locality are caught in an eternal embrace. This body of work also explores the idea of polarity, an idea that is inherent in the very foundation of the photographic medium; each image having both a positive and negative counterpart wherein one always derives from the other.”

Individual works will reference phenomenon like the 2475 full moons that have occurred between the year 1900 and 2100. Marking a 200-year period of scientific evidence and dialogue about human climate disruption, this large-scale installation conceptualizes the act of data collection, and also forebodes the year when climate scientists project drastic and undeniable change. Other works in the exhibition depict polarity—as it relates to the four directions, arctic regions, but also the medium of photography itself with its negative and positive manifestations. Photographic portfolios—the artist’s sketchbooks—documenting the phenomenon of ice and light will also be displayed in the gallery, as well as previous works by Blumenfeld that portray the intertwining of light and time.

About the Artist:
Erika Blumenfeld (b. 1971, USA) is a multi-disciplinary artist whose work is concerned with the wonder of natural phenomena and our relationship with our natural environment. Approaching her work like an ecological archivist, Blumenfeld has chronicled a range of subjects, including atmospheric and astronomic phenomena, bioluminescent organisms, the polar regions, wildfires, and the natural night sky. In each series, the artist investigates the simple beauty and complex predicament of our environment and ecology, working with scientists and research institutions such as the Scripps Institution for Oceanography, the McDonald Observatory, the South African National Antarctic Program and NASA.