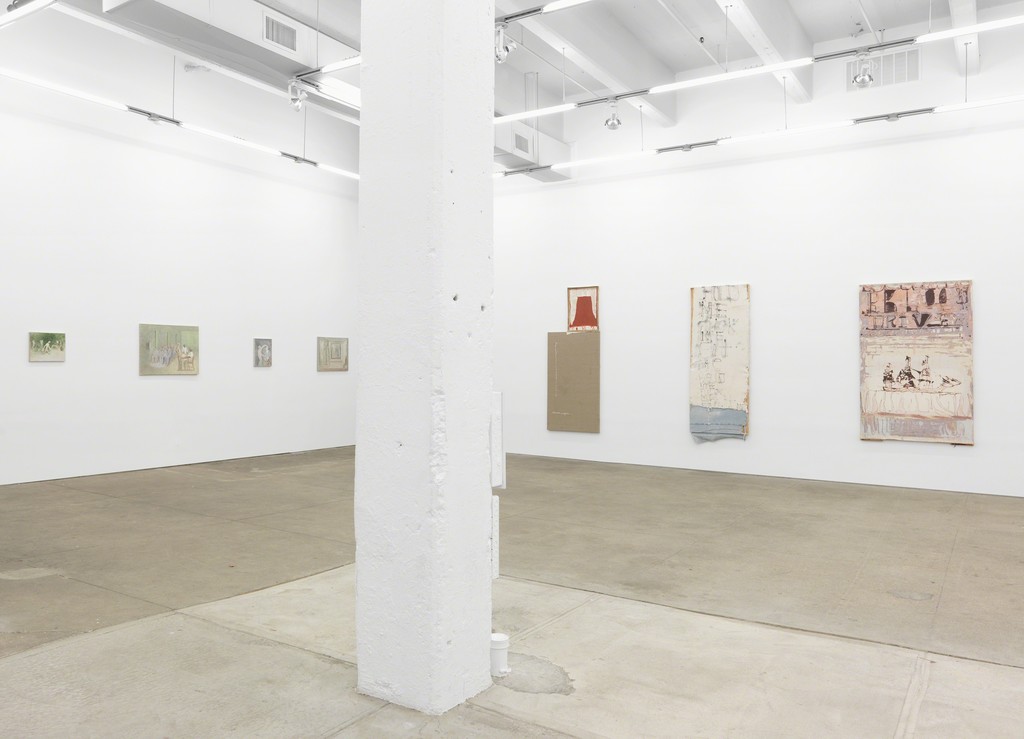 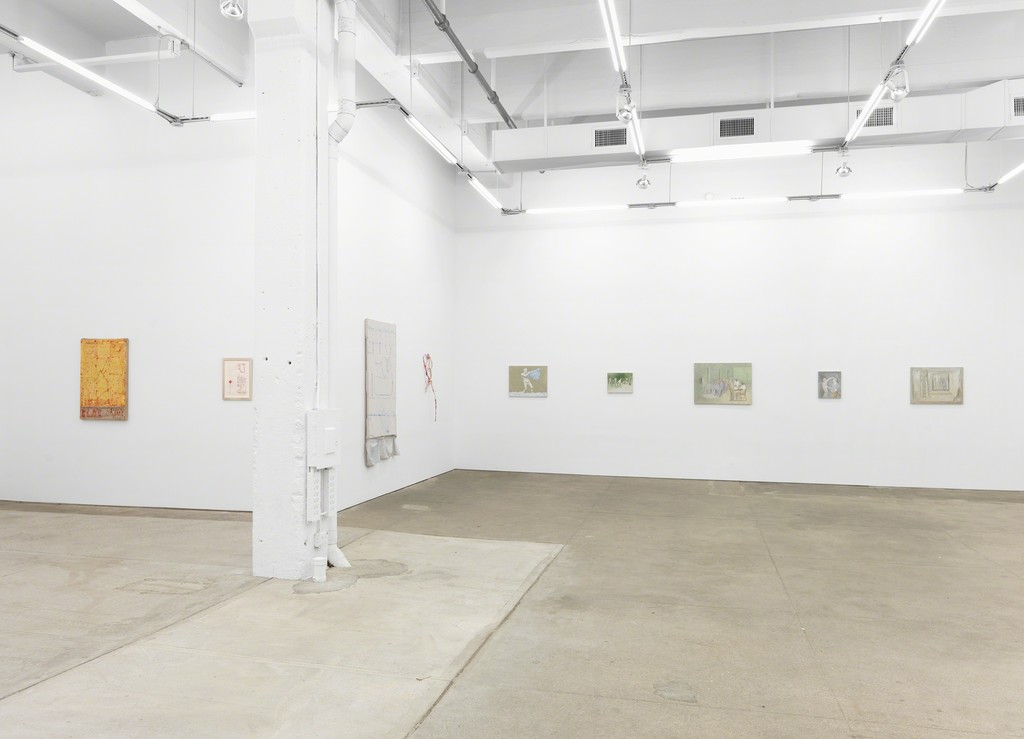 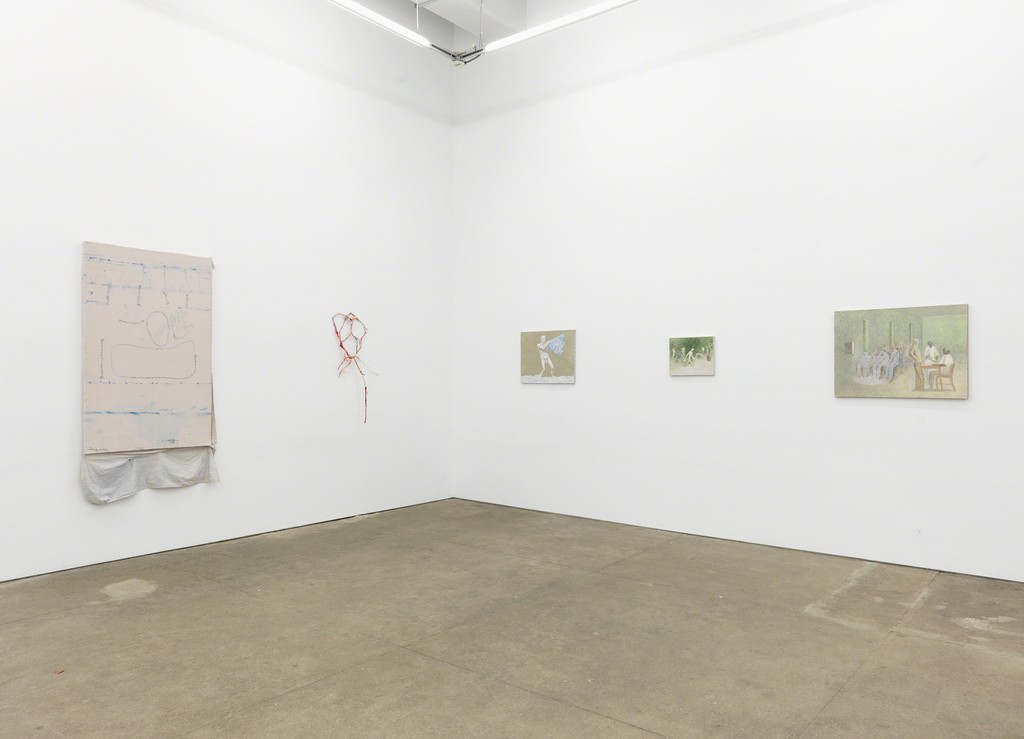 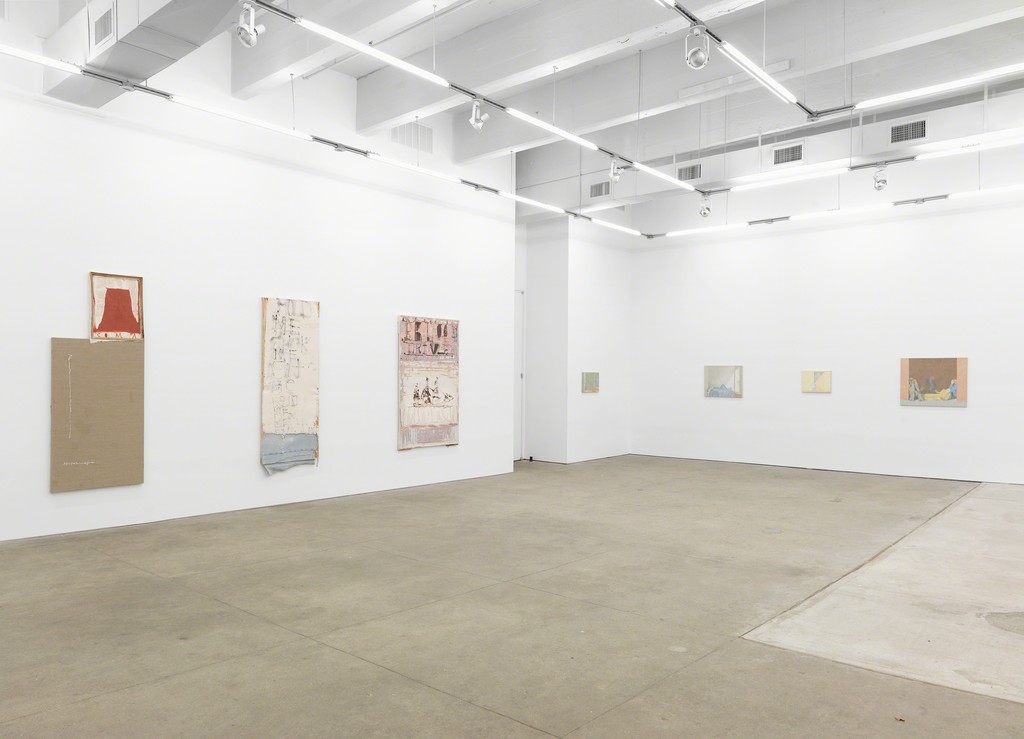 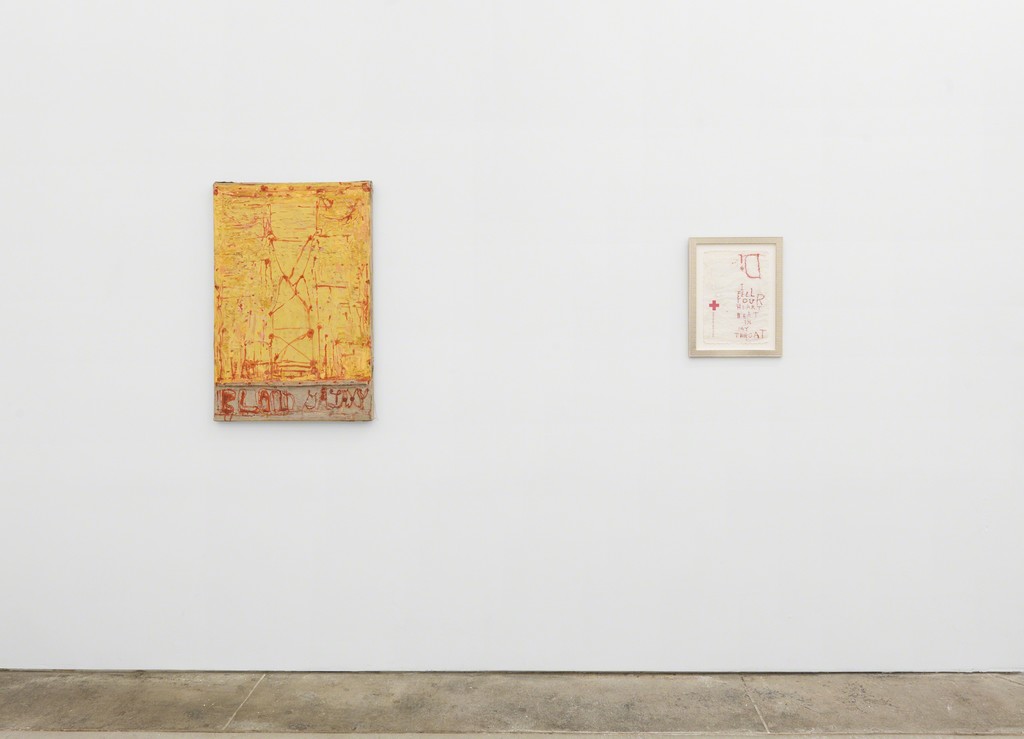 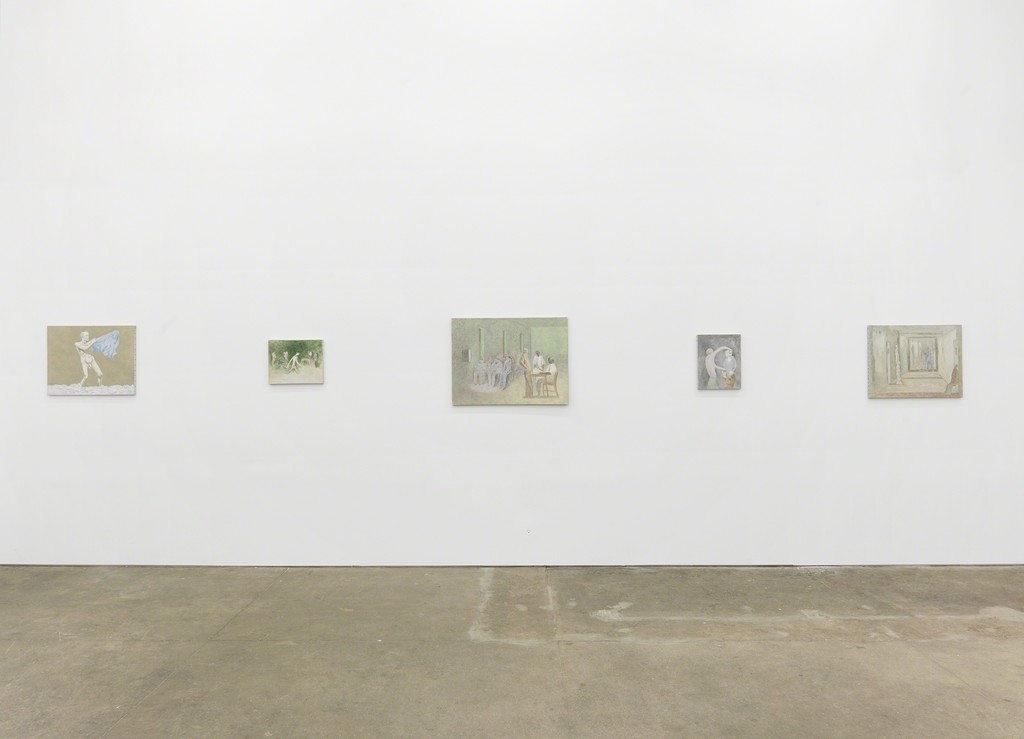 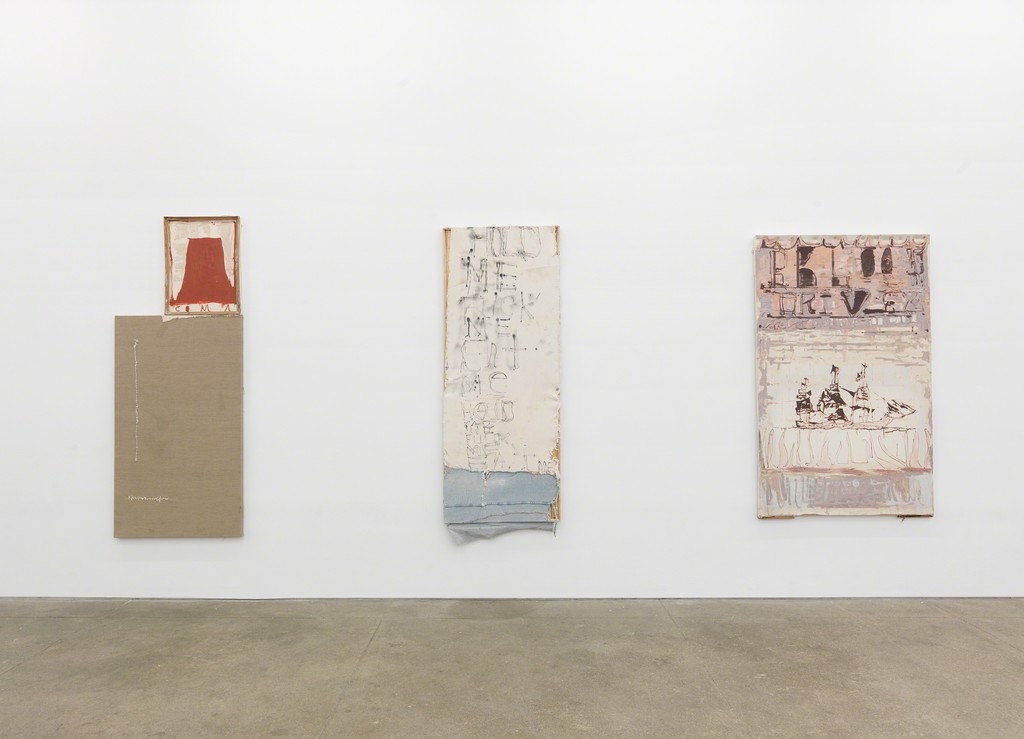 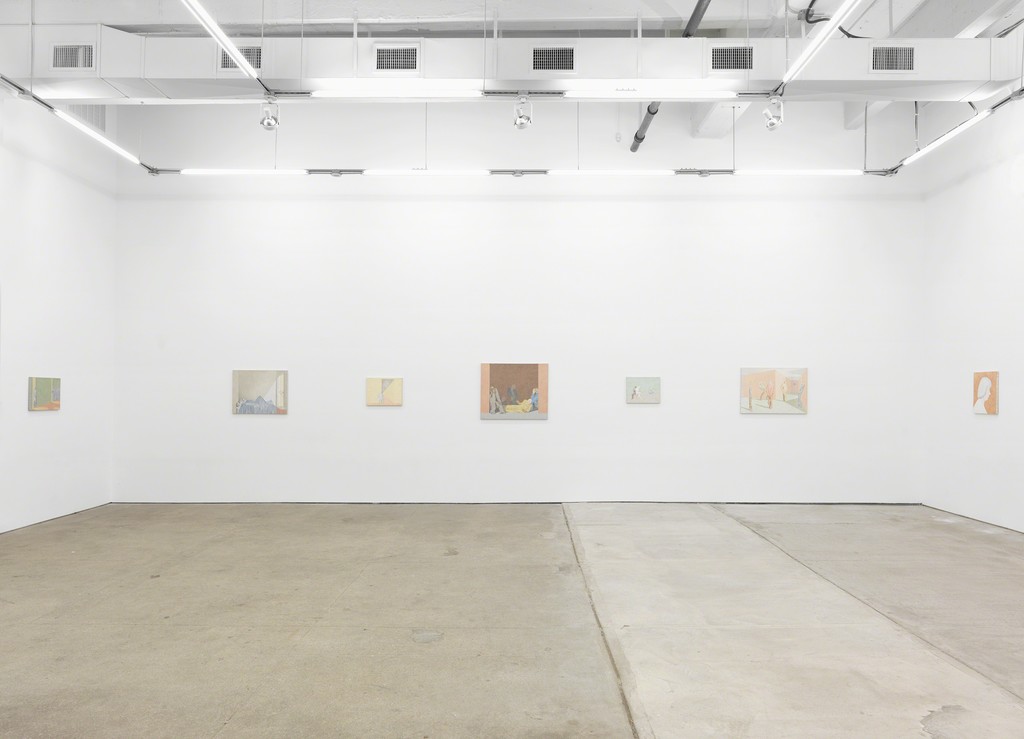 It is the body that will remain
without the mind,
the mind, i.e., the patient.
-Antonin Artaud

“The Patients And The Doctors,” the title of this exhibition, is taken from a short 1947 text by the revolutionary dramatist, writer, and artist Antonin Artaud (1896-1948). Artaud’s remarkable life in his own words was “beautiful but hideous” - it was marked by illness, addiction, and psychiatric hospitalizations. His work includes plays, screenplays, manifestos, poems, drawings – as well as letters to his lovers, editors and doctors – all of which comprised a sustained rant against the psychiatric apparatus that treated and confined him. For Artaud Western culture had morphed into a big hospital where all forms of difference and authentic experience, both life affirming and tragic, are suppressed under the sign of the “norm.” Health, says Artaud, is an ideology that is “meaner and pettier” than sickness. His strategy was to affirm his experience, beautiful and hideous: “I have been sick all my life,” he wrote, “and I ask only that it continue…Curing a sickness is a crime. It’s to squash the head of a kid who is much less nasty than life.”

The exhibition features a selection of works by two artists, a generation apart, David Byrd (1926-2013) and Peter Gallo (b. 1959); Byrd and Gallo both maintained, along with their artistic work, careers as attendants and case workers in the field of psychiatric and disability services – the world of day treatment centers, group homes, mental health agencies, psychiatric wards, and rehab programs. In different ways the artists have taken up Artaud’s challenge, and bear witness to the inadequacy and force of the apparatus, and its cultural pervasiveness, but also to the resilience of many of those who live and work there.

David Byrd’s paintings portray, in the tradition of LeBrun and Gericault, a “physiognomy” of psychiatric ordeals. However, rather than document schizophrenia or psychosis as medical facts, Byrd offers a highly expressive image of the medicalized experience of mental illness as it is shaped by the enclosure of the hospital or group home itself. The figures in his pictures, both patients and attendants, assume forms determined by the walls, hallways, lavatories, and the psycho-pharmacology that confines them. Byrd paints all of this with the lightest and most sensitive touch, and in what appears to be a tender regionalist style. In “Line for Meds” (1989) patients line up for their daily regimen of psychotropic drugs; their shapes take on the affect-less capsule-like shapes (and mood effects) of the pills they consume. Yet, as in “Waiting and Aging” (1989), figures also assume, even in the midst of psychic distortion, beautiful forms. A lovely tableau such as “Woods, Hospital” (1968) features a stand of blossoming spring trees in the hospital yard, and recalls Van Gogh’s paintings of spring in the enclosed pastures around St. Remy, attesting to the ever present and accessible lyricism and beauty of life and nature.

Peter Gallo evinces a similar lightness of touch, however, there is a performative aspect to his work. He cites Artaud as a significant influence, and sometimes deploys Artaudian scans of language, often from other authors, which he scrawls onto his works. He uses his body as template and traces and cuts out shapes of his hands, staples or stitches them with dental floss and wine-stained string into canvases made of old clothes. Blood, desire, the cosmological, the sacred, and queerness are alluded to in his works in sometimes abject, “authentic” ways. Despite this direct approach, critics have noted the artist’s sophisticated cultural lexicon, his highly nuanced material sense, and his sometimes “breathtaking ability to evoke issues of great import.” The allegorical and “scavenger” aspect to Gallo’s approach is also reflected in the artist’s use of imagery. The “ship of fools” which Foucault tells us belongs to the West’s story of madness and alterity since the late Middle Ages, is a common figure in Gallo’s ouevre. “Blood Drive” (2014-15), part of a series of works based on local Red Cross blood drawing posters, is painted on a bed sheet stapled to a makeshift stretcher and features his signature ship; the work links queer history, love, and contagion, as well as the peculiar experience of the painter, to an ancient history of exclusion and marginalization. An allegorical impulse is also evident in his tendency to exhibit works in ensembles, as fragments of a living, always unfinished process.

David Byrd was born in Springfield, IL, in 1926. His father died and his mother left the home when he was a boy, thus he spent part of his youth in foster homes. When he was sixteen, David left Illinois and moved to Brooklyn, NY to be with his mother who sold tickets at a movie theater. A year later he joined the Merchant Marines. He was then drafted into WWII. He attended the Dolphin School of Art in Philadelphia on the G.I. Bill and later transferred to the Ozenfant School of Art in New York City, where he studied with Amedee Ozenfant, the famous academic cubist who collaborated with Le Courbusier and Max Jacob. From 1958-1988 Byrd worked as an orderly at the Veteran’s Administration Medical Hospital in Montrose, NY, caring for veteran psychiatric patients. Byrd retired in 1988. He lived a reclusive life building his home and painting the people and situations he had observed during the years he worked as an orderly. He had his first exhibition in 2013, at the age of 87, the year of his death, at Greg Kucera Gallery, Seattle, WA. Kucera featured his work in a one-person presentation at the Art Dealers Association of America Art Show, in New York, in March of this year. This exhibition coincides with “War is Always With Us”, a solo exhibition at The Catherine G. Murphy Gallery at St. Catherine University in Minneapolis, MN.

Peter Gallo was born in Rutland, VT and lives and works in Hyde Park, VT. He received his B.A. from Middlebury College, and his PhD in Art History at Concordia University in Montreal. His dissertation addresses the impact medicalization and biopolitics on modern and contemporary artistic experience. Gallo worked as a case manager at a mental health center in rural Vermont for many years. He also organized art workshops in day treatment centers, elder centers, and group homes as a member of the Grass Roots Art and Community Efforts (GRACE), based in Hardwick; GRACE was founded by his late friend the legendary artist Don Sunseri. He has exhibited extensively throughout the United States and Europe, most recently at the Douglas Hyde Gallery at Trinity College in Dublin (2014) and Anthony Reynolds Gallery, London (2012).